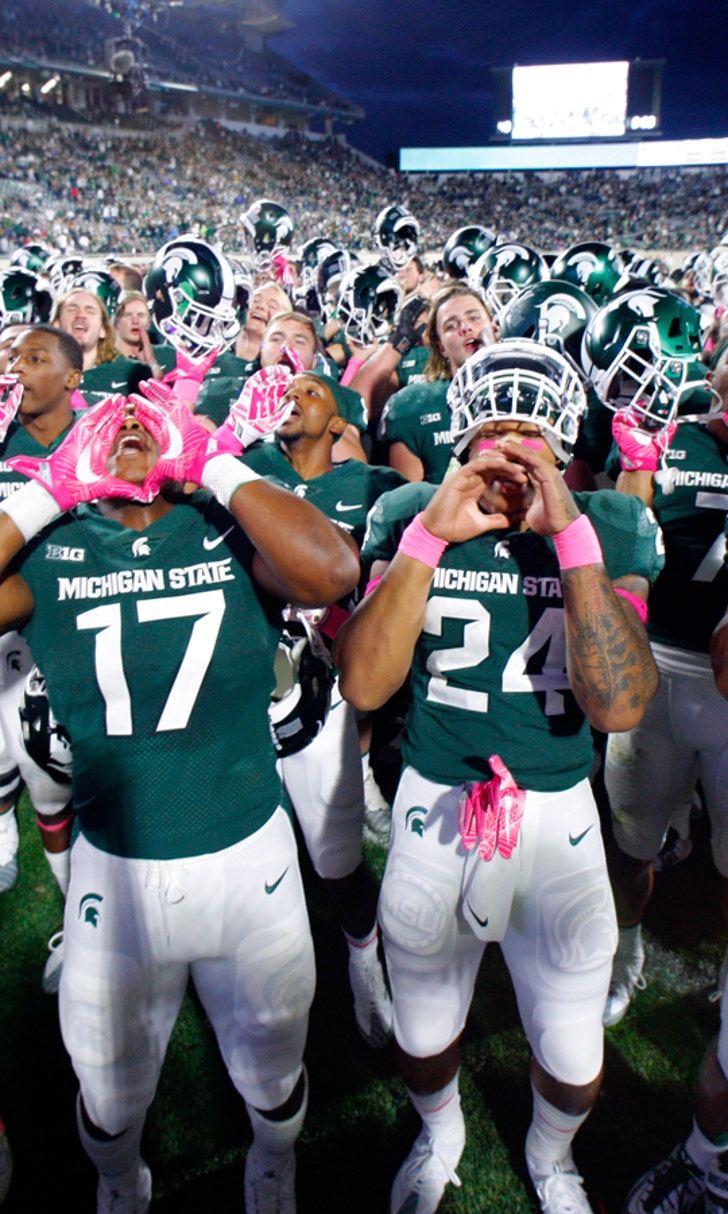 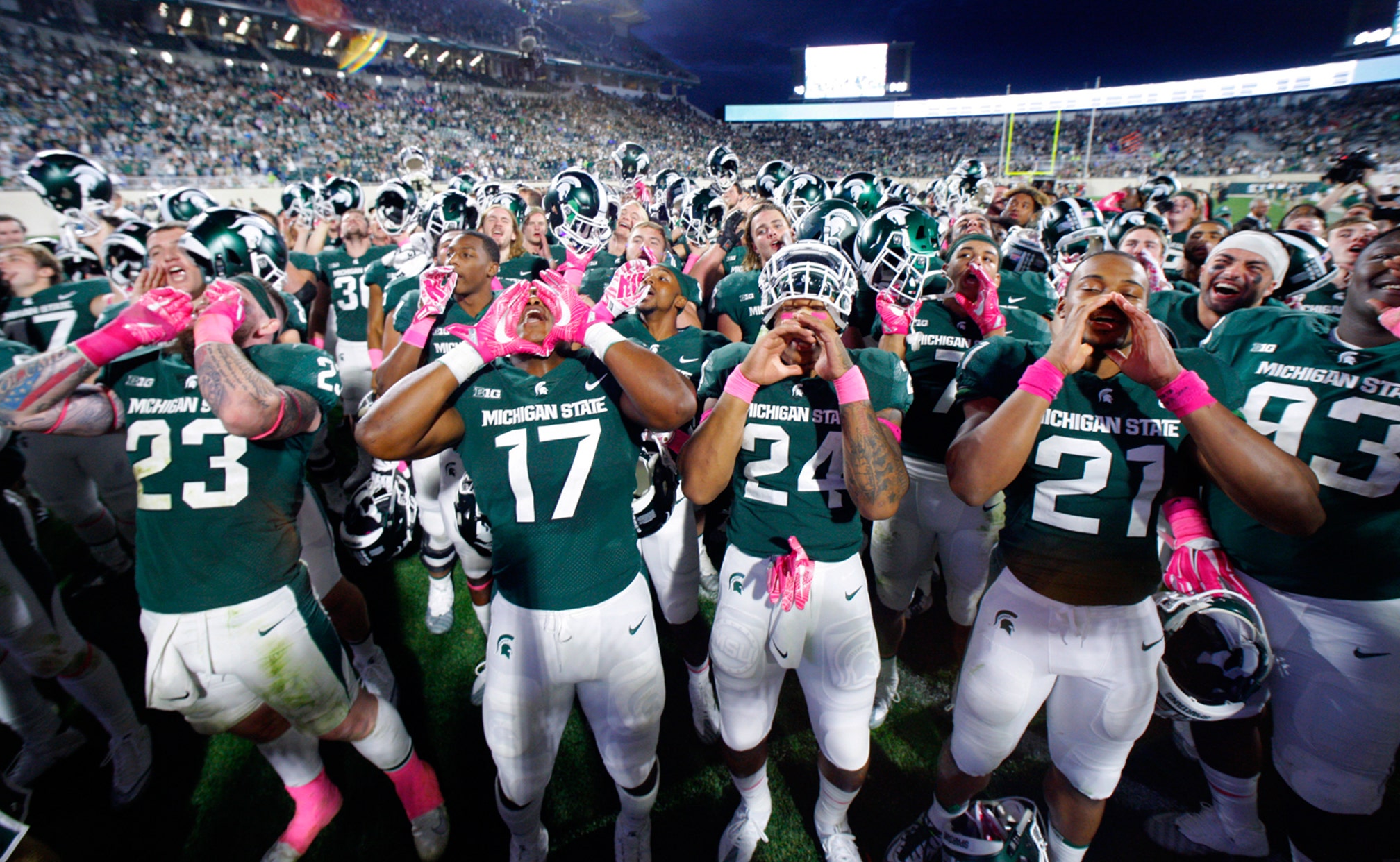 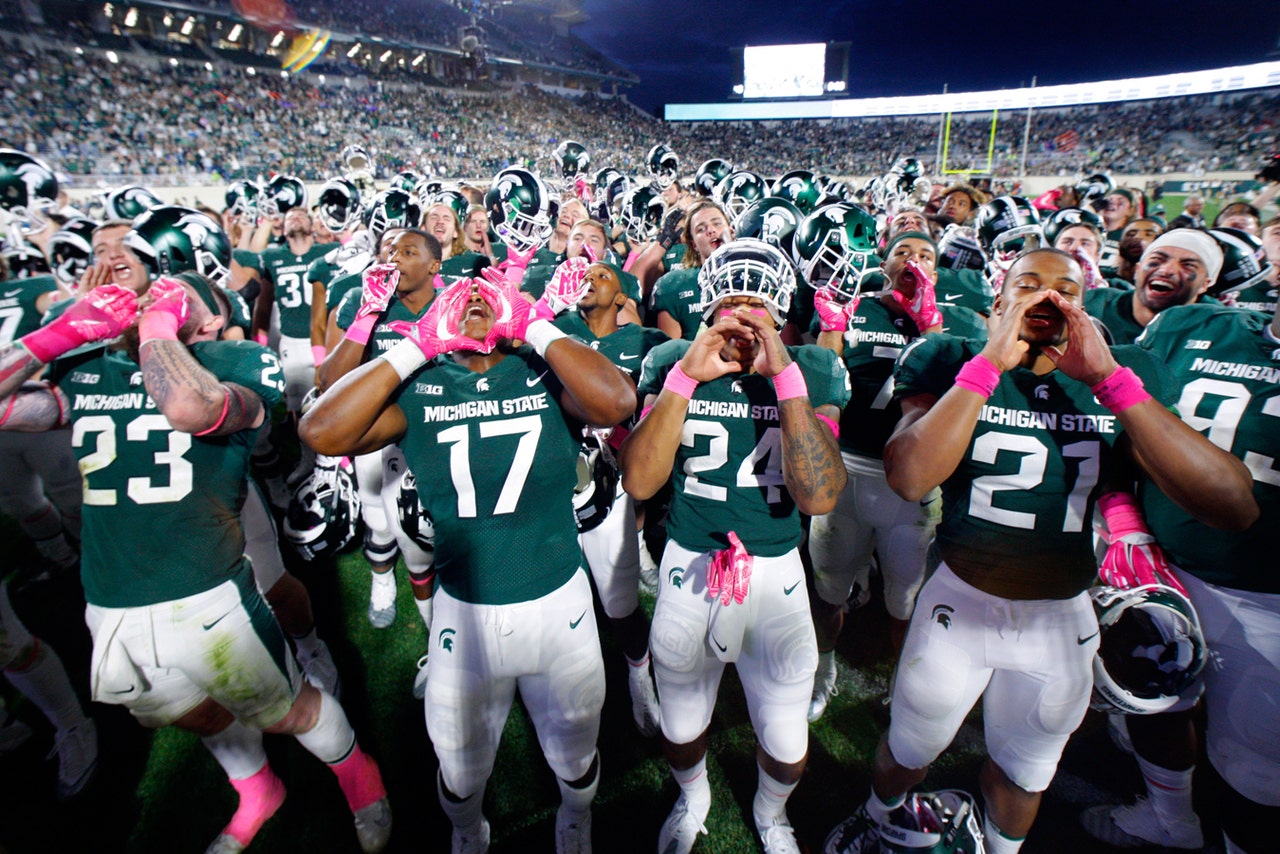 EAST LANSING, Mich. (AP) -- Michigan State came prepared with an appropriate symbol for its sixth victory of the season.

"We had a bowling ball in the locker room," quarterback Brian Lewerke said. "We're all going to sign it after -- on Monday or whatever."

Lewerke threw a 10-yard touchdown pass to Felton Davis with 5:59 remaining, and the 18th-ranked Spartans edged Indiana 17-9 on Saturday night to become bowl eligible. Securing a postseason opportunity has been a formality for much of coach Mark Dantonio's tenure at Michigan State, but after a 3-9 season in 2016, this win meant something.

"I think win No. 6 is big, this year especially," Dantonio said. "We get bowl eligibility, and we can now work on our next goal, which is really just finishing this, what I call phase, and getting into November."

Lewerke struggled for much of the game, but he was able to connect with an open Davis to the left side of the end zone. The extra point by Matt Coghlin put Michigan State (6-1, 4-0 Big Ten) ahead 10-9.

On the next possession, the Spartans forced an Indiana punt -- one of 17 the teams combined for. Then LJ Scott ran 18 yards for a touchdown for Michigan State with 1:49 remaining. Coach Tom Allen said the Hoosiers were letting the Spartans score so they could get the ball back with a chance to tie.

"That's the only chance we had. That allowed us to be down by eight," Allen said. "We were just afraid they were going to take a knee and milk it that way. I've personally never done that before in a game, but that's exactly what you should do to get a chance."

Indiana (3-4, 0-4) had enough time but wasn't able to cross midfield before turning the ball over on downs.

Shut down for most of the game, the Spartans drove 55 yards for the go-ahead touchdown. Lewerke completed a short pass to freshman Hunter Rison to convert fourth-and-3, and a reverse to Davis on the next play gained 16 yards, setting up first down at the Indiana 13.

Lewerke's pass to Davis for the game's first touchdown gave Michigan State a breakthrough in a tough, defensive matchup.

Griffin Oakes kicked three field goals for Indiana, the last of which put the Hoosiers up 9-3 with 12:29 remaining.

Indiana came up just short for a second straight week against a team from Michigan. The Hoosiers lost in overtime to the Wolverines last weekend.

Indiana: The Hoosiers have four losses on the season -- Saturday's, plus defeats against Ohio State, Penn State and Michigan. There's no great shame in that, but a game defensive effort against Michigan State ultimately went to waste.

"It's obvious we can play with anybody in this conference. It's been obvious for years," Oakes said. "There are just little things that we need to figure out."

Michigan State: The Spartans remain unbeaten in Big Ten play and have certainly exceeded expectations this season. Like many of their victories this year, this wasn't pretty, but Lewerke made some crucial throws on Michigan State's two touchdown drives.

Scott was in the news this week because of legal problems pertaining to his driver's license. Dantonio had said he would play but his status would be "affected" for the game. He was held out at the very beginning but ended up with 87 yards on 22 carries.

"It was just communications between me and the Secretary of State," Scott said. "I'm just glad to have it all cleared up and make sure nothing like that happens again."

Michigan State lost to Indiana in overtime last year, but the Spartans pulled this game out to win back the Old Brass Spittoon. The Hoosiers haven't been credited with two wins in a row in this series since 1993 and 1994, and the latter of those victories came via forfeit. Before that, Indiana's most recent consecutive victories over Michigan State came when the Hoosiers won three straight from 1967-69.

Michigan State: The Spartans didn't earn many style points in this one, but the victory should be enough to keep them firmly in the Top 25.

Indiana: The Hoosiers play at Maryland next Saturday.

Michigan State: The Spartans go on the road to face Northwestern.