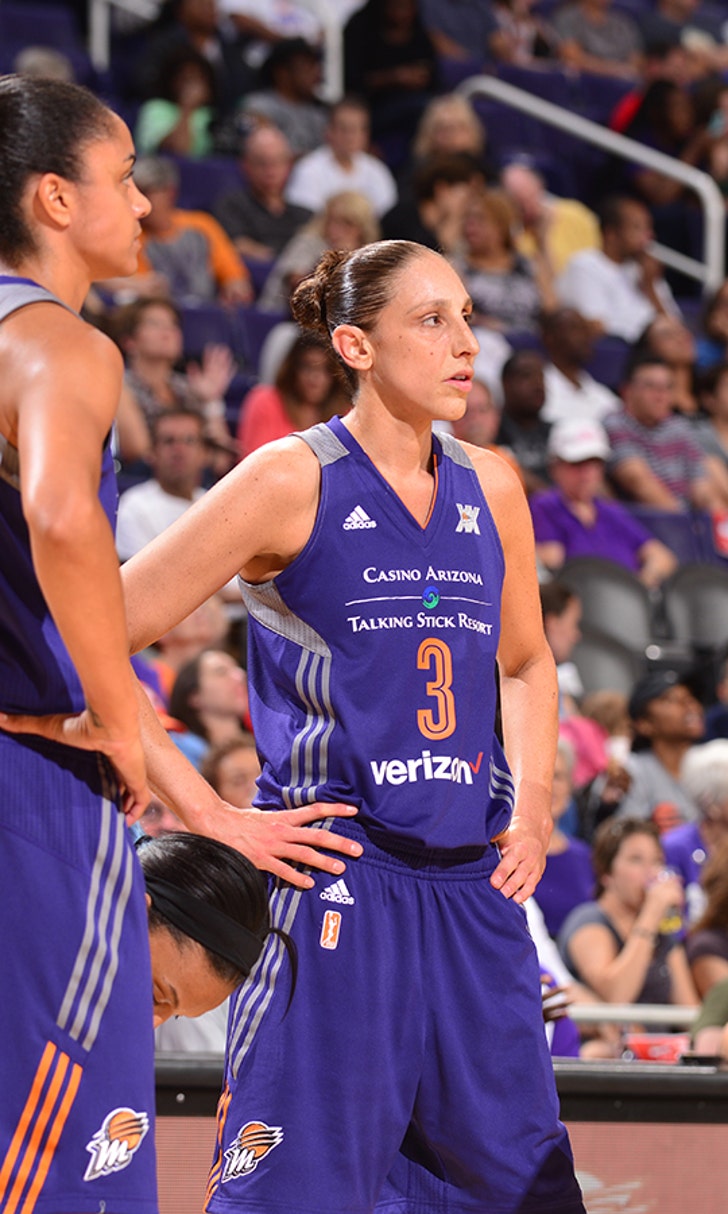 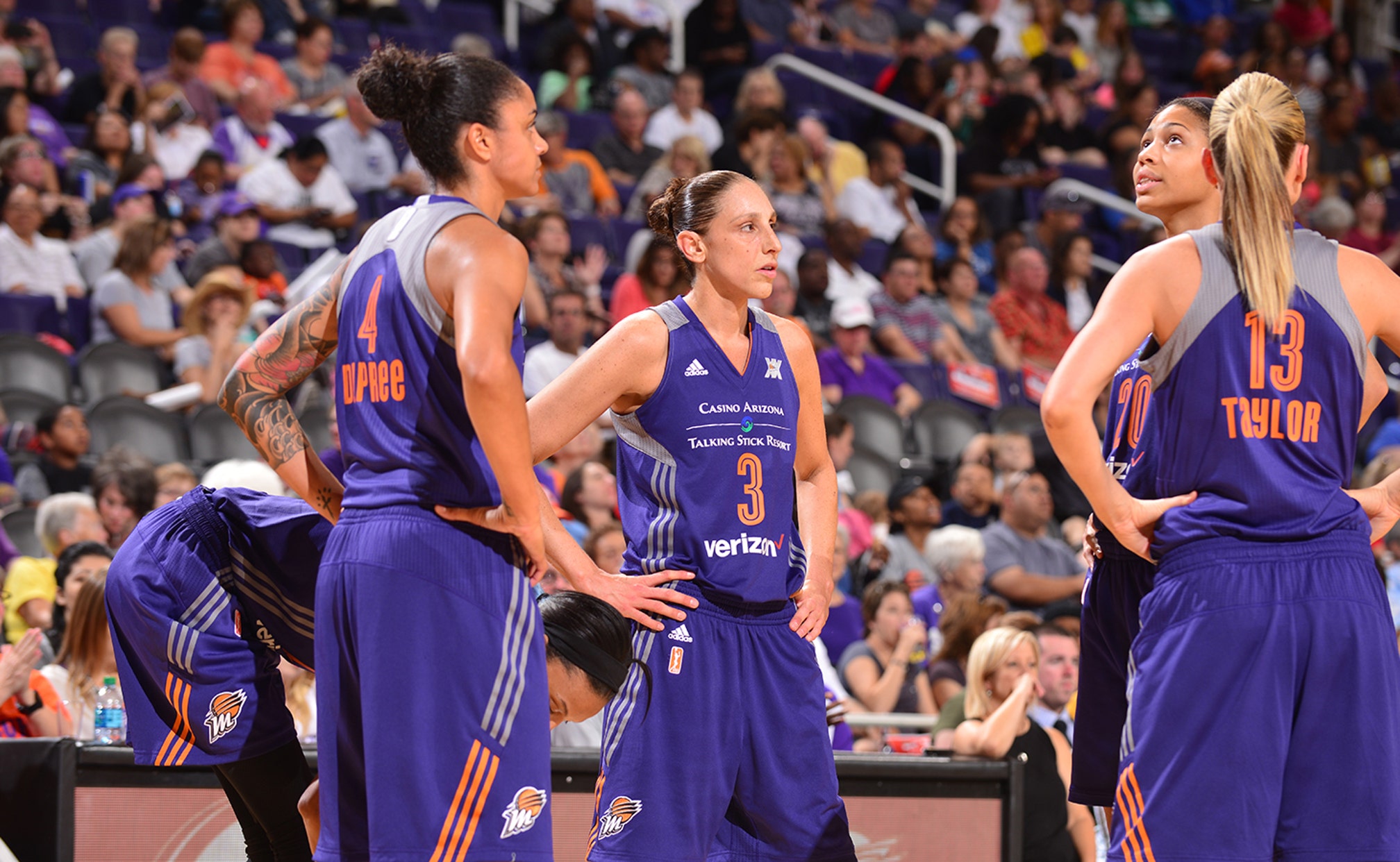 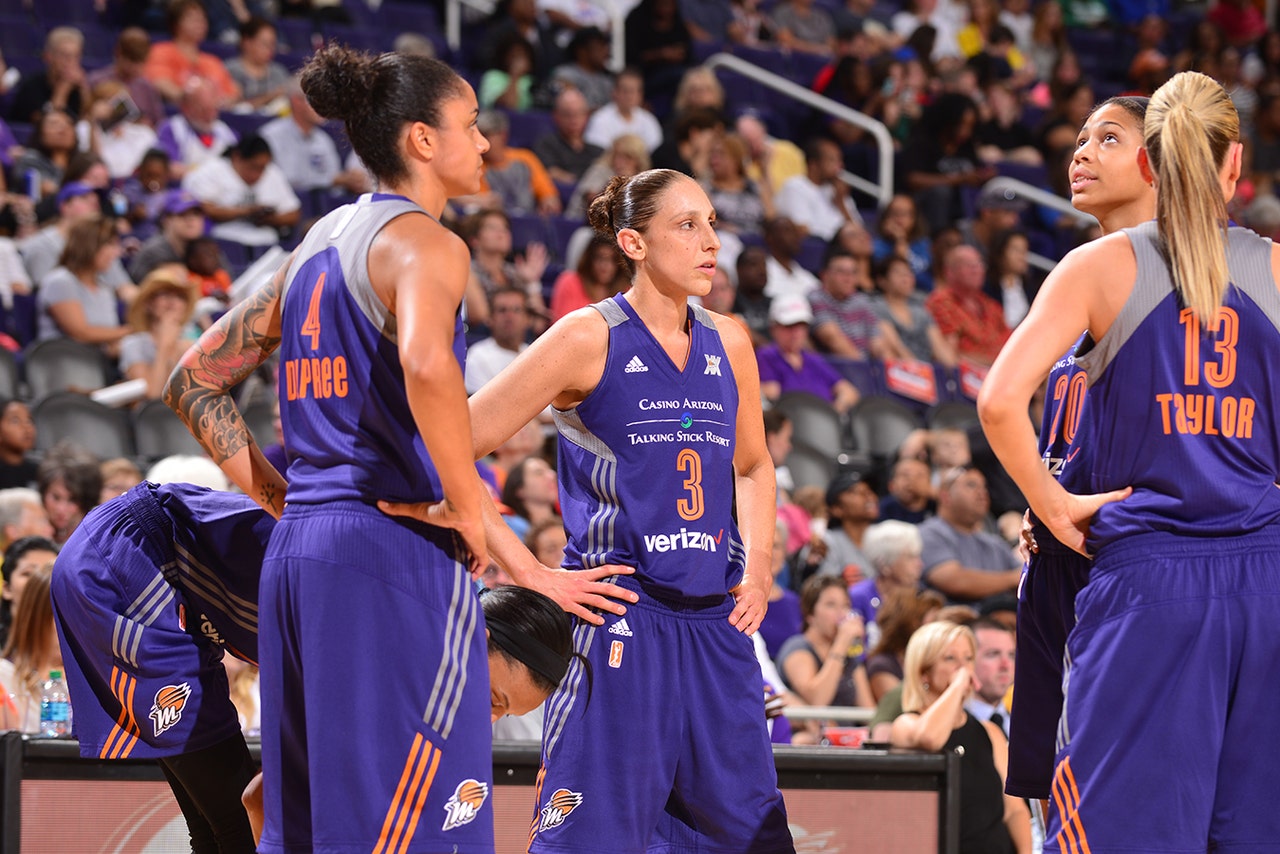 NEW YORK -- There are two weeks left in the regular season and the WNBA playoff picture is quite blurry.

Minnesota and Los Angeles have clinched the top two seeds. Who gets the No. 1 is still up in the air. The Lynx and Sparks meet Tuesday night, with the winner getting the tiebreaker. New York needs one more win or Chicago loss to clinch the three seed.

After that it's wide open, with four games separating fourth and 10th. The league couldn't ask for a more exciting finish in its first season under a new format where the top eight teams regardless of conference affiliation make the postseason.

"We could easily not make the playoffs," Diana Taurasi said after Phoenix dropped a second straight game Saturday to New York. "We need to play with a lot more urgency."

While there is a lot of movement among the teams, the AP WNBA power poll had every team remain in the same spot for the first time all season this week.

1. Minnesota (24-5): Getting home court throughout the playoffs would be huge for the Lynx. Also getting to rest some of their aging veterans in the final week would be big too.

2. Los Angeles (24-5): The Sparks haven't been as sharp as before the Olympic break, but still are finding ways to win.

3. New York (20-9): Injury bug has nipped the Liberty, with Kiah Stokes, Shoni Schimmel and Tanisha Wright all hurt. Coach Bill Laimbeer hopes to have them back for the playoffs.

4. Chicago (15-13): No team is playing better right now than the Sky, who have won four straight and are making a push for the fourth seed.

5. Atlanta (14-14): Consistency has plagued the Dream all season long. They need to put together a few wins to seal a first-round home game in the playoffs.

6. Phoenix (13-16): When the Mercury play defense they can beat anyone. When they don't, they can lose to anyone.

7. Indiana (13-15): There are at least two weeks left in Tamika Catchings' storied career. The Fever would love to extend it further with one more playoff run for their star.

8. Seattle (12-17): Good teams win on the road. The Storm will need to do just that to make the playoffs, with three of their final five games on the road.

9. Connecticut (11-18): The Sun have a light week until playing five games in the final 10 days of the season.

10. Washington (11-17): Huge games coming up against Seattle and Connecticut mean the Mystics control pretty much control their own playoff destiny.

11. Dallas (9-21): It really wasn't long ago when the Wings were being talked about as a serious playoff contender. An 11-game losing streak has changed that talk.

12. San Antonio (6-22): Not the way Dan Hughes wanted to end his coaching career with the Stars back in the draft lottery again.

Phoenix's Brittney Griner had her first dunk of the season in a loss to Connecticut on Friday night. Griner now has eight in her WNBA career, the most by far of any player in the league's 20-year history. She had the one-hand slam off a pick and roll with Taurasi.