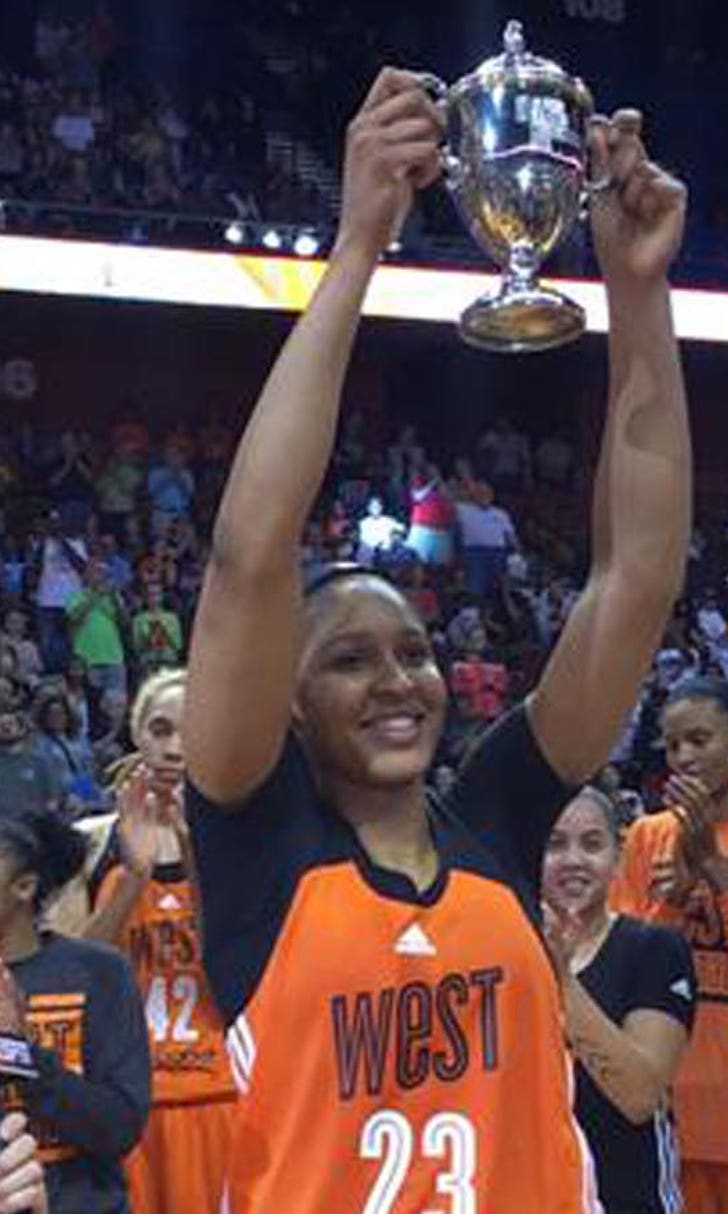 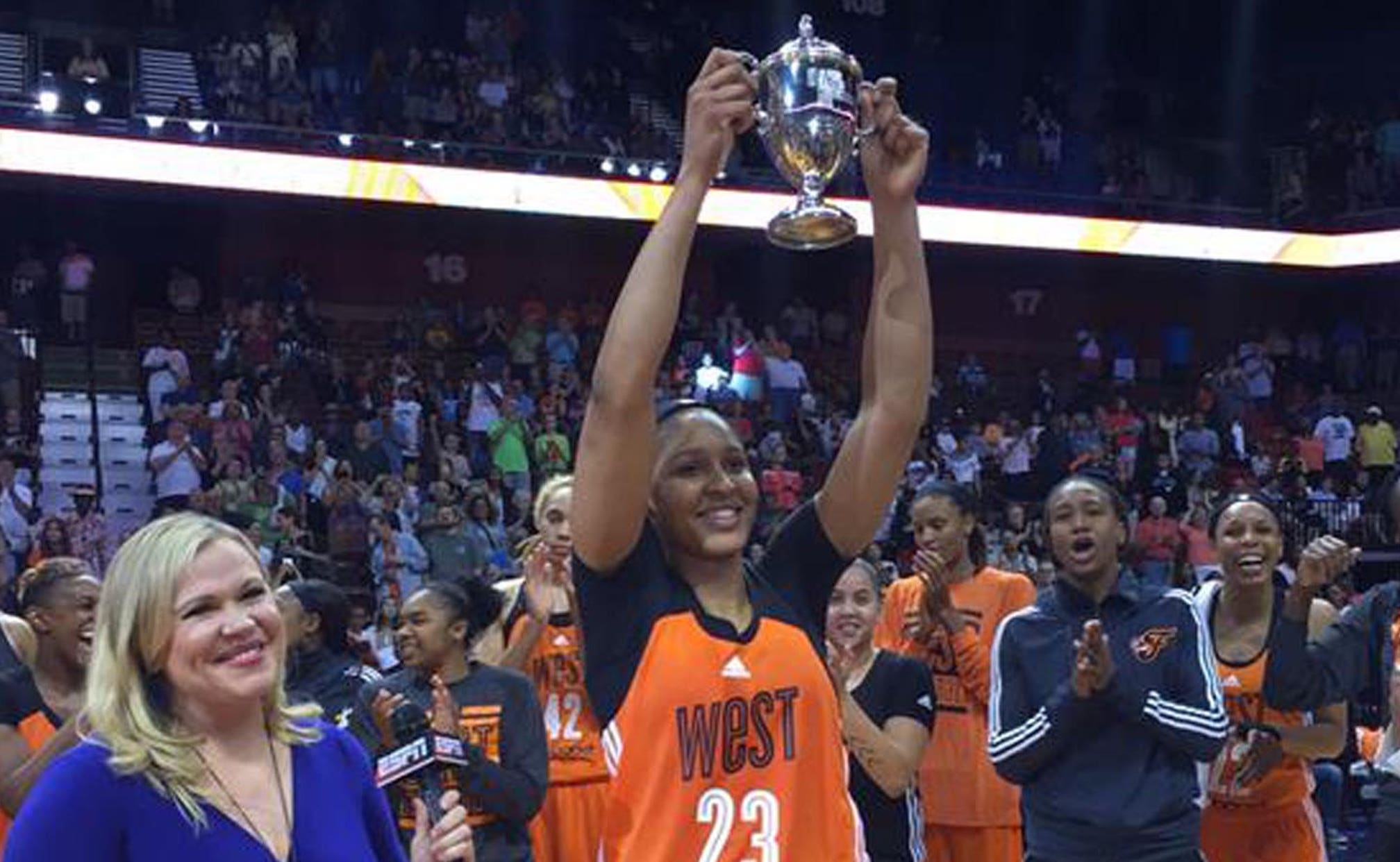 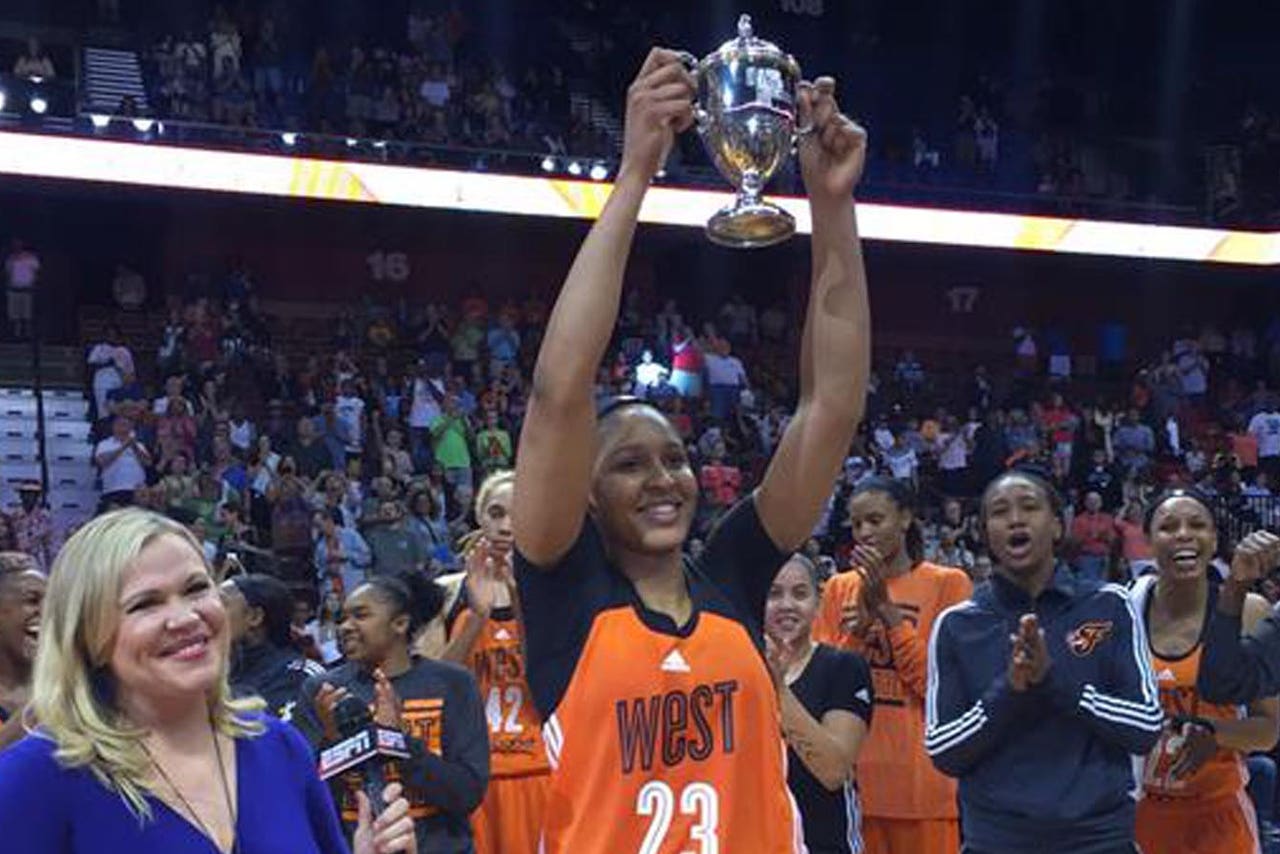 UNCASVILLE, Conn. -- Maya Moore has always enjoyed playing in Connecticut. She put on another show in the state at the WNBA All-Star Game.

Moore scored a record 30 points to lead the West to a 117-112 victory over the East on Saturday. She had eight straight points in the final 2 minutes to turn a one-point deficit into a 113-106 advantage for the West. After a basket by the East cut it to a four-point game, the Minnesota forward hit another deep 3-pointer to seal the victory.

"It was a blast of a game, those are moments that are fun for us," said Moore, who starred at UConn and led the Huskies to an NCAA-record 90 straight wins and two national championships. "The game's on the line, one-point game, let's go out and play, see who wins."

Western Conference coach Sandy Brondello, who has seen Moore put on dazzling displays from the opposite bench was happy to have Moore close out the game for her team this time.

"It was great to have that opportunity to coach her," Brondello said. "She's an amazing athlete. She's special in crunch time. We've all seen her do that in her career college and the pro leagues. She knows how to put the ball in the hole."

Even without stars Skylar Diggins, Lindsay Whalen and Seimone Augustus, who were sidelined by injuries, there was still plenty of offense for the West. Injury replacement Kayla McBride, a first-timer, scored 13 points in the first half to help keep the West in the game. It trailed 59-58 at the break.

The West's victory was the All-Star swan song for Indiana star Tamika Catchings, who has played in a record 10 of them. She is planning to retire at the end of next season and the WNBA typically doesn't play All-Star games in Olympic years.

Catchings has faith the league is in good hands with young stars like Maya Moore, Brittney Griner and Elena Delle Donne.

"Today's a good example of how good the WNBA will continue to be," Catchings said. "I remember looking around the room at the player's meeting the other day and seeing so many first-timers standing up."

Catchings became the league's career leader in All-Star points with a putback in the second quarter right after she broke up a potential dunk attempt by Griner on a fast break. She finished her All-Star career with 108 points, passing Lisa Leslie.

Griner later got a two-handed slam midway through the third quarter. She followed it up on the next possession with a 3-pointer that gave the West its first lead since early in the game.

The West opened up a double-digit lead before the East rallied behind Connecticut Sun star Alex Bentley, who was playing in front of her home crowd. The game was tight in the fourth before Moore took over in the final minutes.

Griner finished with 21 points for the West.

Delle Donne, who was the leading vote-getter this season, made her first All-Star appearance. The Chicago Sky star was voted in the last two years as a starter as well, but couldn't play because of injuries. Playing in the game was just part of what was special for Delle Donne. She also wore a pair of shoes designed by Matthew Walzer, a 19-year-old college student who challenged Nike to make a shoe for people with disabilities. Delle Donne's sister, Lizzie, has cerebral palsy and is blind and deaf.

The All-Star met the designer on Friday and he was sitting courtside for the game Saturday.

"It truly was the highlight of the weekend for me," said Delle Donne, who finished with 16 points. "These are shoes that are going to make a difference for people."

Delle Donne wasn't the only All-Star making her debut. There were 10 first-timers -- the most since 2011. One All-Star rookie was Plenette Pierson, who is in her 13th year in the league. Pierson had fun during one timeout, taking a cheerleader's pom-poms and leading the fans in a cheer.

Bentley, another All-Star newbie, responded by getting the fans, which included NBA Commissioner Adam Silver, to cheer even louder. She left her mark on the court as well, converting a spectacular reverse layup in the second quarter by throwing the ball high off the glass before it dropped in the basket.

"Today's about just having fun," said Bentley, who led the East with 23 points. "Seeing the best come out and showcase their talents, I wanted to pump up the crowd."