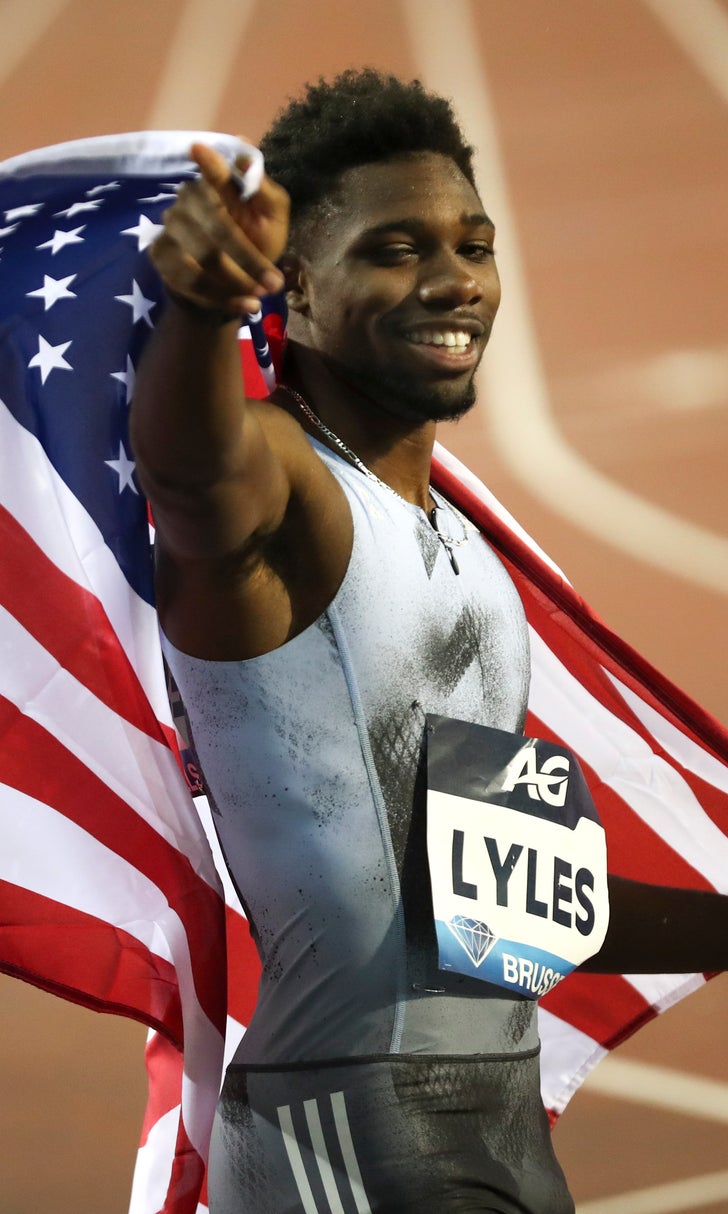 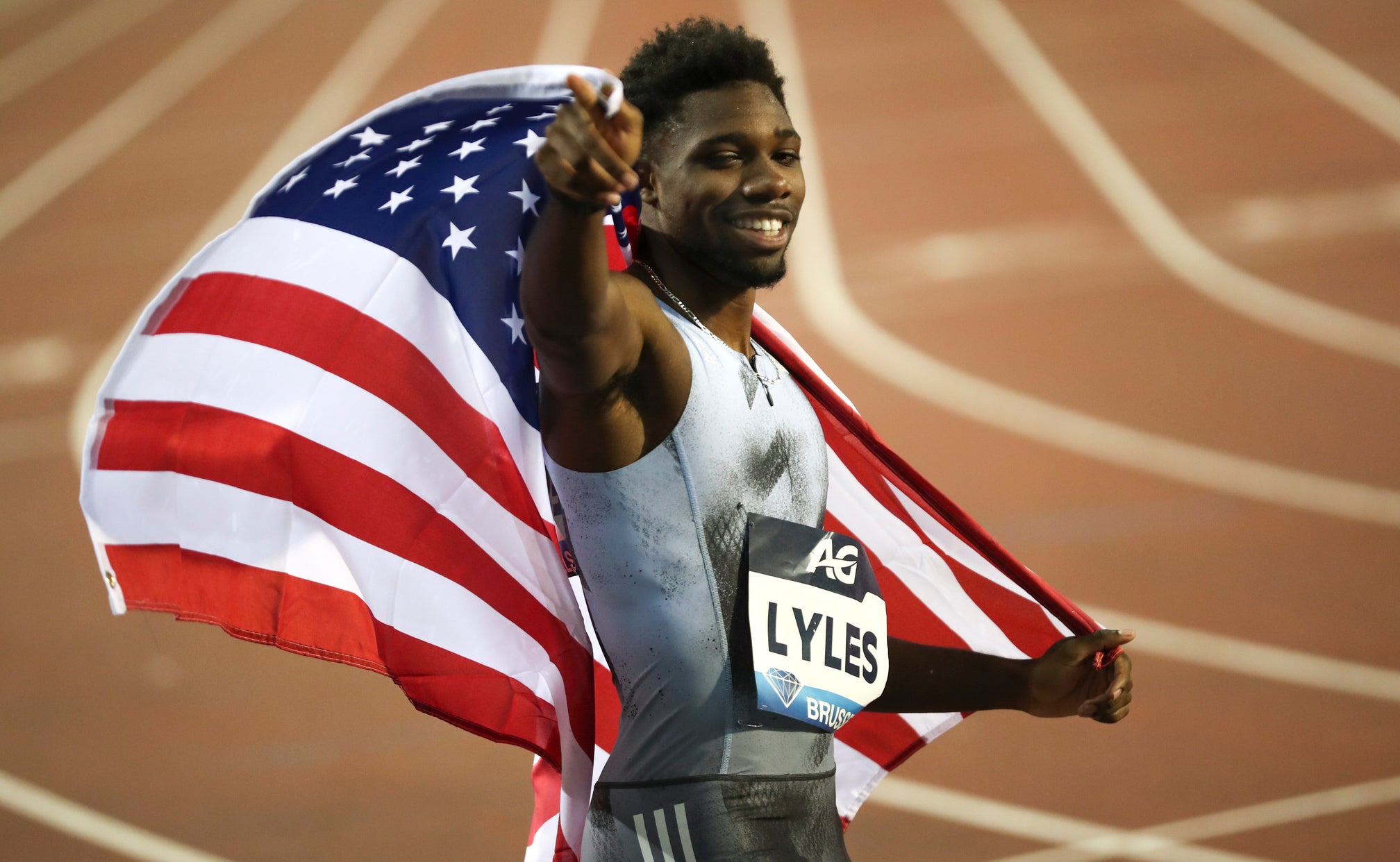 BRUSSELS (AP) — American sprinter Noah Lyles raced to the 200 meters title at the Diamond League finals on Friday, extending his winning run ahead of the world championships.

A chill Brussels evening was hardly good preparation for Qatar's heat, but steady rain and stomach pains tested Lyles in clocking 19.74 seconds. Only two other men have been faster this season.

"What a chaotic race it was. But I'm glad I could handle this," said Lyles, who was poised in the starting block when rain began falling.

A little legal wind assistance helped carry the gold-medal favorite to within 0.24 of his personal record, set in July in Lausanne, Switzerland.

The defending world champion, Ramil Guliyev of Turkey, was level with Lyles deep into the straight, and was pulled through to his season-best time of 19.86 as runner-up.

"My main goal is to reach the (worlds) podium," said De Grasse, the 2016 Olympic silver medalist. "It's going to be hard to beat Lyles and (Christian) Coleman."

Victory on Friday made Lyles the Diamond League season-long champion at 200, adding to the 100 title he won last week in Zurich. It also earned a fourth place in the worlds 200 lineup for the United States.

Lyles is skipping the 100 when the world championships start on Sept. 27 in Doha, leaving teammate Coleman as favorite.

Another American, Michael Norman, is faster this season over 200 than Coleman — timing 19.70 when he edged past Lyles in Rome — but is focusing on the worlds 400.

Norman's victory on Friday in 44.26 seconds was a warmup of sorts, though the 16-degree (60 F) temperature in Belgium's capital city is well below the 30 C (86 F) evenings expected in Qatar.

It suited Dina Asher-Smith in the 100 as she beat two-time Olympic champion Shelly-Ann Fraser-Pryce of Jamaica in her season-best 10.88 despite a slight headwind.

"Today it was typical British weather," said Asher-Smith, the European champion. "The world championships will be completely different, another climate."

In the triple jump, Christian Taylor's winning leap of 17.85 meters set a record for the Van Damme Memorial meeting, set by Britain's Jonathan Edwards 24 years ago.

Other winners in the last major meeting before the worlds, included 2017 gold medalists Mariya Lasitskene in the high jump, at 1.99 meters, and Katerina Stefanidi with her season-best clearance of 4.83 meters in the pole vault.

Sifan Hassan added the Diamond League 5,000 title to the 1,500 she won last week, and Ajee Wilson of the U.S. won the 800. Her time was over two minutes, more than five seconds off Caster Semenya's world-leading time this year.