TAMPA, Fla. (AP) -- The Colorado Avalanche put together a strong all-around game to end a slide.

Alex Tanguay and Nathan MacKinnon each had a goal and an assist, Semyon Varlamov made 34 saves and the Avalanche beat the Tampa Bay Lightning 2-1 on Thursday night to end a four-game losing streak.

Varlamov won his 108th game with the Avalanche and moved past Dan Bouchard into second place on the franchise wins list. Jarome Iginla had two assists to move past Phil Housley (1,232) into sole possession of 38th place with 1,233 points in his career.

"He was our first star tonight," Colorado center Matt Duchene said of Varlamov.

Tampa Bay, coming off a 1-1-2 road trip, got a goal from Alex Killorn.

Tanguay opened the scoring during a goal-mouth scramble with 4:03 left in the first. A no-goal call on the ice was overturned after a video review.

The Avalanche made it 2-0 with 6:56 left in the second after Iginla sent a pass from behind net off goalie Ben Bishop that MacKinnon put into the net from in-close.

"It's a good mix regardless how old we are," MacKinnon said. "We seem to mesh pretty well."

MacKinnon has five goals and 10 points in five games against the Lightning.

Killorn got the Lightning within 2-1 during a power play with 4:14 left in the second. It ended a scoreless stretch of 156 minutes, 3 seconds for Tampa Bay, which had consecutive road shutout losses at Chicago and St. Louis.

"If they weren't frustrated, I'd probably have a little bit of an issue," Lightning coach Jon Cooper said of the recent offensive woes. "They're frustrated like we all are."

Tampa Bay center Tyler Johnson, who played most of last season's Stanley Cup Finals loss to the Blackhawks with a broken wrist, has not scored a goal in 11 games this season. Team captain Steven Stamkos has five goals, but none over the last four games.

Varlamov stopped a short-handed breakaway shot late in the first by Valtteri Filppula. The goalie also made a save on Ondrej Palat's breakaway early in the third.

"He seemed really under control," Roy said. "He had a strong night from the start to the end. He made some great saves."

NOTES: Roy is 1-1-1 in road games at Tampa Bay. He never won a road game as a goalie against the Lightning during his Hall of Fame playing career, going 0-7-1. ... Lightning LW Jonathan Drouin was a late scratch with a lower-body injury. ... Tampa Bay C Cedric Paquette missed his second straight game due to an ankle injury. ... Cooper said Drouin and Paquette are doubtful for Saturday night's game against Boston. ... Lightning C Brian Boyle returned after missing three games with an undisclosed injury. ... Tampa Bay recalled C Jonathan Marchessault from Syracuse of the AHL. 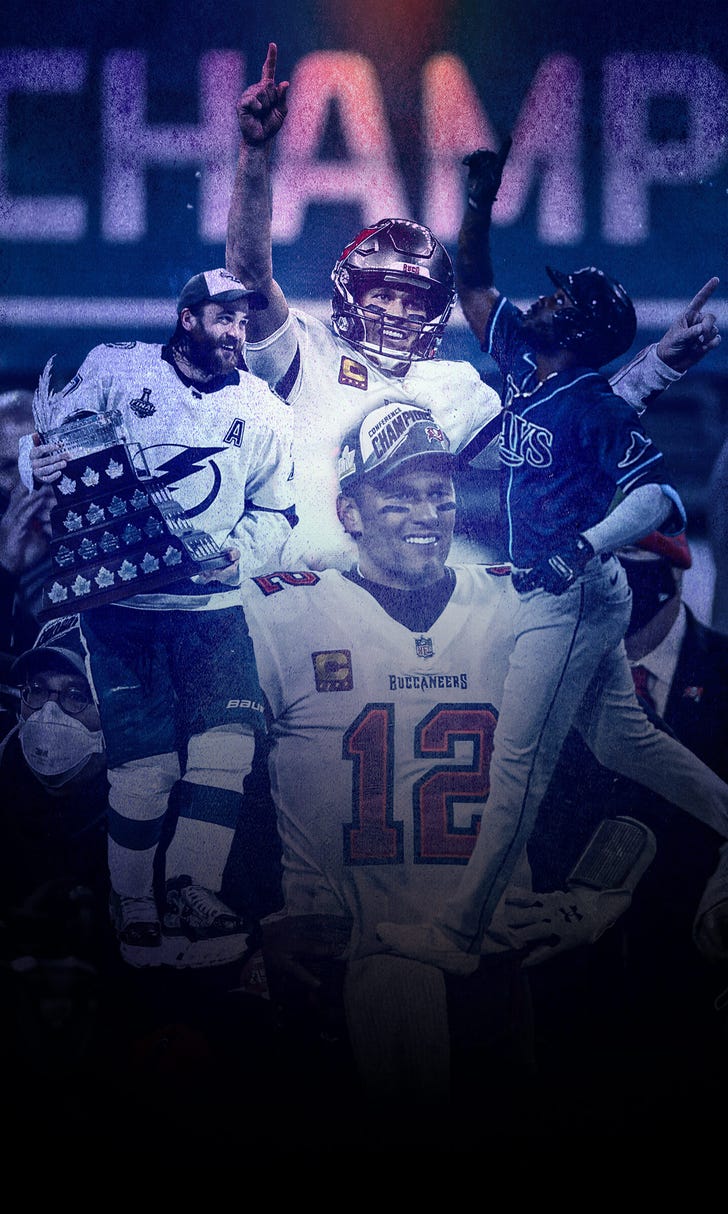 A New City Of Champions

A New City Of Champions
Tampa used to be a sports laughingstock, but its teams have totally flipped the script in the past year, Eric Adelson writes.
February 1

The Battle For Titletown USA
Both have won titles already this year. Now, L.A. and Tampa Bay vie for ownership of the sports world, Martin Rogers writes.
October 19, 2020

Expect Fireworks In The NHL's Final Four
It's been a wild ride to the conference finals of the Stanley Cup playoffs. Here's how the two matchups stack up.
September 6, 2020