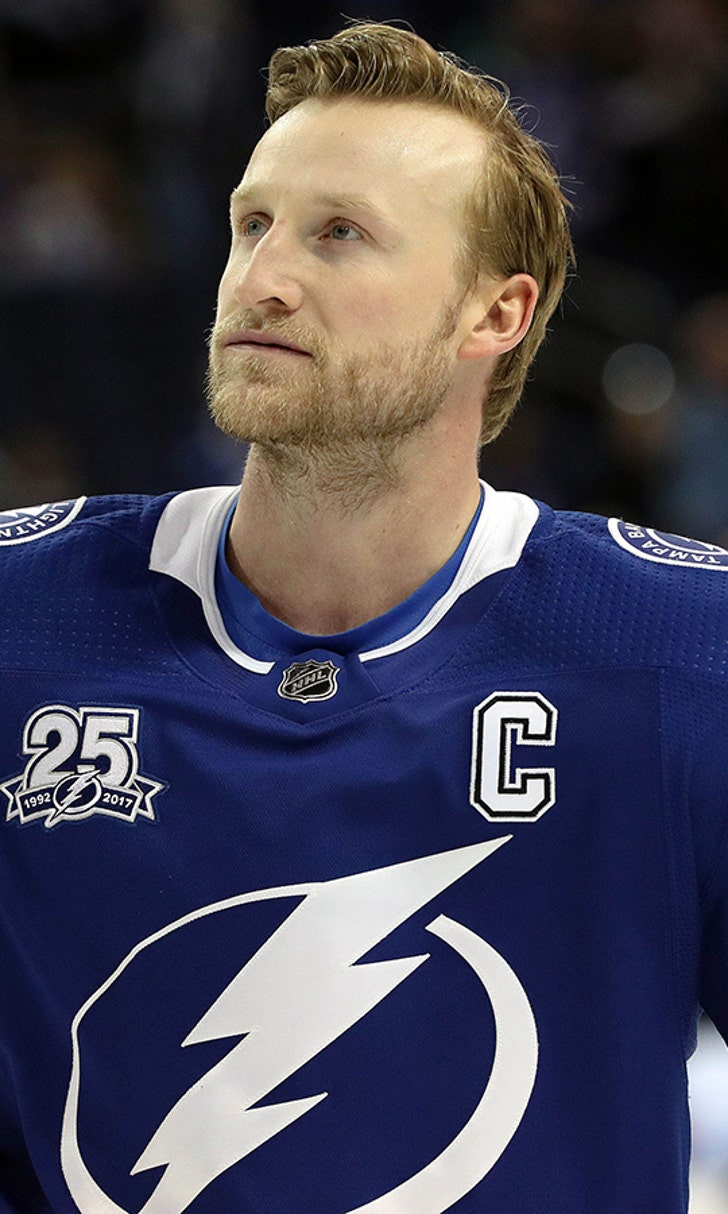 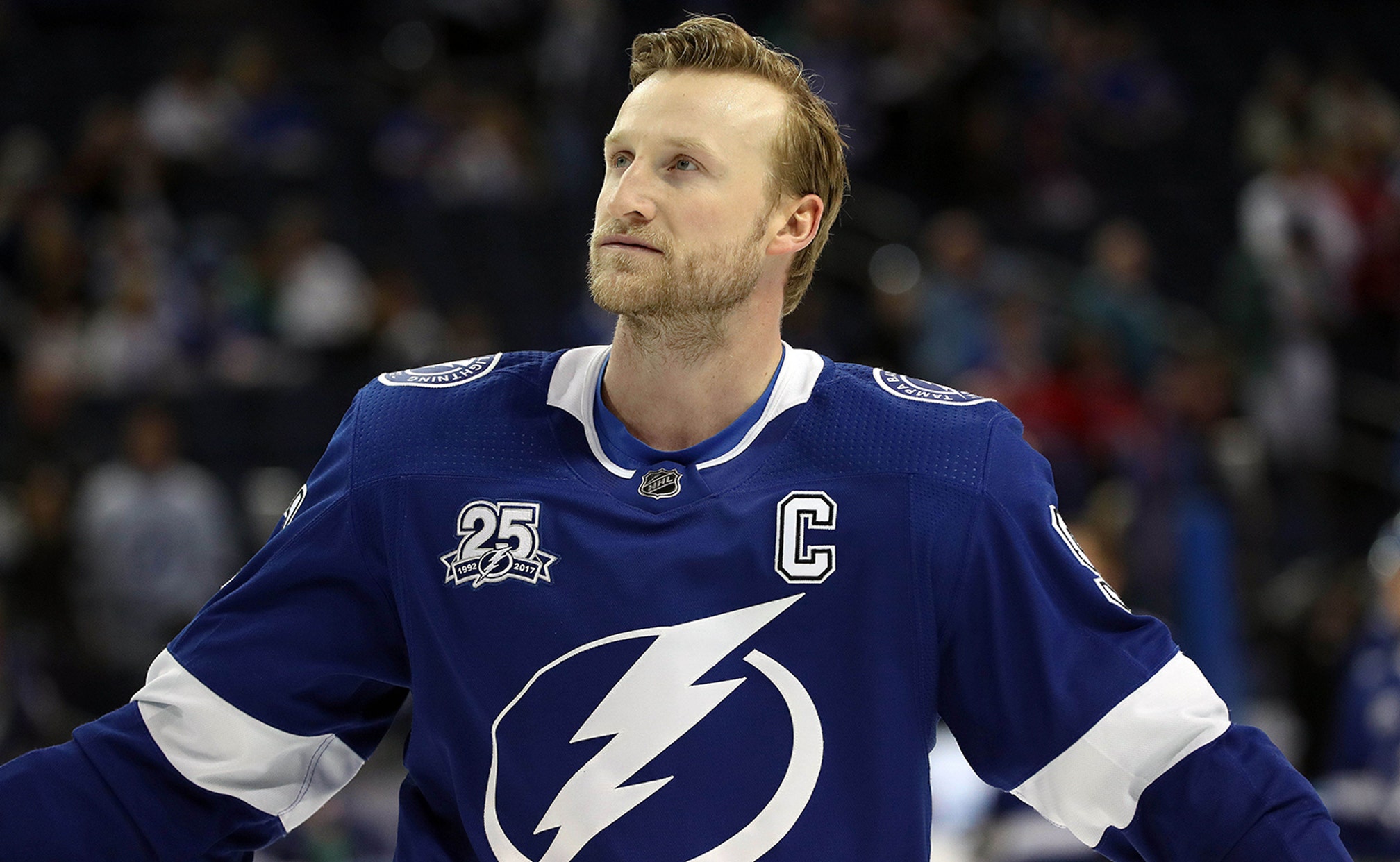 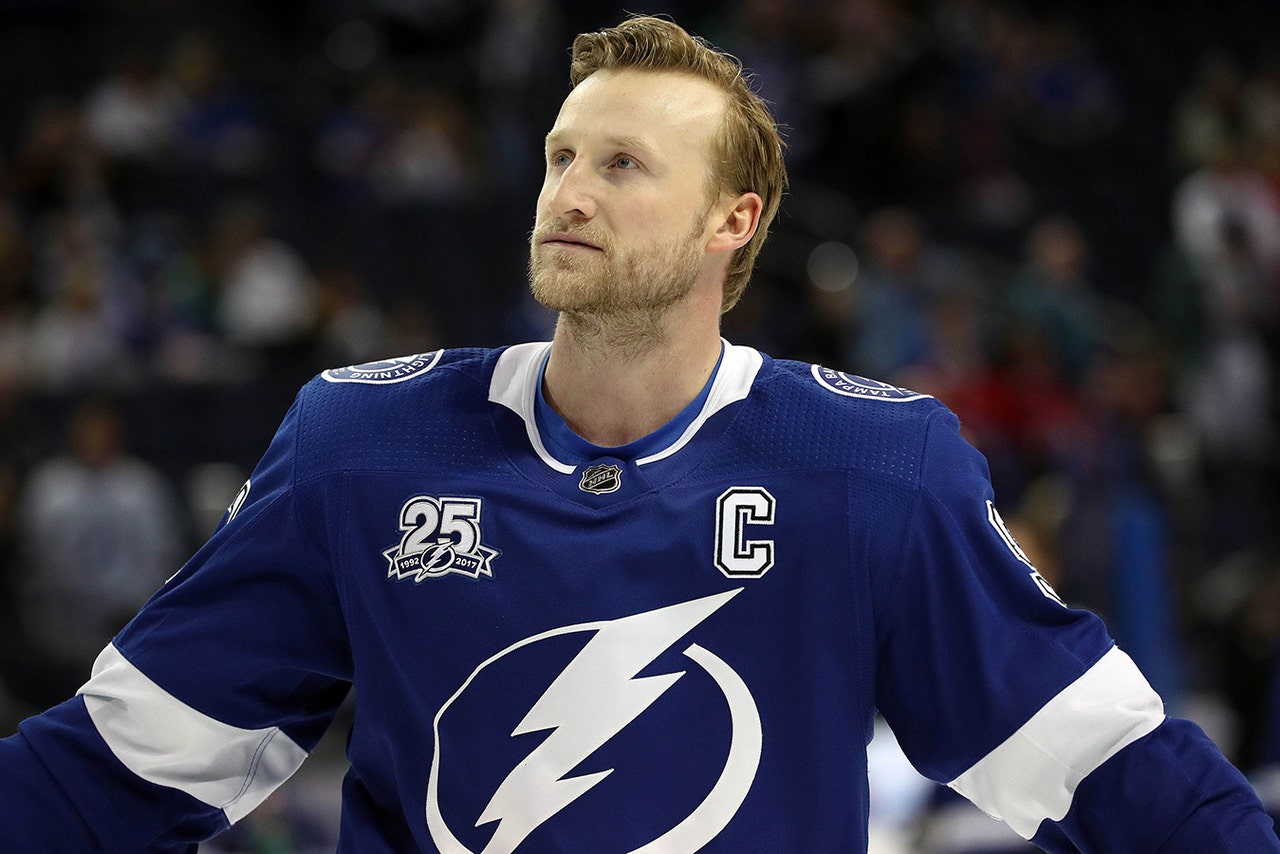 TAMPA, Fla. (AP) --Steven Stamkos is back on the ice, eager to lead the Tampa Bay Lightning into the NHL playoffs.

The five-time All-Star missed the last three games of the regular season with a lower-body injury. He returned to practice this week and hopes to be ready Thursday for the start of a first-round series against the New Jersey Devils.

"It was obviously tough," said Stamkos, who watched the Lightning go 2-0-1 down the stretch to hold off the Boston Bruins for the Atlantic Division title and No. 1 seed in the Eastern Conference.

"You want to be in those games. But the more important games are now, and I just want to make sure I feel as good as possible heading into the playoffs," the team's second-leading scorer added. "Hopefully it keeps progressing and I can feel good come Thursday."

Stamkos, a two-time Rocket Richard Trophy winner, rebounded from missing most of last season with a knee injury to bolster the NHL's most prolific offense with 27 goals and a career-high 59 assists for 86 points in 78 games.

The 28-year-old center anticipates a tough matchup against the young Devils, who won all three regular-season meetings between the teams.

"It doesn't really matter where you finish (in the standings) any more. All these other teams are their own different animals come playoff time," Stamkos said. "It's a fresh start once you get into the playoffs. Regular season is regular season. We all know that."

Stamkos' health figures as a key to the series.

He missed 65 games after undergoing surgery to repair a lateral meniscus tear in his right knee last season, when the Lightning narrowly missed the playoffs. Two years ago, a blood clot discovered near his collarbone sidelined the center from late in the regular season until Game 7 of the Eastern Conference Finals, when Tampa Bay lost to eventual Stanley Cup champion Pittsburgh.

The Lightning didn't practice Tuesday, but coach Jon Cooper said the team remained hopeful of having Stamkos back for Game 1 against the Devils.

Stamkos is optimistic, too, though with his history of injuries in recent seasons he has no illusions about being completely healthy when he returns.

"Listen, my body will never be 100 percent, regardless, going through the stuff I've been through," the No. 1 overall pick from the 2008 draft said. "So there's no point asking about percentages."

The Battle For Titletown USA
Both have won titles already this year. Now, L.A. and Tampa Bay vie for ownership of the sports world, Martin Rogers writes.
2 days ago