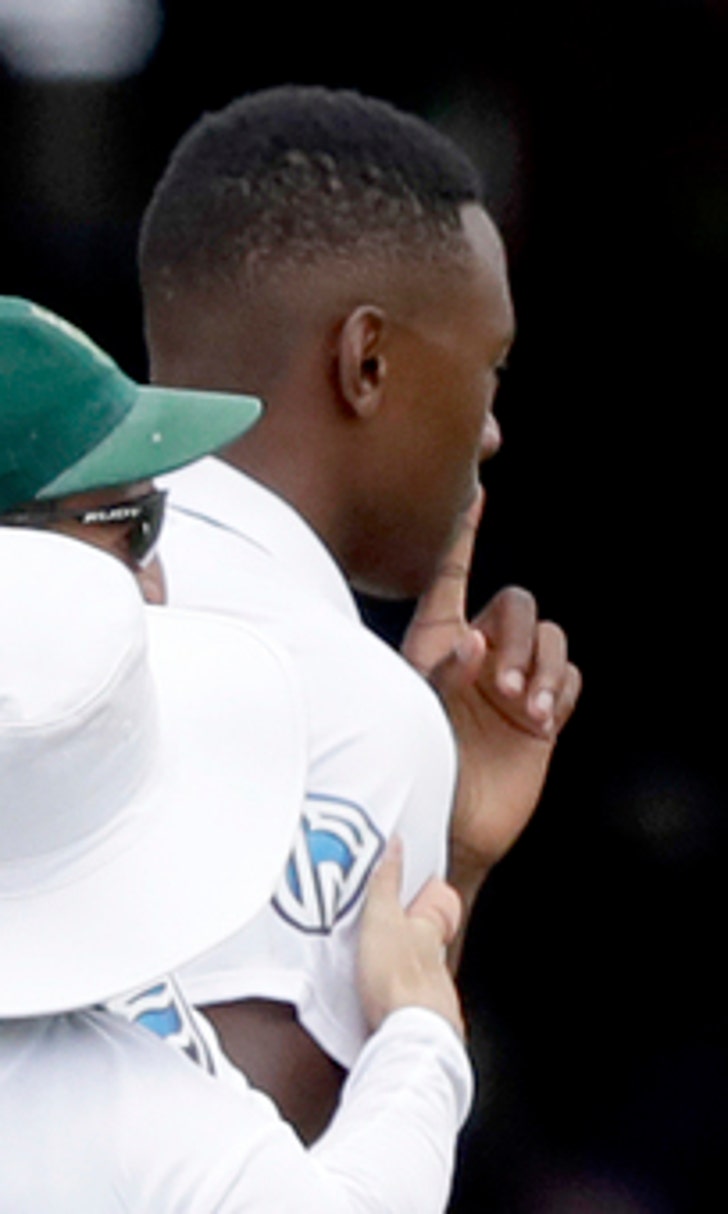 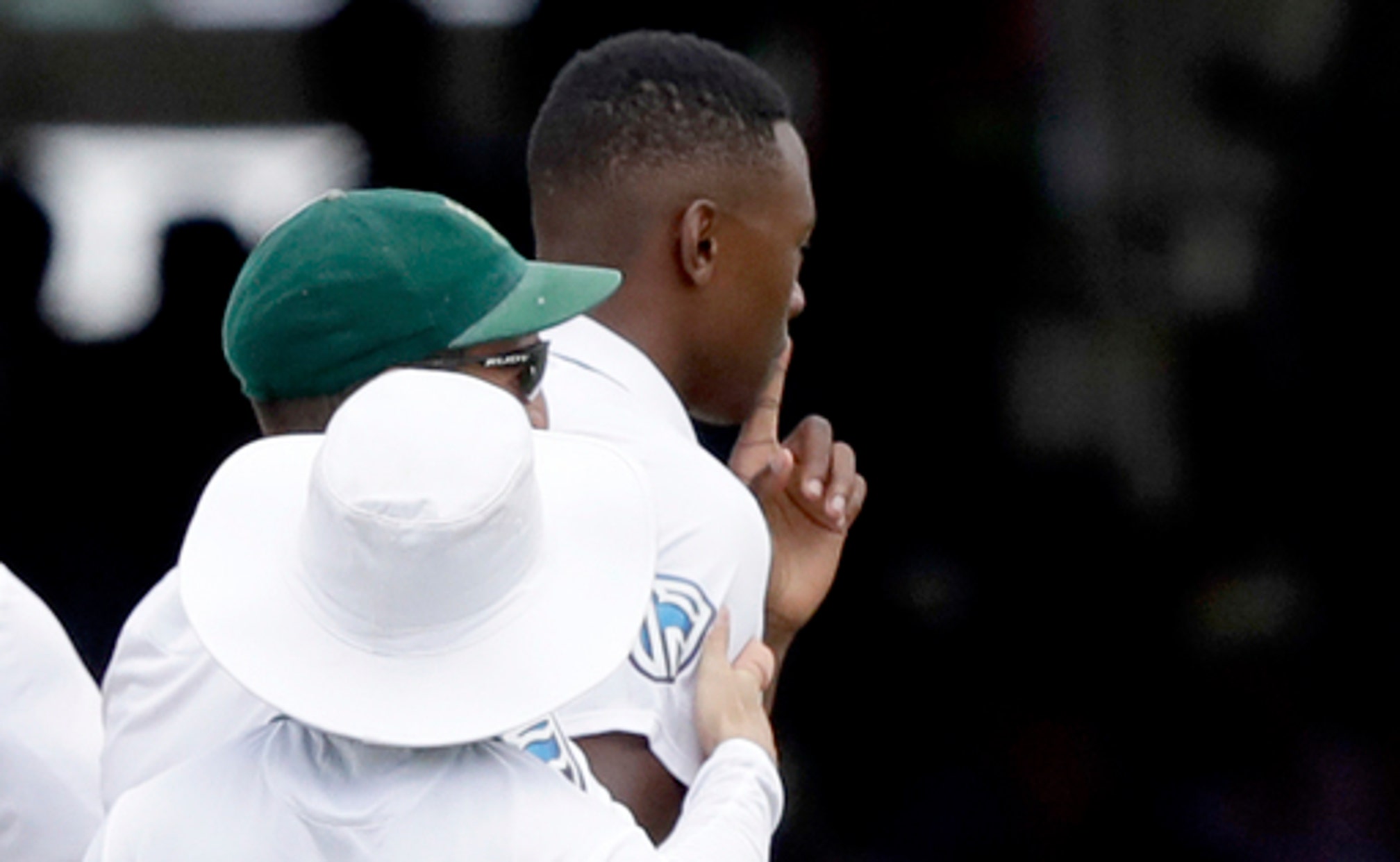 There were no wild celebrations from the South Africa fast bowler after he trapped Ben Stokes lbw on Day 4 of the first test against England on Sunday.

Instead, Rabada put a finger to his lips and watched Stokes walk past him on his way back to the pavilion at Lord's.

Rabada's reaction came after he was banned for the second test between the countries, at Trent Bridge starting Friday, for swearing at Stokes after dismissing the allrounder on Thursday in the first innings. The verbal abuse was picked up over the stump microphones.

Rabada was handed a one-match ban because of an accumulation of demerit points within a two-year period, having already been on three points following a clash with Sri Lanka opener Niroshan Dickwella during an ODI in February.

Proteas batsman Temba Bavuma said Saturday that the 22-year-old Rabada, one of the most exciting young bowlers in the sport, was ''heartbroken'' at letting his teammates down.

South Africa's players have supported Rabada, and mobbed him after dismissing Stokes on Sunday. Wicketkeeper Quinton de Kock even put his hand over Rabada's mouth.