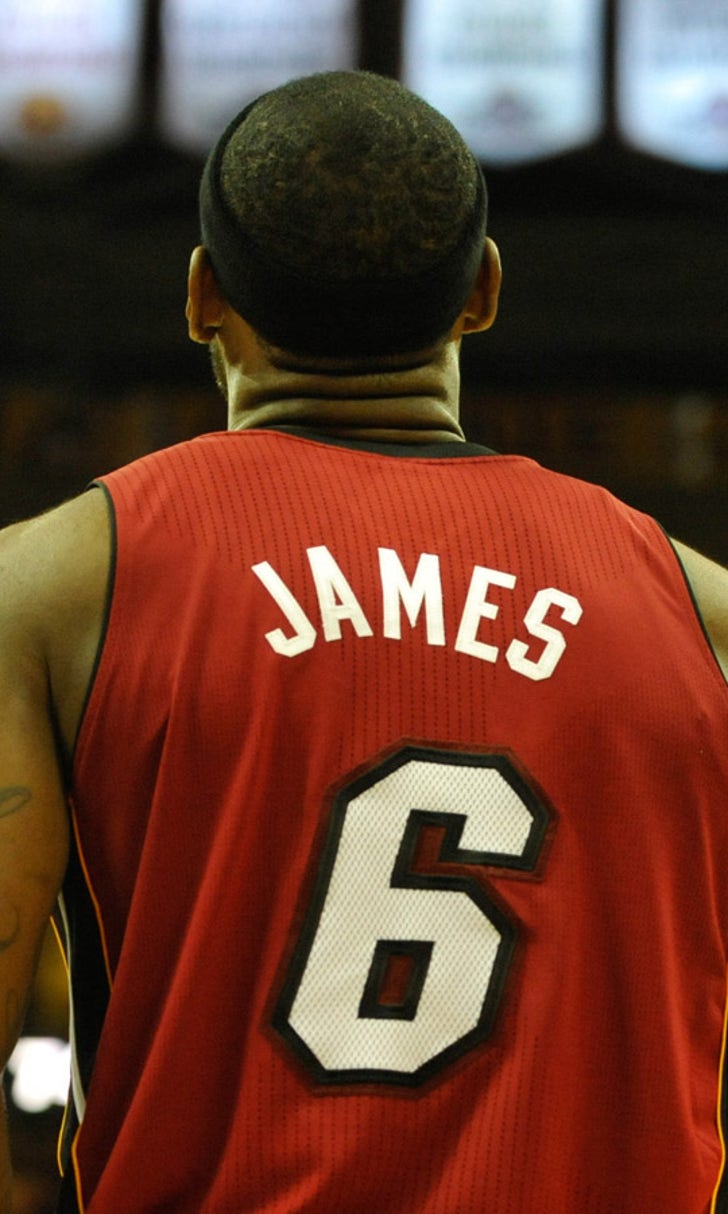 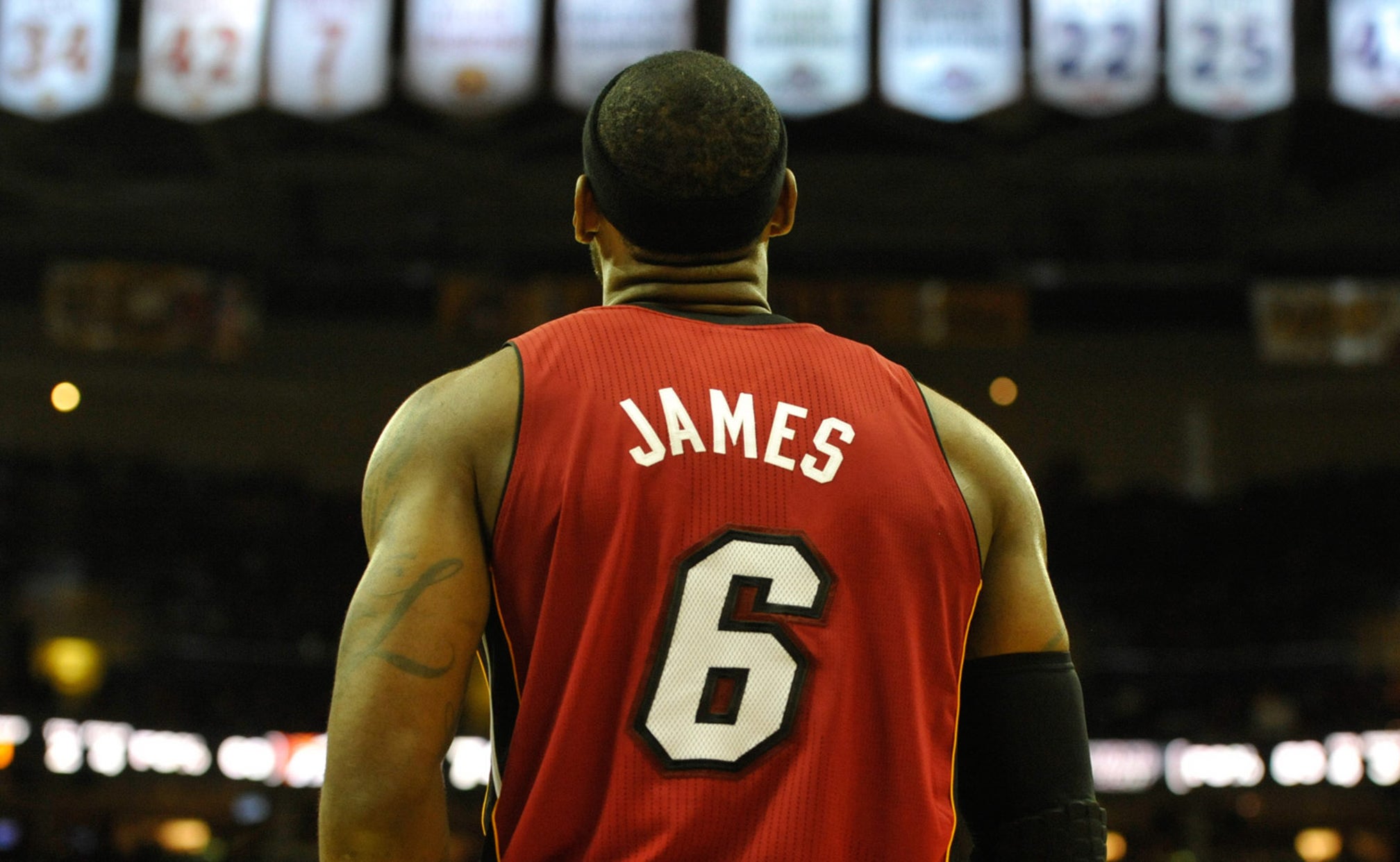 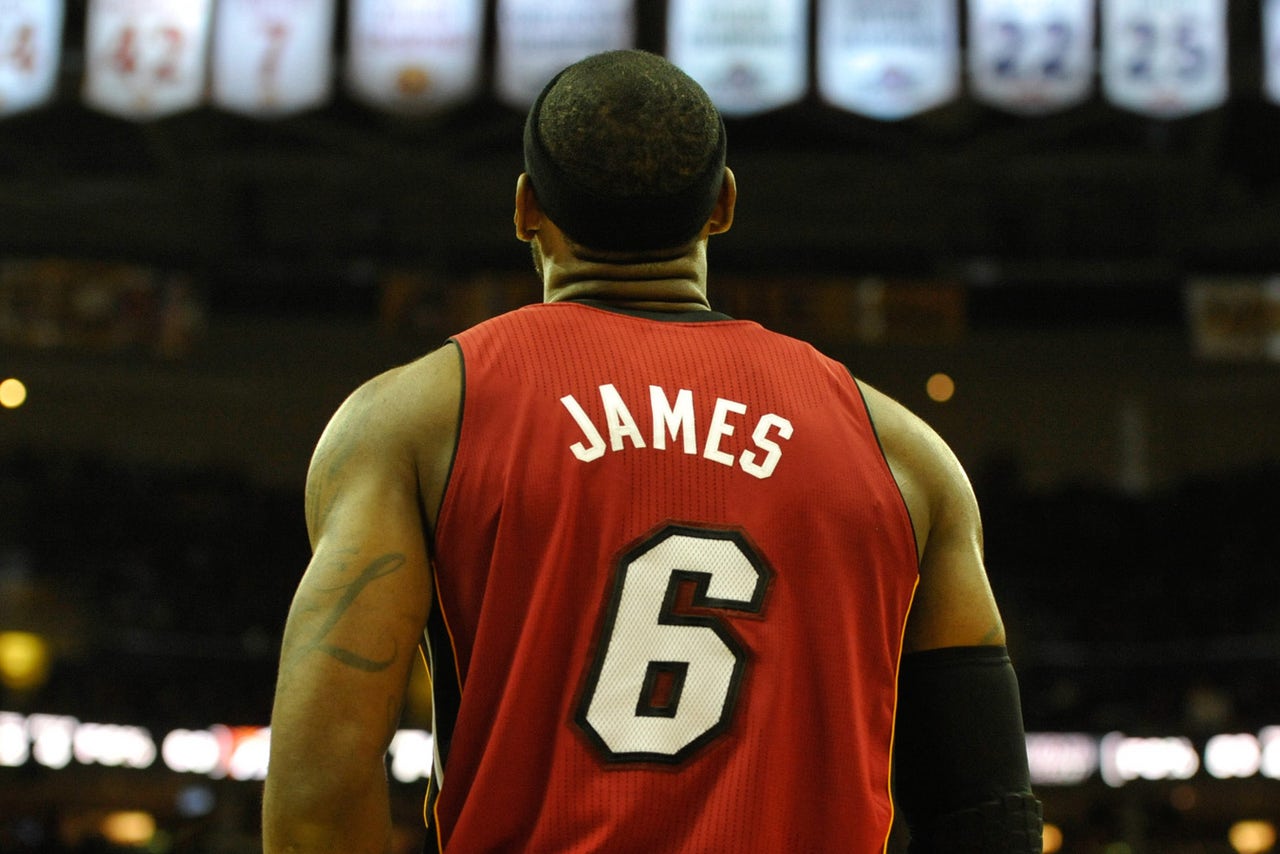 MIAMI -- LeBron James' jersey remains the most popular in the NBA.

The league announced Thursday that the Miami Heat star topped the list of jersey sales in the NBA for the sixth time. With teammate Dwyane Wade -- whose jersey number hasn't changed in 11 years -- at No. 7, the Heat also had the top spot on the team-merchandise sales list.

"It means a lot to know that I have so many fans that want to wear my jersey because they respect the way I play the game and respect who I am as a man," James said. "Thanks so much to all that 'Strive for Greatness.'"

It was Duncan's first appearance on the season-ending list since 2007.

Following the two-time defending champion Heat on the team-merchandise sales list were the Lakers, Bulls, Thunder and Knicks.

The NBA based the rankings on overall retail sales on NBAStore.com since the start of the season. The league's playoffs begin Saturday.