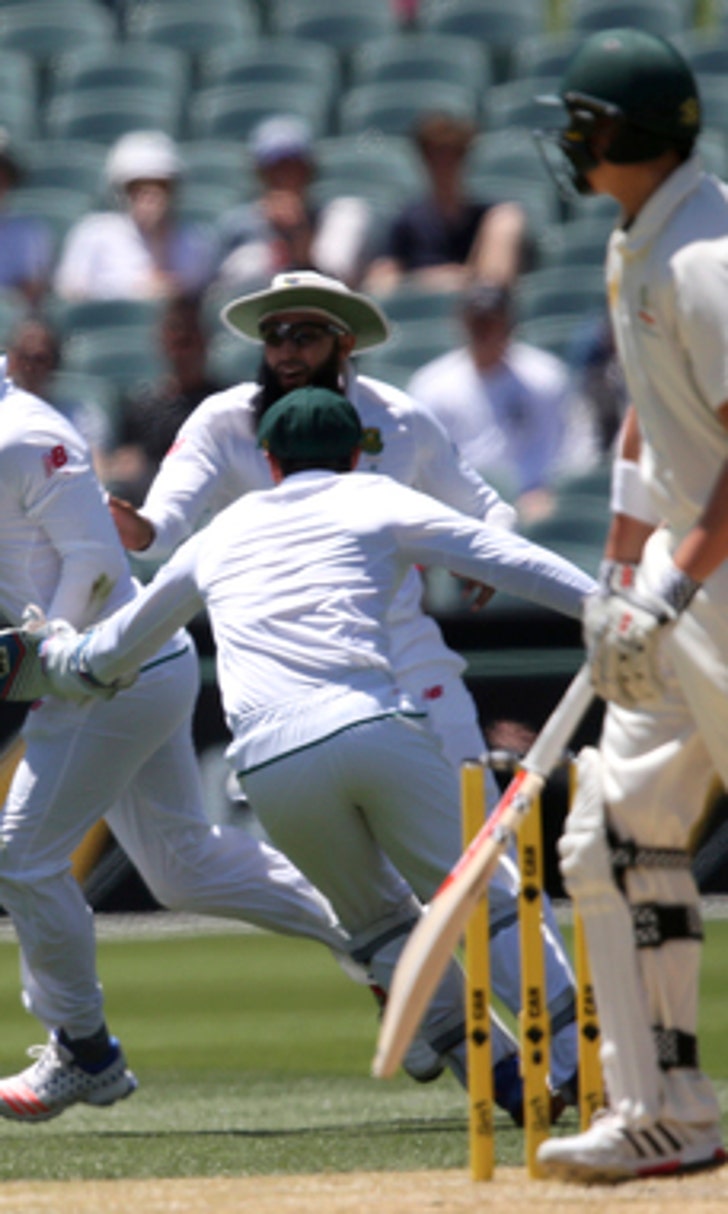 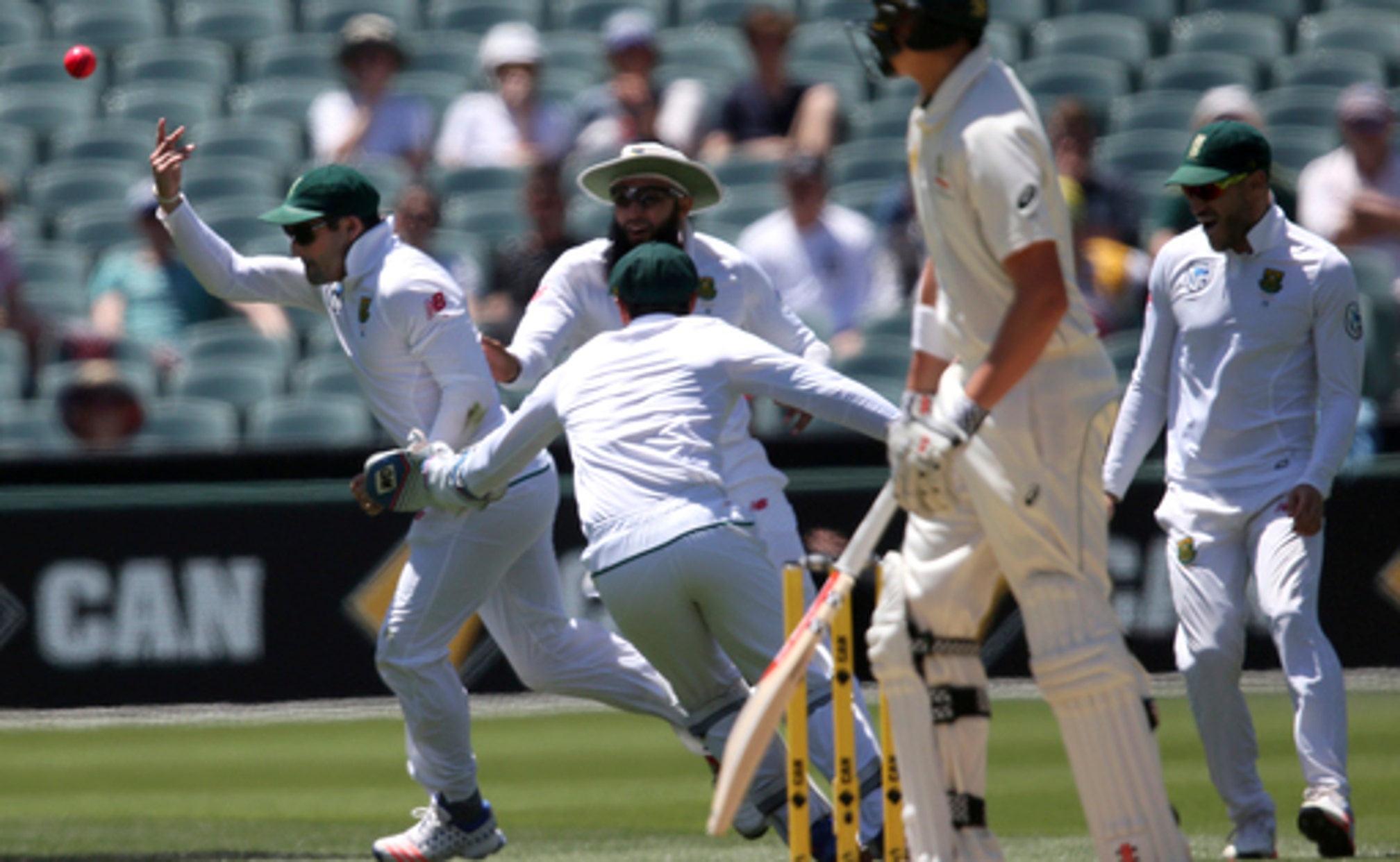 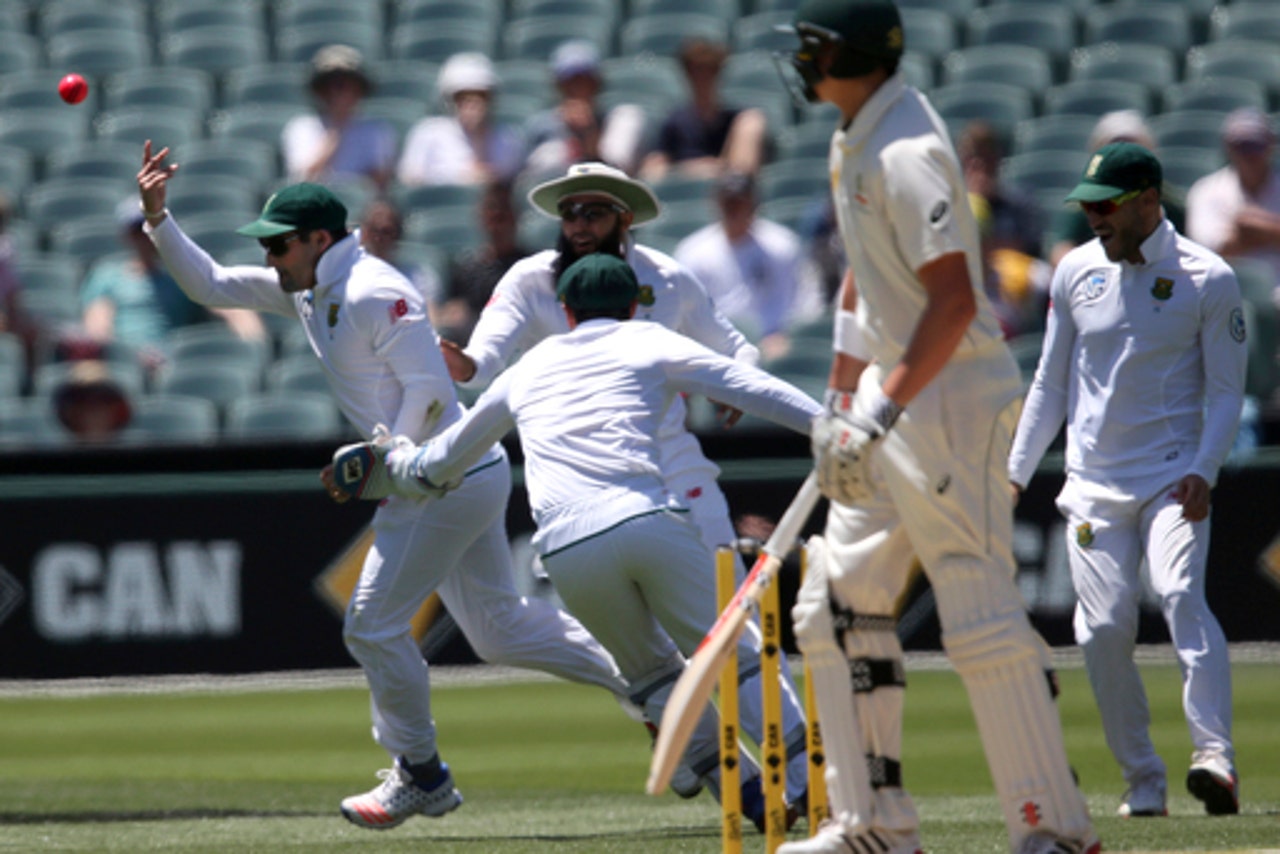 ADELAIDE, Australia (AP) After being forced into the unaccustomed role of opener, Usman Khawaja accumulated runs patiently as three wickets fell Friday to post Australia's first century of the series on day two of the day-night test against South Africa.

His only blemish was a mix up with Steve Smith which resulted in the Australian skipper being run out for 59 midway through the second session, ending their 137-run third-wicket stand.

At the dinner interval, he was unbeaten on 108 and Australia was 209-3: still 50 runs behind South Africa's first innings deficit.

Khawaja faced 197 balls for his fifth test hundred, cutting left-arm wrist spinner Tabraiz Shamsi to the boundary - his 10th - to reach triple figures for the first time since February.

The stylish lefthander was out for 97 in the second innings of the first test, which South Africa won by 177 runs, and struggled in the second test at Hobart, where South Africa clinched the series with a victory by an innings and 80 runs.

Khawaja kept his place as selectors made five changes to the Australian XI for the third test, bringing in three uncapped batsmen into the top six. He has spent time at the crease with two of them -opener Matt Renshaw (10) and No. 5 Peter Handscomb, who was not out 14 at the interval.

Khawaja became a makeshift opener because David Warner was not allowed to bat immediately after South Africa skipper Faf du Plessis's tactical declaration at 259-9 late on day one.

Usually a No. 3, Khawaja moved up to join Queensland state teammate Renshaw and together they survived the 40 minutes under lights and against the pink ball before stumps on Thursday.

Australia resumed at 14-0 but quickly slipped to 37-2 during an outstanding opening spell from Kyle Abbott, who had both Renshaw and Warner (11) caught at third slip by Dean Elgar.

Khawaja and Smith restored the innings and seemed to be coasting - combining for Australia's biggest partnership since the first stand of the series in Perth - even though Smith was dropped at slip by Hashim Amla.

Smith was in dominant touch with a confidently pulled six and eight fours before he pushed to point and took off for a single, only to be sent back by Khawaja and easily run out to make the total 174-3.

Handscomb came in for his first test innings and navigated a torrid opening over from Vernon Philander before finding his feet.

The beginning of the test was overshadowed after du Plessis was found guilty of ball tampering by the International Cricket Council for the way he shined the ball with a mint in his mouth in the second test in Hobart.

The South Africa captain was booed when he walked to the crease on the opening day and again when he reached his century, but said it served as motivation for his best test hundred.

Cricket South Africa announced overnight it had appealed the ICC decision, which resulted in du Plessis being fined but avoiding a match suspension.