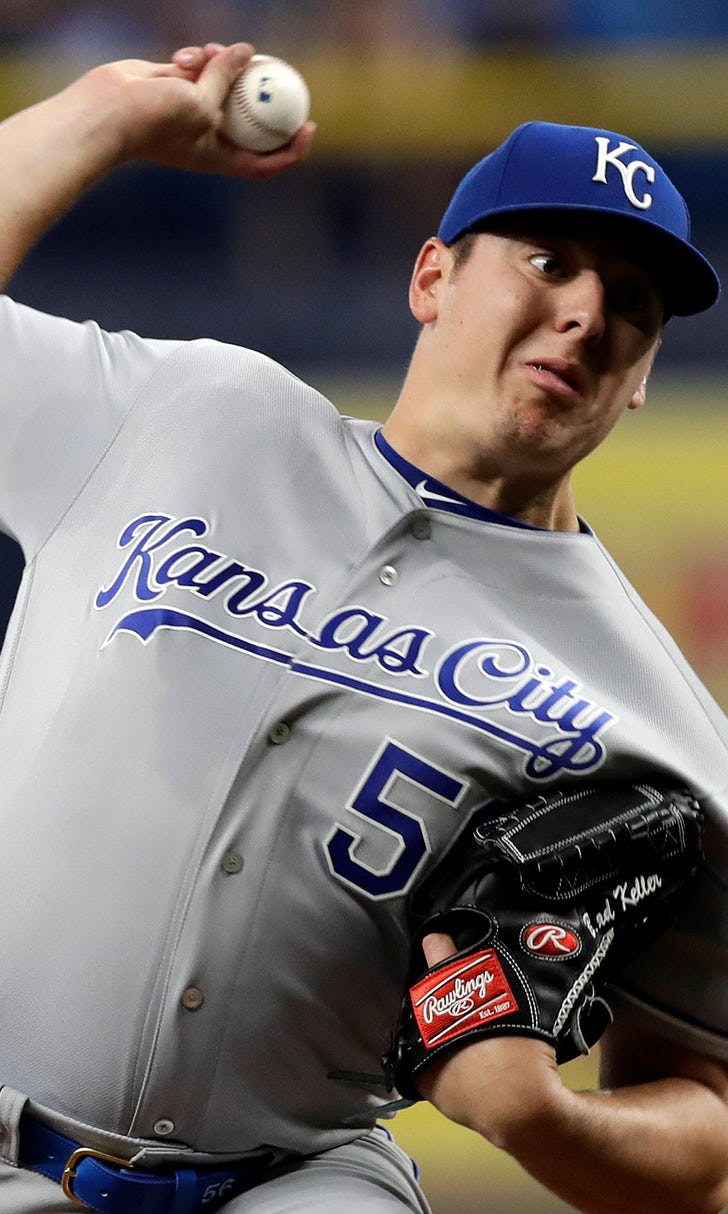 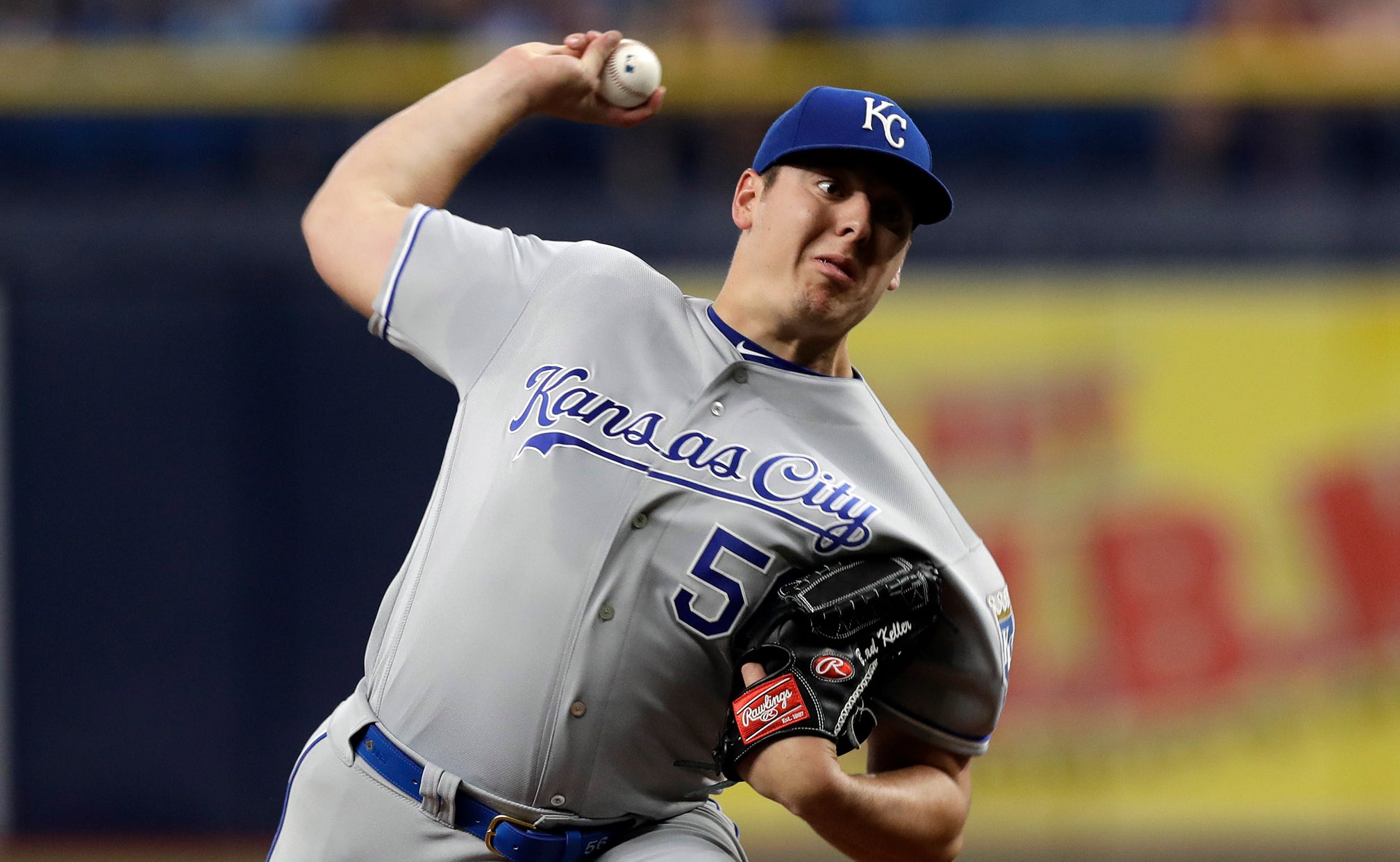 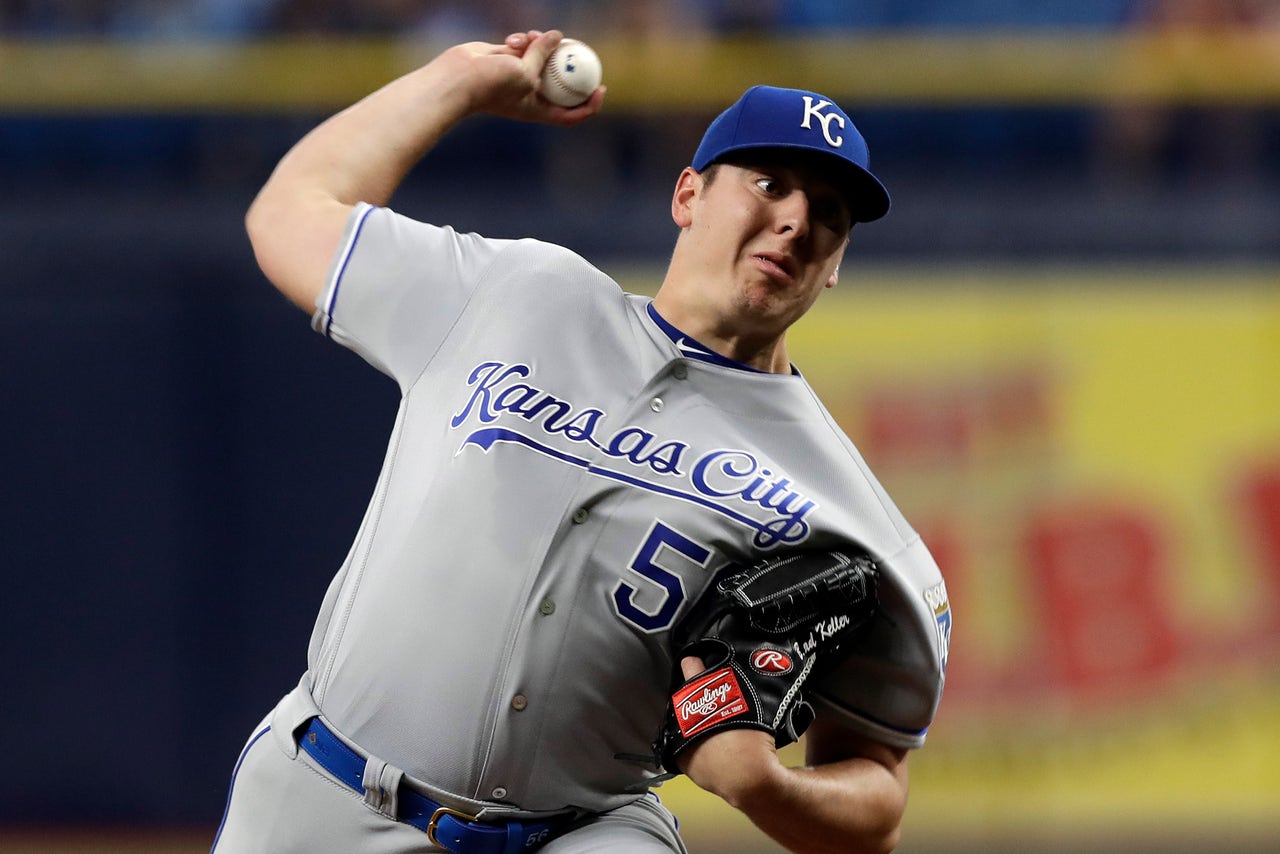 The veteran catcher was reinstated from the paternity list, three days after the birth of his first child, and hit a two-run shot that helped the AL East leaders stop a season-high four-game skid with a 6-3 victory over the Kansas City Royals on Monday night.

"Man, I didn't promise that, but I'll definitely take it," Zunino said. "You know, that was a very special moment in life and my baseball career. It's something I'll never forget."

Yandy Diaz, Brandon Lowe and Daniel Robertson also drove in runs for the Rays, who scored three times in the seventh to come from behind against Brad Keller (2-2).

It's the ninth time this season the Royals, who have the AL's worst record, have lost after holding a lead in the sixth inning or later.

Yost says Keller "had command of everything" early in the game, but made one too many mistakes in the seventh inning. #Royals pic.twitter.com/TwNja0ztMs

"That's a pesky offensive outfit over there. They give you good at-bats," Kansas City manager Ned Yost said. "But going into the seventh, we had the lead. We just couldn't hold it."

Pitching while appealing a five-game suspension for his role in a benches-clearing fracas with the Chicago White Sox last week, Keller held the Rays in check until giving up Robertson's tying RBI grounder and Zunino's homer to straightaway center in the seventh.

Zunino, obtained from Seattle in an offseason trade, missed three games while on the paternity list for the birth of his son, Rhett Michael, last Friday.

"That's got to be pretty special. I'm a big fan of Rhett Zunino right now. That's something he's going to be able to talk about for a long time. Awesome," Rays manager Kevin Cash said. "The way it came, and how big a hit it was at the time is even more impactful."

The Rays, coming off being swept by the defending World Series champion Boston Red Sox over the weekend, are 4-5 over their last nine games following an 11-3 start.

"We had a tough weekend and things were not looking good up until the sixth," Cash said. "The guys really did a good job of just grinding out at-bats. We smoked some balls early on but had absolutely nothing to show for it, and that can be pretty demoralizing. ... But they kept at it and keep putting pressure on, and finally something broke."

Keller allowed five runs and seven hits over 6 1/3 innings in his first outing since hitting Chicago's Tim Anderson with a pitch two innings after the AL's leading hitter emphatically spiked his bat to celebrate a homer, sparking last Wednesday's melee that led to his suspension.

"I felt really good for the first six and I felt good going out for the seventh," Keller said, adding that ultimately he left too many pitches over the middle of the plate.

Gordon and Dozier went deep for the second straight game, with Gordon connecting off Rays starter Yonny Chirinos in the first inning and Dozier giving the Royals a 3-1 lead in the sixth. Soler's solo shot snapped a fifth-inning tie.

Wilmer Font (1-0) struck out the only batter he faced to get the win. Emilio Pagan pitched a perfect ninth for his first career save.

Royals: Dozier, who started at designated hitter, was removed from the game in the eighth inning because of right lower back spasms and soreness and is day to day. ... LHP Danny Duffy (left shoulder impingement syndrome) is expected to rejoin the rotation Friday night. "He's been one of our better starters over the last couple years, and when he's healthy we know what type of pitcher he is," Yost said.

Rays: RF Austin Meadows, who's on the injured list with a sprained right thumb, will be shut down for 10 days and hopes he will be ready to return in three to four weeks. "Let the swelling go down and after that see where we're at," Meadows said.

Rays LHP Blake Snell (fractured right fourth toe) had a light mound session totaling eight pitches in advance of an upcoming full bullpen. The 2018 AL Cy Young Award winner did not take part in defensive drills with the other pitchers. Snell was hurt moving a decorative stand in the bathroom of his home on April 14.