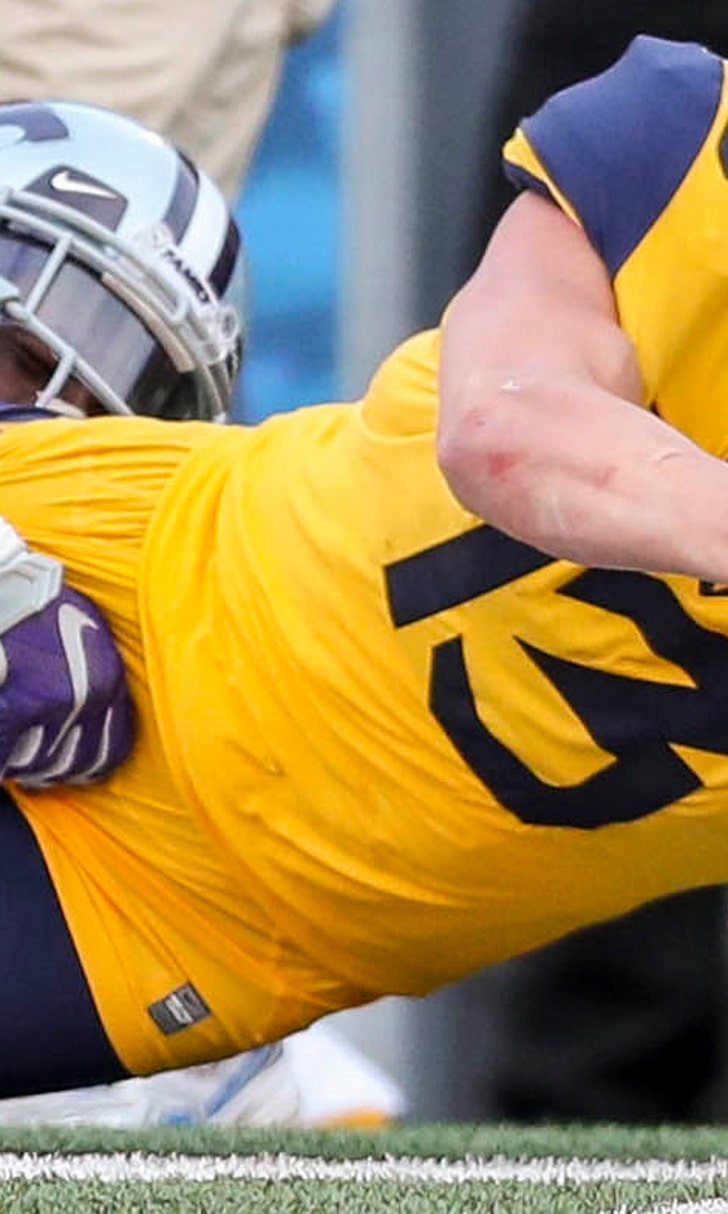 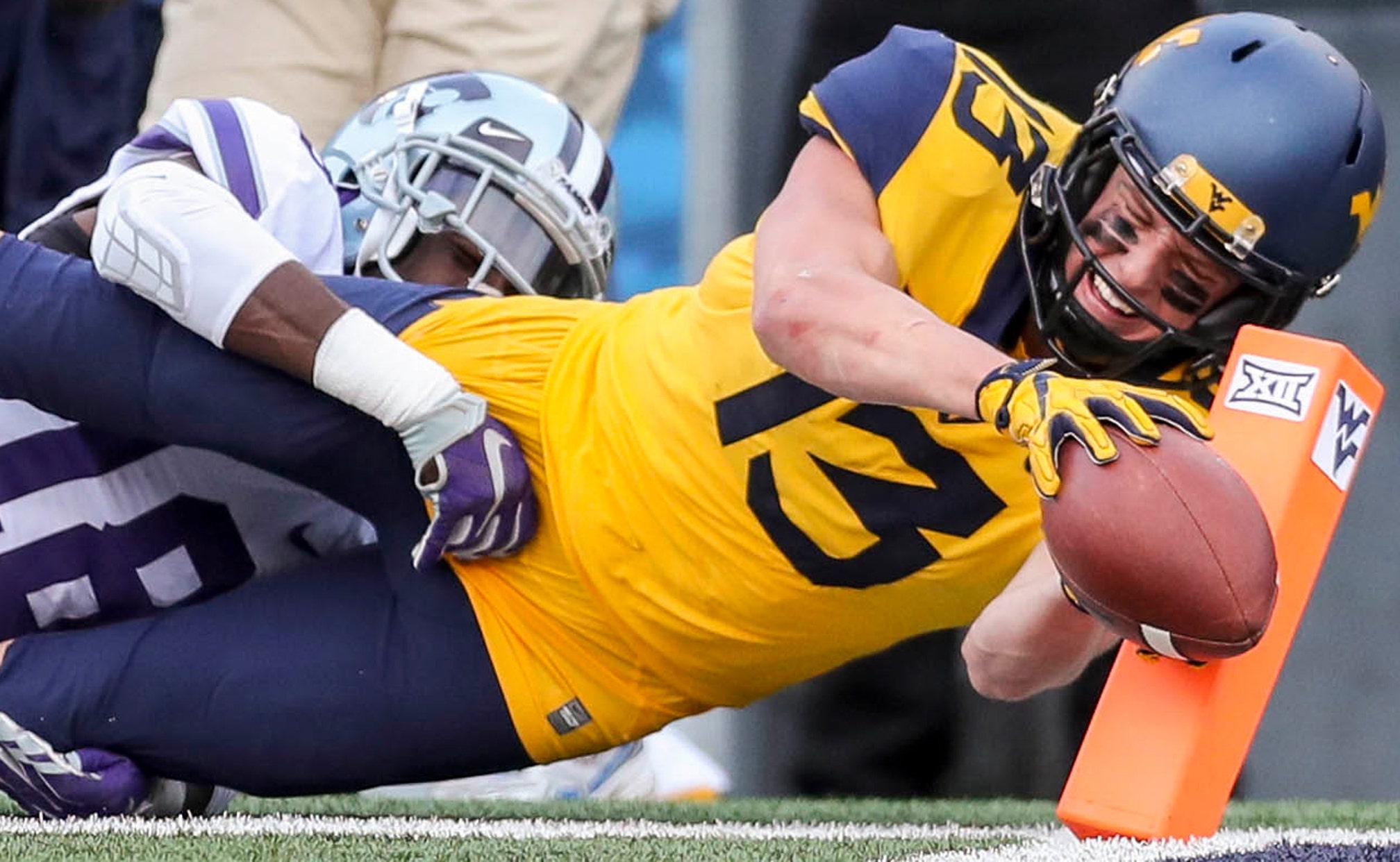 Kansas State offense contained in 35-6 loss to No. 12 West Virginia 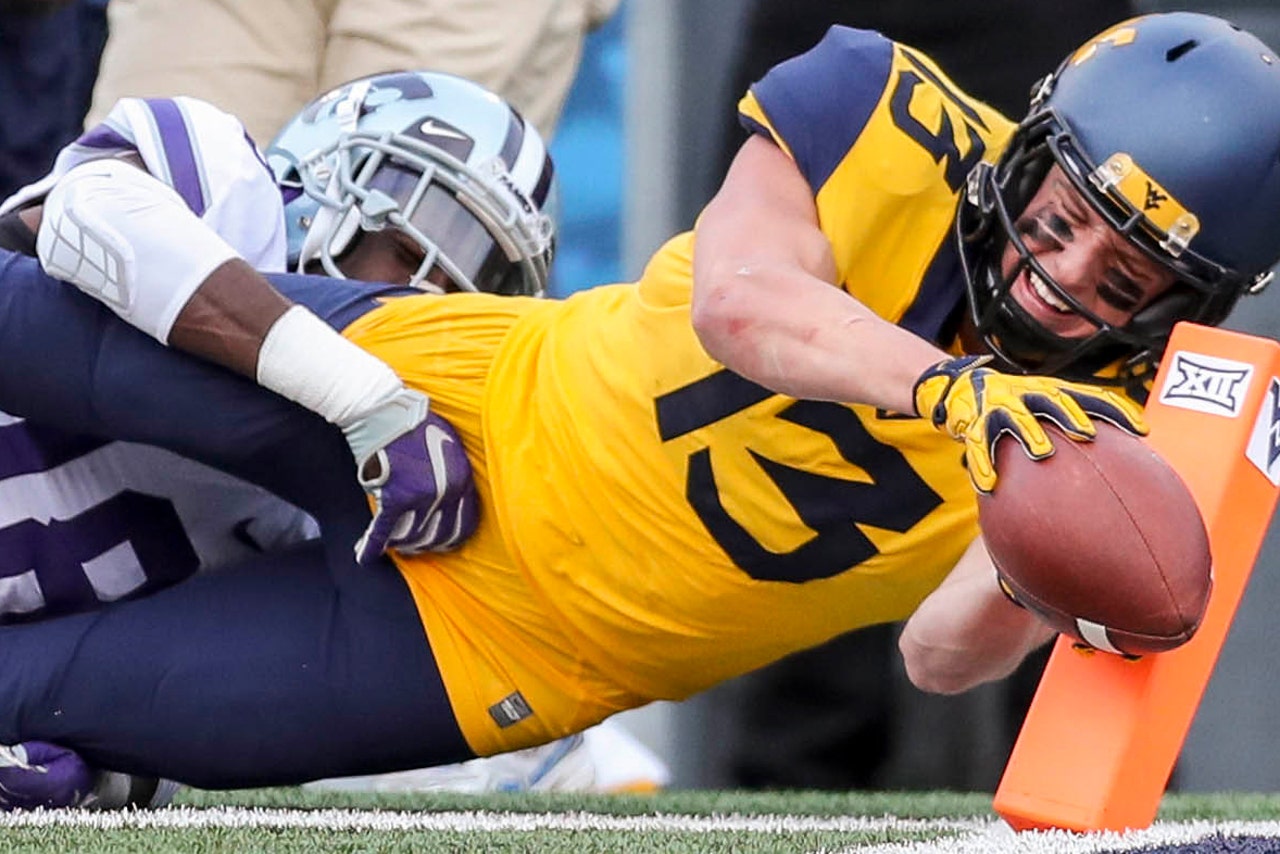 MORGANTOWN, W.Va. - West Virginia coach Dana Holgorsen isn't worried about quarterback Will Grier being overwhelmed by the attention and pressure that comes with being a Heisman Trophy candidate. Grier has thrown far too many passes. Played in far too many games. Diagnosed far too many defenses to let the hype train get in his head.

"I'm not worried about overloading him," Holgorsen said. "He's mature. He's grounded. He's comfortable on where he's at. He knows how to handle this. He's a professional that's in college."

Grier and the 12th-ranked Mountaineers overcame a sluggish start to drill Kansas State 35-6 in the Big 12 opener for both teams on Saturday. The senior completed 25 of 35 passes for 356 yards with five touchdowns, three of them to David Sills, and two interceptions as West Virginia (3-0) enjoyed a rare breather against the Wildcats.

The previous four meetings between the two schools had been decided by a total of 13 points. Not this time. Once Grier and the Mountaineers got rolling late in the first half, it was over.

Grier, as he's done since taking over the starting job at the beginning of last season, led the way. Having one of the best red zone targets in the country helps — all three of Sills' touchdowns came on 1-yard passes — but Grier loves to go deep too. He found Marcus Simms for an 82-yard catch-and-run to open the scoring and later lofted a perfect rainbow to Tevin Bush that Bush turned into a 62-yard touchdown in the third quarter.

"Everybody looks at passing stats, but I love the way he manages a game," Kansas State coach Bill Snyder said of Grier. "They allow him to call the offense so to speak and he does a marvelous job of that."

Skylar Thompson completed 11 of 17 passes for 145 yards for Kansas State (2-2) and Alex Delton came on late with the game out of hand and finished 7 of12 for 82 yards. Delton also added 28 yards rushing but by then it was far too late for the Wildcats.

"We were just a bad offense, period," Snyder said. "Like sandlot football for a while."

Trailing just 7-0 midway through the second quarter and facing fourth-and-inches at the Kansas State 43, the Wildcats opted to go for it. Quarterback Skylar Thompson ran a quick option and pitched the ball to running back Alex Barnes, who was hit for a 4-yard loss .

Seven plays later, Grier found Sills for a 1-yard score to put the Mountaineers up 14-0. After forcing Kansas State to a three-and-out, West Virginia needed just 55 seconds to go 73 yards, the last one coming on a pretty grab in the back of the end zone by Sills, to make it 21-0 at the break.

When asked if he would run the same play again on fourth day again, Snyder responded simply "yes, yes, yes" before adding a not-so subtle dig at his team.

"I went in the locker room and I accepted the responsibility of being behind in the ball game at halftime with our players because there were two touchdowns following that," Snyder said. "But I can't coach a team that can't get six inches on a play."

The Mountaineers kept pointing to last season's 28-23 escape on the road against the Wildcats — when West Virginia was shut out in the second half and needed to hold on late — as proof they couldn't afford to let up. They didn't. Call it a byproduct of spending last weekend watching instead of playing while Mother Nature wreaked havoc on the Carolinas.

After a Kansas State field goal made it 21-3, Grier found a streaking Bush to push West Virginia's lead to 25. The Mountaineers then converted a Kansas State fumble into another 1-yard touchdown to Sills and the blowout was on.

"I think having that week off really humbled us a little bit," Sills said. "We were watching football last Saturday, just wishing we were out there. So, we came out for this game hungry. I think when you play good on all three sides of the ball, then that's what the outcome looks like."

Kansas State: The Wildcats have some serious issues on offense. They managed just 77 yards in the first half and didn't cross midfield until their first possession of the third quarter. Snyder declined to name a starting quarterback for next week's game against Texas, joking there's a chance he might get the nod.

West Virginia: The Mountaineers seem to be more comfortable going fast than slow. Four of their five touchdown drives took less than 2 minutes.

Kansas State: Hosts Texas next Saturday. The Wildcats have won the last five meetings with the Longhorns at Bill Snyder Family Stadium.

West Virginia: Travels to Texas Tech next Saturday. The Mountaineers have won four straight over the Red Raiders.