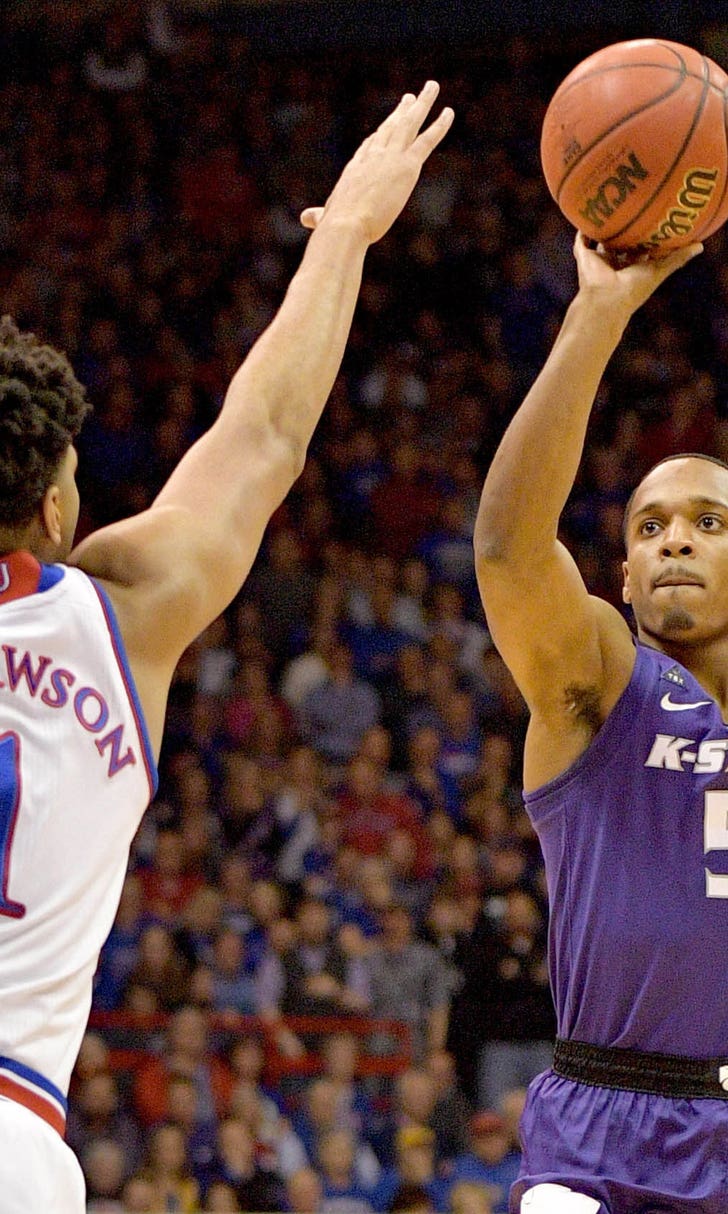 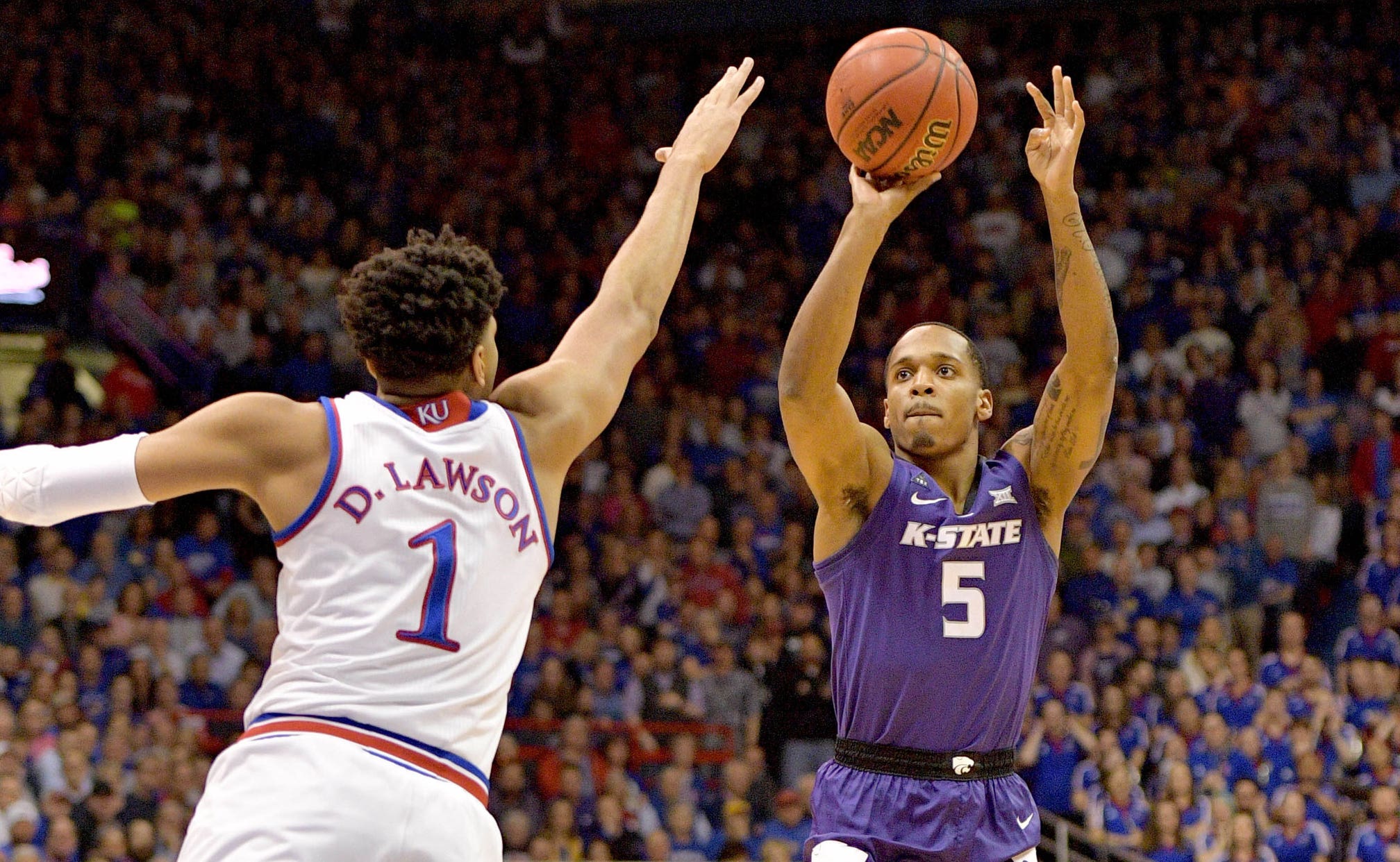 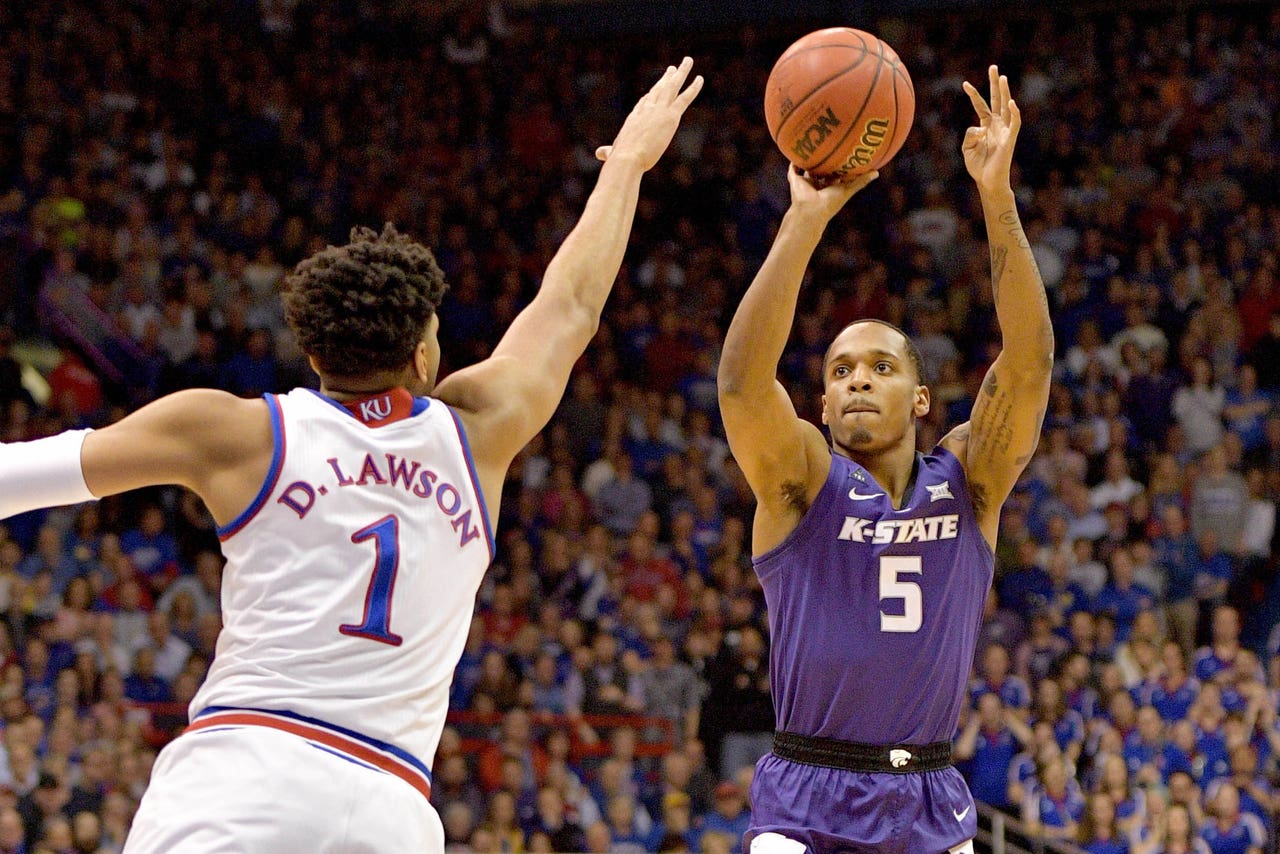 LAWRENCE, Kan.  — Kansas got exactly what it needed after a humiliating loss at Texas Tech when the schedule produced a high-profile showdown with Big 12-leading Kansas State inside raucous Allen Fieldhouse.

The Jayhawks took advantage of the opportunity, too.

Playing with a newfound sense of urgency, Dedric Lawson and the rest of the Jayhawks roared to a 64-49 victory over their biggest rival Monday night, flushing the memory of that lopsided loss to the Red Raiders while keeping alive their hopes of a 15th consecutive conference championship.

"It's just handling business," said Lawson, whose 18 points and 14 rebounds likely cemented his front-runner status as the league's player of the year.

"We take that approach and build off the energy we had," Lawson said, "we're going to be great."

Texas Tech, which has played one less game, is a half-game back in second place.

"If you get beat the way we got beat Saturday," Jayhawks coach Bill Self said, "it's bad in some ways that we played so quick but it's also good in some ways that you have a way to redeem yourself a little bit. So yeah, it was a good way to bounce back."

There was clearly a sense of desperation inside the Phog, where Kansas — despite all the injuries and unrest this season — had not lost in 19 games. And it manifested itself in the kind of cutthroat D that has become a hallmark of Self's teams over the years.

"Credit to them. They just kind of switched everything and then when they had their two bigs in, they just packed it in," Kansas State coach Bruce Weber said. "We didn't make the extra pass."

Kamau Stokes led the Wildcats with 12 points, but nobody else got into much of a rhythm. Floor leader Dean Wade was held to eight points and five boards before fouling out with 3:35 to go, and leading scorer Barry Brown Jr. finished with four points on 1-of-8 shooting.

"It was a team effort," Dotson said, "just to keep all their guards out of the lane. I really wanted (Brown) to stay in front, put pressure on him, keep him from getting comfortable, because when he's comfortable he can be dangerous."

It was a masterful defensive effort by a Kansas team that had been searching for an identity.

The Jayhawks doubled Wade in the post. They got big man Makol Mawien into early foul trouble. And they ultimately forced off-balance jumpers and deep 3s as the shot clock was winding down.

"We all took it as a challenge. We were all locked in," Lightfoot said. "Allen Fieldhouse is a hard place to place, and we all believe in that. We come in here and play our hardest."

Meanwhile, Kansas turned its defense into just enough offense to rip off a 12-2 run midway through the half, and that was responsible for the 34-27 lead the Jayhawks took to the locker room.

The in-your-shorts defense was just as responsible for extending the lead in the second half.

Kansas State missed three shots on its first trip down the floor, three more on its next, and its first 10 out of the break. The Jayhawks took advantage by converting a couple easy layups, and Grimes shrugged off a season-long slump to hit an open 3 and push the lead to 41-27 with 16 minutes to go.

Suddenly, a field house stirring with anticipation and jammed to the rafters was roaring.

Wildcats guard Xavier Sneed went to the bench midway through the second half with cramps, and that seemed to spoil a brief surge. The Jayhawks' defense took care of every other Kansas State run, closing the door not only on a comeback but any hopes of a knockout blow in the Big 12 title chase.

"We talked about it in the locker room: At the end of the day, we're still in first place," Stokes said, "and to stay there, we have to worry about Saturday."

Kansas has been short-handed with Udoka Azubuike out with a season-ending wrist injury and senior guard Lagerald Vick on a leave of absence. But forward Mitch Lightfoot provided a huge lift off the bench in the first half, and he wound up with nine points and five boards in 31 minutes.

Kansas State still has not swept a season series from the Jayhawks since the 1983 season, and the Wildcats have not won back-to-back games against Kansas since 1993-94. But they still command the Big 12 heading down the stretch, and they have extra time to prepare for Baylor on Saturday.