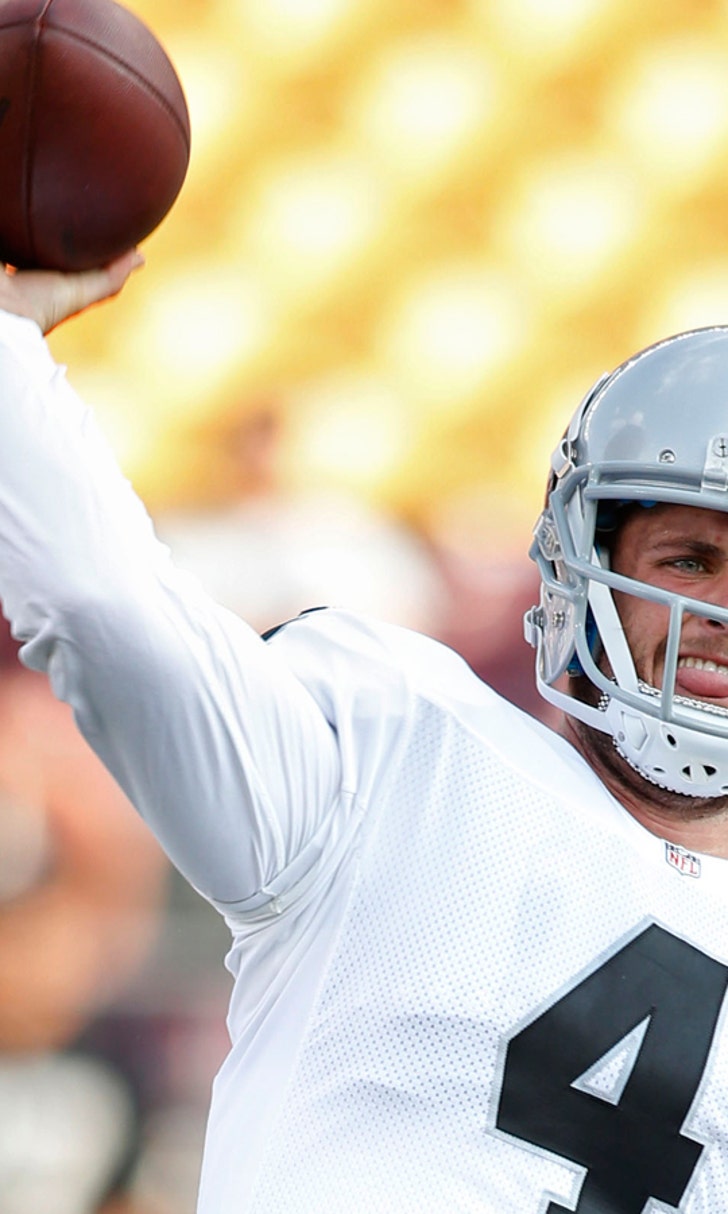 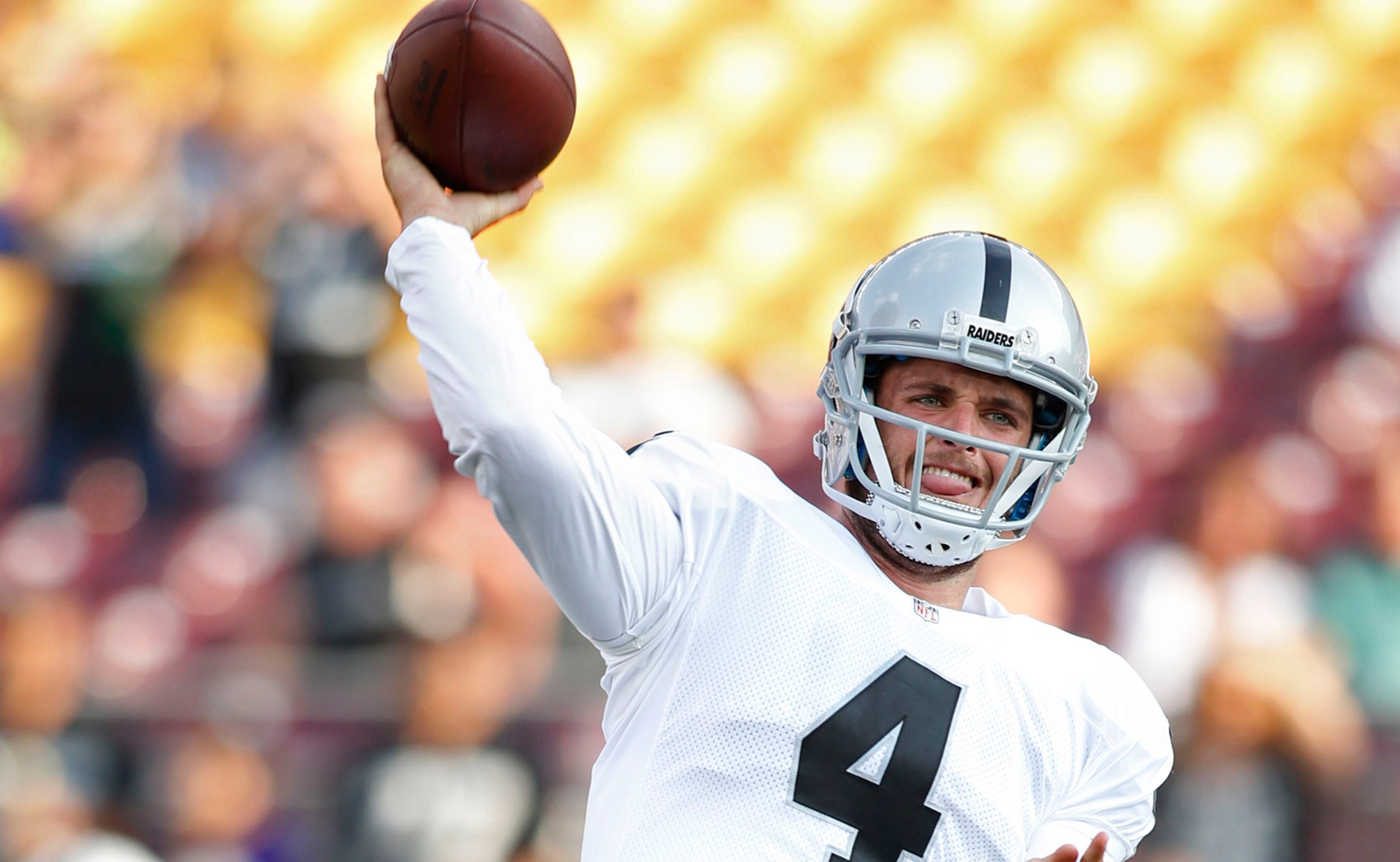 It didn't take long for one of the year's rookie quarterbacks to get his first career touchdown pass -- and he isn't named Johnny Manziel.

Carr -- the only rookie quarterback starting in Week 1 -- connected with wide receiver Rod Streater on a third-and-5 from the Jets' 12 with just less than three minutes to go in the first quarter, giving the Raiders a 7-3 lead.

Carr started the game 7-for-7, too. Somewhere in Pittsburgh, Johnny Manziel is pouting.