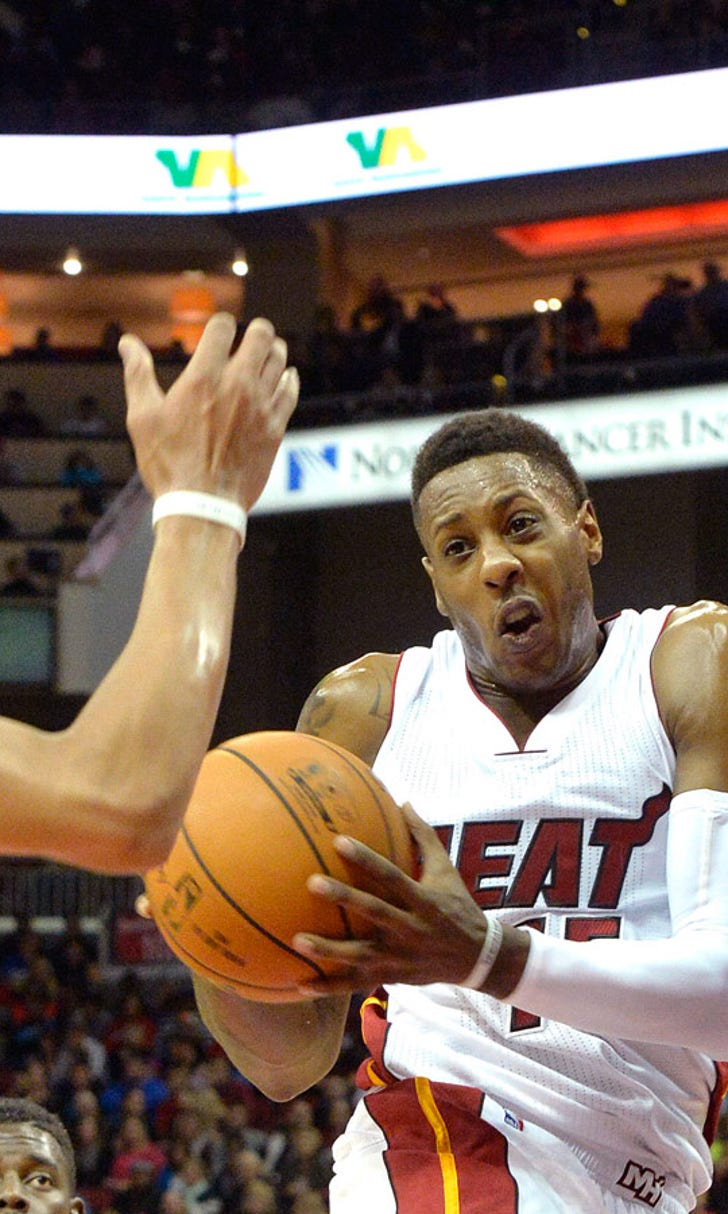 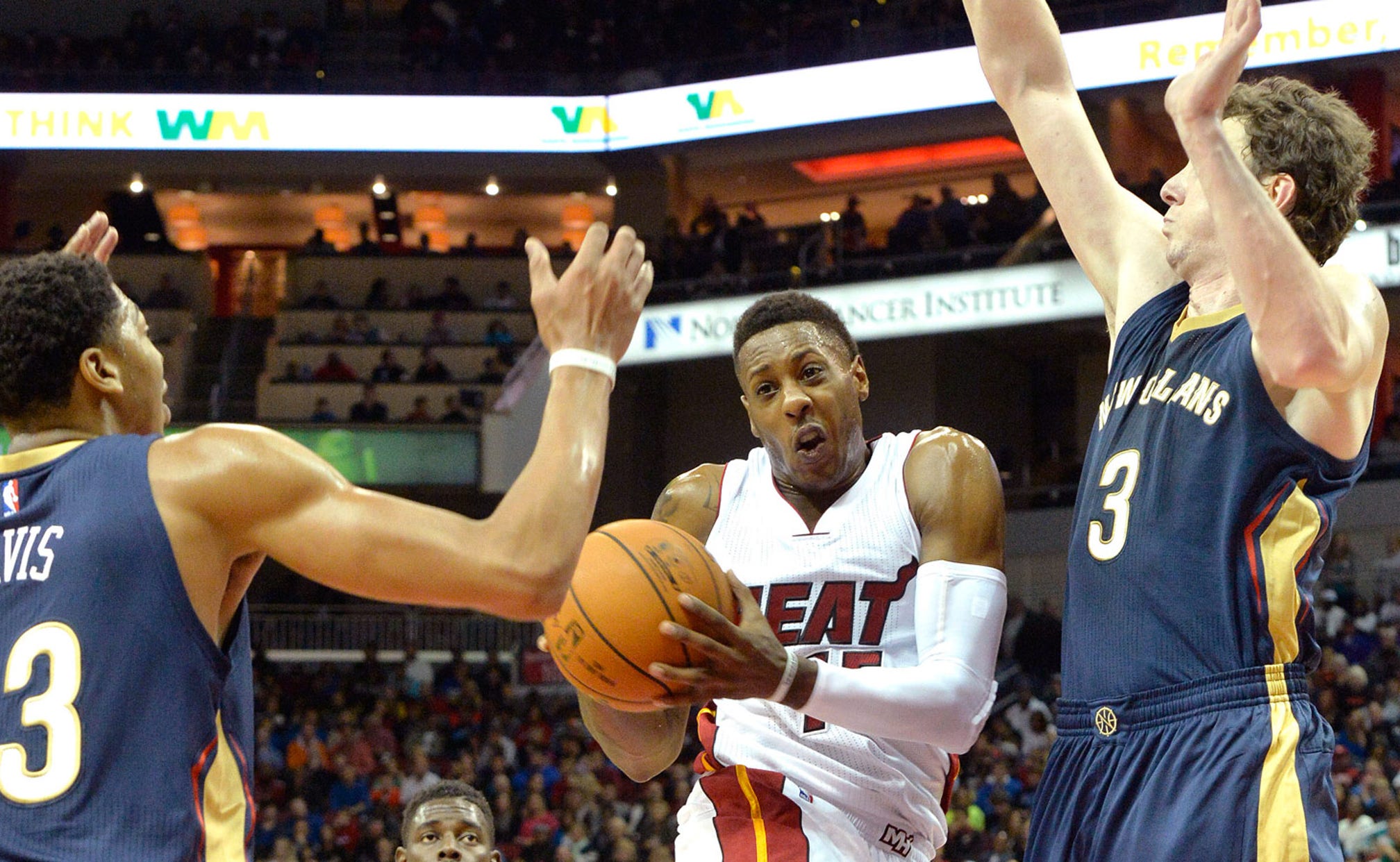 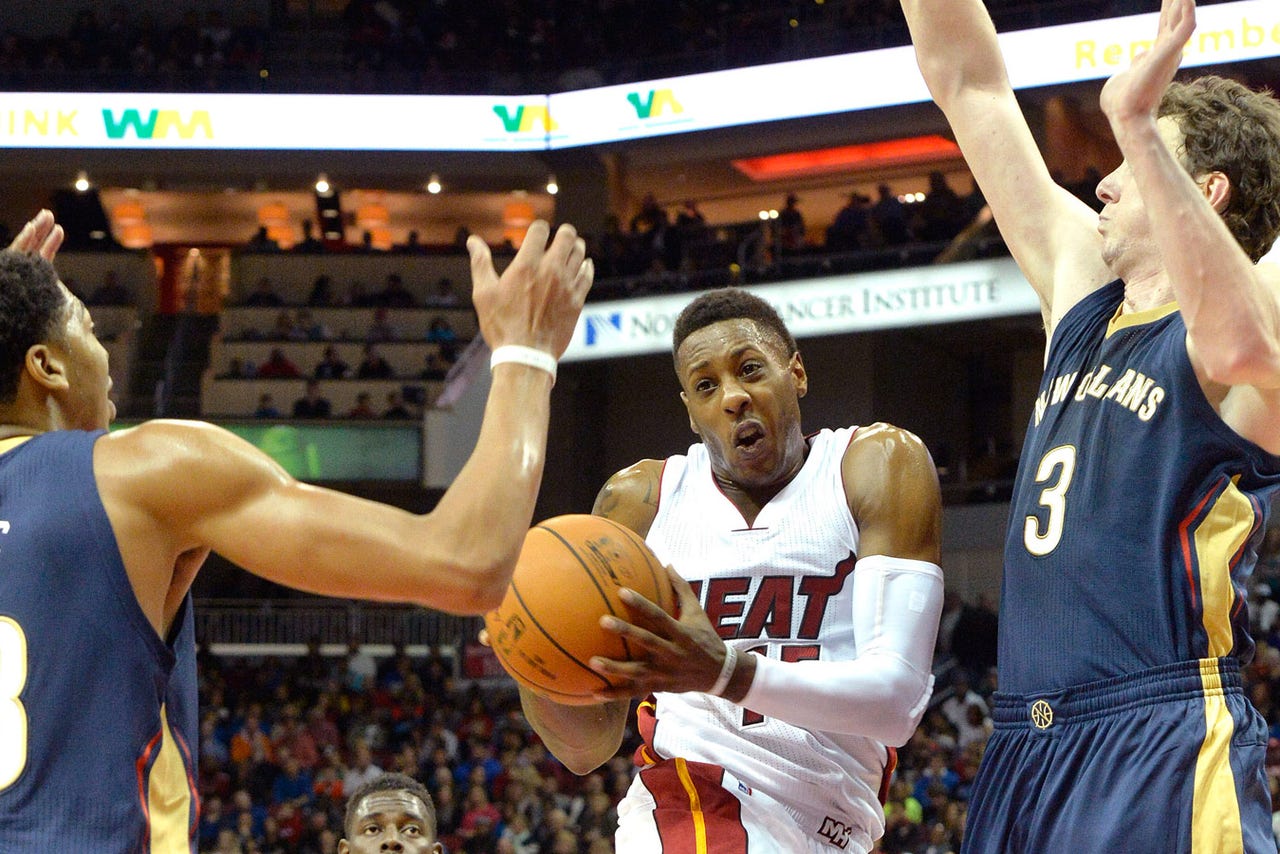 LOUISVILLE, Ky. (AP) -- Jimmer Fredette scored 17 points and Luke Babbitt added 15 to lead the New Orleans Pelicans to a 98-86 victory over the Miami Heat on Saturday night in the preseason opener for both teams.

The Pelicans used a 20-5 run to end the second quarter to turn a six-point Heat lead into a 44-35 halftime advantage. New Orleans hit five 3-pointers in the run.

New Orleans finished 14 of 32 from behind the arc in the game at the KFC Yum! Center. Fredette and Babbitt combined to go 8 of 14.

While it was technically a home game for the defending Eastern Conference champions, most of the sellout crowd of 20,074 cheered the four Pelicans with local ties. Eric Gordon played college ball at Indiana University, Darius Miller and Anthony Davis played for the University of Kentucky, and Russ Smith played at the University of Louisville.

James Ennis led Miami with 17 points. Davis, who played only in the first half, finished with five points, four rebounds and three blocks for the Pelicans. Smith, playing only in the second half, scored 12.