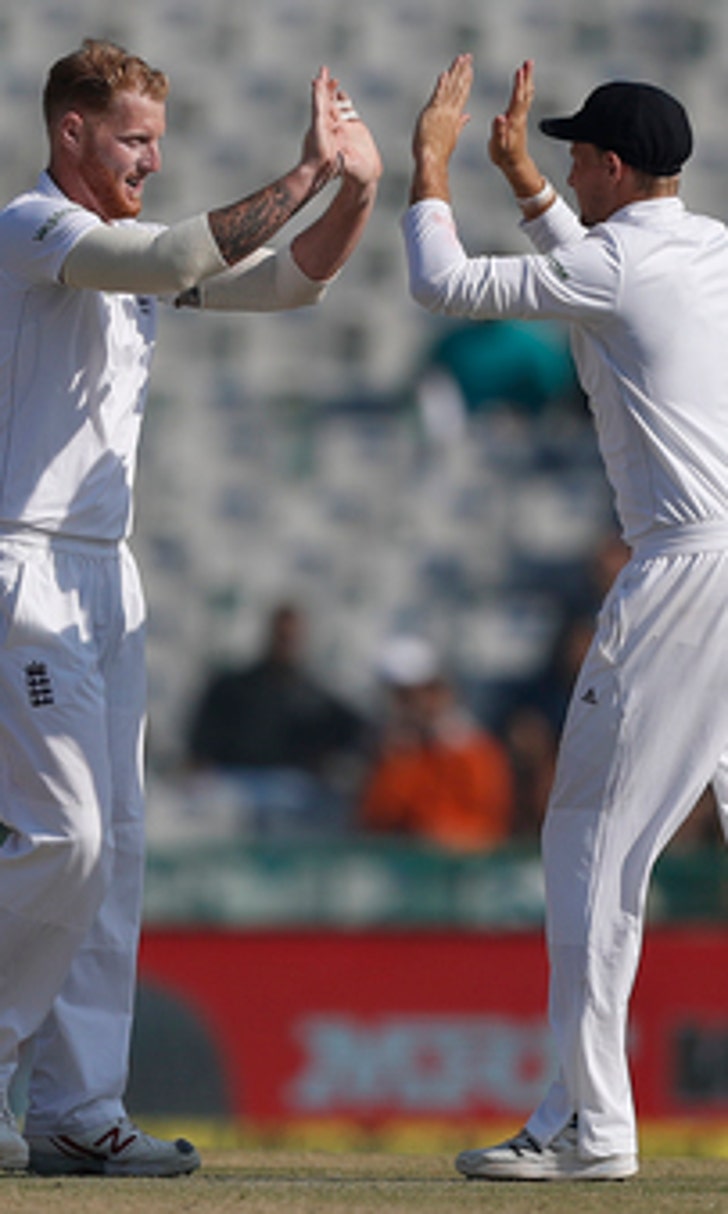 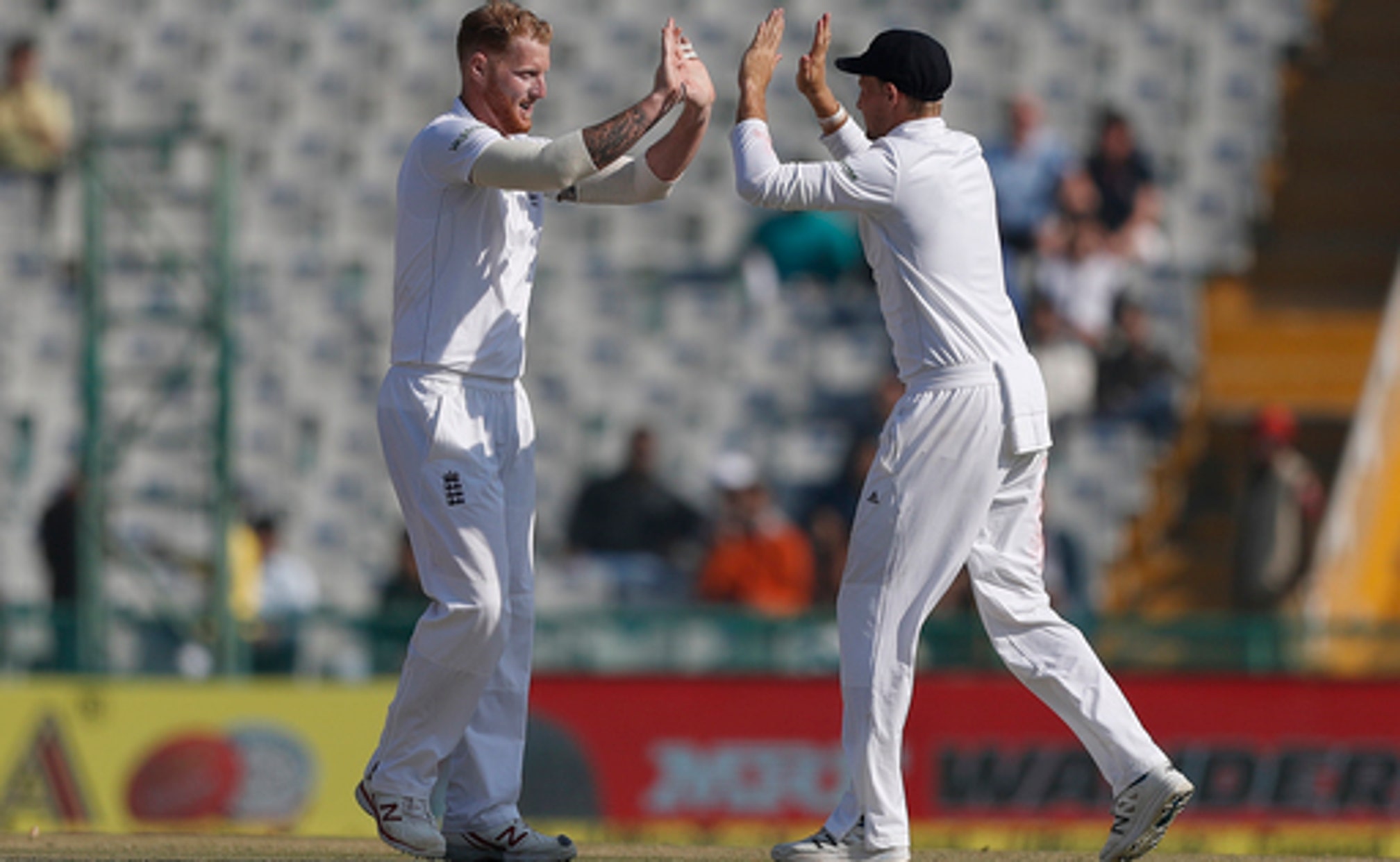 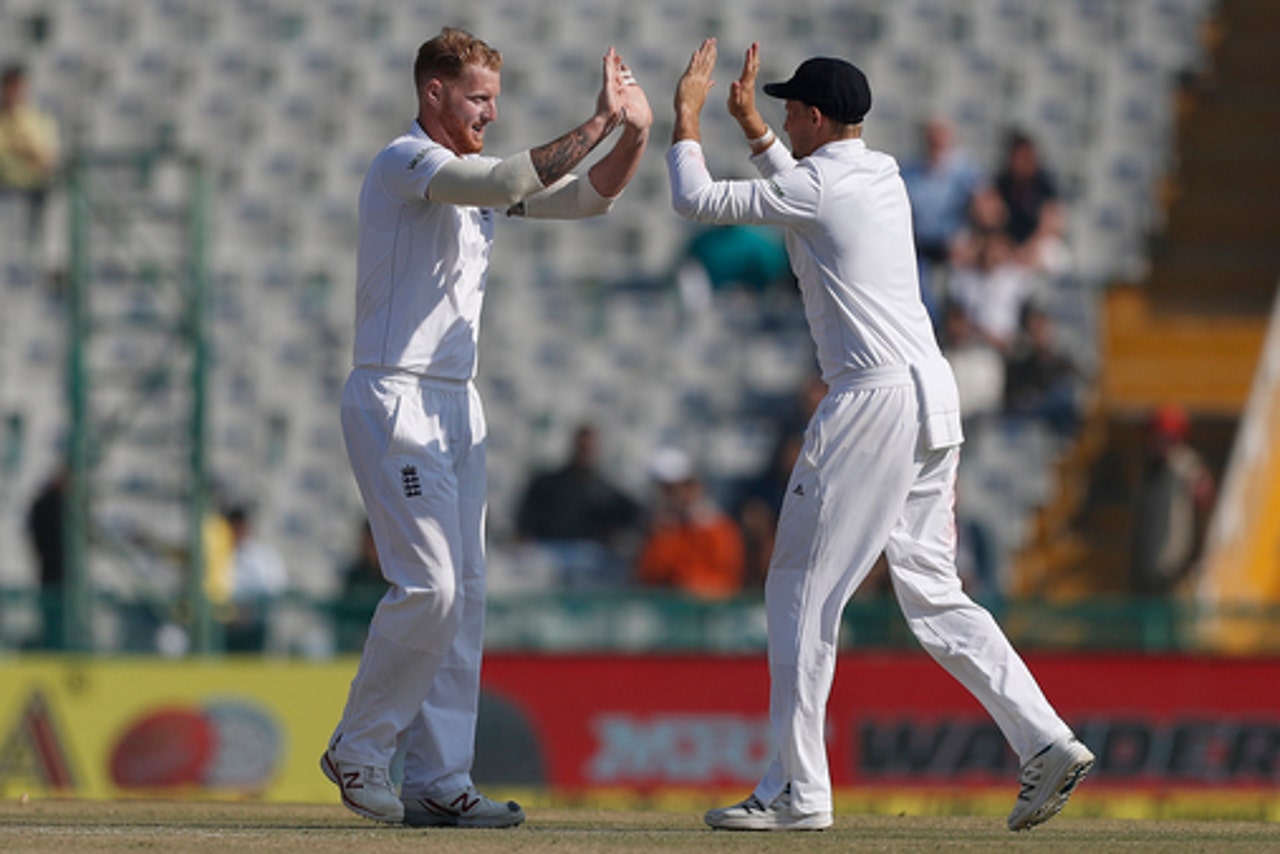 MOHALI, India (AP) Cheteshwar Pujara posted a half century as India made an ominous start to its first innings reply after quickly mopping up England's tailend on the second day of the third test on Sunday.

Pujara carefully made his way to 51 not out as India cruised along to 148-2 at tea after England was bowled out before lunch for 283.

The Indian skipper Virat Kohli was unbeaten on 40 at the end of the middle session after sharing an unbroken partnership of 75 with Pujara, a worrying sign for England, already trailing 1-0 in the five-match series.

Parthiv Patel had earlier chipped in with a handy 42 after England made an early breakthrough by dismissing Murali Vijay for 12.

Vijay fell with the total on 39 when he edged a catch behind to English wicketkeeper Jonny Bairstow off Ben Stokes. Patel and Pujara took the total along to 73 before Patel was trapped leg before wicket by English legspinner Adil Rashid.

Indian paceman Mohammed Shami struck twice at the start of the day to bring about a swift end to England's innings after the tourists had resumed on 268-8, failing to make the most of a good batting pitch after winning the toss.

He got Rashid for 4, caught behind in the second over of the morning, then trapped Gareth Batty lbw for 1 to leave James Anderson stranded on 13.