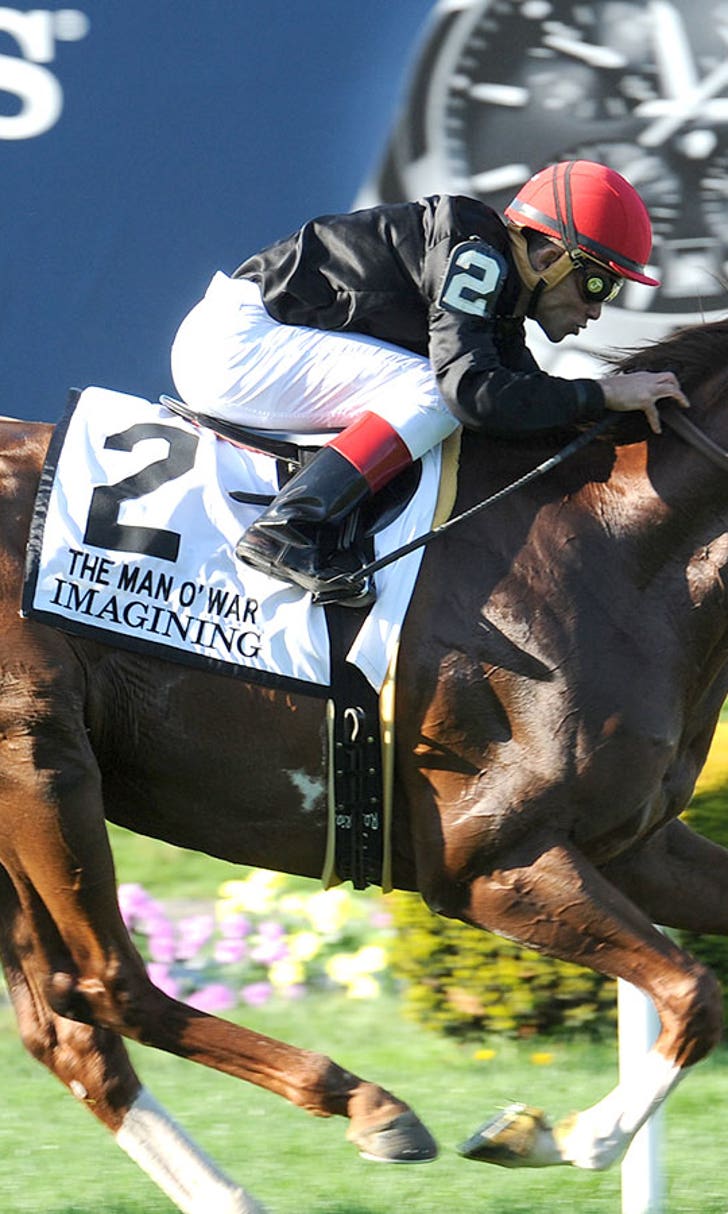 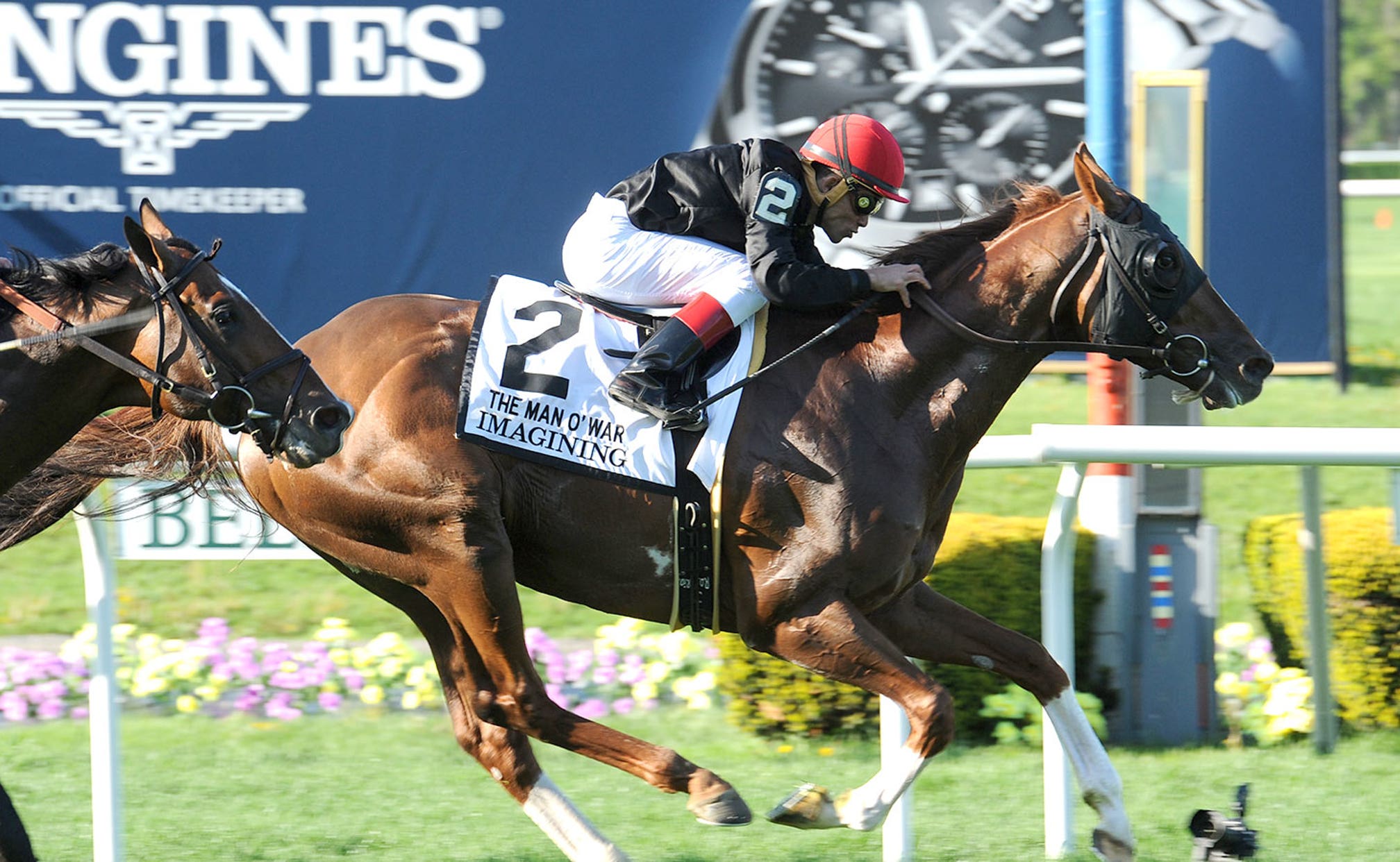 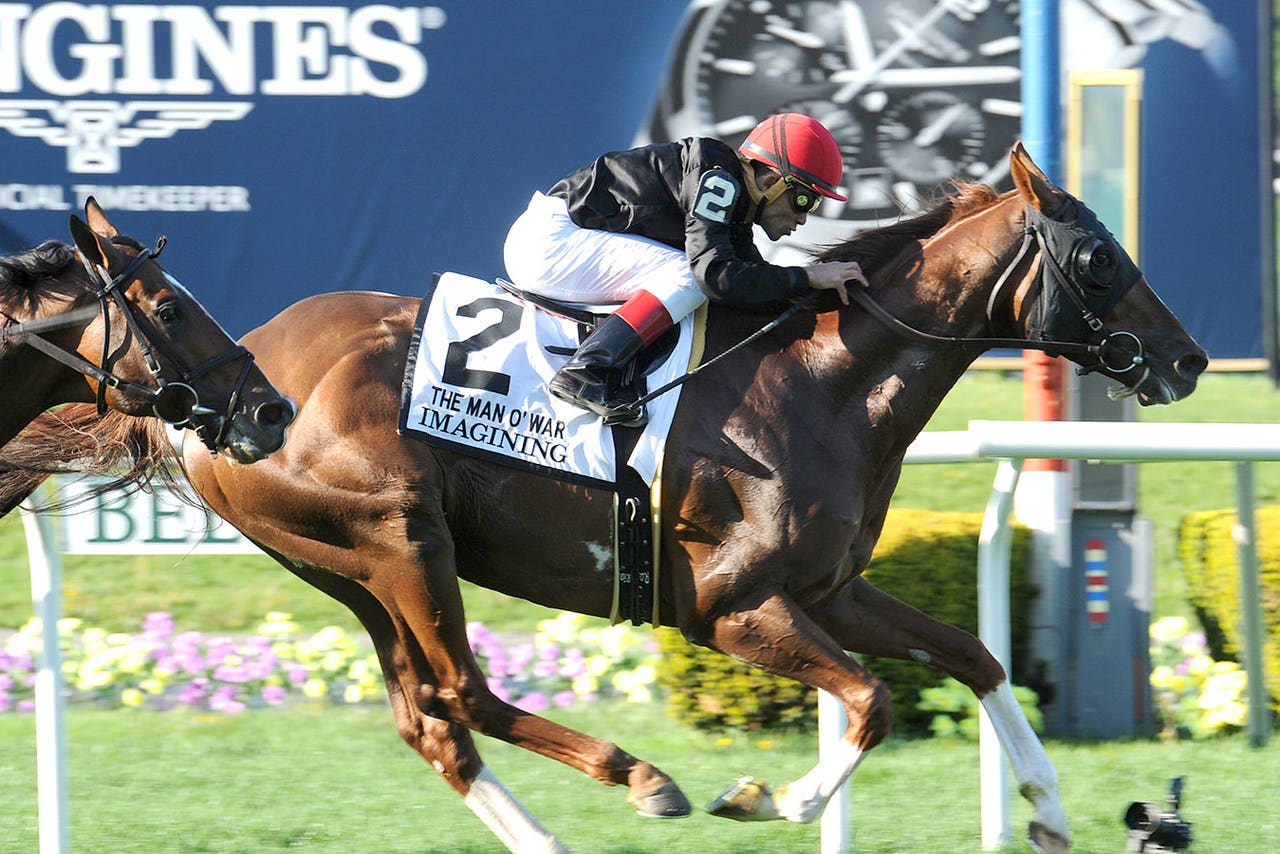 Imagining led all the way Sunday in the $400,000 Man o' War, giving Hall of Fame trainer Shug McGaughey his third straight victory in the turf stakes at Belmont Park.

McGaughey previously took the 1-3/8-mile race with Point of Entry (2012) and Boisterous (2013). The trio were owned and bred by the Phipps Stable.

Joel Rosario sent the 6-year-old to the front, and they controlled the pace over the course rated good. Real Solution rallied three wide to take aim at the leader, but the bid fell short by three-quarters of a length.

Imagining returned $8.50 on a $2 win bet. Real Solution was the runner-up, and Grandeur finished third.

In the supporting stakes:

* Fiftyshadesofhay found her best stride in the final stages, rallying to beat Grace Hall by three-quarters of a length in the $250,000 Ruffian for fillies and mares.

It was her first win since the Iowa Oaks last June, ending a five-stakes losing streak. The 4-year-old ran the mile in 1:35.70 for the Hall of Fame team of trainer Bob Baffert and jockey John Velazquez, paying $5 to win.

Last year's Belmont Stakes winner beat Declan's Warrior by 9-3/4 lengths as the 1-20 favorite. The 4-year-old is unbeaten in three stakes races this year for trainer Todd Pletcher. He paid $2.10 to win. The time for the mile was 1:35.53 with Velazquez aboard.