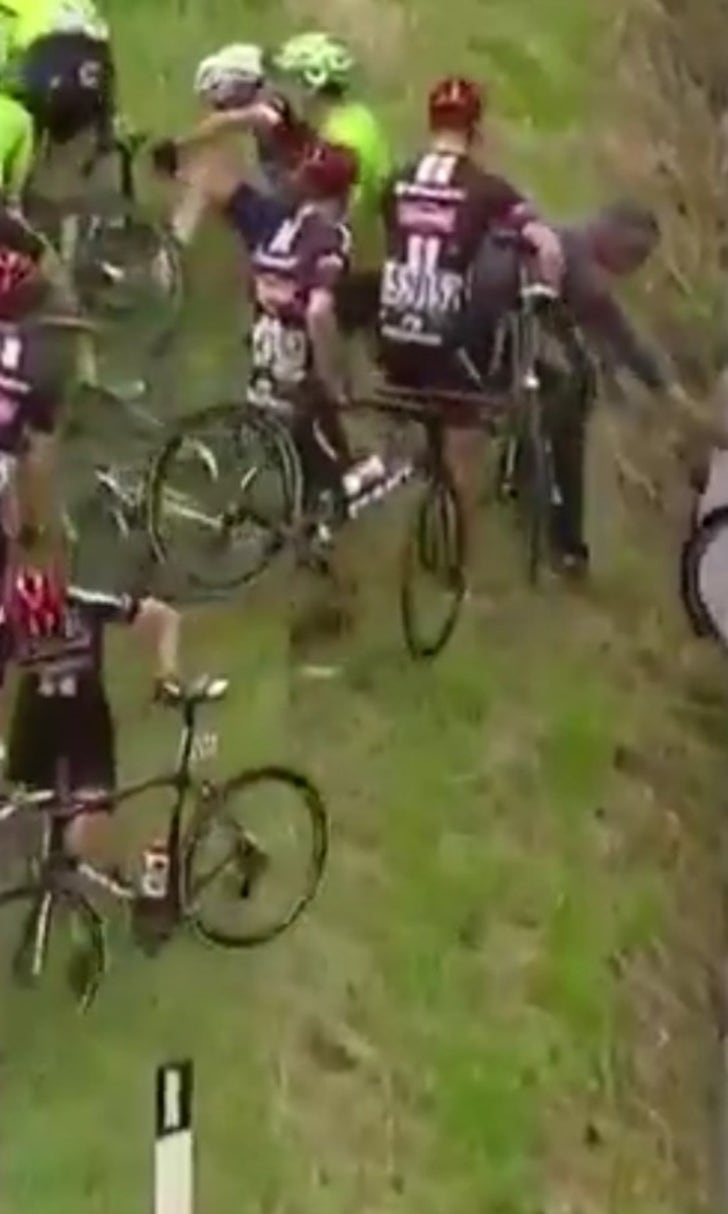 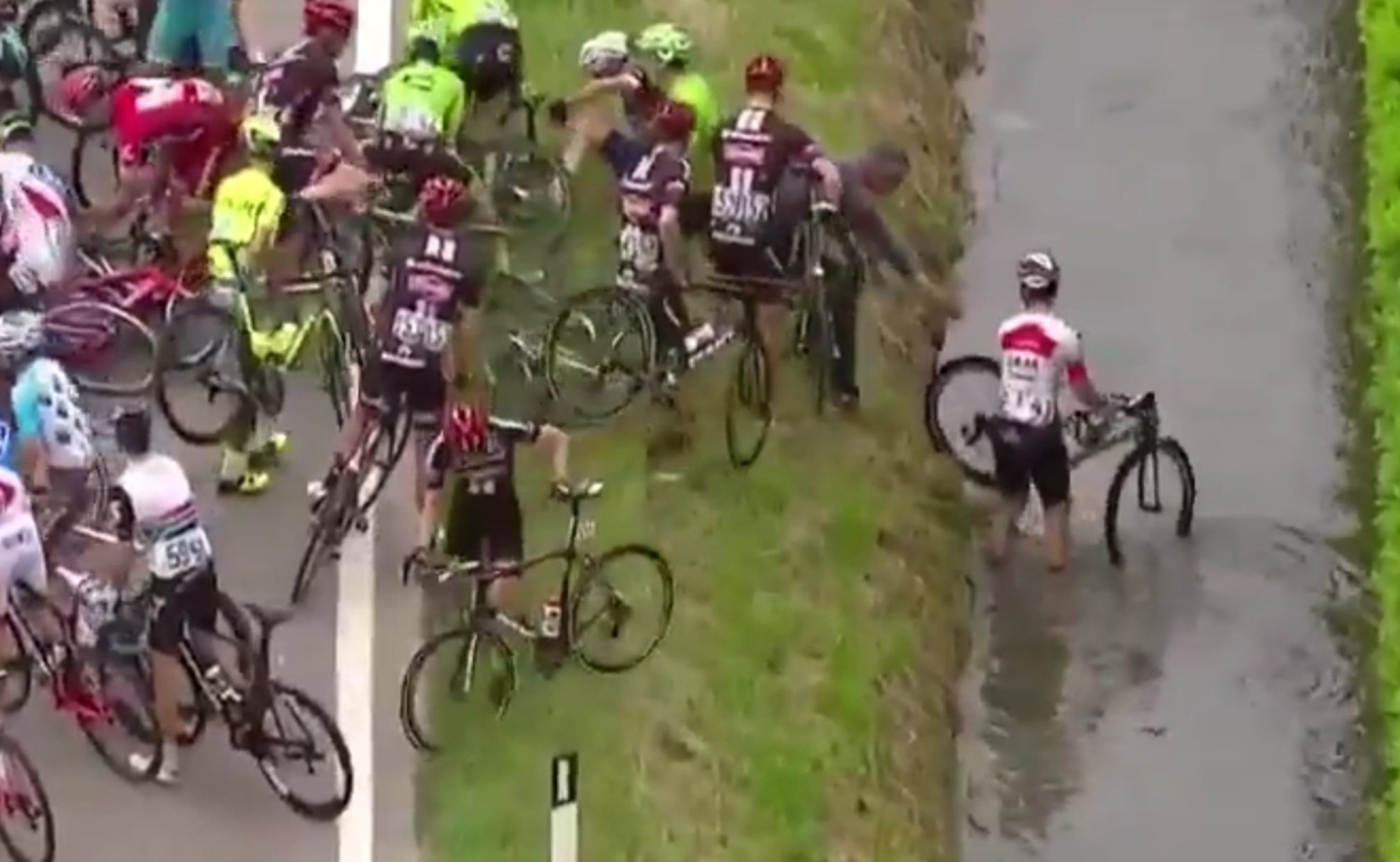 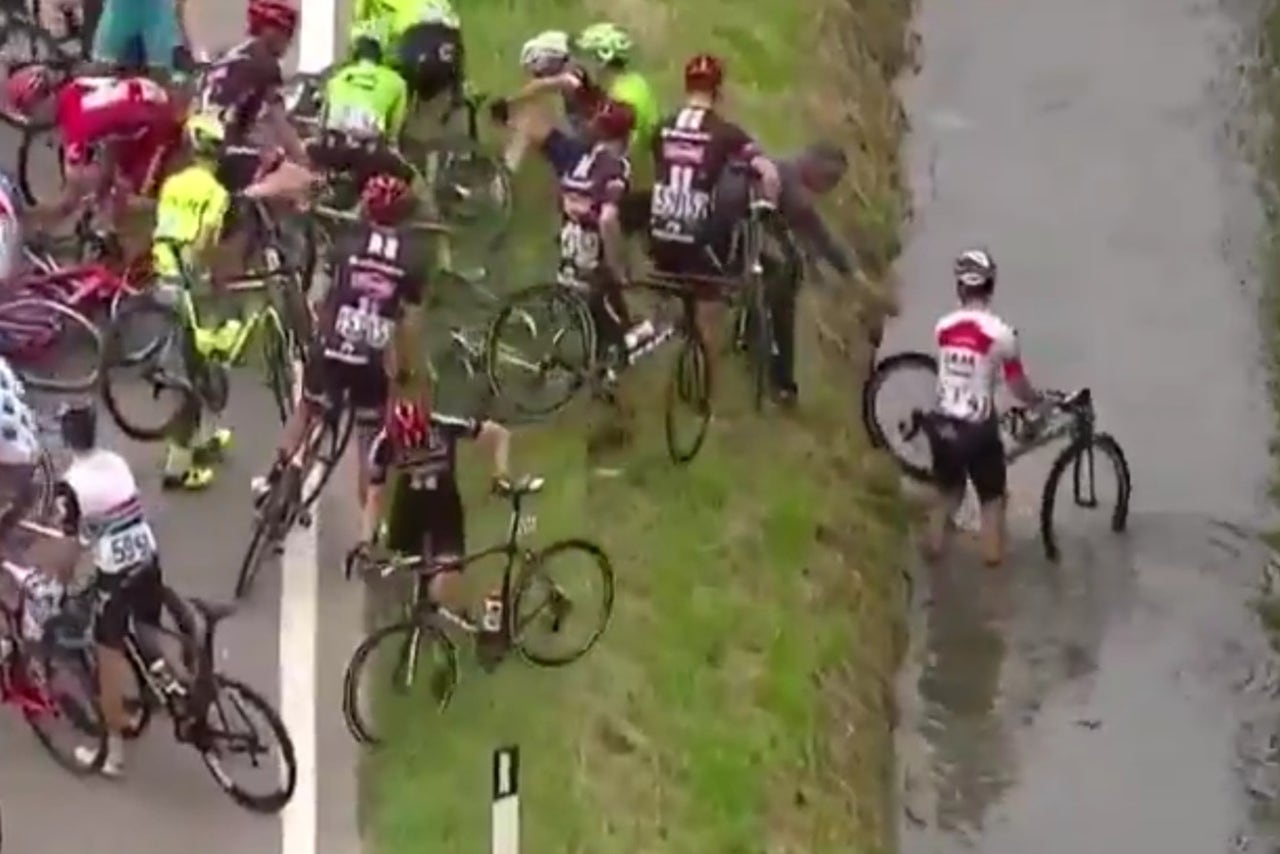 Around 30 kilometers before the a large pack of cyclists rolled into Asolo to complete the 11th stage of the Giro d'Italia Wednesday, a massive accident blocked the road and sent one rider into the water in a canal running parallel with the road.

IAM-Cycling's Lee Howard went for a "bit of a dip" but was fortunately uninjured.

So I went for a bit of a dip in the water today, luckily nothing hurt except my nice new @NWcycling shoes which got a bit damp and dirty.

(Thanks to FTW! for sharing this video.)