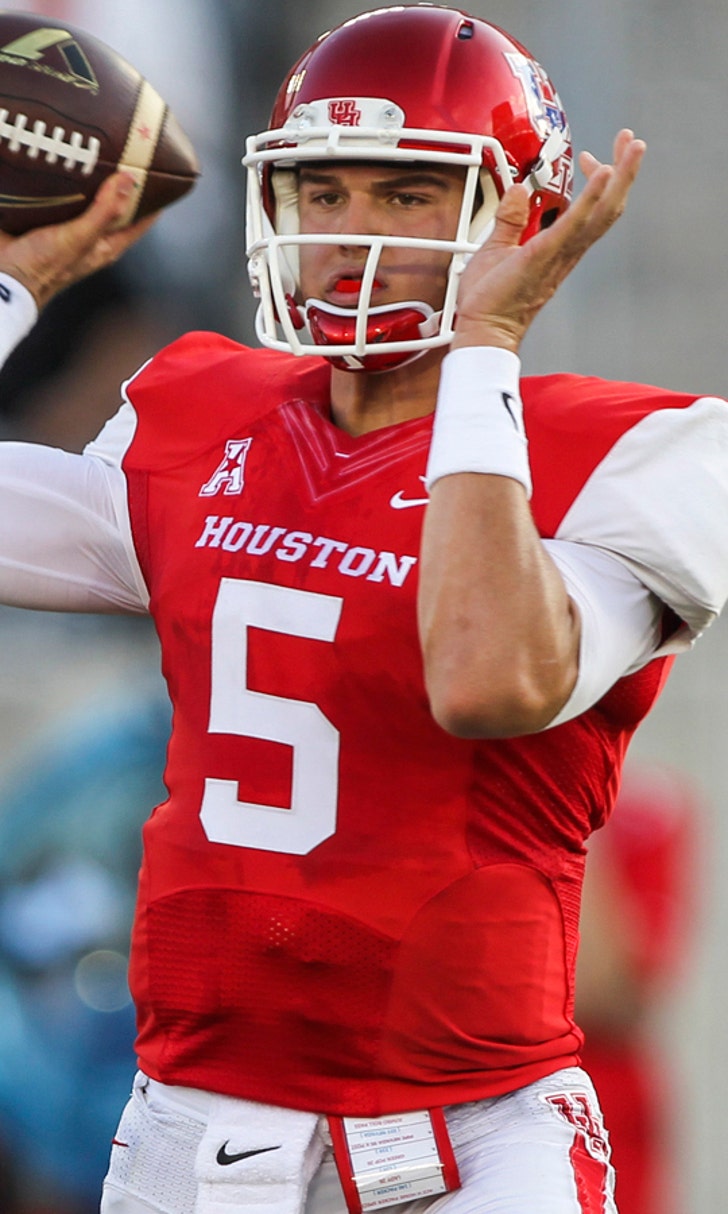 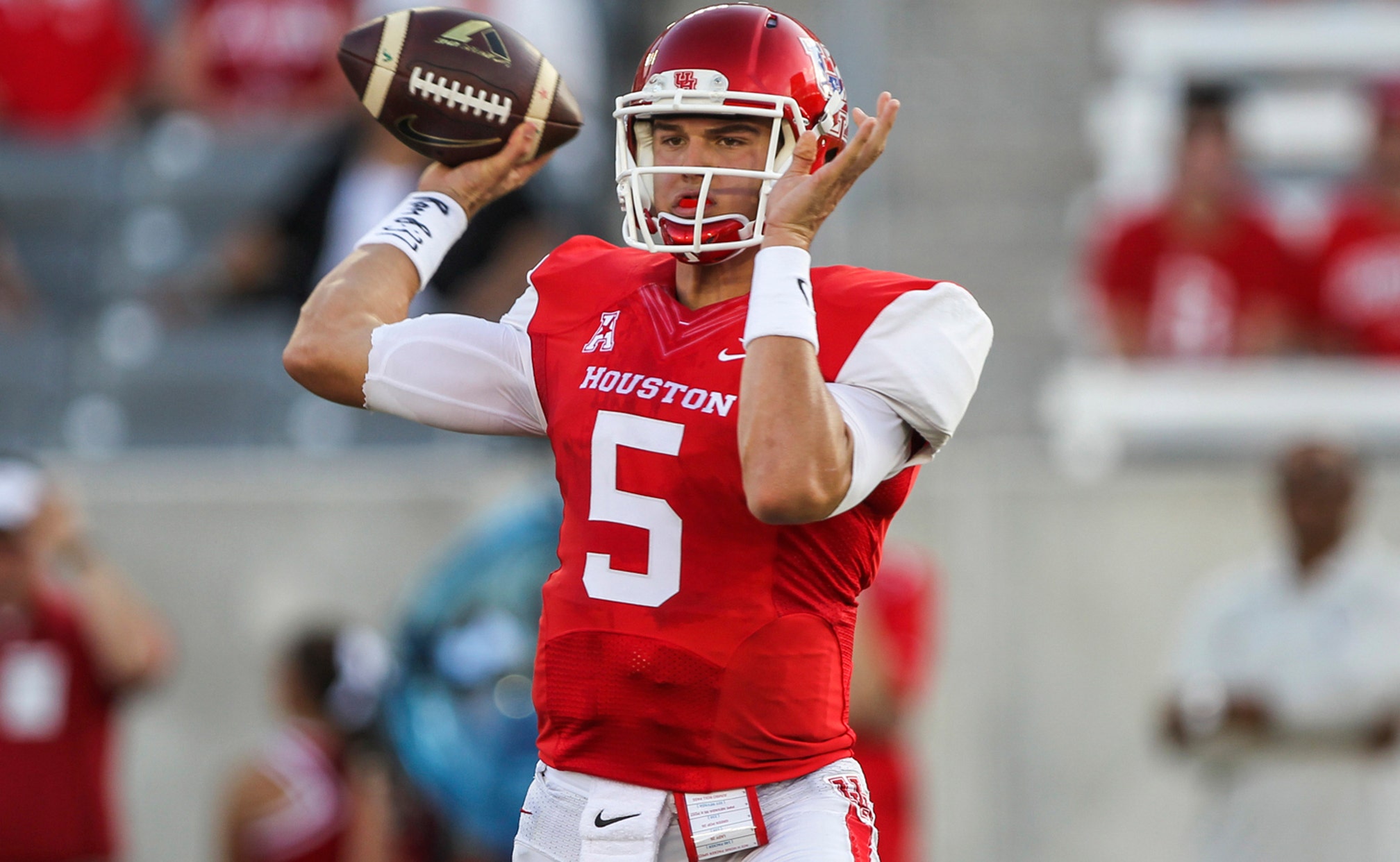 Houston QB O'Korn tweets he will transfer to Michigan

University of Houston quarterback John O'Korn posted on Twitter that he is transferring to Michigan.

O'Korn will have to sit out next season due to NCAA rules and will have two seasons of eligibility remaining.

The Fort Lauderdale, Florida, native was the freshman of the year in the American Athletic Conference in 2013, when he threw for 3,117 yards and 28 touchdowns. His play fell off last season and he lost the starting job to Greg Ward, who is going into his junior season.

New Houston coach Tom Herman granted O'Korn his release last month and now it looks as if he will join coach Jim Harbaugh at Michigan.

"Can't wait to play for (at)CoachJim4UM (at)CoachJeddFisch in the BIG HOUSE! (hash)GoBlue" O'Korn posted Thursday with an image of Michigan Stadium.