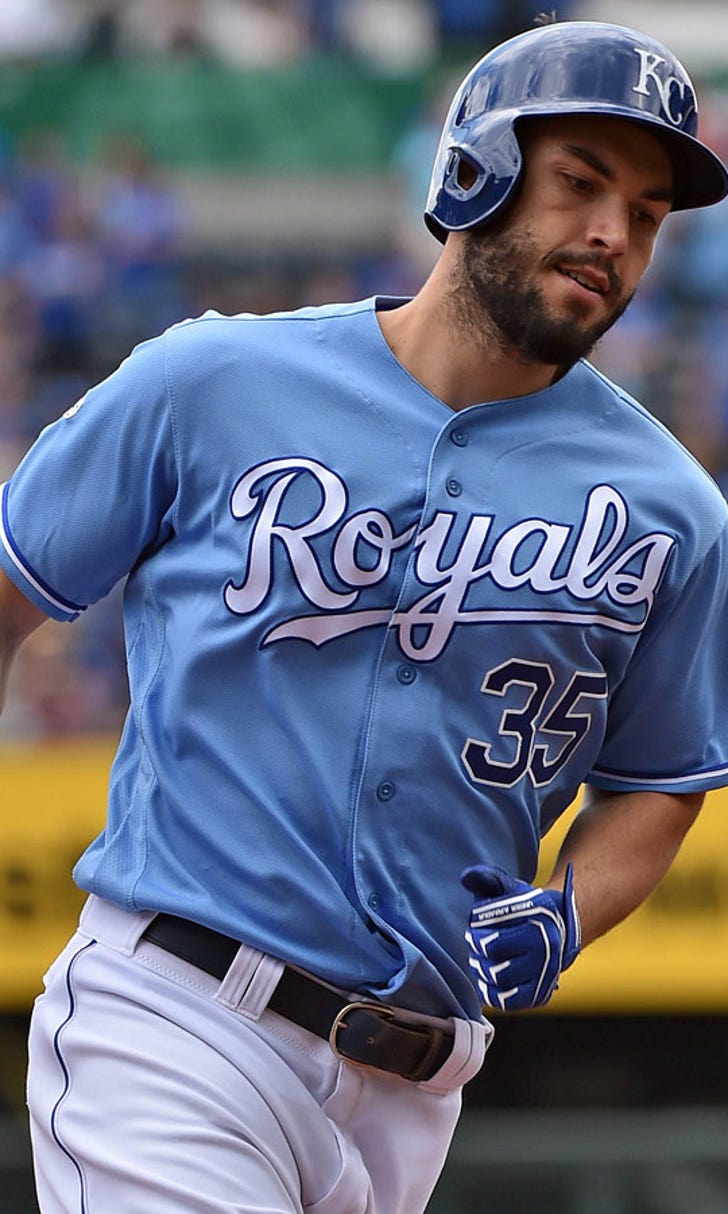 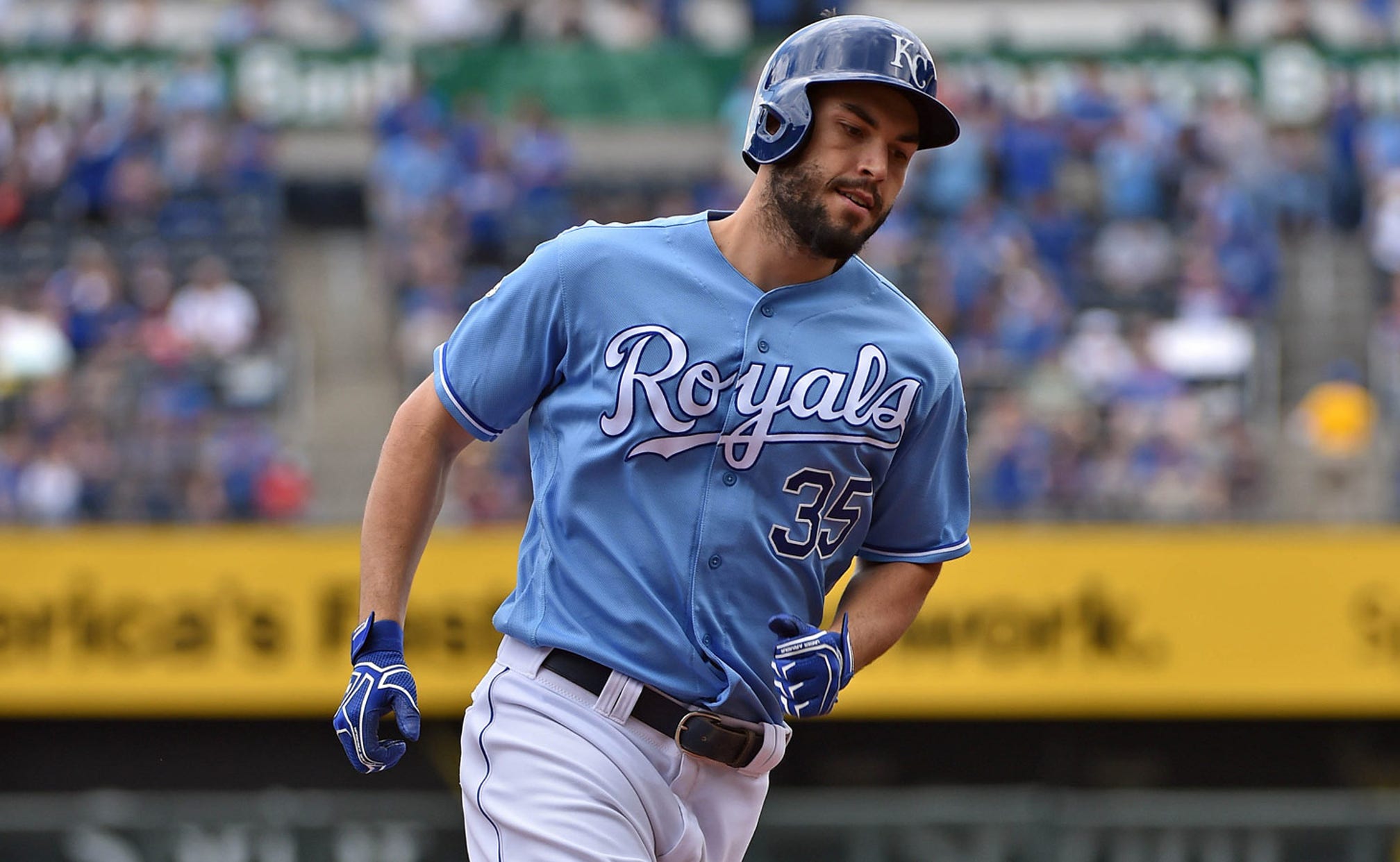 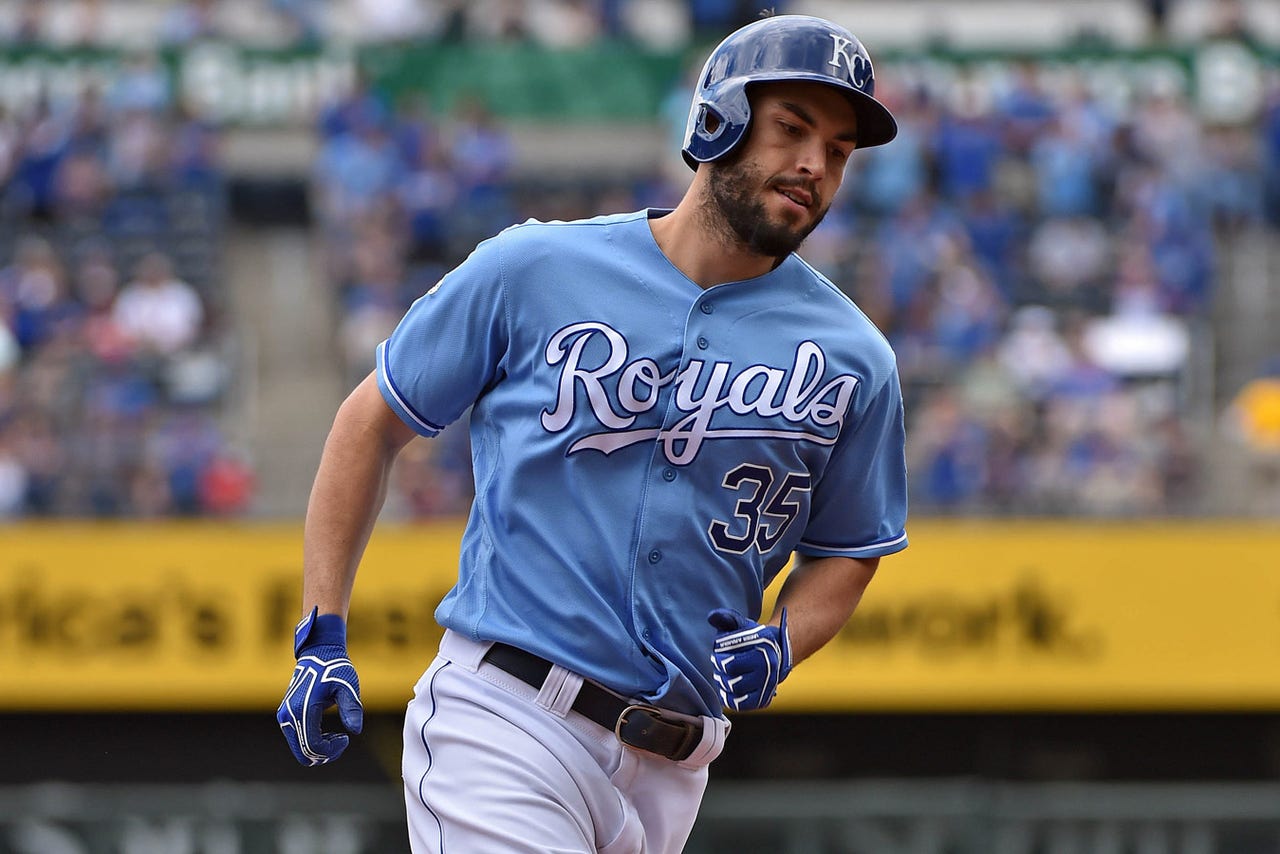 KANSAS CITY, Mo. -- Royals manager Ned Yost said he was going to ride the hot hand after Paulo Orlando's big night at the plate against Boston, meaning right field platoon mate Jarrod Dyson might be sitting for a while.

It turned out to be about 12 hours.

Yost put Dyson back in the lineup for the opener of a doubleheader Wednesday, and the speedy outfielder responded with a triple in the sixth inning that led to the go-ahead run. Dyson also threw out the tying run at third base in the eighth inning, helping Kansas City preserve a 3-2 win over the Red Sox.

"I just try to do my job. Just go out there and make plays and help this team win," Dyson said. "It's nice to get back to playing Royals baseball, especially at home."

Eric Hosmer followed a single by Alcides Escobar with a homer in the first inning, and Lorenzo Cain added a sacrifice fly following Dyson's triple to provide the Royals' only offense.

It proved to be enough for Ian Kennedy and their bullpen.

Kennedy allowed two runs on six hits and a walk over 5 2/3 innings, striking out nine, before Brian Flynn -- who earned his first career win -- and Luke Hochevar combined to strike out four consecutive batters.

Kelvin Herrera allowed back-to-back base hits in the eighth, but Xander Bogaerts was thrown out by Dyson in right field trying to reach third base. Travis Shaw proceeded to fly out to end the inning.

Wade Davis worked around a single in the ninth for his ninth save.

Wright (3-4) surrendered five hits without a walk in a complete game for Boston.

The knuckleballer set down 10 straight at one point, but the two extra-base hits came back to haunt him. Still, it was a nice rebound after allowing five runs in 4 1/3 innings against Houston in his last start.

"He had really good stuff," the Royals' Lorenzo Cain said.

Chris Young homered in the fifth for the Red Sox. David Ortiz drove in their other run.

"We had some key opportunities in the fourth and the fifth and once again in the eighth inning," Farrell said. "Credit their defense. They come up with some huge plays."

The doubleheader, caused by a rainout of Monday night's series opener, came after Kansas City won 8-4 on Tuesday night. Left-hander David Price will try to salvage a win for Boston from the three-game series when he starts against right-hander Edinson Volquez in the nightcap.

The Red Sox had sailed into the series after averaging 10.4 runs on their seven-game homestand. But the cold, hard rain that fell Monday night and into Tuesday apparently cooled off their offense.

Meanwhile, the Royals (20-19) are starting to heat up after a prolonged cold spell. The reigning World Series champions nudged back over .500 with their third straight win and fourth in five games.

"Tremendous defense today," Yost said. "We're starting to capitalize on situations a little more. 'Hos' has been really hot for us. It's good to see us starting to turn the corner."

Royals: RHP Chris Young (right forearm strain) is throwing from 60 feet but has yet to pitch from the mound. ... 3B Mike Moustakas (left thumb fracture) was the DH and went 2 for 4 with an RBI in his first rehab game Wednesday at Double-A Northwest Arkansas. He could rejoin the Royals this weekend in Chicago.

After the nightcap, Boston heads home to begin a three-game set against Cleveland and the Royals visit the White Sox for three games. Both of those series begin Friday night.

Boston Red Sox
share story
those were the latest stories
Want to see more?
View All Stories
Fox Sports™ and © 2021 Fox Media LLC and Fox Sports Interactive Media, LLC. All rights reserved. Use of this website (including any and all parts and components) constitutes your acceptance of these Terms of Use and Updated Privacy Policy. Advertising Choices. Do Not Sell my Personal Info