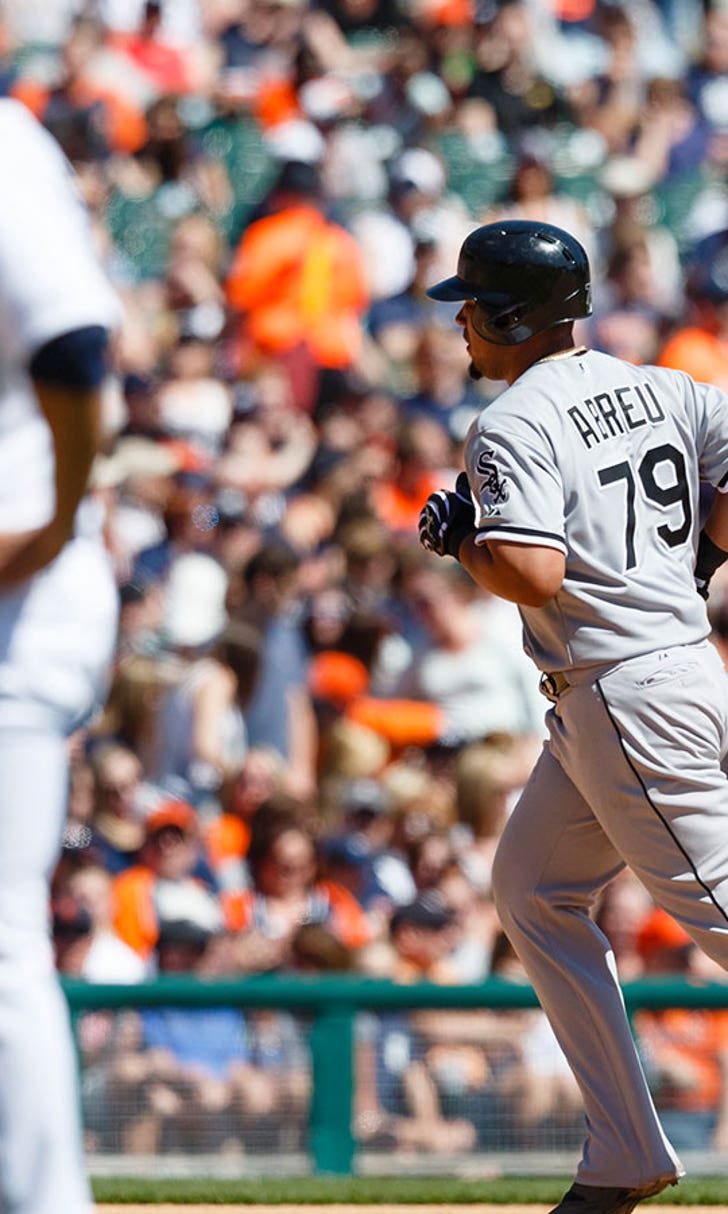 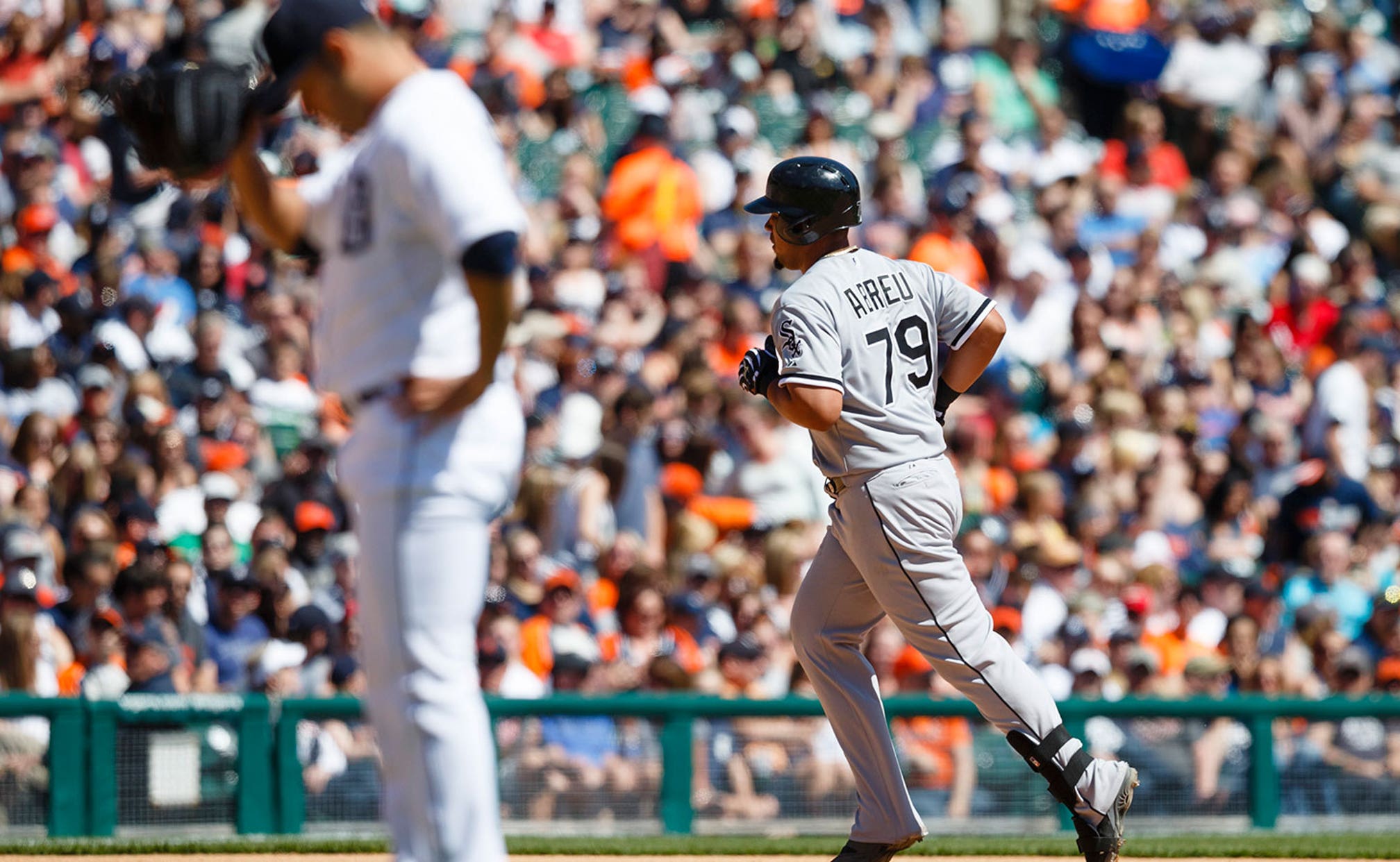 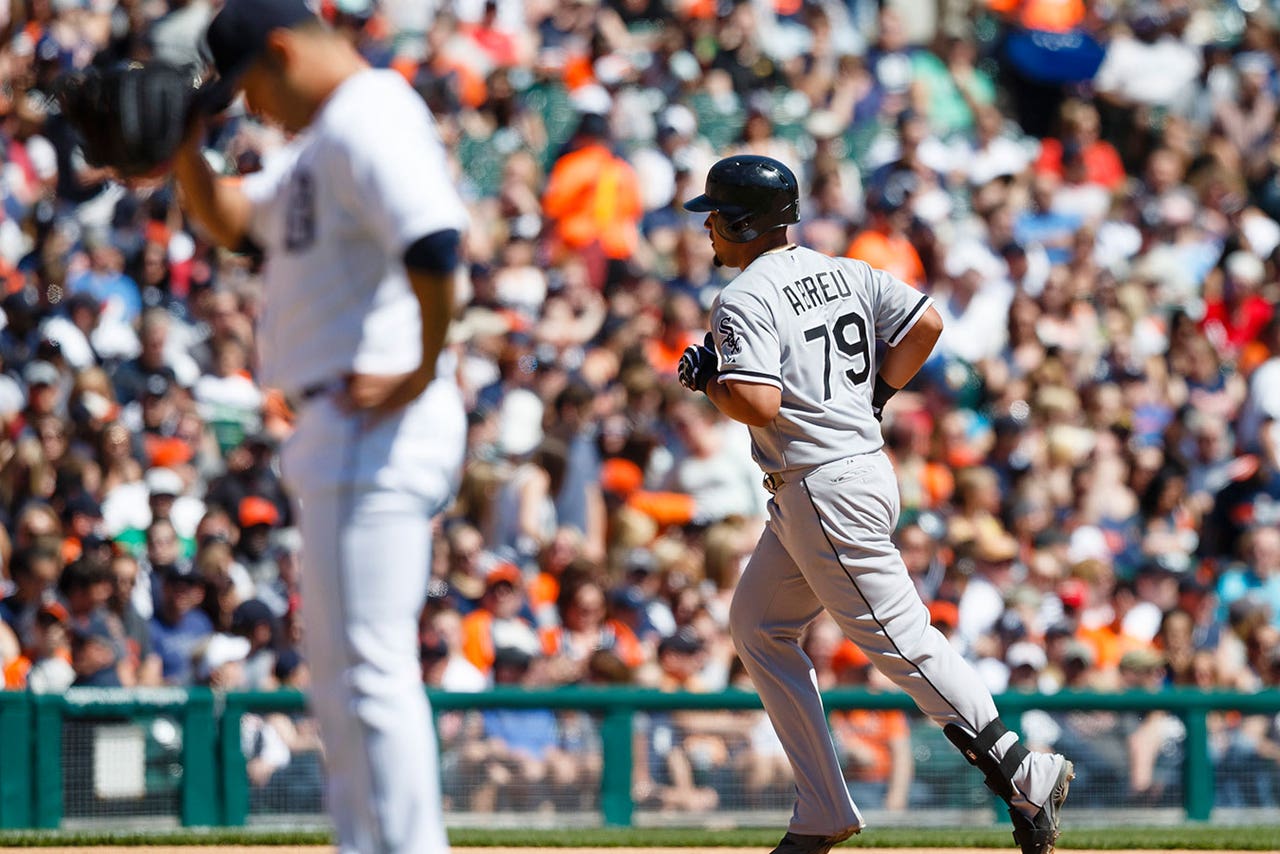 DETROIT -- Some things you can't predict and baseball is one of them.

The Chicago White Sox came into Saturday's game with the fewest runs scored in the majors at 25.

Plus, they were facing Tigers starter Anibal Sanchez, considered to have some of the best stuff on a strong staff.

You'd figure that with Chris Sale going for Chicago, it could be a pitchers' duel like Friday's between David Price and Jeff Samardzija.

Instead, the White Sox clubbed Sanchez for nine runs on nine hits in 3 1/3 innings en route to a 12-3 victory.

"You have games like this every year," Tigers manager Brad Ausmus said. "Mom told me there'd be days like this."

Ausmus' mom probably didn't tell him that after giving up a total of four home runs in 20 starts in 2014, Sanchez would allow five in his last two starts combined this season.

"I guess it's concerning, just because it's happened, but I don't expect it to be a trend," Ausmus said.

During spring training, Sanchez gave up seven home runs in seven starts, but said it wasn't important because they weren't game-planning for specific hitters.

In his last start, on April 13, he allowed three homers to the Pittsburgh Pirates in the Tigers' first loss of the season.

On Saturday, he gave up a three-run home run to Adam LaRoche in the third inning and a grand slam to Jose Abreu in the fourth.

"I'm not going out there just giving up homers or something like that," Sanchez said. "I don't know what's going on right now. I need to figure it out."

"I mean, chalk that up to weird stuff that happens in baseball, I guess," Avila said.

James McCann, who caught Sanchez on Saturday, said the credit should go to the White Sox for their approaches.

"It was just one of those things when he made his pitch, they were making good swings, whether they were fouling it off or putting it in play," McCann said. "And they didn't miss any mistakes.

"It's not that he pitched worse than any other day. I think he was just up against a tough lineup, and they did a heck of a job today to battle and wear him down and get pitches they could handle."

With Sale on the other side, it was going to be difficult to mount a comeback.

"He's not overrated by any means," McCann said. "All the stuff you hear is true. He's got an extremely good arm, with three plus-pitches, a little bit of a funky delivery with the arm slot. He's a heck of a pitcher."

Sanchez is normally a heck of a pitcher, too, just two years removed from winning the AL ERA title at 2.57 in 2013.

For now, it's still a small sample size for Sanchez, something that could easily even out over the course of a full season.

"I know that I'm not the kind of pitcher that just goes out there and doesn't care what happens," Sanchez said. "I care and I'm really frustrated right now."

Sanchez is usually second only to Victor Martinez in arriving at the clubhouse to get to work, so there's no question he'll be in early Sunday to see if he can find something to change.

The Tigers could face a difficult decision this coming week.

Nathan, who went on the DL with a right elbow flexor strain April 7, was supposed to just do long tossing on flat ground Saturday.

When he did that and felt great, pitching coach Jeff Jones suggested getting on the mound, where he threw 14 or 15 pitches.

"I was not planning on throwing off the mound, but it felt good," Nathan said. "It was my first time on the mound, first time throwing on an angle. I let it go (fairly) good, and I threw three curveballs just to get a little touch and feel."

If he feels good Sunday, Nathan said he'll throw a full bullpen Monday. If he's ready to come off the DL, the Tigers would probably want him to get some kind of game action, whether it's a simulated game or a rehab assignment.

"If it's up to me, we'd want to just start playing, but you have to be smart," Nathan said. "You can't just get activated, go pitch and then tweak something and then need a day or two. You put your team in kind of a bind."

In Nathan's absence, Joakim Soria has filled in perfectly. In Soria's last five outings, he's 1-0 with three saves, a 1.80 ERA and three strikeouts. He's tied for the AL lead with four saves.

Tigers manager Brad Ausmus has said all along that as soon as Nathan is healthy, he gets his closer's job back.

"I am not worried about losing a role or doing anything except winning ballgames," Nathan said. "I think that's what our bullpen and, bigger picture, our team is trying to do -- win as many games as we can.