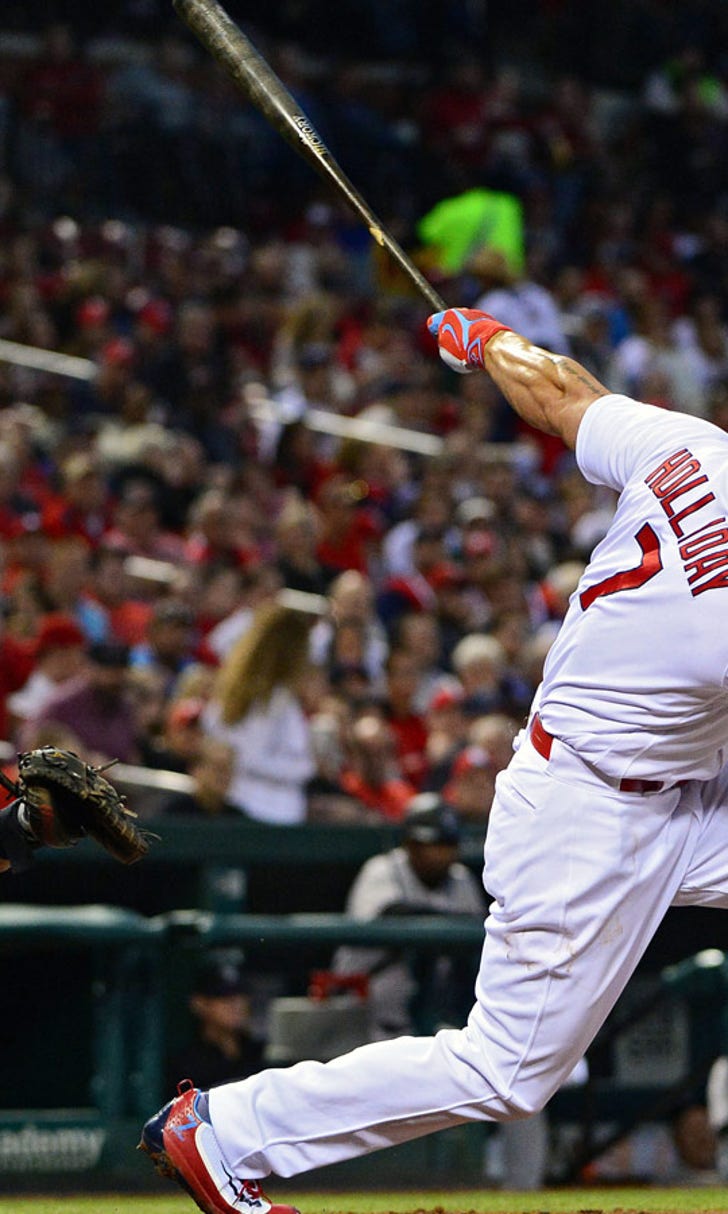 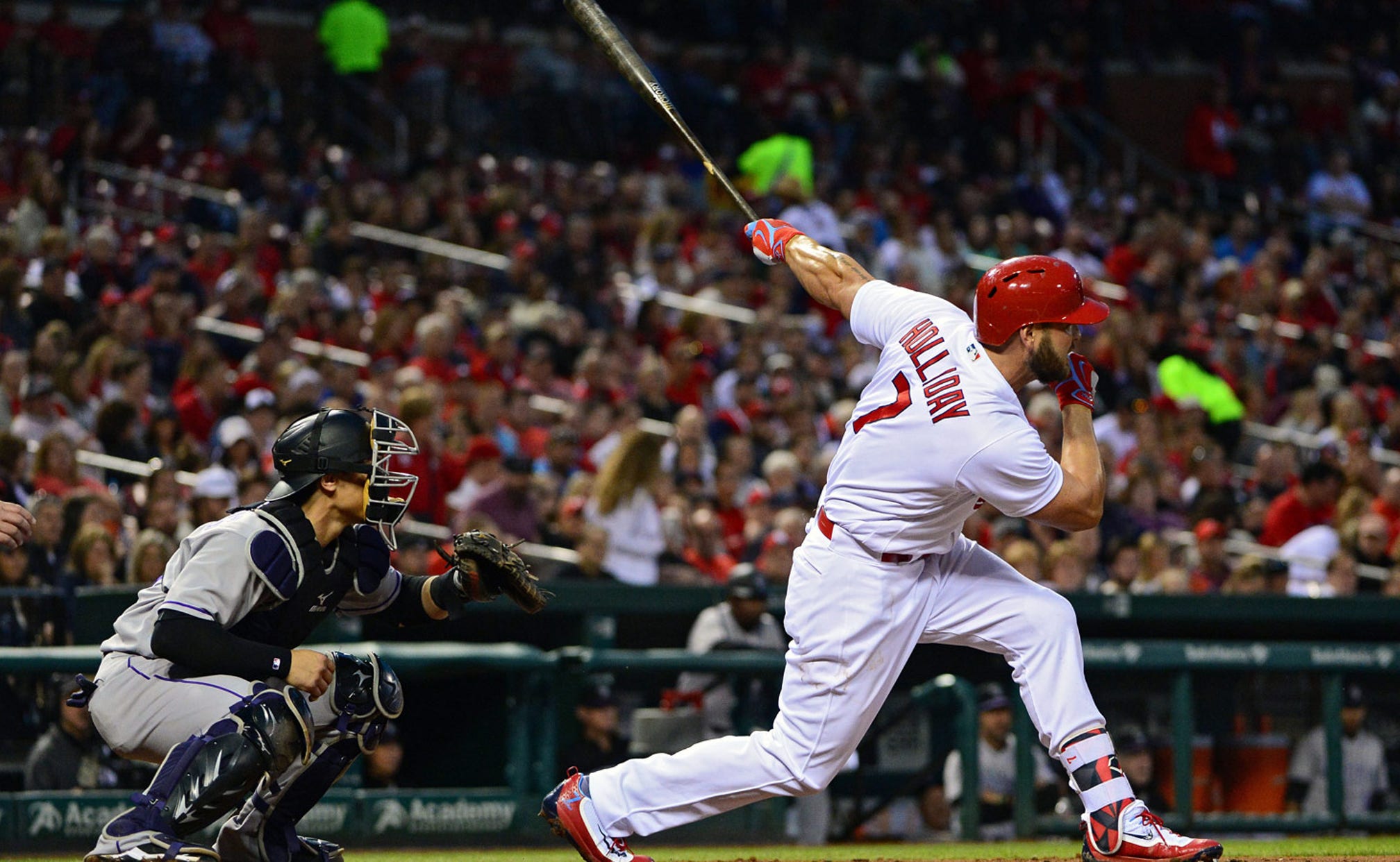 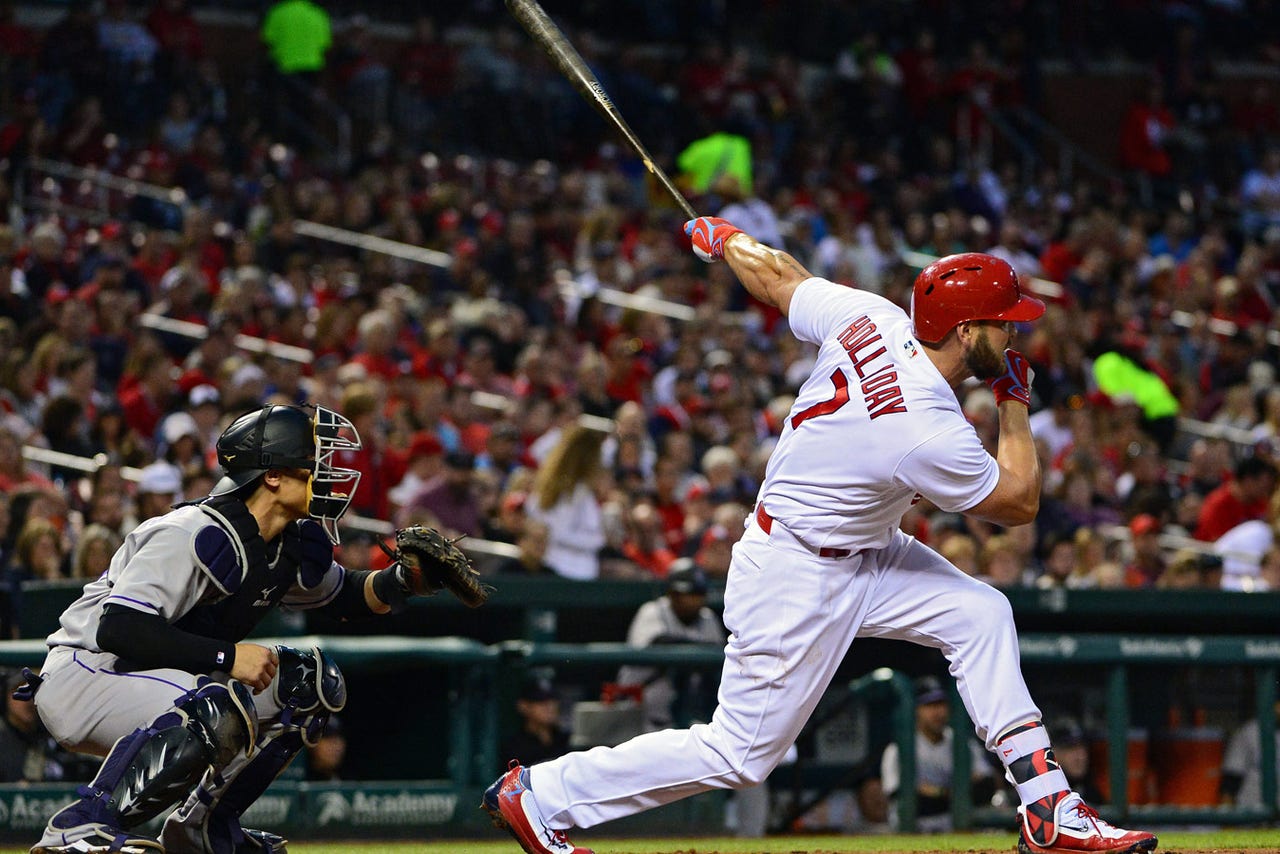 ST. LOUIS -- Adam Wainwright said his curveball was the best it's been all season. The sinker was, too.

That spelled bad news for Colorado Rockies hitters, and welcome relief for his ERA.

The St. Louis Cardinals' ace threw six-hit ball into the seventh inning in his strongest start after a shaky beginning and Matt Holliday had a two-run double to end the Rockies' five-game winning streak with a 2-0 victory Wednesday night.

"It's very hard not to know kind of where you're at because people will tell you," Wainwright said. "Somebody will text you yourwhole stat line. I know I've got probably 20-something more starts and a lot of really, really good things can happen."

Rockies cleanup hitter Carlos Gonzalez found out right away that Wainwright was on his game when he broke his bat on a soft lineout to the mound in the first.

"So far his year has not been very good," Gonzalez said. "But he's just one of those pitchers that's got a really good track record, and he pitched like the old Wainwright."

Stephen Piscotty had three hits and scored a run for the Cardinals, who had lost three of four.

Chris Rusin (1-2) allowed two runs in six innings for the Rockies, who averaged five runs a game during the winning streak, which was their longest since a six-game run Sept. 16-21, 2014.

"I had good movement on my ball, I was hitting my spots," Rusin said. "Just the ball bounced the wrong way to Holliday. A ground ball and you can live with that."

"Matty stepped up for me, that was a huge hit," Wainwright said. "That lineup is very tough, so when you get ahead of them you have to stay ahead."

Wainwright (4-3) worked a season-high 6 2-3 innings, one-third of an inning longer than his previous best, and lowered his ERA 88 points to a still-unsightly 5.92. He's 8-1 with a 1.31 ERA for his career against Colorado and is 4-0 in his last five starts overall.

"I've continued to stay positive," Wainwright said. "Even when you're struggling, you stay positive and a lot of good things can come out of it."

Kevin Siegrist struck out Charlie Blackmon looking with two on to end the seventh and Trevor Rosenthal earned his eighth save in nine chances.

Rusin was much improved from last two outings, in which he allowed 10 runs in 11 innings.

The Rockies stayed in it with several nice defensive plays. Third baseman Nolen Arenado made a diving stop to start a double play in the first, denying Yadier Molina's bid for an RBI hit. Blackmon made a running catch in right-center on a liner by Molina to end the third and first baseman Mark Reynolds foiled a squeeze bunt attempt by Wainwright in the fourth, shoveling to the plate for an easy out.

Shortstop Aledmys Diaz booted a double-play grounder for his 10th error in the first but the Rockies stranded two when Reynolds lined out.

Wainwright has walked one or fewer in seven consecutive starts. His only free pass Wednesday was to D.J. LeMahieu with one out in the seventh.

Cardinals: SS Jhonny Peralta (left thumb) homered taking batting practice for the first time since being injured early in spring training and is expected to begin a rehab assignment soon.

Rockies: Jon Gray (1-1, 4.71) earned his first career victory his last time out, striking out eight in seven innings against the Mets.

Cardinals: Michael Wacha (2-4, 3.23) has lost four consecutive starts for the first time in his career.