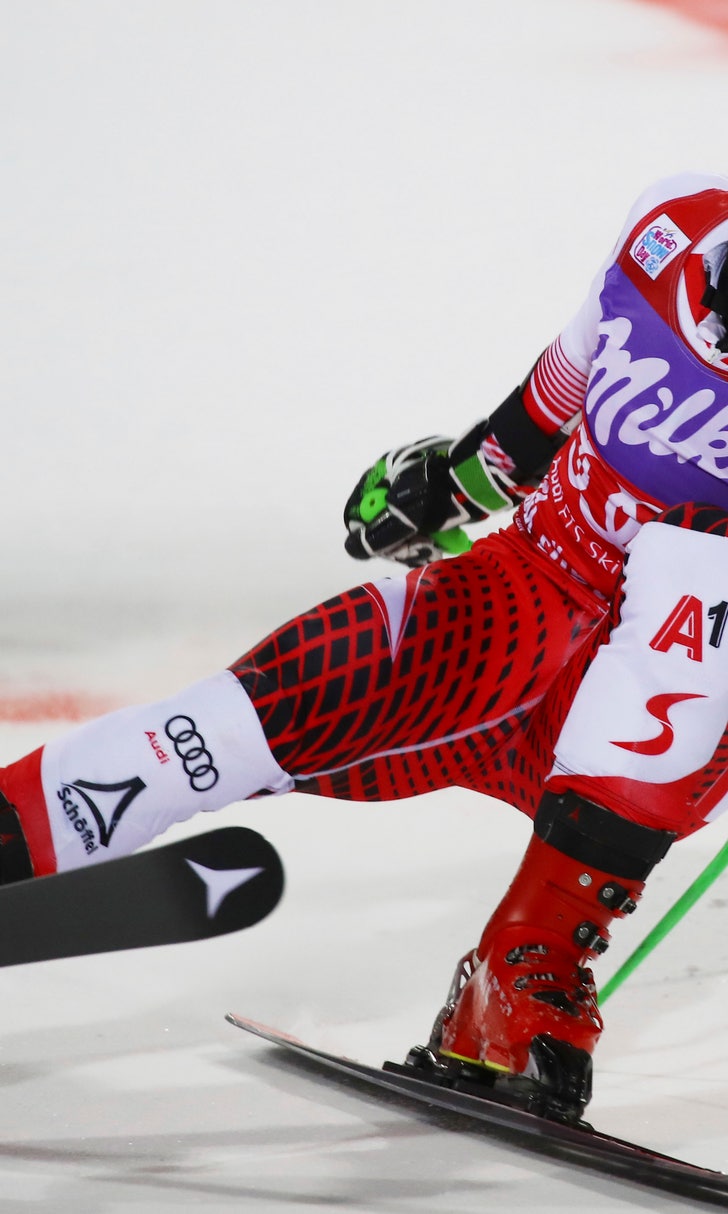 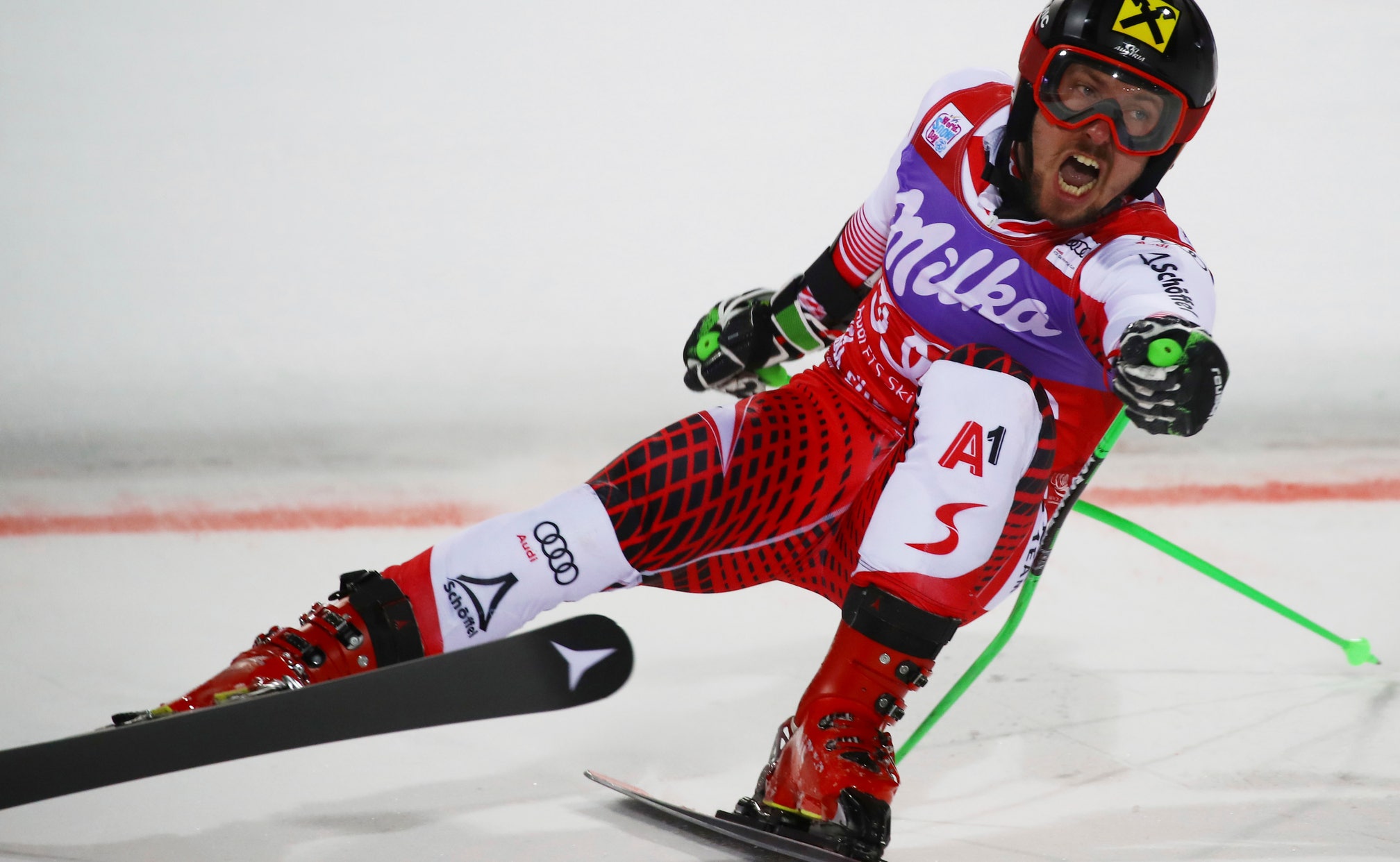 Hirscher beat unheralded Thibaut Favrot of France in the final by 0.14 seconds.

It was Hirscher's second win in two days after taking the traditional GS race on Sunday.

He has a record eight career victories on the Gran Risa course.

It was also the 62nd World Cup victory of Hirscher's career, putting him level with Moser-Proell and behind only record-holder Ingemar Stenmark (86 wins) and Lindsey Vonn (82).

"In a skiing nation like Austria that is something very special," Hirscher said. "Unfortunately, I never watched (Moser-Proell) race but it's always nice to talk to Annemarie. I really like how much appreciation she shows for current ski racing."

Favrot made the podium in only his 12th World Cup race; his best previous results were 17th in a GS in Germany last season and 18th on Sunday.

Needing to complete six runs to win in a knockout format, skiers were shuttled back up to the start after each leg on offroad vehicles following brief pit stops with their ski technicians.

Hirscher extended his overall World Cup lead to 139 points over fellow Austrian Max Franz, who was eliminated in the first round.

"These were two very hard days," Hirscher said. "This whole schedule for all athletes is pretty hard to manage but it is working out amazing at the moment and hopefully I can take this form with me to the races in Saalbach and Madonna."