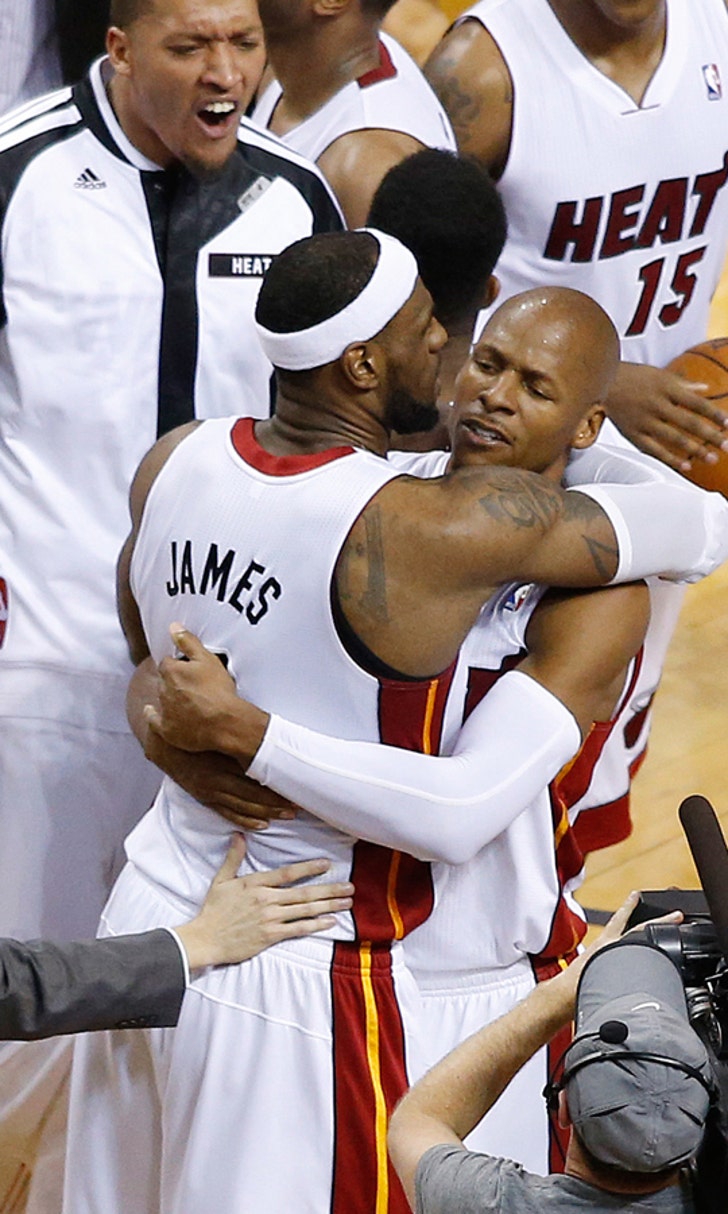 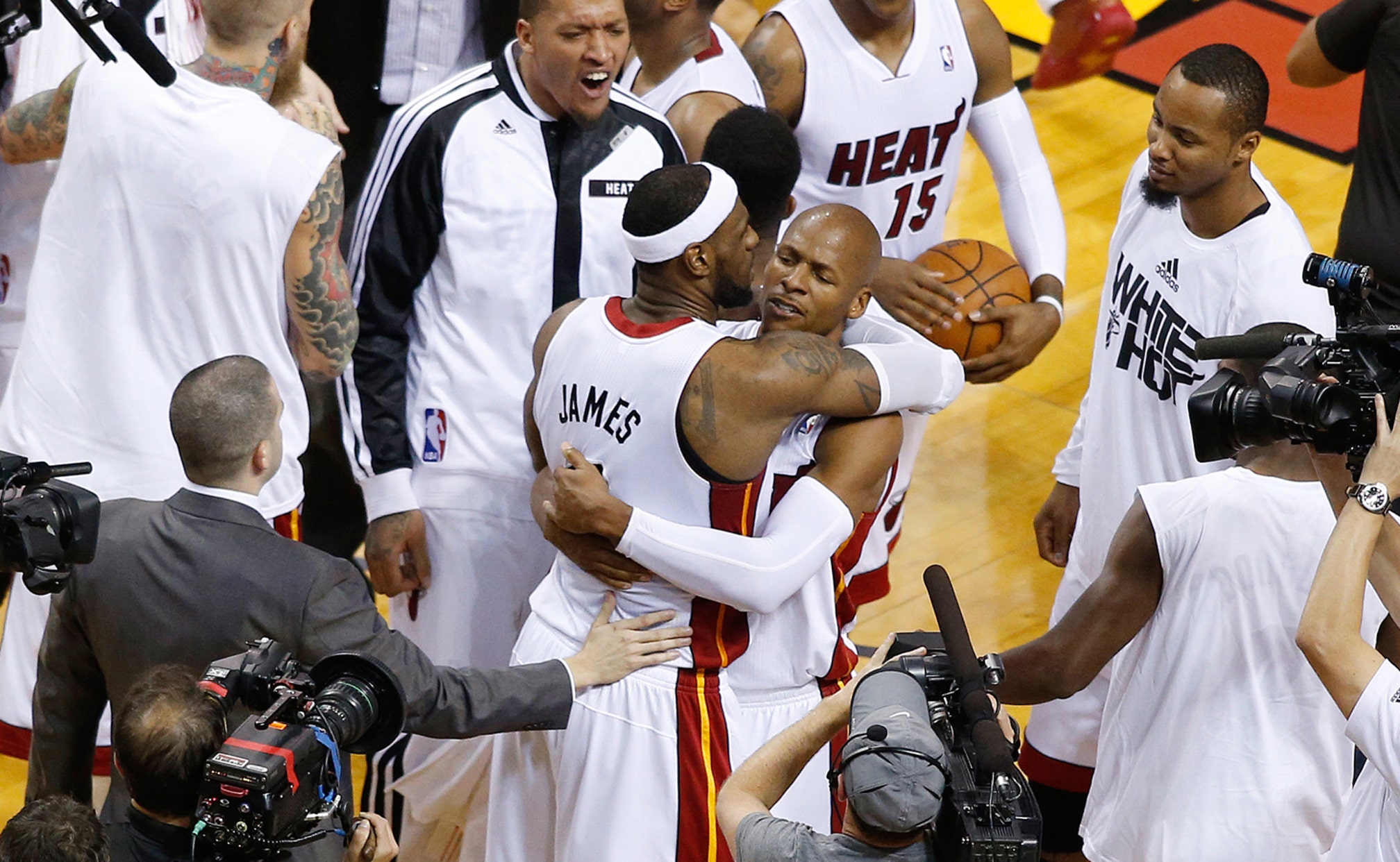 MIAMI -- It wasn't quite as dramatic as that 3-pointer in Game 6 against San Antonio -- not quite.

Ray Allen hit the go-head 3-pointer with 32 seconds left and the Heat held on for a 96-94 victory against the Brooklyn Nets in Game 5 of the Eastern Conference semifinals Wednesday night at AmericanAirlines Arena.

Miami went on a 13-3 run during the final 2:48 to advance to play the winner of the Indiana-Washington series in the conference finals. Game 6 between the Pacers and Wizards is Thursday night; the Pacers lead 3-2.

Allen, whose 3-pointer from the right corner forced overtime against the Spurs in Game 6 of the NBA Finals, nailed his 3-pointer with 32 seconds left to give Miami the lead.

The veteran then sank two free throws with 21 seconds left before Joe Johnson's 3-pointer pulled Brooklyn within 94-93 with 11 seconds remaining.

Allen and LeBron James (29 points) converged on Johnson during the game's final play and forced the Nets star to fumble the ball as time expired.

Johnson's 34 points led Brooklyn, which was ahead 75-66 after three quarters.

Allen's 3-pointer have Miami the lead for good.

Again Allen, who finished with 11 points and teamed with James to deny Joe Johnson on the game's final play.

The Heat await the Indiana-Washington winner in the Eastern Conference finals.