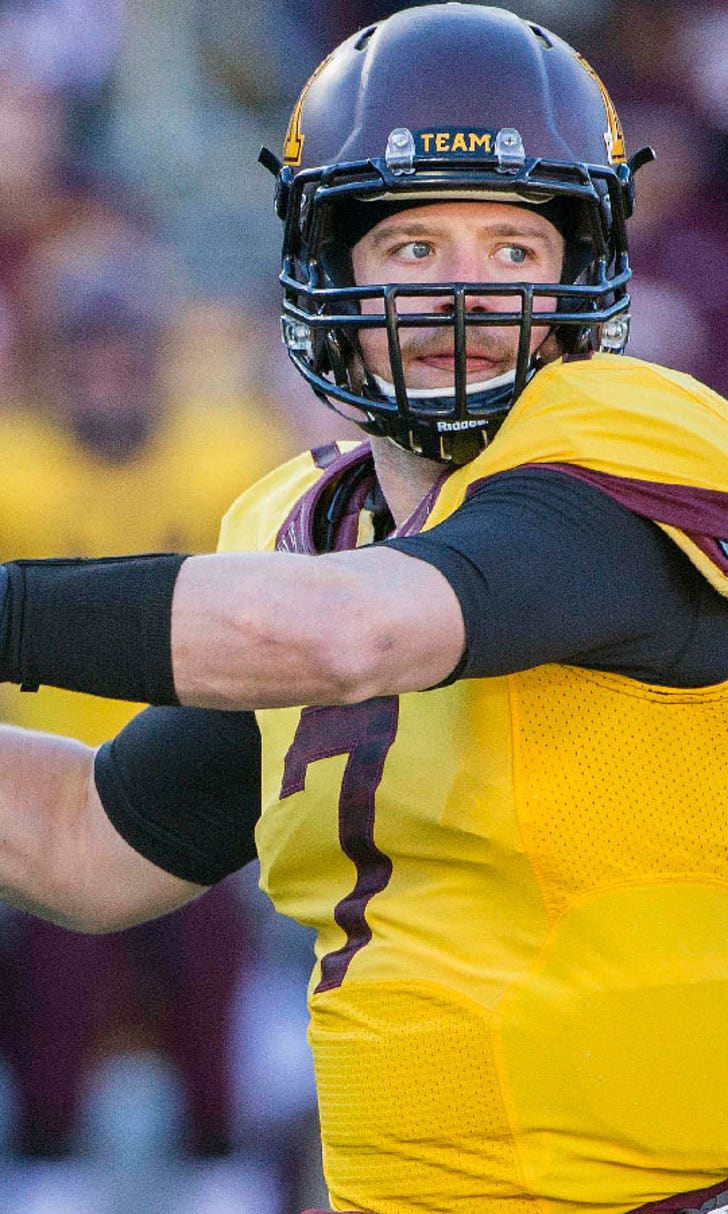 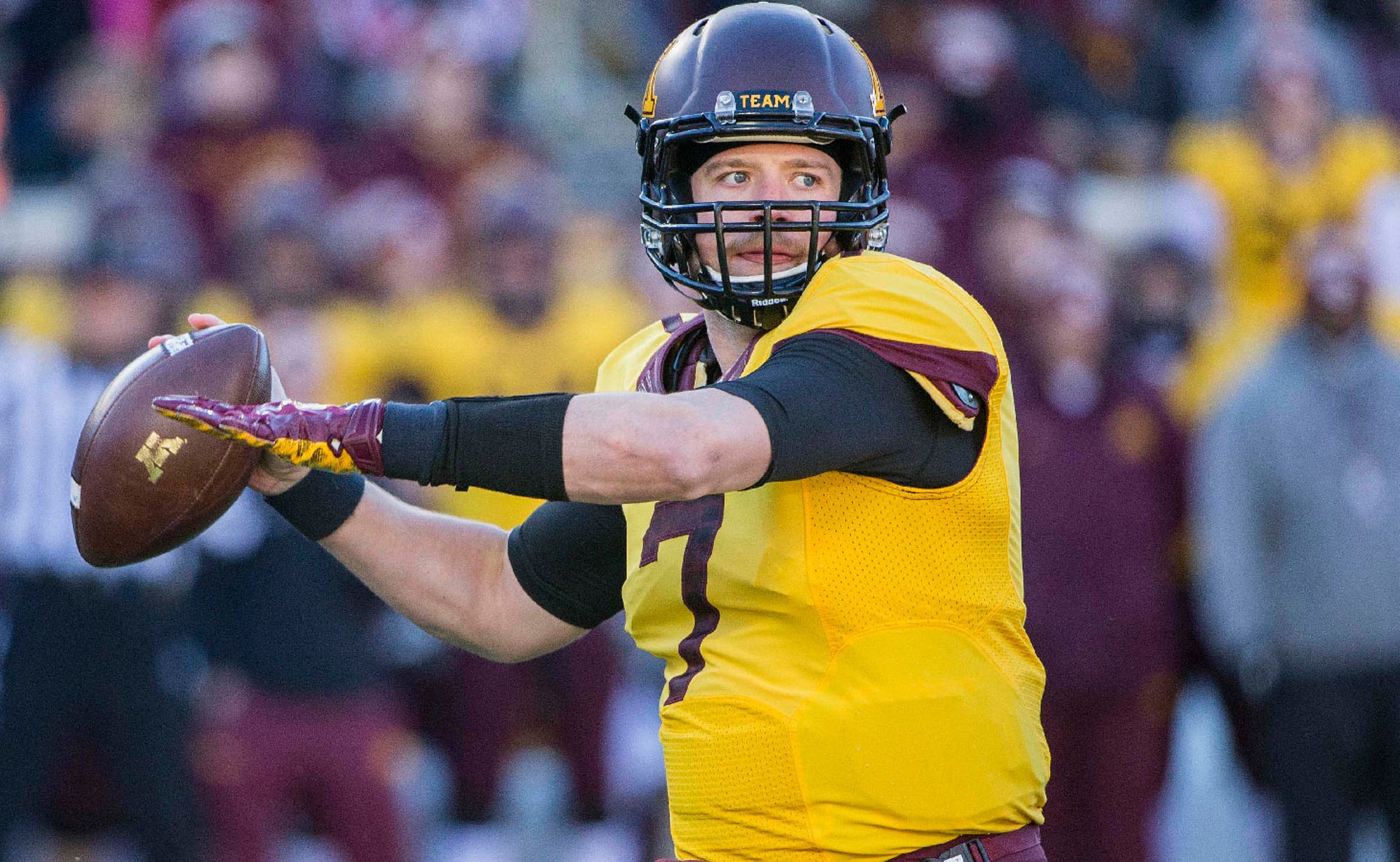 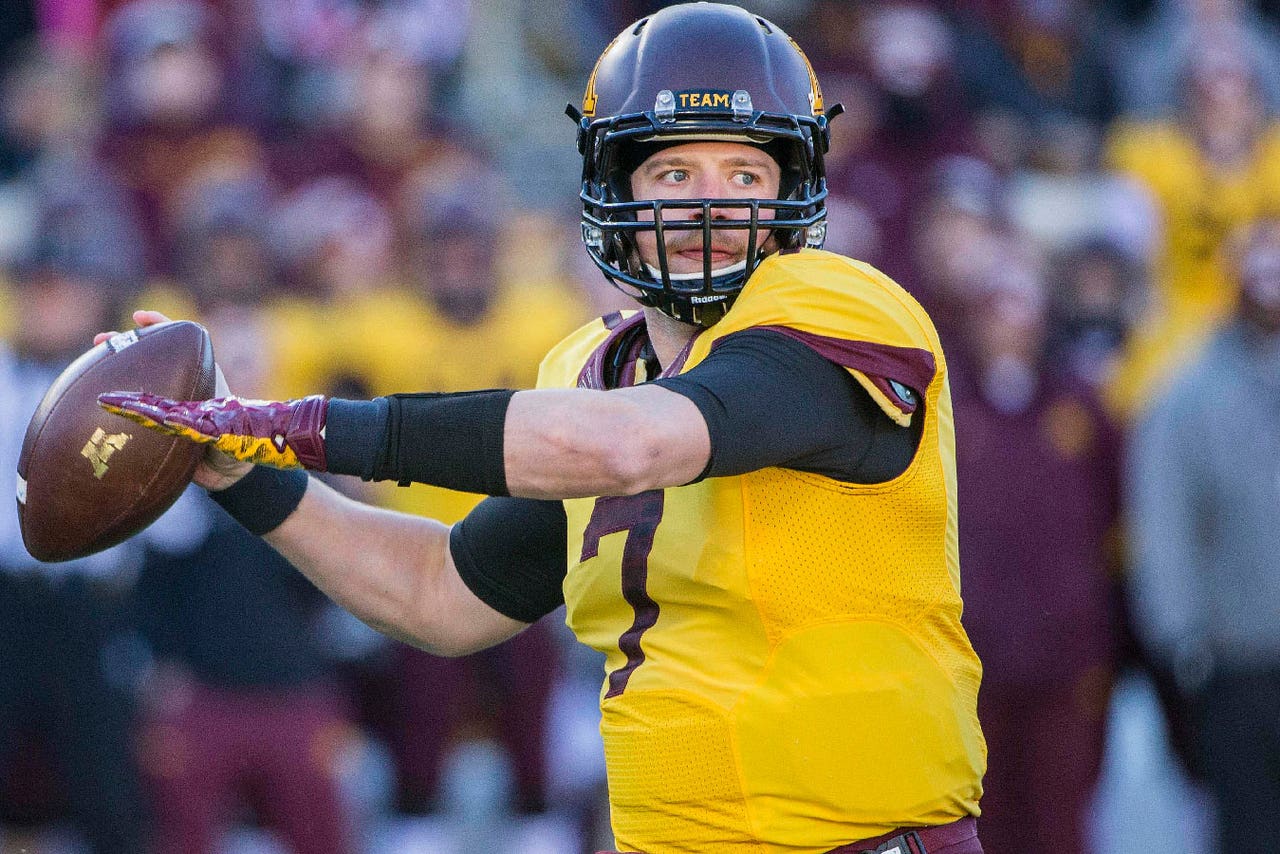 MINNEAPOLIS -- The left foot is fully repaired and rehabilitated after playing through the pain last season, and Mitch Leidner has lost 20 pounds. Minnesota's fifth-year senior quarterback is primed for a strong finish.

Bring on the season, and the opener against Oregon State on Thursday night.

"Definitely want to leave a legacy," Leidner said, adding: "I know the rest of the seniors feel the same exact way."

The Beavers were 2-10 last year, including 0-9 in Pac-12 play, and allowed an average of 37 points to rank 113th out of 127 FBS teams. Coach Gary Andersen overhauled the schemes on offense and defense, contributing to the growing pains.

The best asset for the Beavers will be the passing game, with new quarterback Darell Garretson aided by a deep group of wide receivers. Garretson last played on Oct. 18, 2014, before a wrist injury ended his sophomore season at Utah State. That was two weeks after he engineered an upset of BYU, then ranked 18th in The Associated Press poll, on the road.

"It's a good feeling to have a guy that's been in the moment," Andersen said, adding: "I hope that it will be a calming feeling for some of the younger players who may be in the position to have a little more nerves than you'd want them to have."

Minnesota and Oregon State have played only three times in history, last in 1981. Andersen was the coach at Wisconsin for two years before taking over the Beavers last season, though, so he's well-versed in the Gophers and their style.

"I don't expect a whole lot of change. Tough, physical, play the game the right way. I think they're well taught," Andersen said, adding: "I don't think a lot of people on the West Coast overall have an idea of how far that program's come."

After an overflow sellout crowd of 54,147 took in the 2015 lid-lifter against TCU, then the No. 2 team in the AP poll, the attendance against Oregon State will likely fall well short of that. The Vikings and Twins also play at the same time, and with the state fair ongoing and several high schools holding their football openers too. Plus, Minnesota is coming off a mediocre 6-7 season.

To help stem the sales slump, new athletic director Mark Coyle halted a scheduled price increase that was authorized by his predecessor.

"That's a great decision," coach Tracy Claeys said. "People only have so much money to spend."

Claeys made hand deliveries to some season ticket holders this summer.

"You can try all the gimmicks you want to sell all the tickets you want, but the bottom line is you've got to win," Claeys said. "The more ballgames you win, the more people come out and see you play."

Seth Collins has moved from quarterback to wide receiver after declaring his intent to transfer but ultimately staying put. Jordan Villamin led the Beavers last season with 660 yards and five touchdowns receiving. Speedy senior Victor Bolden is also back.

"The receiving corps has to be a big part of who we are this year," Andersen said.

Minnesota safety Damarius Travis will take the field for his final home opener, for a second time. He played against TCU last season but hurt his hamstring and wound up with a medical redshirt. Travis was inspired by a recent drive by the stadium.

"It kind of gave me chills just looking at it and thinking about playing in a game again," he said.

Gophers wide receiver Tyler Johnson, a native of Minneapolis who is part of a deep class of in-state freshmen, has drawn rave reviews during camp.

"Tremendous hands, and he can jump and come up with the ball," Claeys said. "He'll definitely be a part of what we're doing this fall."