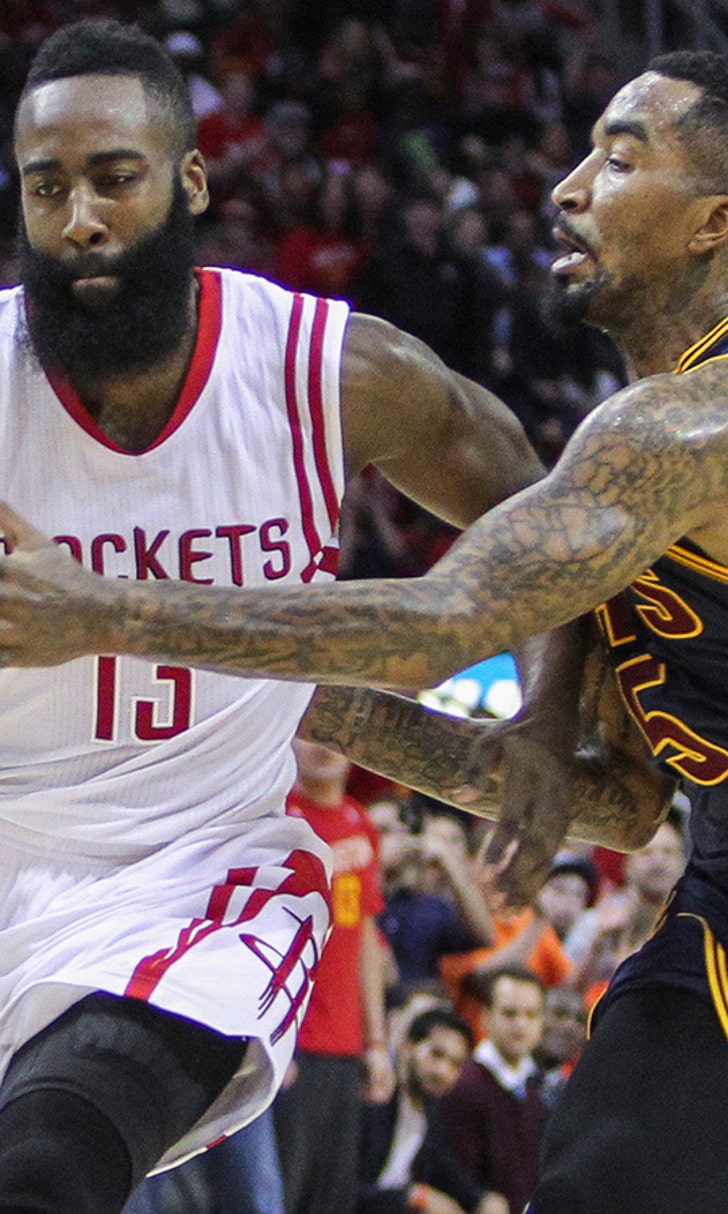 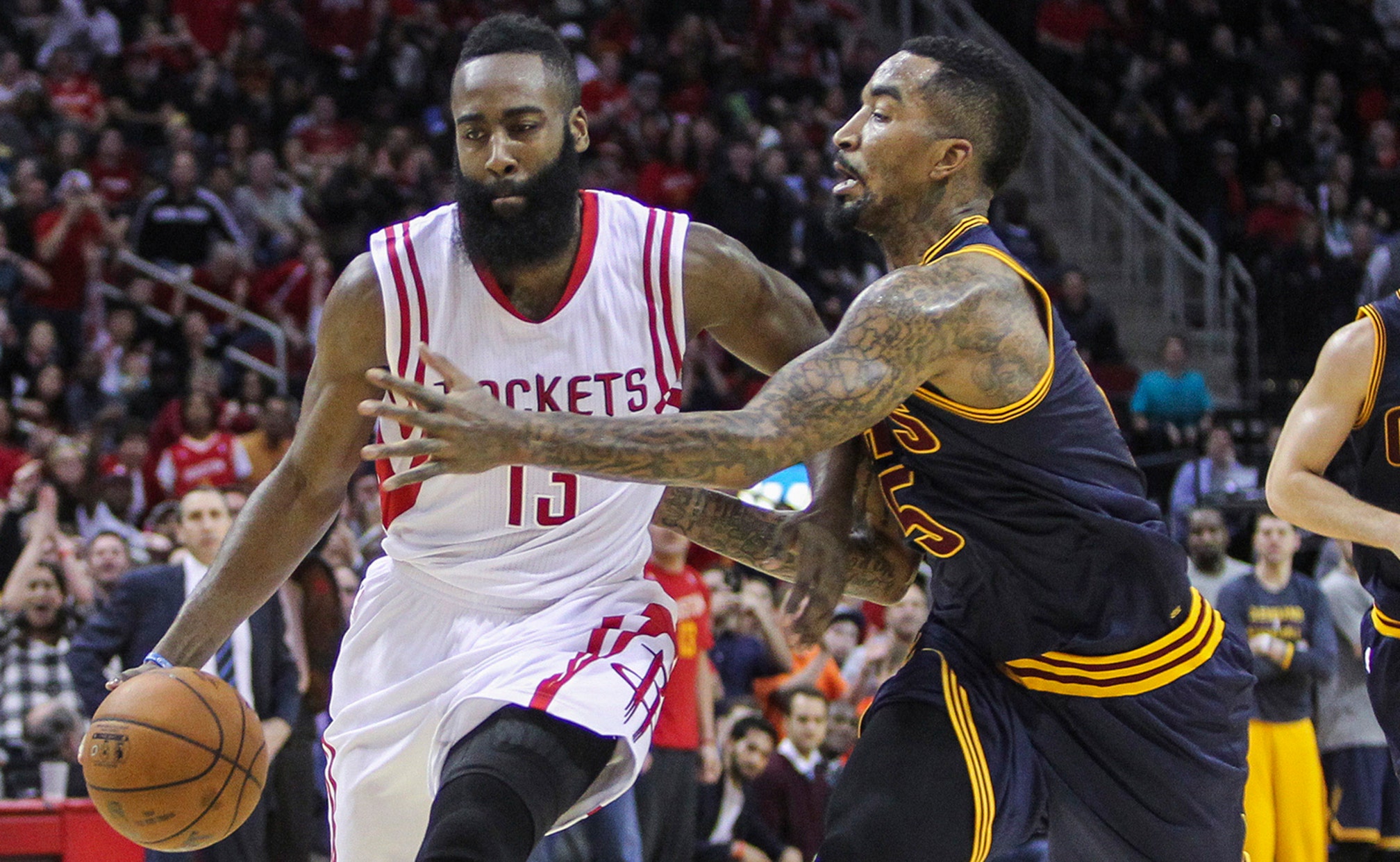 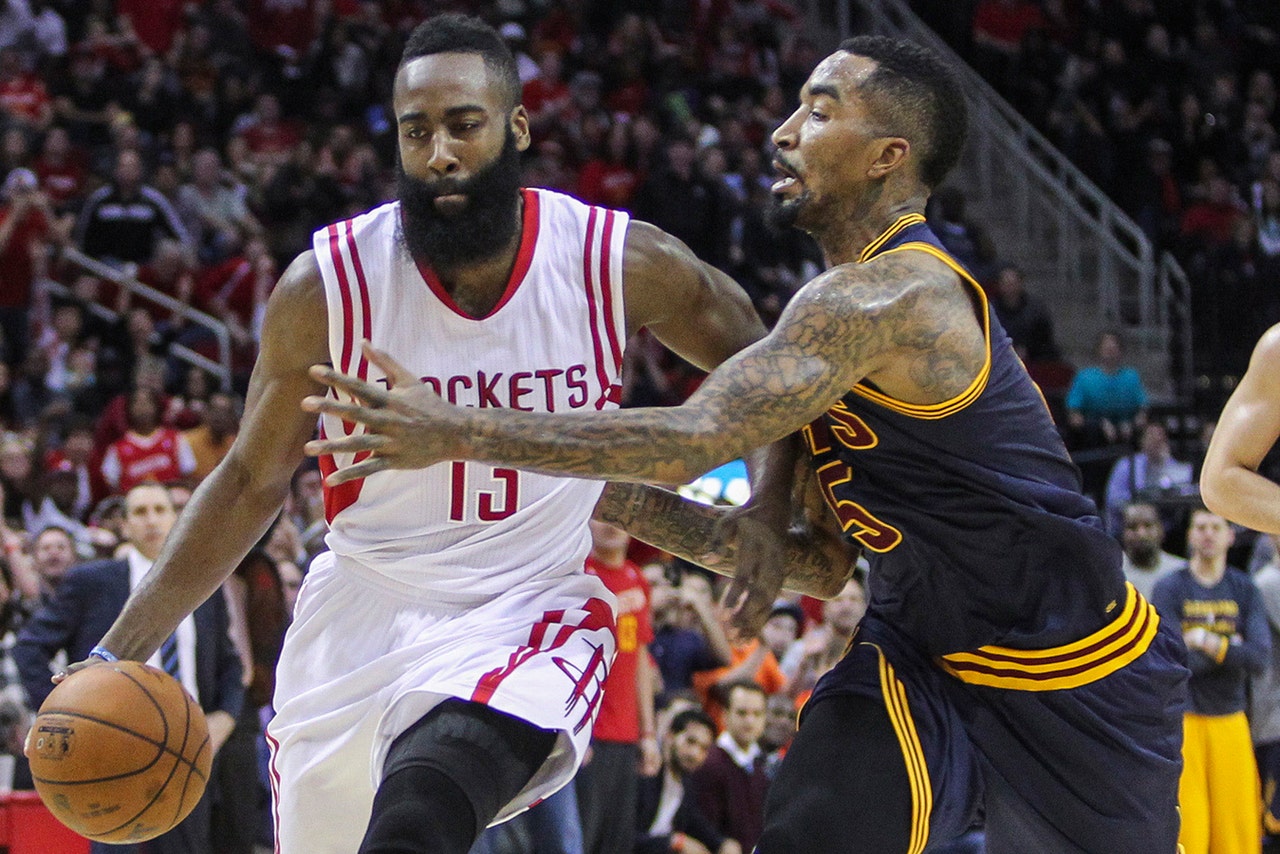 James Harden scored 33 points for Houston and Cleveland star LeBron James missed a pair of free throws with 4.2 seconds left in overtime, helping the Rockets hold on for a 105-103 win over the Cavaliers on Sunday.

James hit a 3-pointer with 43.5 seconds left to get Cleveland within one. Harden and James got tangled up on Houston's next possession, but no foul was called and the shot clock expired.

James drove into the lane and was fouled by Josh Smith, but he missed both free throws to finish 3 for 11 at the line. Harden, who had his 26th 30-point game this season, added a free throw and Cleveland missed a 3 at the buzzer.

James finished with 37 points after resting during Friday night's 93-86 loss at Indiana. He returned for a chippy contest that had multiple technicals and a flagrant foul by Harden on James.

A long jumper by J.R. Smith put Cleveland in front in overtime, but Houston scored the next five points. Patrick Beverley made a go-ahead 3 and Josh Smith hit two foul shots to make it 104-100 with 2:21 remaining.

The Cavaliers had a chance for the win in regulation but James held the ball until right before the buzzer and his jump shot bounced off the rim.

Kevin Love had 21 points for the Cavaliers, who played their second game without point guard Kyrie Irving, who has a left shoulder strain.

The loss ended Cleveland's 10-game winning streak against the Western Conference and prevented the Cavs from moving into first in the Central Division. Cleveland has won 18 of 22 but has dropped two straight.

An 8-2 run by the Rockets, with four points from Harden, gave them a 98-95 lead with less than two minutes left in the fourth.

James made one of two free throws before Tristan Thompson added two more to tie it about a minute later.