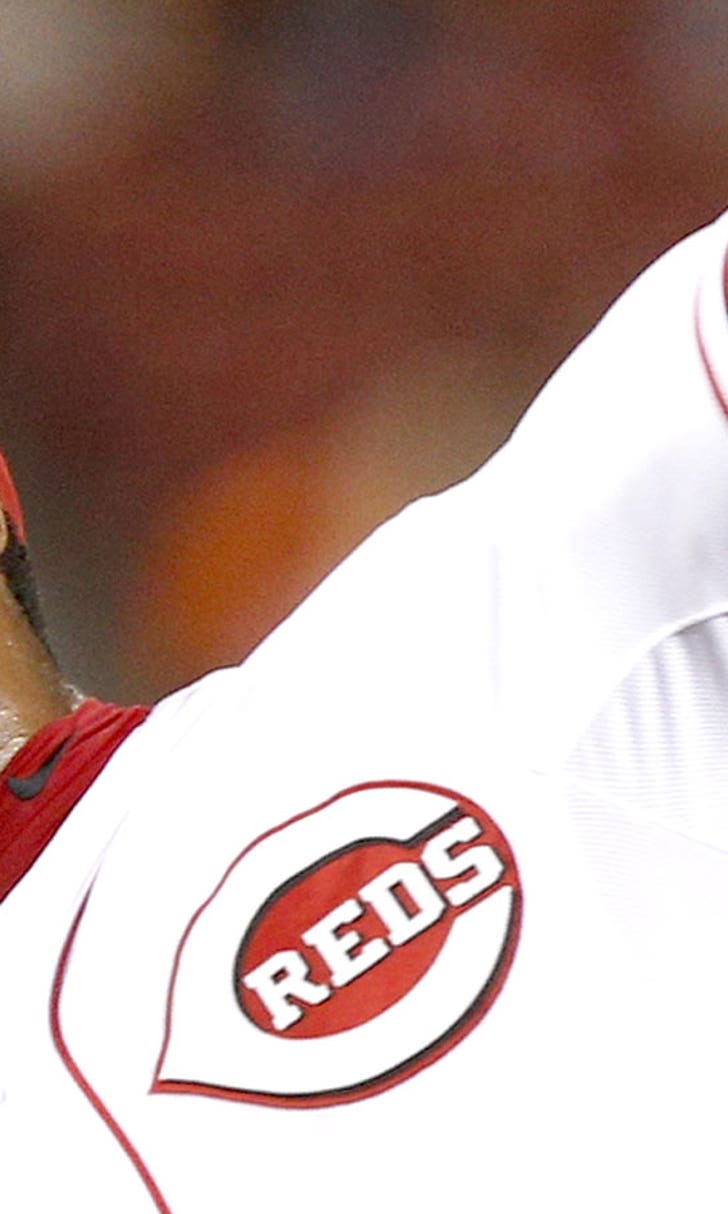 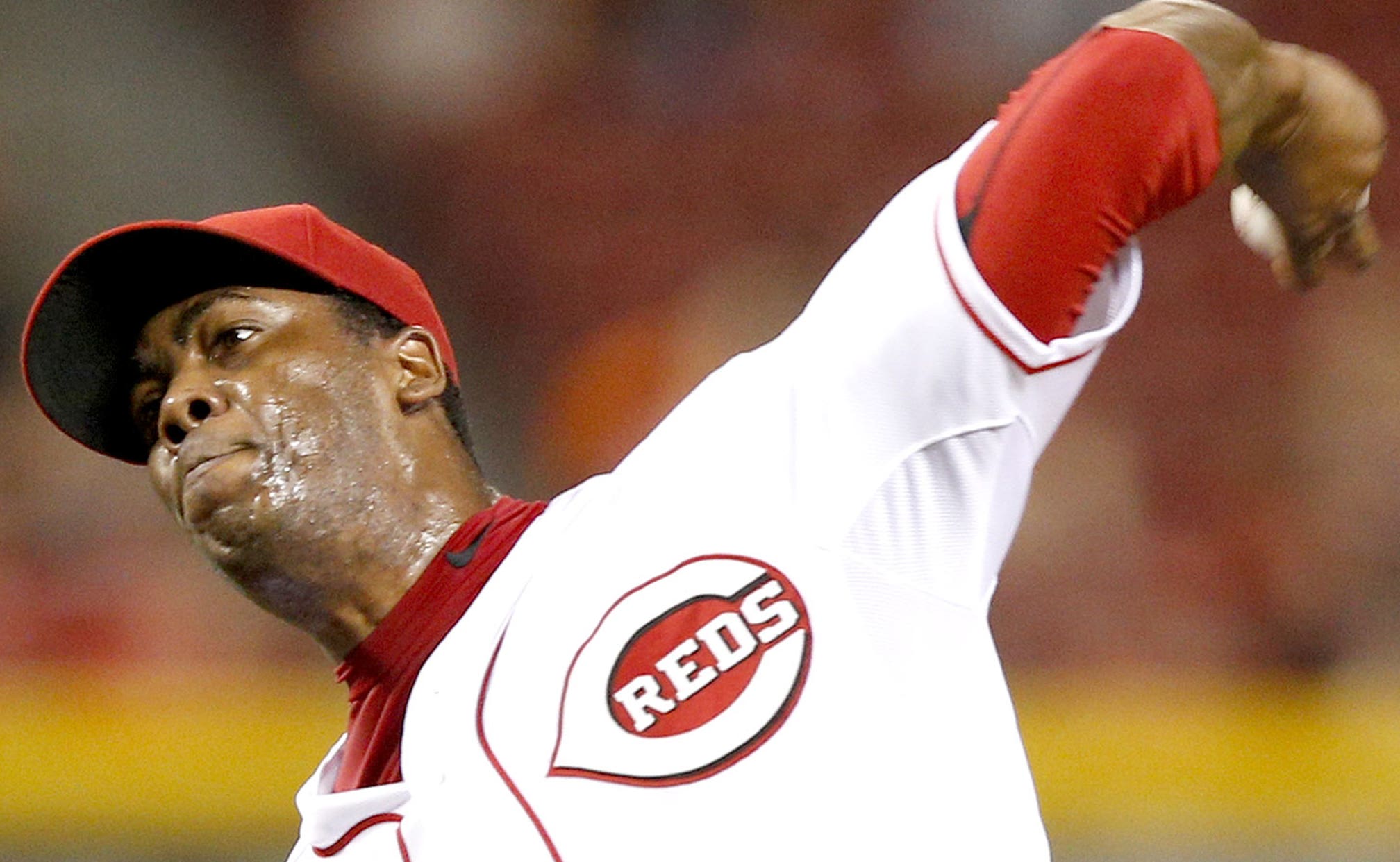 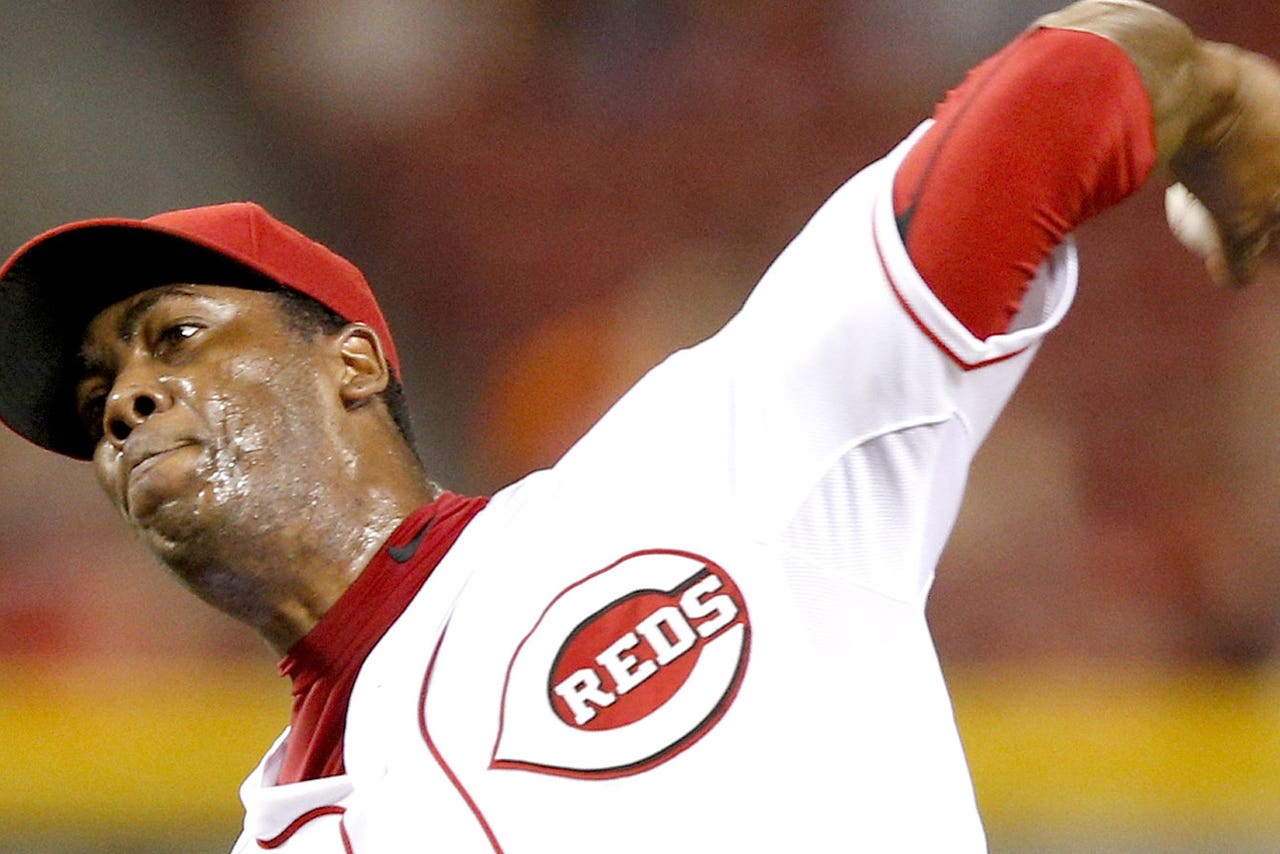 CINCINNATI -- Reds closer Aroldis Chapman was not available for his normal role Sunday because of a tweaked hamstring, manager Bryan Price said after a 4-2 win against the NL Central-leading Milwaukee Brewers. Price is hopeful the injury is a temporary issue.

Jonathan Broxton came on and recorded his sixth save of the season with a 1-2-3 ninth inning to preserve the win for starter Mat Latos. Latos allowed two runs on four hits with one walk and three strikeouts while throwing 96 pitches in his longest outing in five starts since coming off the disabled list on June 14.

Chapman has 17 saves this season in 24 appearances, including pitching a perfect ninth inning Friday night against the Brewers to close out a 4-2 win.

"He was out in outfield and had a little bit of a tweak of the hamstring and we wanted to stay away from him today," said Price. "We hope that he'll be ready to go tomorrow."

Broxton has now held opponents scoreless in 27 of his 29 appearances and has an ERA of 0.64. He has allowed just 10 hits in 28 innings pitched. His first five saves of the season came while Chapman on the disabled list the first six weeks of the season recovering from injuries suffered when he was hit by a line drive in spring training. Those injuries required surgery to insert a titanium plate above his left eye and nasal region in order to heal multiple fractures.

The Reds won two of three games from the Brewers and open a five-game series against the Chicago Cubs on Monday night. The series includes a day-night doubleheader on Tuesday. They close out the 11-game homestand leading up to the All-Star break with a three-game series against Pittsburgh next weekend. 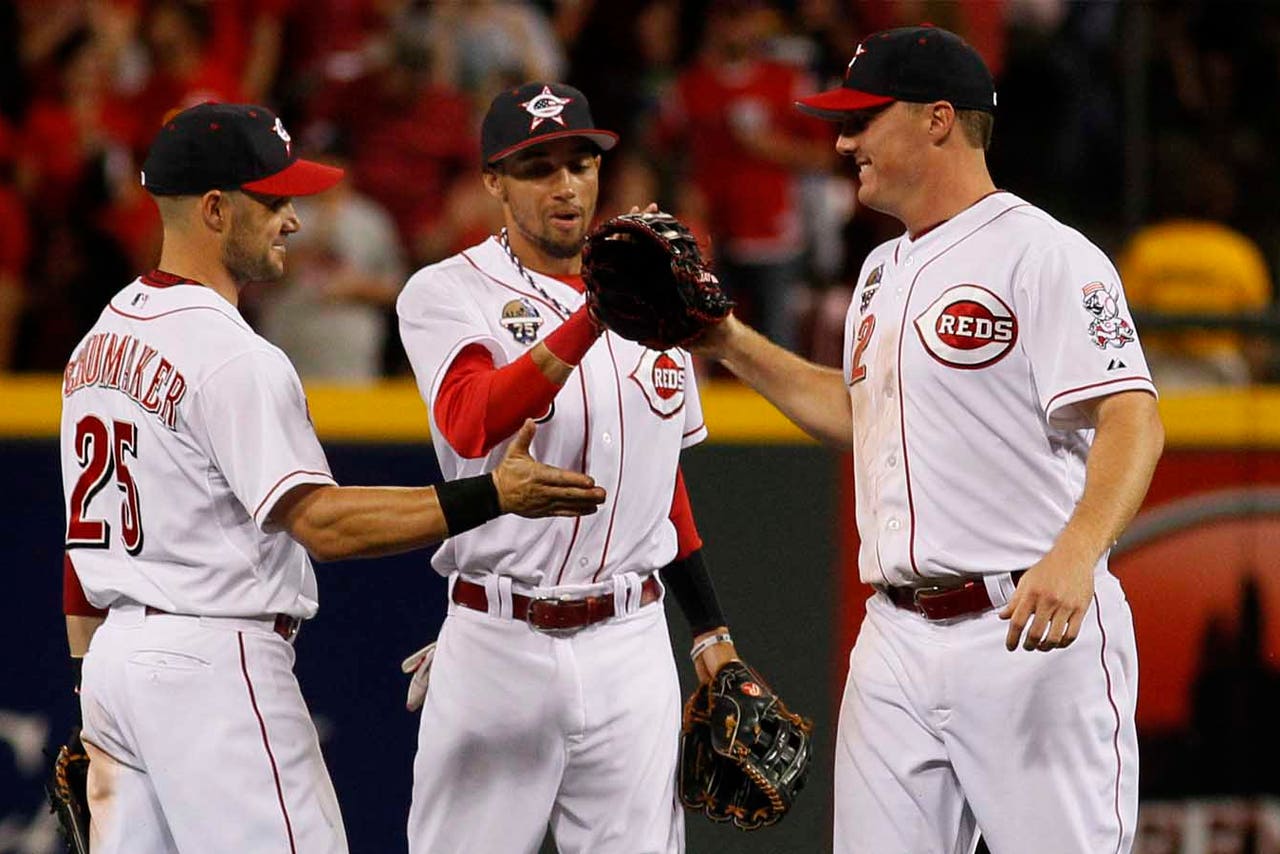 HOLMBERG GETS START: The Reds announced after Sunday's game that left-hander David Holmberg will start one of the two games against the Cubs on Tuesday. Holmberg will be called up from Triple-A Louisville for the start.

The Reds have not announced which game Holmberg will start. Johnny Cueto is scheduled to start the other game.

Holmberg, 22, was acquired in the offseason from Arizona as part of the three-team trade that sent catcher Ryan Hanigan to Tampa Bay. He is 0-4 with a 5.28 ERA in 10 starts with the Bats but since giving up 20 runs in his first four starts, Holmberg has allowed just seven runs in his last 31 innings covering six starts.