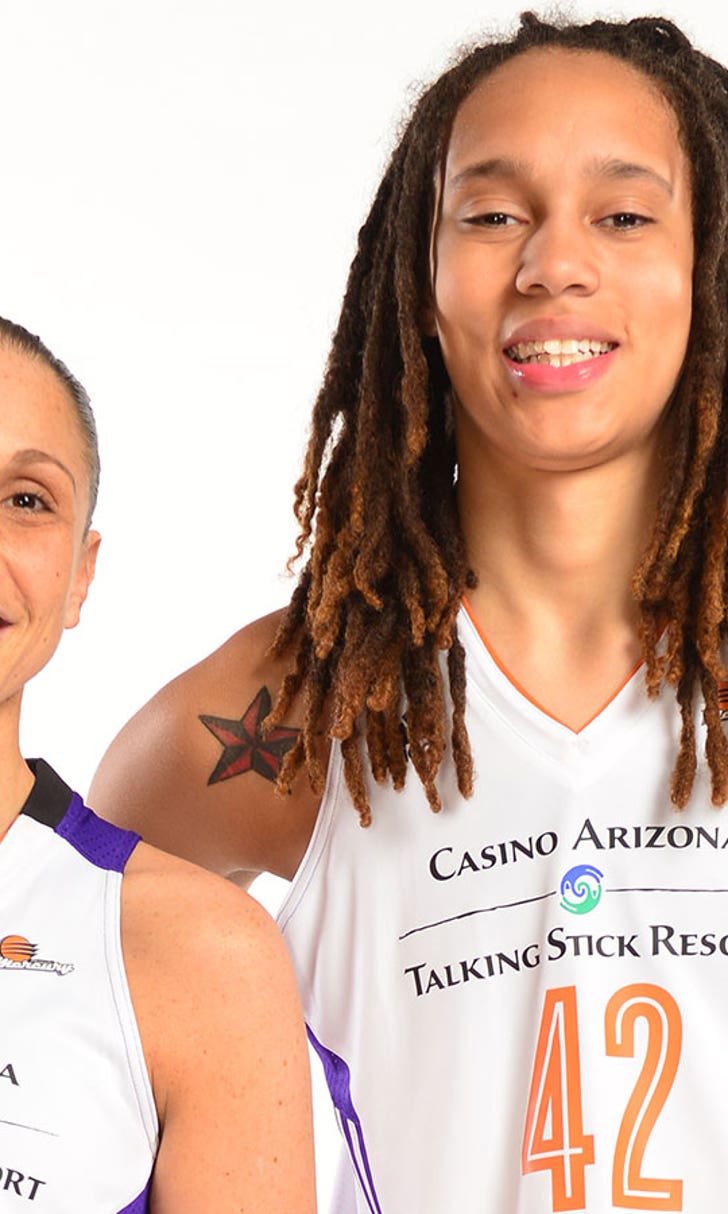 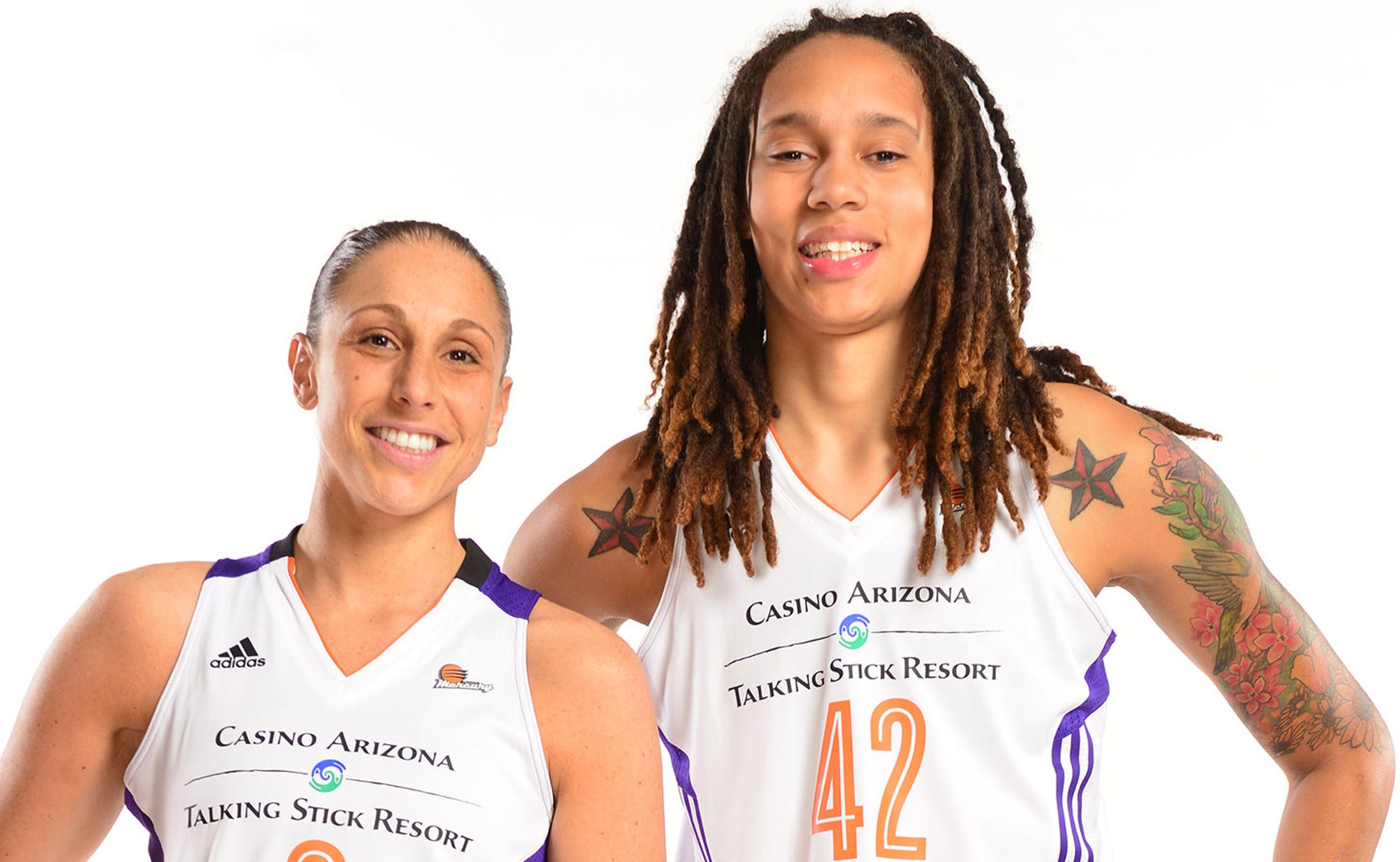 Griner, Taurasi will start for West in WNBA All-Star Game 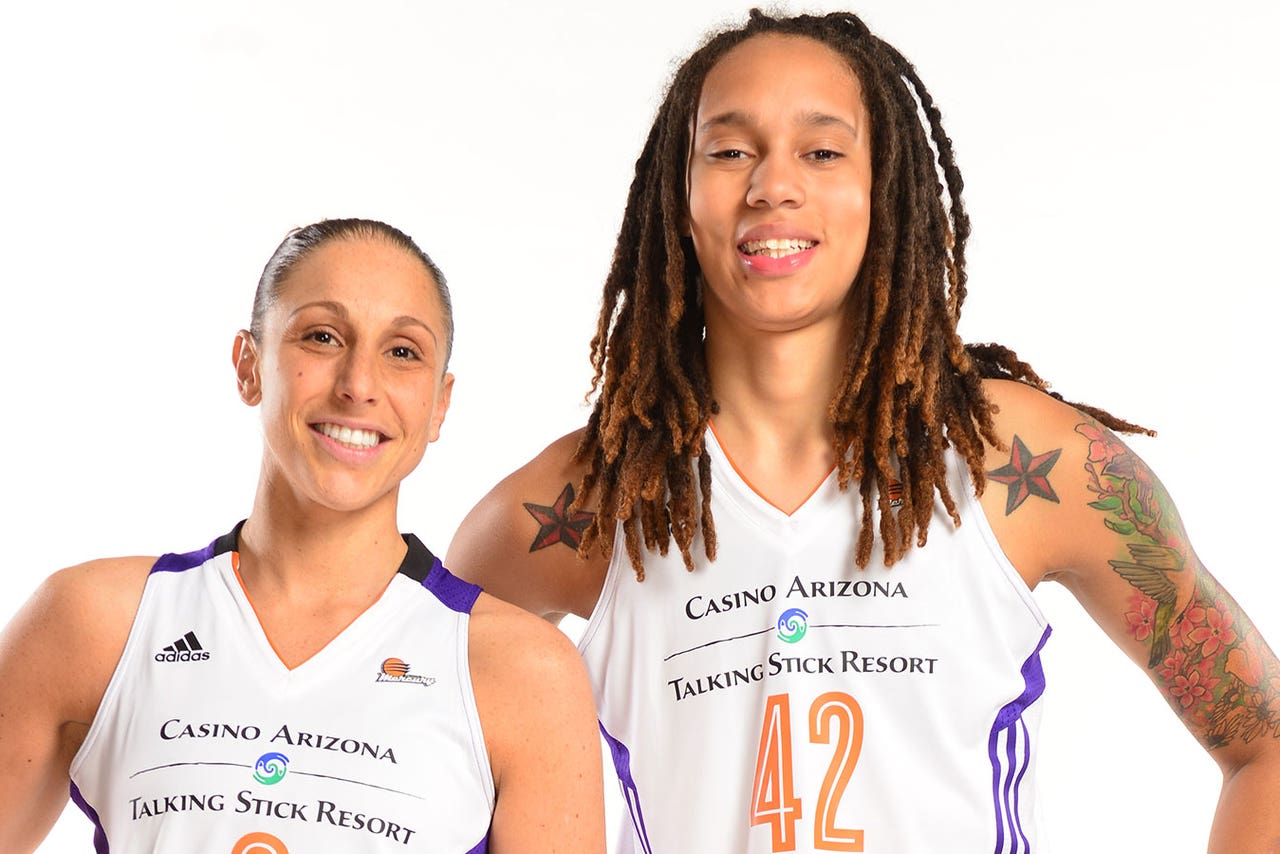 Hometown favorites Diana Taurasi and Brittney Griner will be part of the Western Conference starting lineup for the WNBA All-Star Game to be played at US Airways Center on Saturday, July 19.

It will be the first All-Star game for Griner. The location makes it even more special.

"It means everything," Griner said. "Being here in Phoenix, playing in front of the home crowd, that's awesome."

Taurasi, a seven-time All-Star, was the leading vote-getter among Western Conference guards after earning WNBA Player of the Month honors for June. She is fifth in the WNBA in scoring (18.9 ppg) and second in assists (6.1 apg) and last week moved into second place on the WNBA's all-time scoring list.

Griner is averaging 15.8 points, 8.3 rebounds and a league-leading 4.1 blocks per game.

Griner and Taurasi will be joined in the West's starting lineup by Tulsa's Skylar Diggins, Los Angeles' Candace Parker, and Minnesota's Maya Moore, who was the leading vote-getter.

"It's great to be honored and appreciated by so many people across the world and to want to continue to have my game match that appreciation and play well," Moore said.

Griner missed the All-Star game last season while she recovered from a left knee injury. Now she gets a chance to make her All-Star game debut when the WNBA holds the event in Phoenix for the second time.

The Mercury's 6-foot-8 star said she has something special planned for the game, but didn't want to give it away just yet.

She hopes fellow second-year player Elena Delle Donne will be able to join her in Phoenix. Delle Donne, who was the leading vote-getter in the Eastern Conference, has been sidelined with a flare-up of Lyme Disease and has only played once for Chicago in the past 10 games.

"It is really sad that she's dealing with this right now," Griner said of Delle Donne. "We all want her better. I hate that she's going to miss the All-Star game again."

Delle Donne missed last year's All-Star game when she suffered a concussion a few days before the contest.

"There are so many talented players in the league, so just to be listed as an All-Star is an honor," Delle Donne said. "Our fans are incredible."

Schimmel will become just the third reserve to start an All-Star game, according to STATS. Sue Wicks did it in 2000 and Ruthie Bolton in 2001. Neither started more than half their team's games that season.

Schimmel, who has started two games, is the third straight first-year player to be voted to start an All-Star game.

"For the fans to go out and vote, I definitely have to give it to them. For them to have my back and sit there and vote for me every day is just something they took pride in," Schimmel said. "They obviously want to see me in the game, so for them to do that means a lot to me."

Parker will be playing in her second All-Star game. She was selected in 2011 but was unable to play because of a knee injury.

"It means a lot," said Parker, who earned MVP honors at last year's game in Connecticut. "Obviously it's only my second game and early on I was injured and pregnant and all that jazz, so it's nice to be there and not be at home looking at it on the couch."

Parker was thrilled the game was being played in Phoenix instead of on the East Coast.

The All-Star reserves will be announced Tuesday.

Individual tickets for the All-Star Game can be purchased online at phoenixmercury.com/allstar, through Ticketmaster viaTicketmaster.com, by dialing 800-745-3000 or at the US Airways Center Ticket Office.