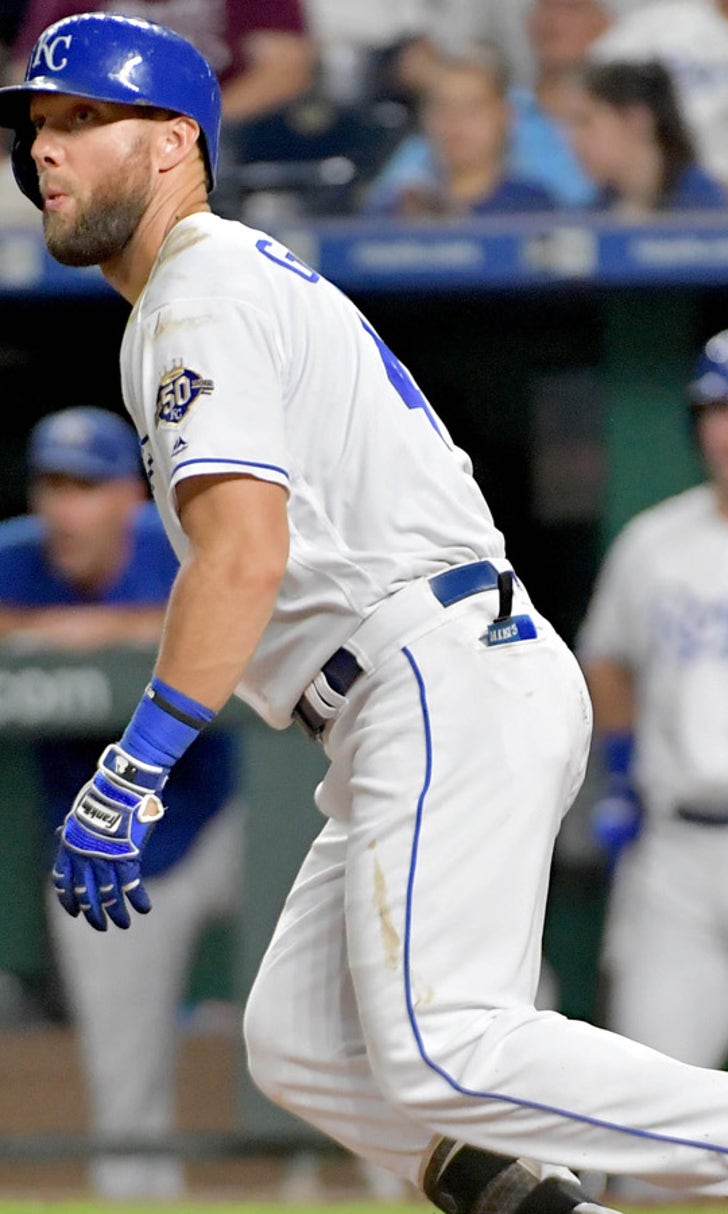 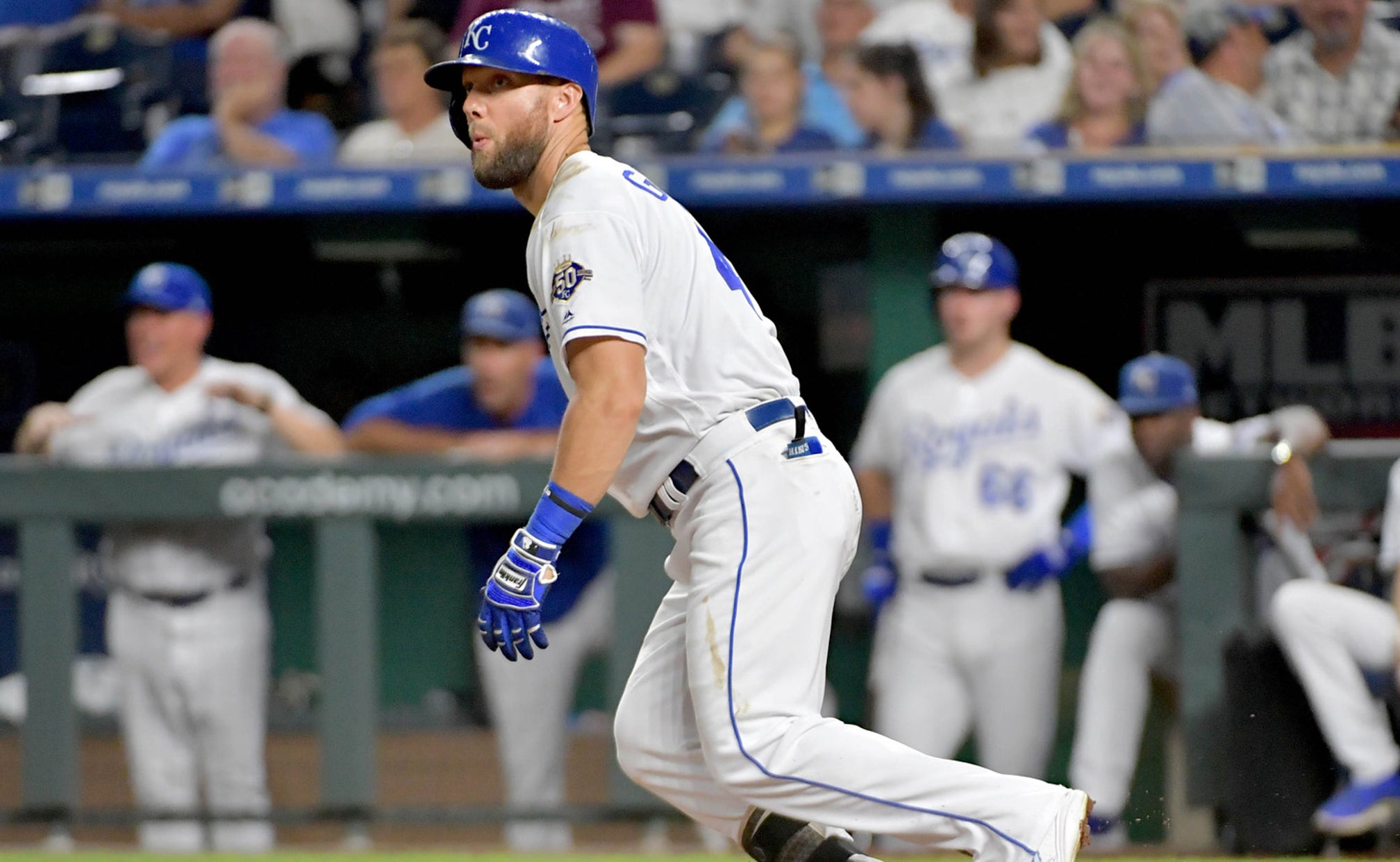 Gordon drives in five in Royals' 10-3 win over Twins 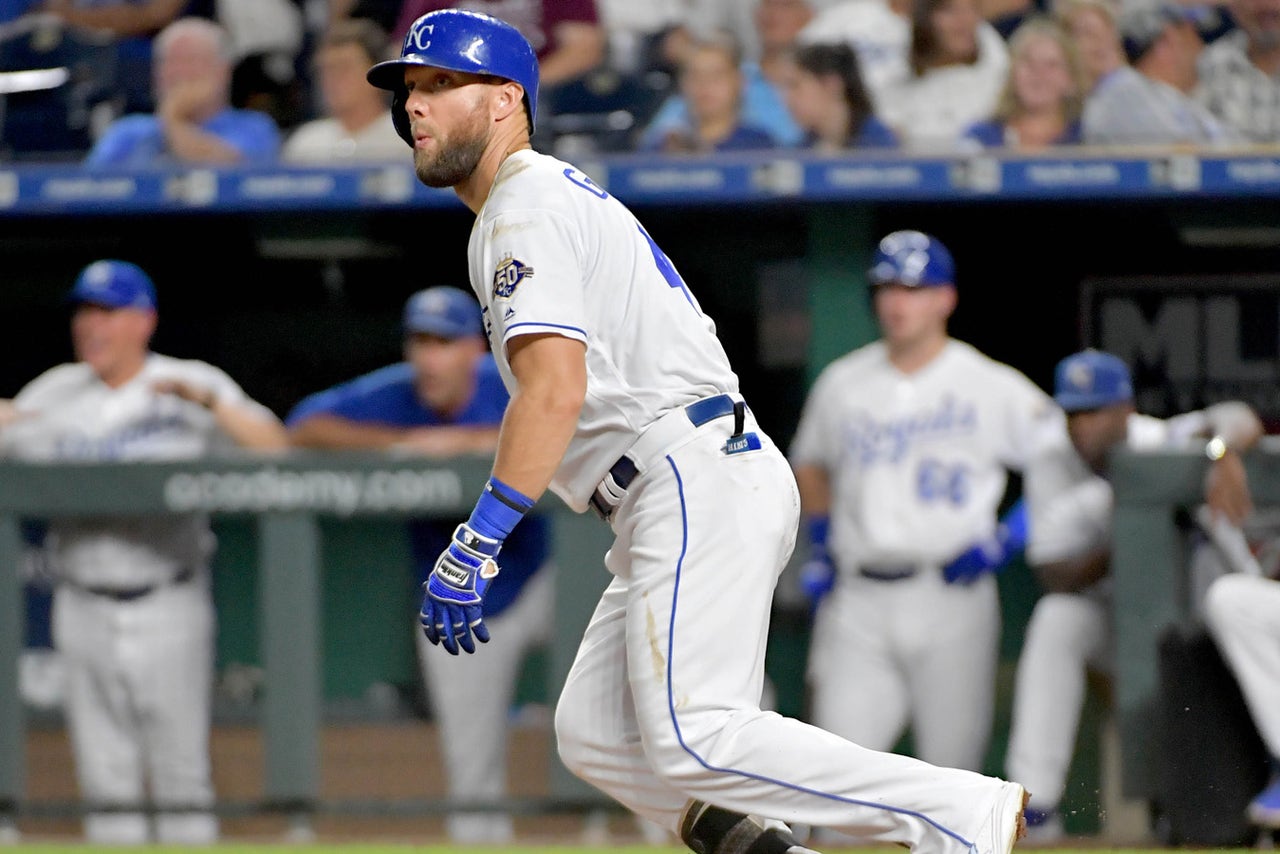 KANSAS CITY, Mo. — Ian Kennedy, Alex Gordon and the rest of the Royals' veterans have been watching as their talented young teammates have delivered win after win during a surprising late-season surge.

They finally got a piece of the action Saturday night.

Kennedy pitched six innings to earn his first win since the first week of April, Gordon drove in five runs, and the Royals beat the Minnesota Twins 10-3 for their fifth win in six games.

Another of the old guard, Alcides Escobar, had three RBIs while finishing a homer shy of the cycle, and Cam Gallagher ended a 0-for-14 skid with a career-best four hits in a blowout that set Kansas City up for a shot at a four-game sweep of its AL Central rivals on Sunday.

"We're not looking at it like that. We feel like we're a quality team that's playing well right now," Gordon said. "Whether you're young or old, it doesn't really matter."

Kennedy (2-8) allowed six hits while striking out four in his second start since a two-month stint on the disabled list. The right-hander allowed only Ehire Adrianza's RBI single in the second and Logan Forsythe's run-scoring hit in the fifth to earn his second home win in two years.

"I just knew it had been a long time," said Kennedy, who ended a 17-start winless streak with his first since April 7. "It was the first win since last September that I got at home. I did know that."

"He had some fantastic at-bats," Royals manager Ned Yost said. "His focus has been beating the shift and I told him he was like Rod Carew tonight, peppering it down the left-field line."

Most of the damage came against Chase De Jong (0-1), who was pounded for five runs — three earned — on eight hits in 3 1/3 innings. It was a far different from his start against the Royals last week, when De Jong allowed one hit over four scoreless innings in a game the Twins won 3-1.

This time, Kansas City jumped out to a 2-1 lead before a four-run fourth provided a comfortable cushion. Escobar started the scoring with an RBI triple, then scored when he was caught in a run-down and the throw toward home hit him in the back and bounced away.

Twins skipper Paul Molitor and third base coach Gene Glynn took exception with the umpiring on the play, and both earned their second ejections of the season. That meant they weren't around to see Gordon add a two-run double later in the inning and give Kansas City a 6-2 advantage.

The Royals' longtime outfielder hit his second two-run double a couple innings later, his third hit of the night, before grounding out in his final at-bat.

"It was nice. I'm proud of the way Alex has continued to battle back," Yost said. "He had a rough year last year. He's worked hard and it's paying off for him."

Molitor said he came out to question whether Gallagher had squared to bunt on a suicide-squeeze when he got ejected in the fourth inning. "We didn't execute the play, and that was probably what had my emotions kind of high anyway," he said. "They were giving us an out there and take a runner out of scoring position and we can't execute. So, I didn't bother to look at it. We didn't get the call. I wasn't happy at the time. I stepped out of the dugout, which you can't do on a ball-and-strike call, which is why I got tossed as quickly as I did."

Twins: C Mitch Garver (concussion) did some light cardio Saturday after his team sent him back to the hotel the previous night. Garver took a foul ball off his mask Wednesday, and he began to feel the effects of a concussion taking batting practice Friday. "He's not doing as well as we had hoped," Molitor said. "We are labeling it in the concussion category. And with all concussions kind of being unique in themselves, we'll just have to see how he progresses."