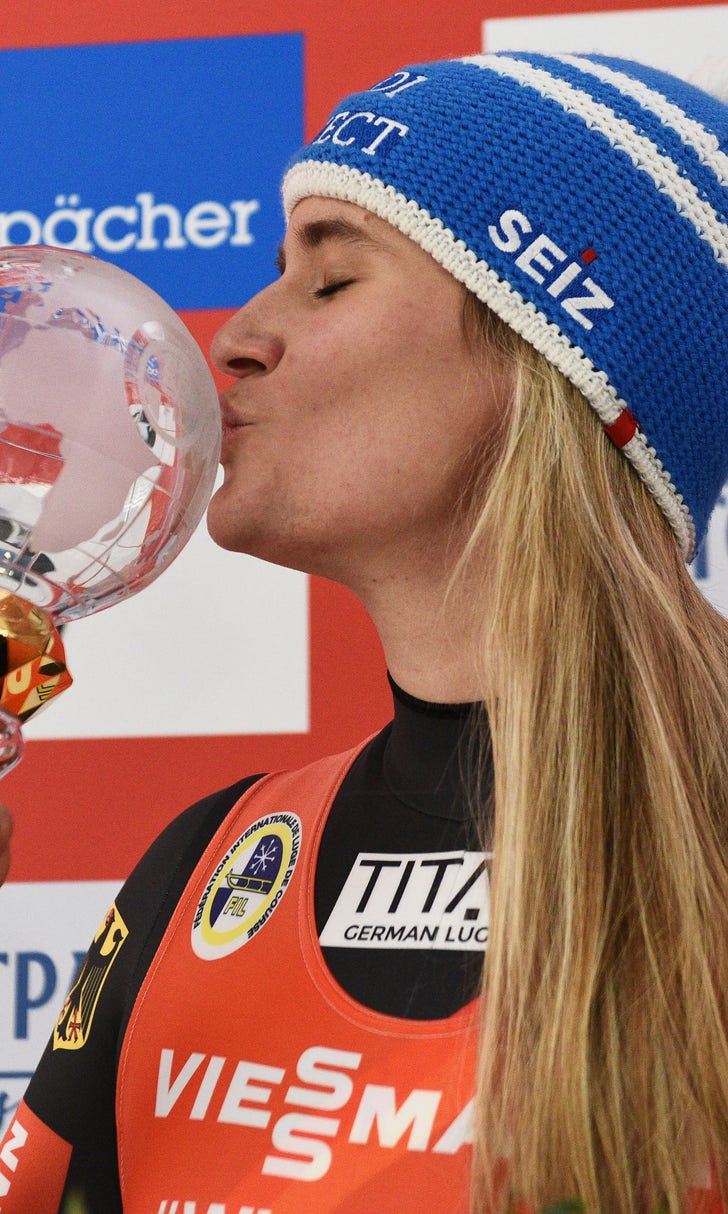 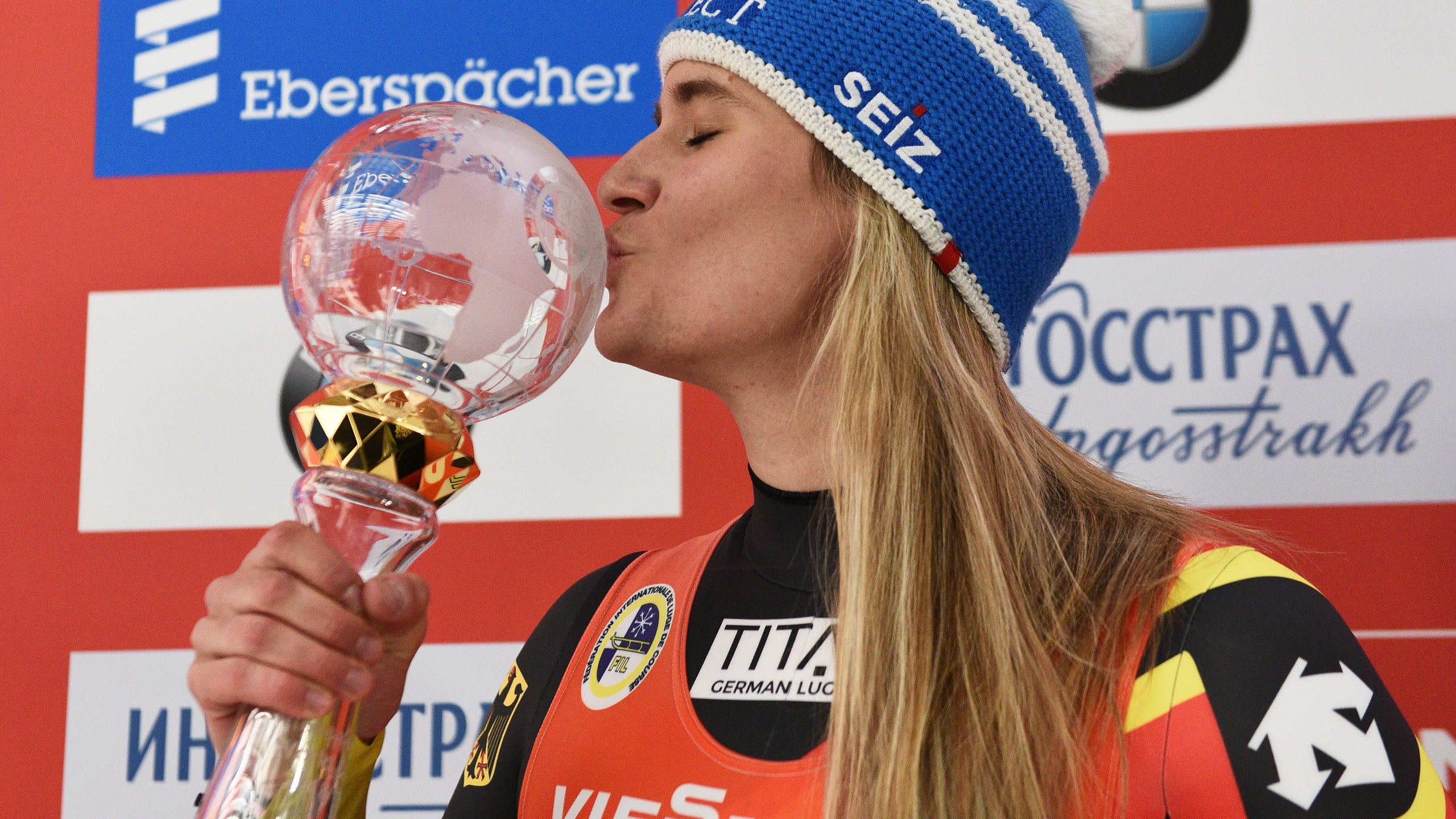 She clinched her seventh consecutive World Cup luge overall championship Saturday, winning the final full-length race of the season to secure the points crown. The only other luger to win seven straight titles was Austria's Markus Prock, who took the men's championships each year from 1990-91 through 1996-97.

The normally stoic Geisenberger flashed seven fingers for the cameras when she crossed the finish line. When presented with the crystal globe trophy — given to World Cup overall champions — she beamed before giving it a big kiss.

She had the fastest time in both heats on the track used for the 2014 Sochi Olympics, holding off Russia's Viktoria Demchenko for her 49th career World Cup win — with a chance for the milestone 50th coming Sunday in the season-ending women's sprint. Dajana Eitberger of Germany was third.

Geisenberger has now been in the top three of the World Cup standings in 12 consecutive seasons. She was third in 2007-08, finished second in each of the next four seasons, won her first title in 2012-13 and hasn't lost her grip on it since.

Germany's Julia Taubitz clinched the No. 2 spot in the season standings by finishing fifth, one spot ahead of Latvia's Kendija Aparjode. The only American finisher was Summer Britcher, ninth.

Britcher remained third in the season standings. If she hangs on to that spot Sunday — a third-place or better finish in the women's sprint race would clinch that — Britcher would become the second U.S. luge singles slider to post consecutive top-three World Cup overall finishes. Duncan Kennedy is the other, finishing second or third in three straight years from 1991-92 through 1993-94.

Emily Sweeney of the U.S. tapped the wall twice in her first run Saturday and elected not to start her second run. Sweeney, the world bronze medalist, will likely finish the season 15th in the standings — despite missing half the season's 12 points-awarding races.

In doubles, Toni Eggert and Sascha Benecken of Germany wrapped up their third consecutive points title and fourth overall with a second-place finish. They are the first team to win three straight World Cup doubles crowns since Patric Leitner and Alexander Resch did it from 2005-06 through 2007-08.

"It was a super season," Eggert said. "For me, the overall win in the World Cup means a lot more than the world championships as it reflects your performance over the entire season."

Russia finished first and third in the doubles race, with Aleksandr Denisev and Vladislav Antonov getting their first World Cup victory and Vsevolod Kashkin and Konstantin Korshunov teaming for the bronze. The U.S. did not have a sled in the doubles race after Chris Mazdzer and Jayson Terdiman ended their season this month so Mazdzer could return to his home in Saranac Lake, New York, for shoulder surgery.

The men's overall points championship will be decided Sunday, the final day of the competitive luge season.