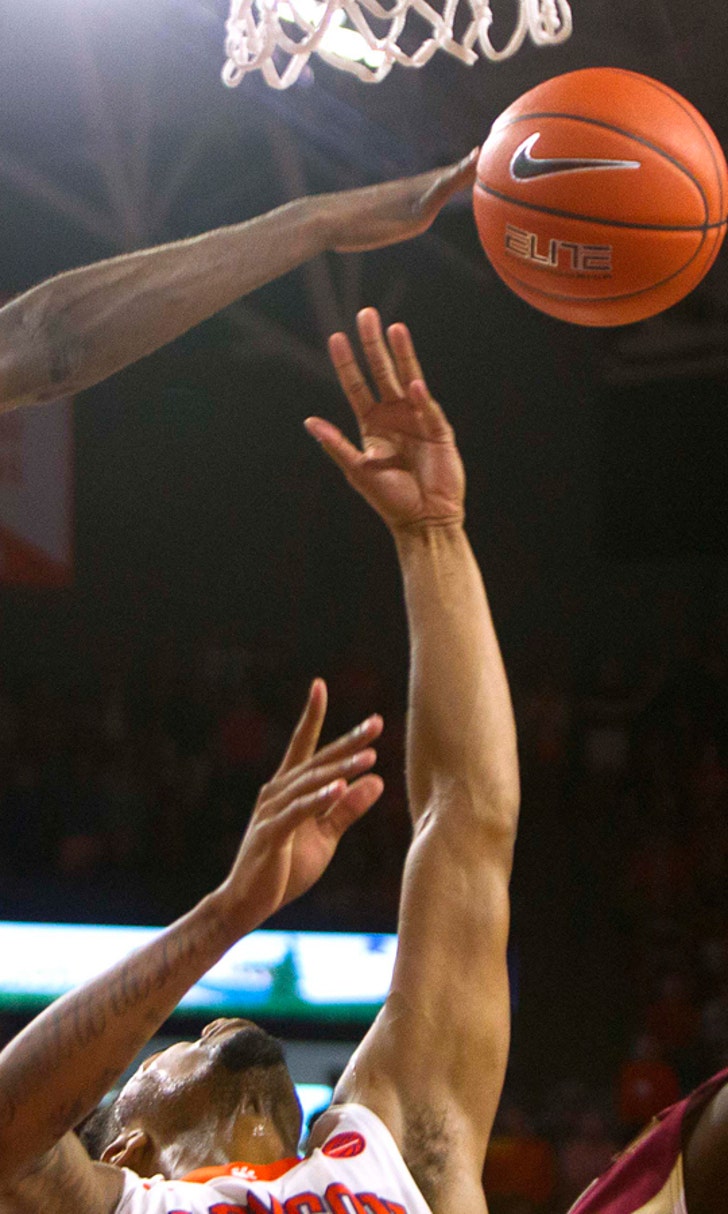 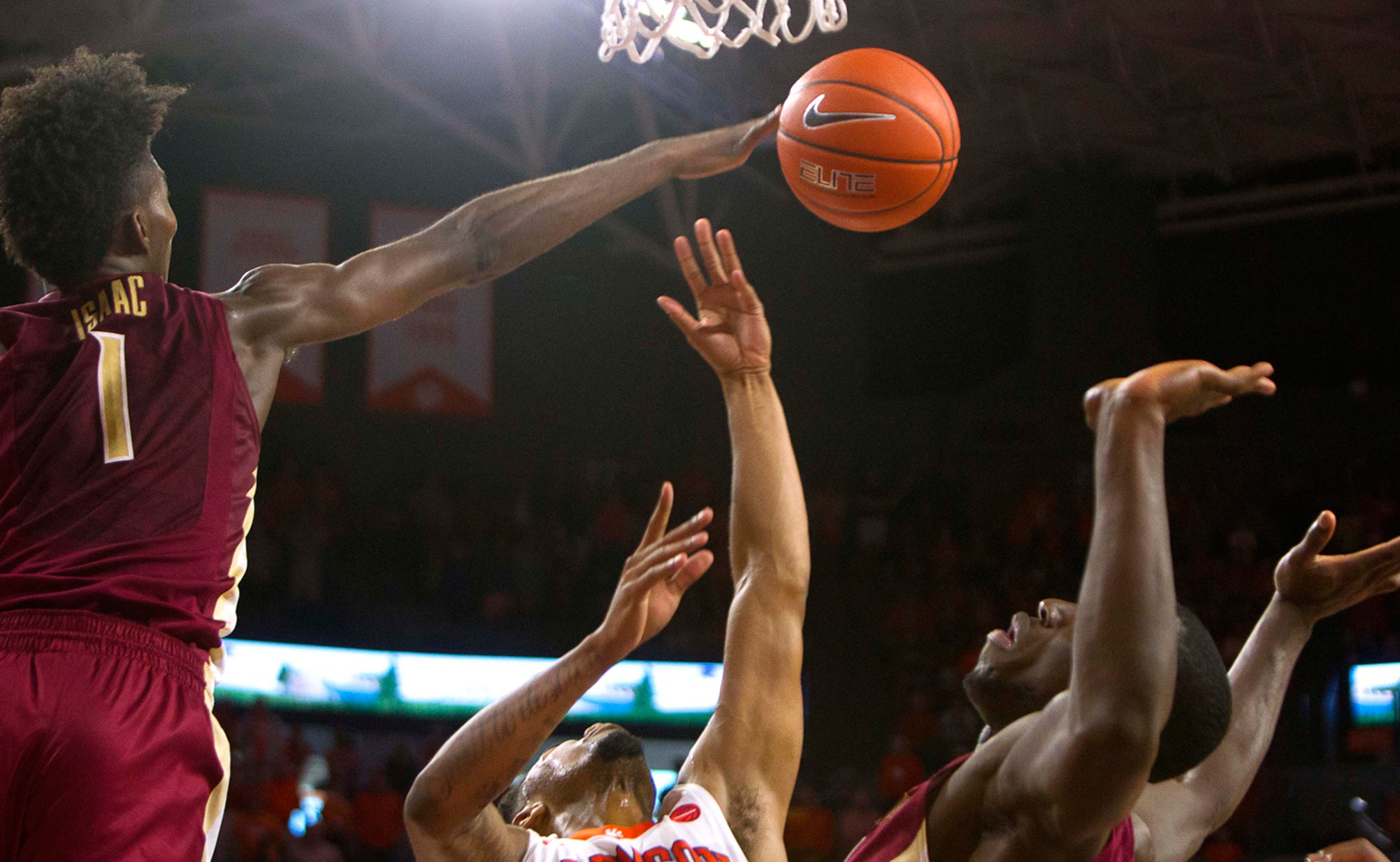 FSU hangs on to beat Clemson for rare road victory 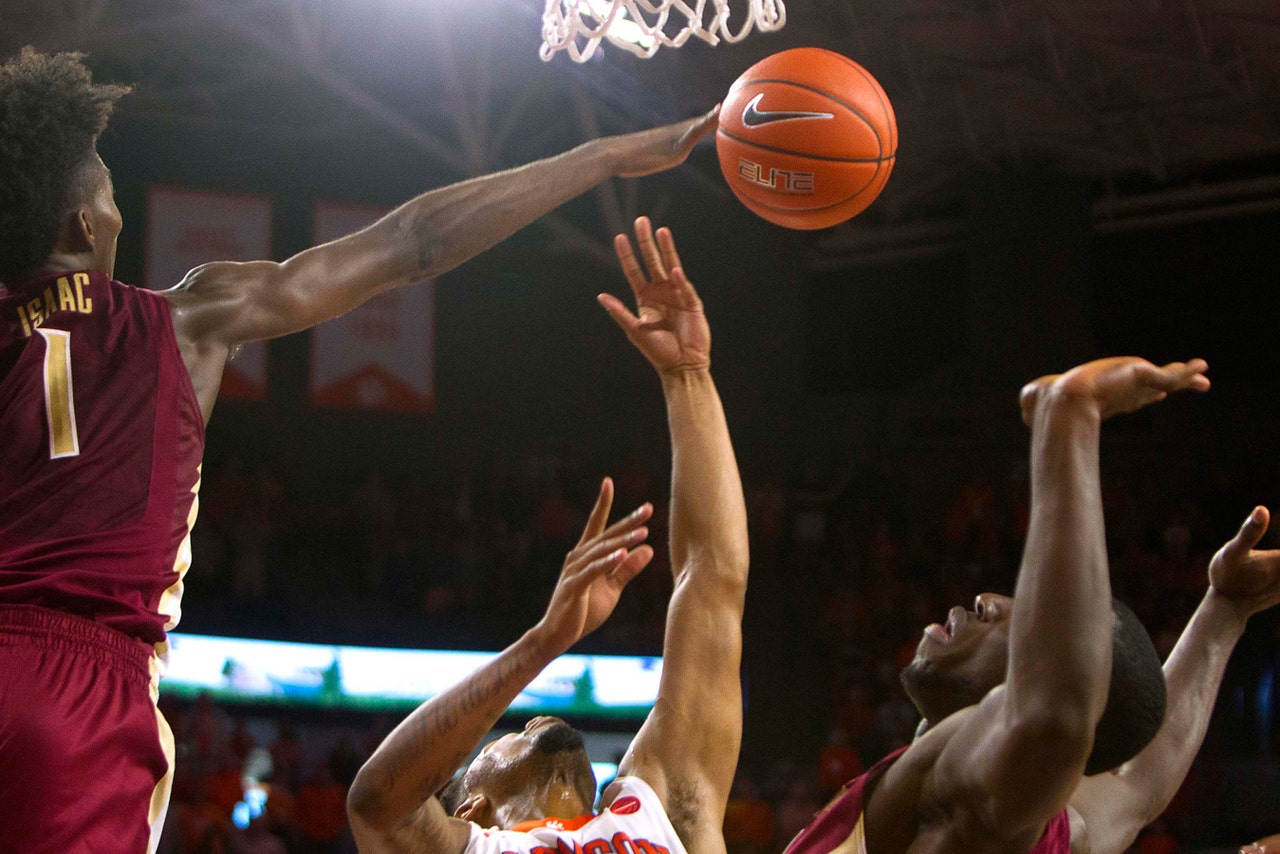 CLEMSON, S.C. (AP) -- Florida State coach Leonard Hamilton was glad to see his players smiling, laughing and celebrating a win on the road. It had not happened too often for the 19th-ranked Seminoles in Atlantic Coast Conference play this season.

"They were very, very happy in the locker room," said a relieved Hamilton, whose team rallied after leading most of the way to defeat Clemson 76-74 on Saturday.

The Seminoles (23-6, 11-5) came into Littlejohn Coliseum just 2-5 on the road in league play, including losses in their past two such games, at Notre Dame and at Pittsburgh.

But Xavier Rathan-Mayes hit the go-ahead basket with 1:22 left and Florida State hung on.

"Knowing we can get down on the road and win in tough situations and play the way we did (today) is definitely optimistic for us," said Rathan-Mayes, who scored 13 of his 15 points in the second half.

Jonathan Isaac of Florida State blocked Shelton Mitchell's drive with 11 seconds left after Rathan-Mayes' final hoop. After Trent Forrest made a free throw for the Seminoles, Marcquise Reed came up short on a mid-range jumper with 5 seconds to go as the Seminoles held on to win their 23rd game in the regular season for the first time since 2008-09.

"This is a very important win for us," Hamilton said. "It keeps pace and gives us the opportunity to control our destiny."

Florida State looked ready to stretch this one out after Forrest had a basket and two foul shots to put the Seminoles up 69-64 with 4:19 to go. But Jaron Blossomgame answered with a basket and Mitchell hit a 3-pointer to tie things once more.

Blossomgame finished with a game-high 24 points, his 12th game scoring 20 or more this season.

Isaac had 14 points and Dwayne Bacon added 12 for Florida State.

Florida State: The Seminoles are one of the ACC's best teams, but they struggle on the road, winning just two of their first seven games away from Tallahassee. They lost their past two on the road at Notre Dame and at Pitt before coming here. Florida State tapped into those struggles at Clemson, getting outscored 16-10 in the final 7 minutes of the opening half to lead just 38-37. The Seminoles were up on the Tigers 51-25 at halftime in their matchup three weeks ago at Florida State, a 109-61 victory.

Clemson: The Tigers have sought all ACC season for a signature win and put themselves in position to do it once more. Clemson hit 15 first-half free throws and shot 50 percent from the field. Still, it was not enough to keep from getting swept by Florida State for the first time in four seasons with another close defeat.

Bacon, Florida State's leading scorer, was kept beneath his season's average of 16.8 points by the Tigers. Bacon went just 3 of 14 overall and 1 of 6 from 3-point range. It was the fifth time in the past six games that Bacon shot 40 percent or worse from the field.

Clemson's run of almosts seems to have no end this season. Tigers center Sidy Djitte, who had 12 points and nine rebounds, said the team will fight off the disappointment and bounce back for whatever is left of the season. "If we've got two games, we're going to keep fighting for two games," he said.

Florida State heads to No. 10 Duke on Tuesday night.