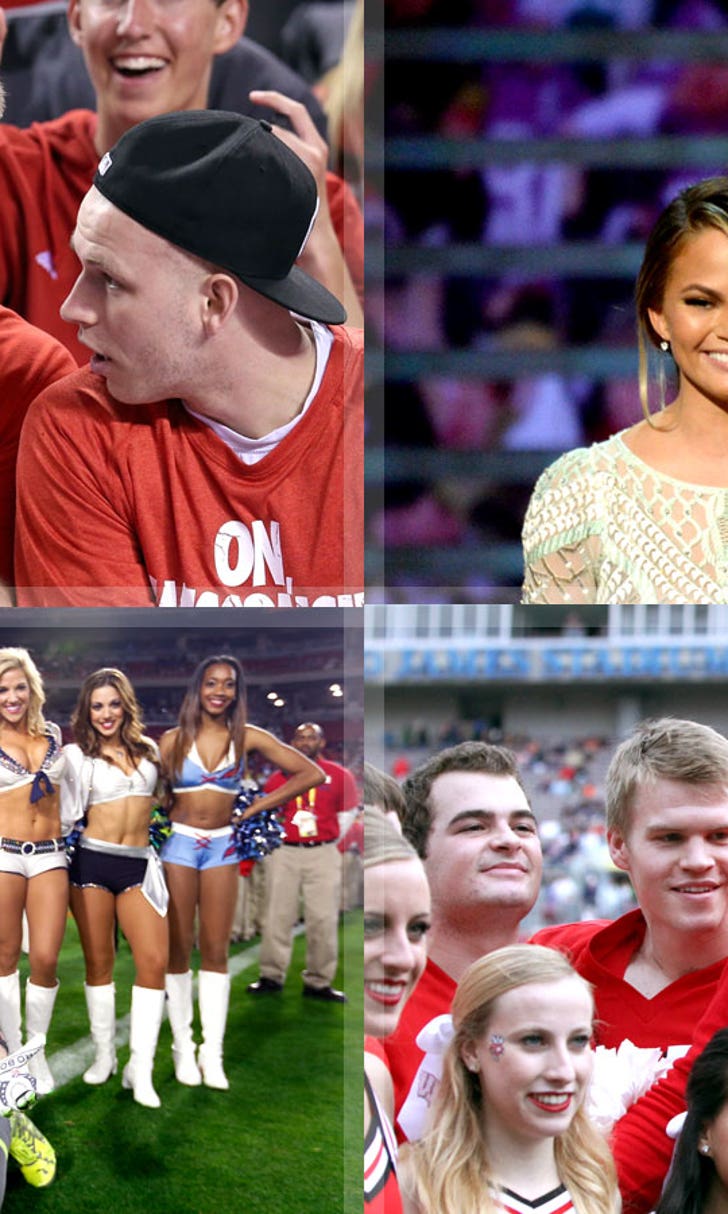 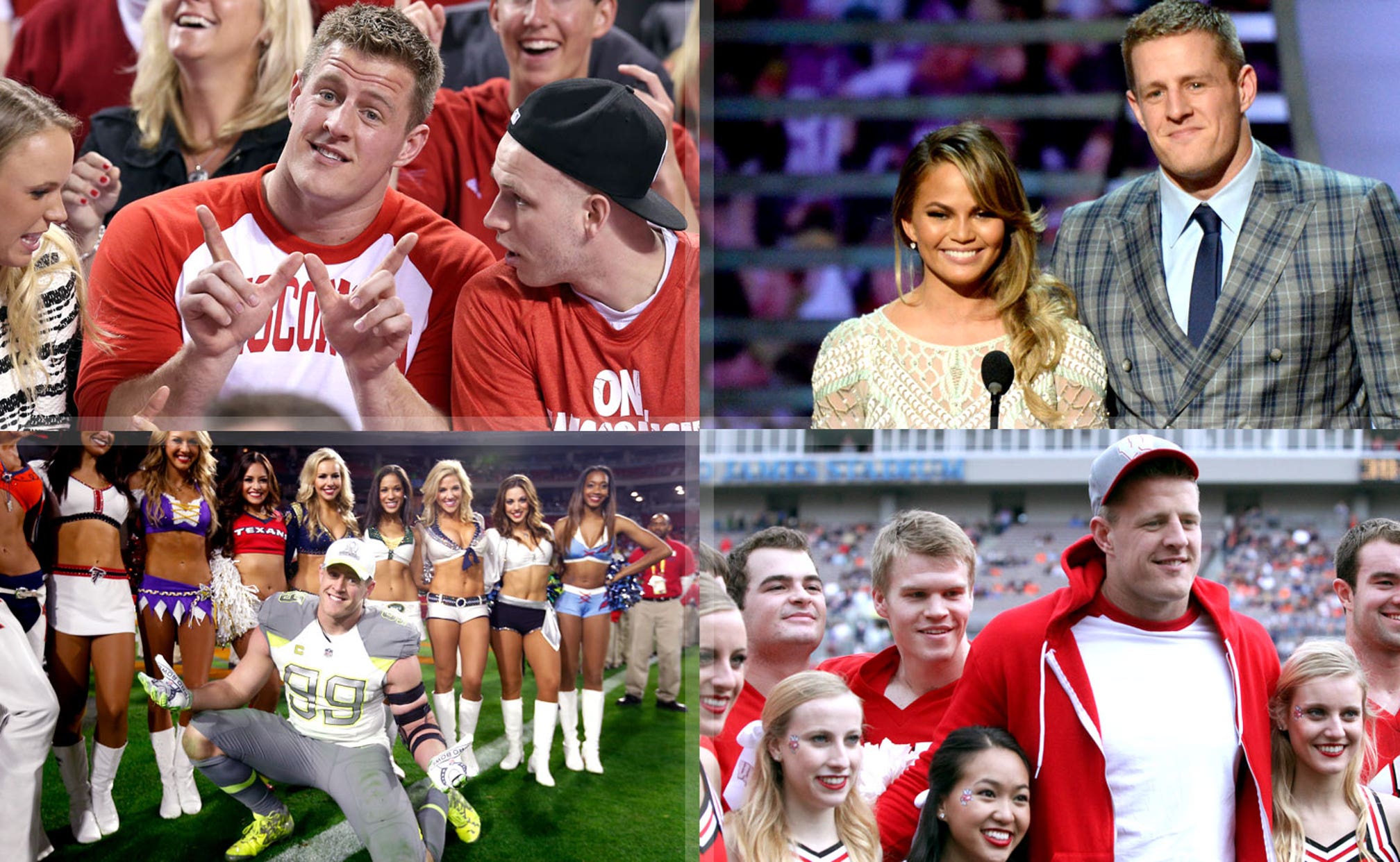 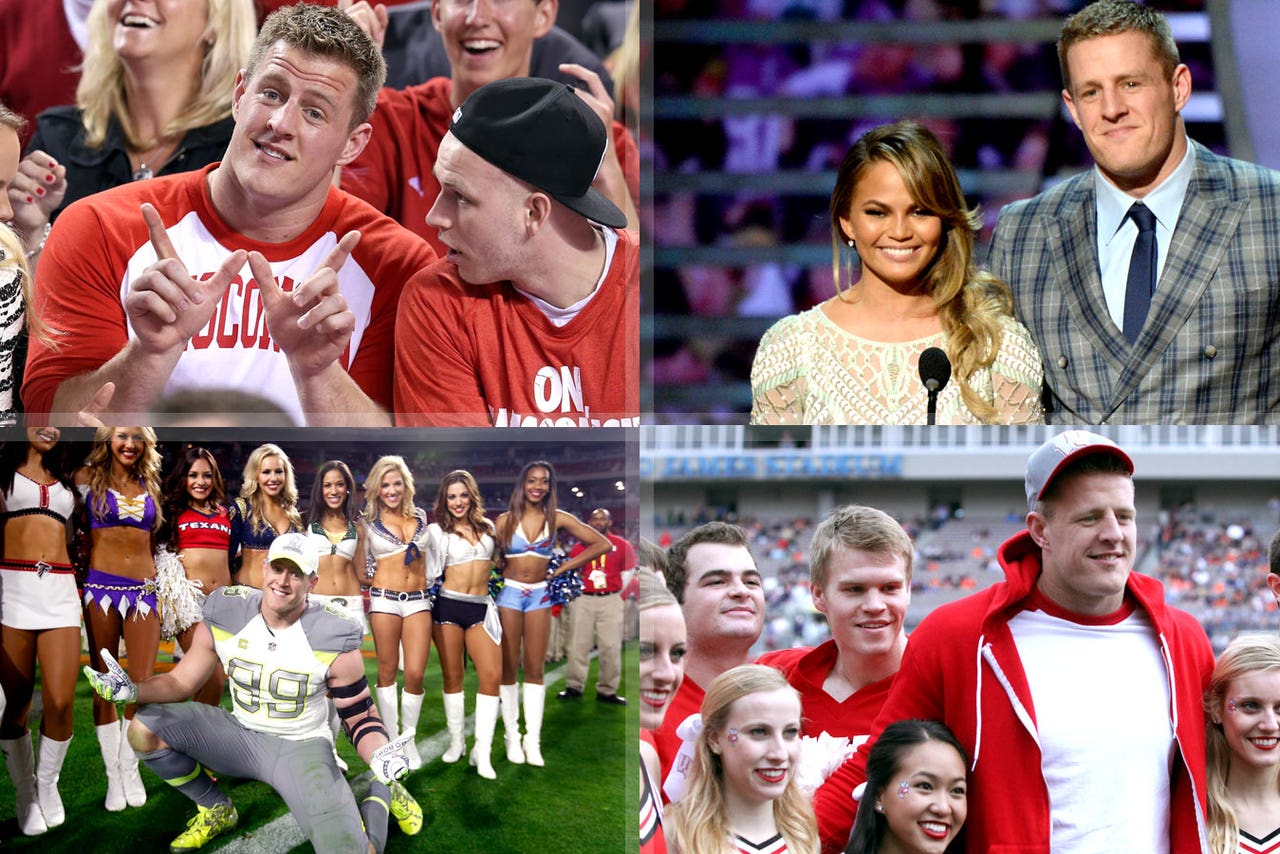 When it comes to their off-the-field lives, no one would ever compare J.J. Watt to Rob Gronkowski. However, the Texans defensive end has certainly kept himself busy since Houston's season ended.

There hasn't been any flirting with reporters or twerking (that we know of), but Watt has been having plenty of fun. 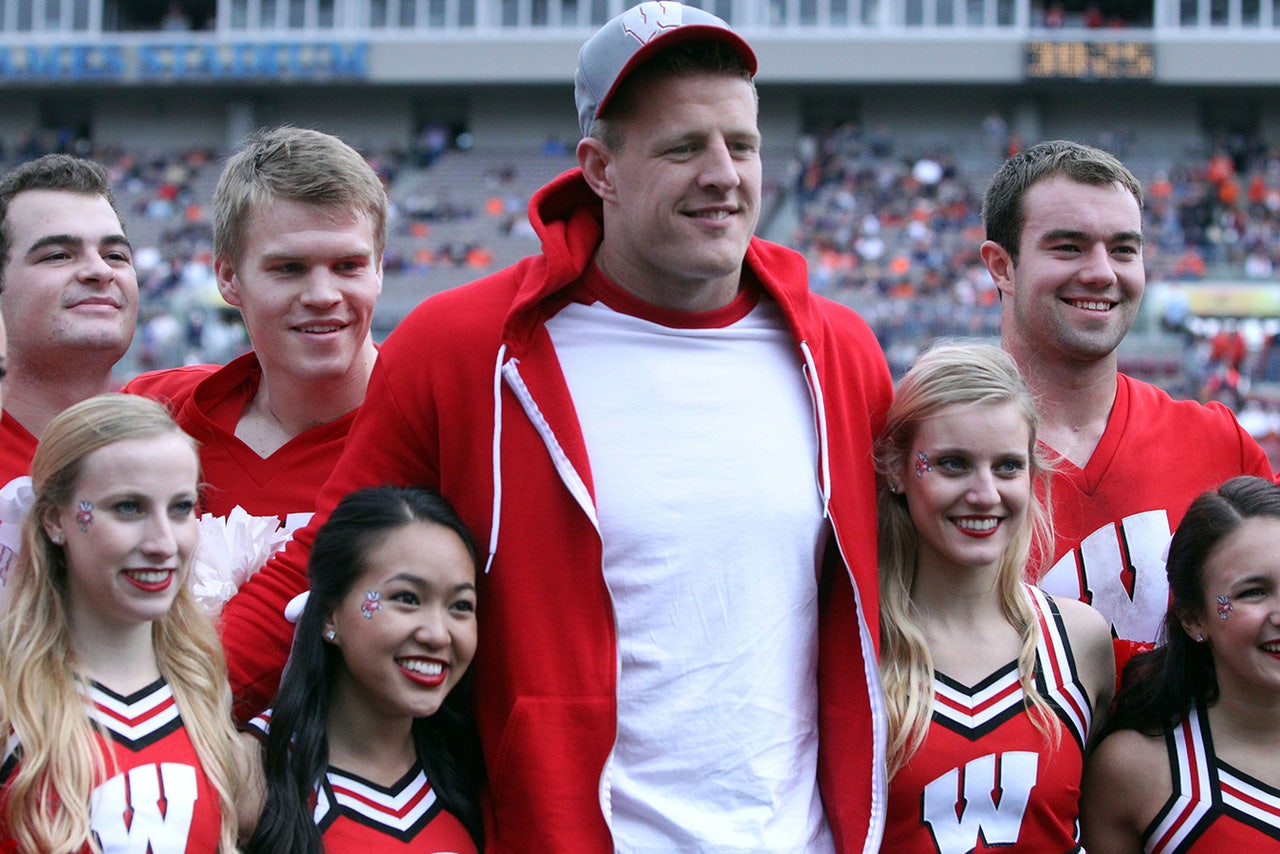 Jan. 27 Appeared on "Jimmy Kimmel Live," where he jumped over Kimmel and his security guard, Guillermo. 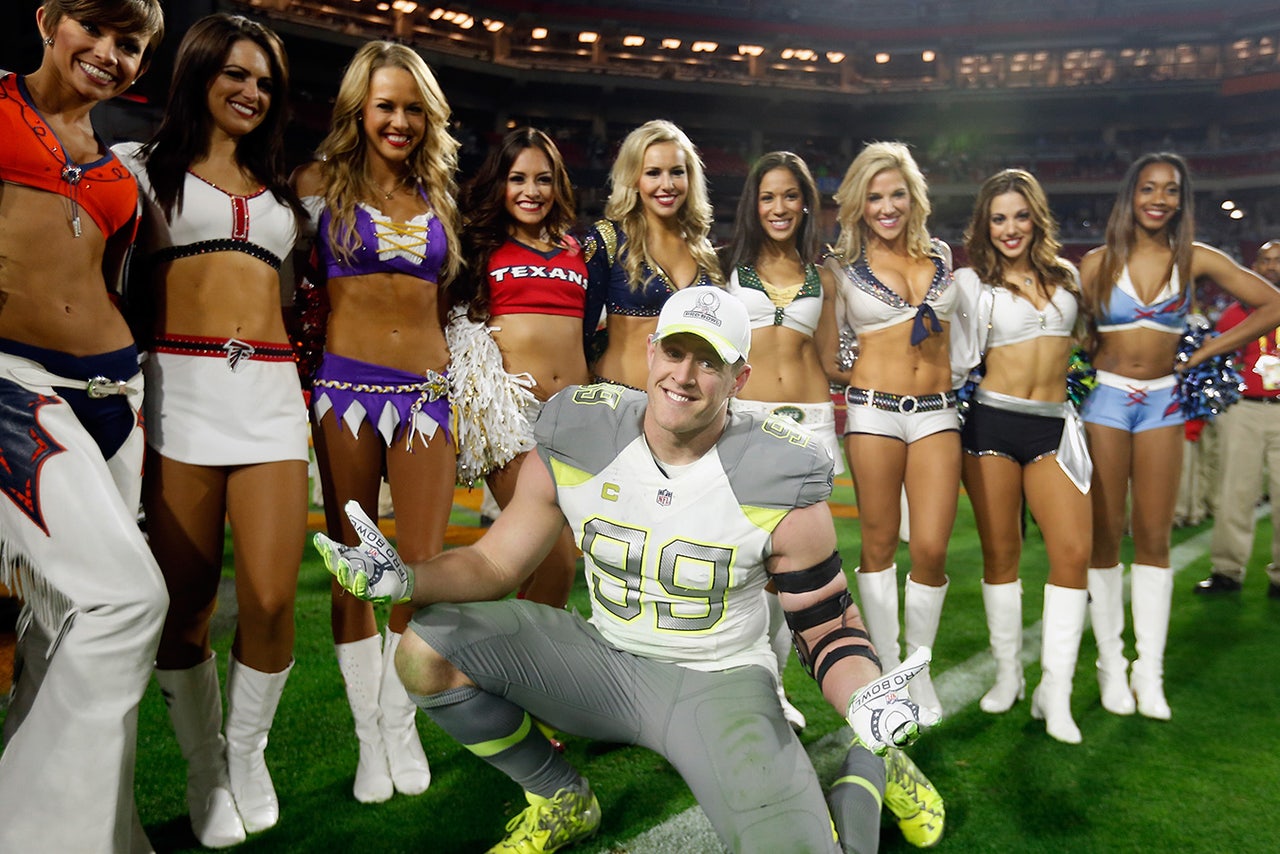 Feb. 9: Vacationed with friends in a stunning exotic location 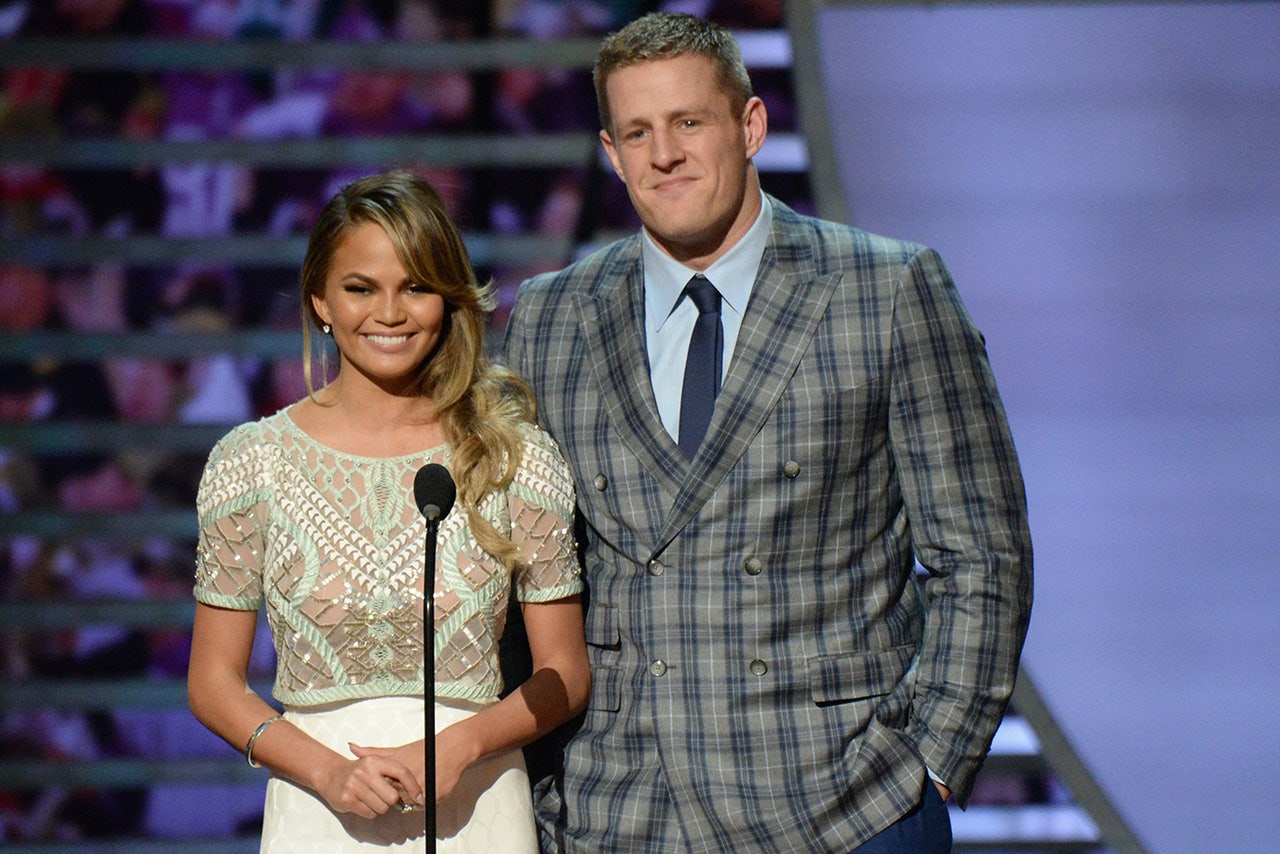 One weekend a year, 10 best friends from high school. Always remember where you came from & who helped get you here. pic.twitter.com/1EgTYda6Uw

You'll never know what you're truly capable of unless you push yourself to the limits. 5'1" fail. #SpotterStruggles pic.twitter.com/1eM712WBMI 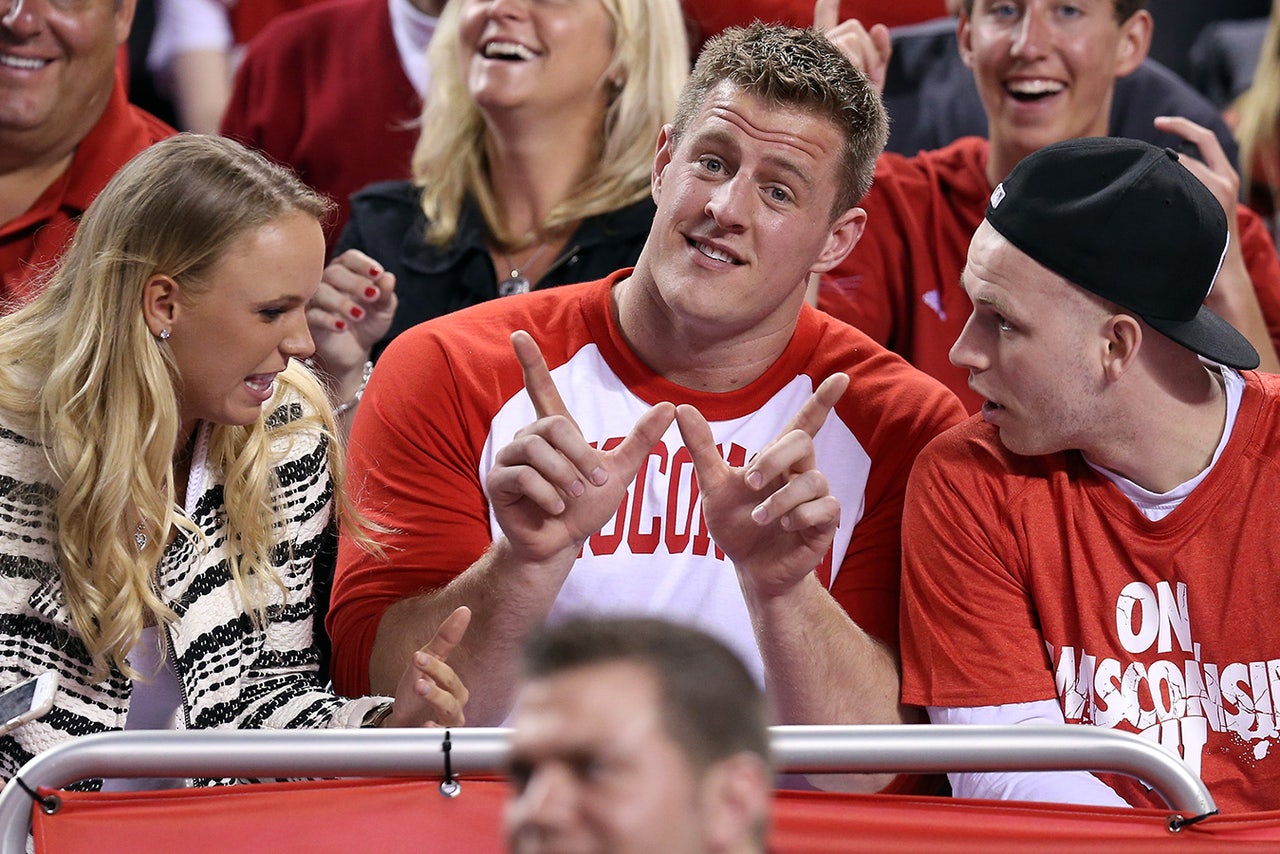 Last night @JJWatt, made a surprise appearance at A Celebration of Reading by escorting the First Lady on stage! pic.twitter.com/zQy6I0GBTC

June 26: Scored a goal on a slapshot at the second annual Geoffrion Classic, which raised money for the University of Wisconsin Health Burn Center. 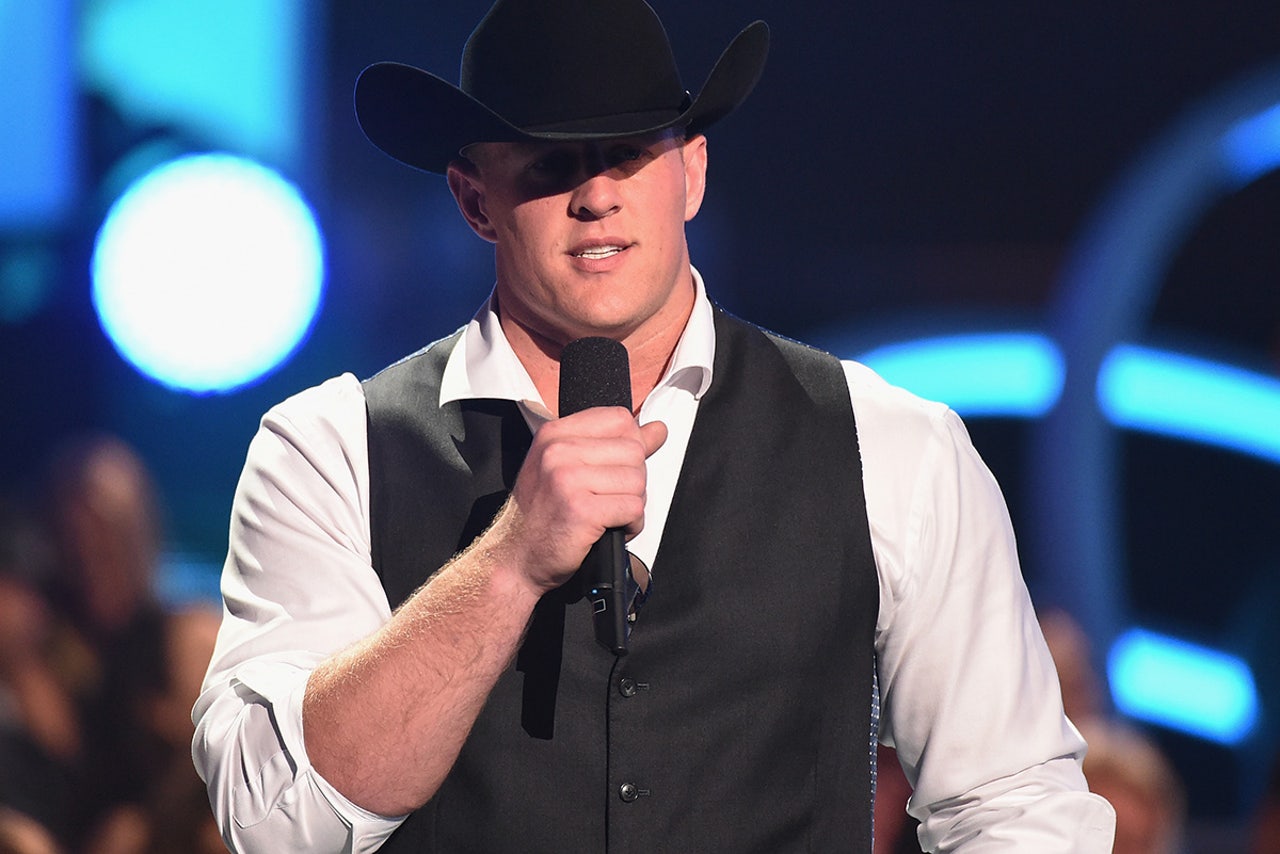 June 29: Tackled "fan" who "crashed" the stage during a Zac Brown Band concert.

Nobody messes with @zacbrownband pic.twitter.com/bS3Rat13xP

July 15: Took selfie with Britney Spears after presenting award with her at the ESPYs.

I'm not even going to try to pretend like I acted cool when this happened. #LifeMade pic.twitter.com/ezGyWWJG0a

July 27: Whipped the "Nae Nae" with a group of kids at Texans camp.

Was so nice meeting this guy tonight! @JJWatt #ESPYS pic.twitter.com/kv3dGvvLl0

#khou11 This is too funny! JJWatt asks some kids at #Texans YMCA to teach him the Nay Nay.... pic.twitter.com/zfq6qTRTis