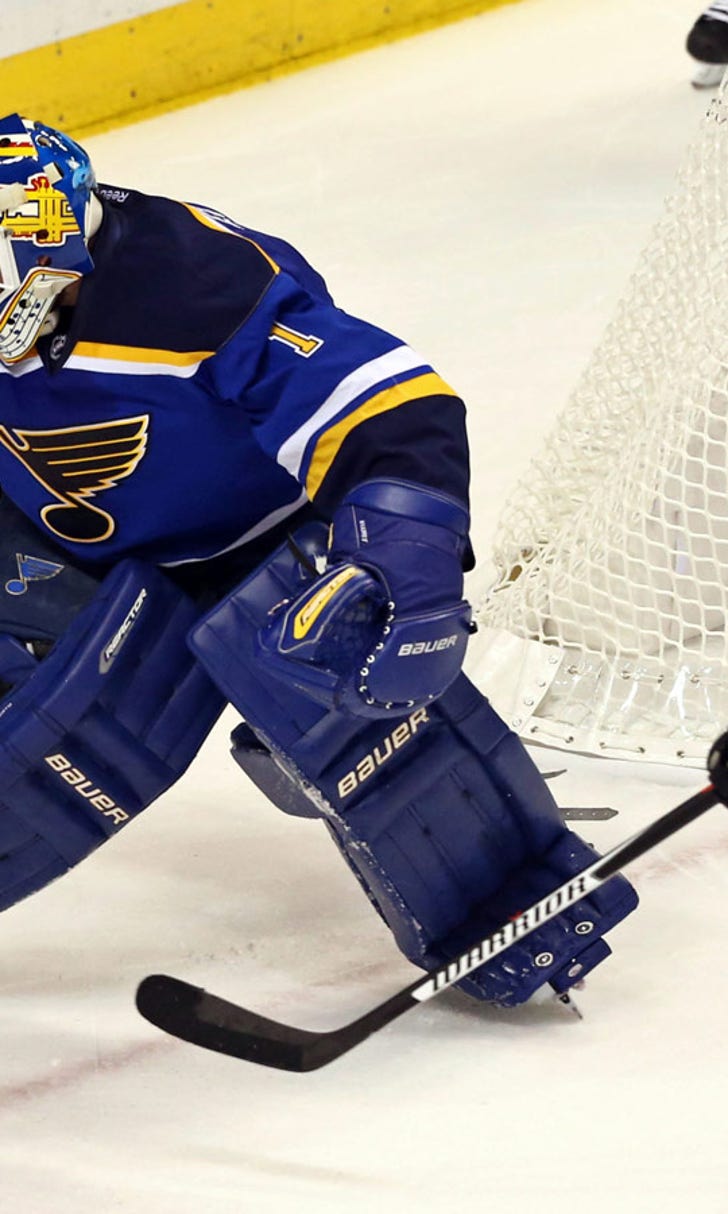 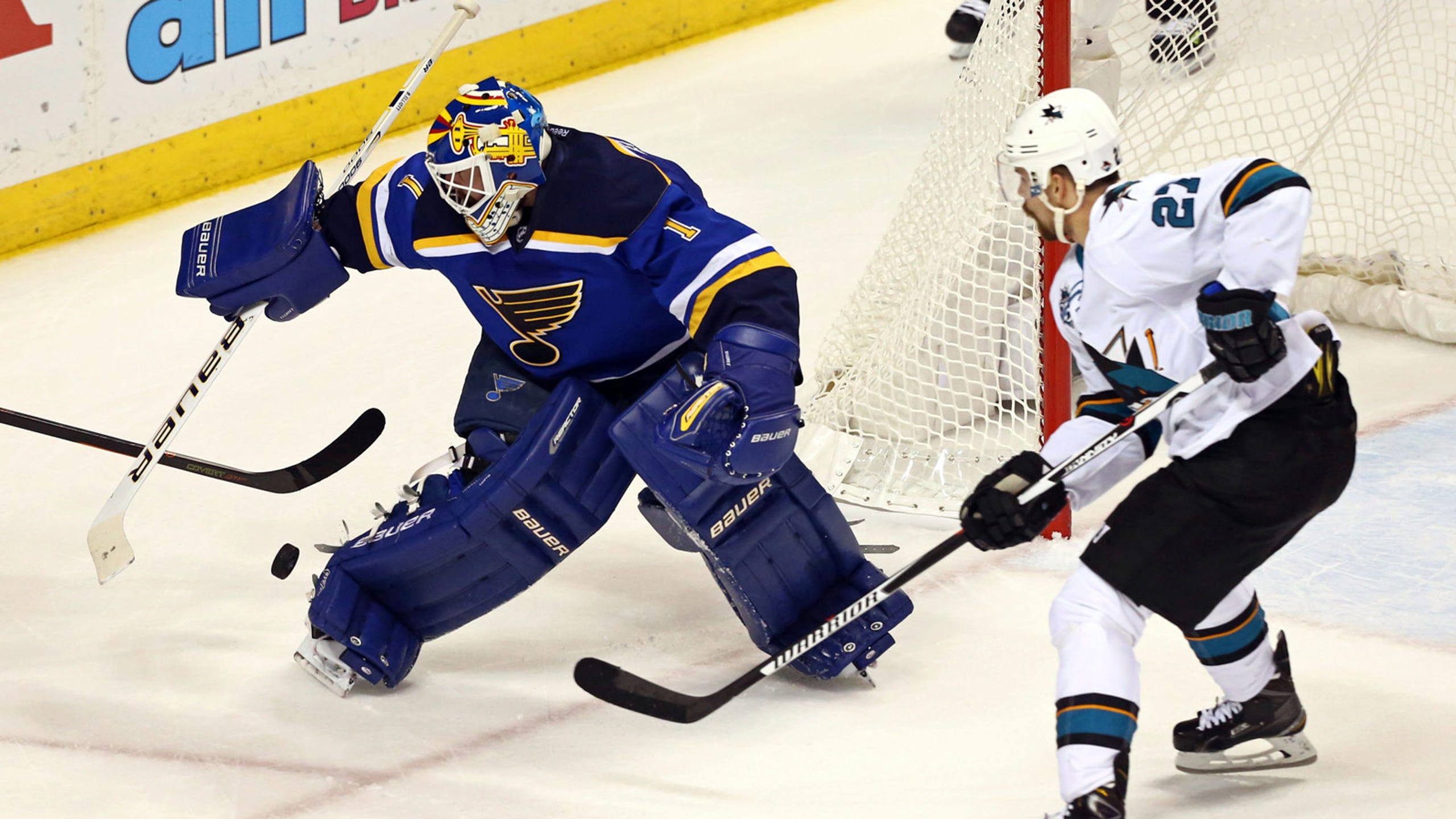 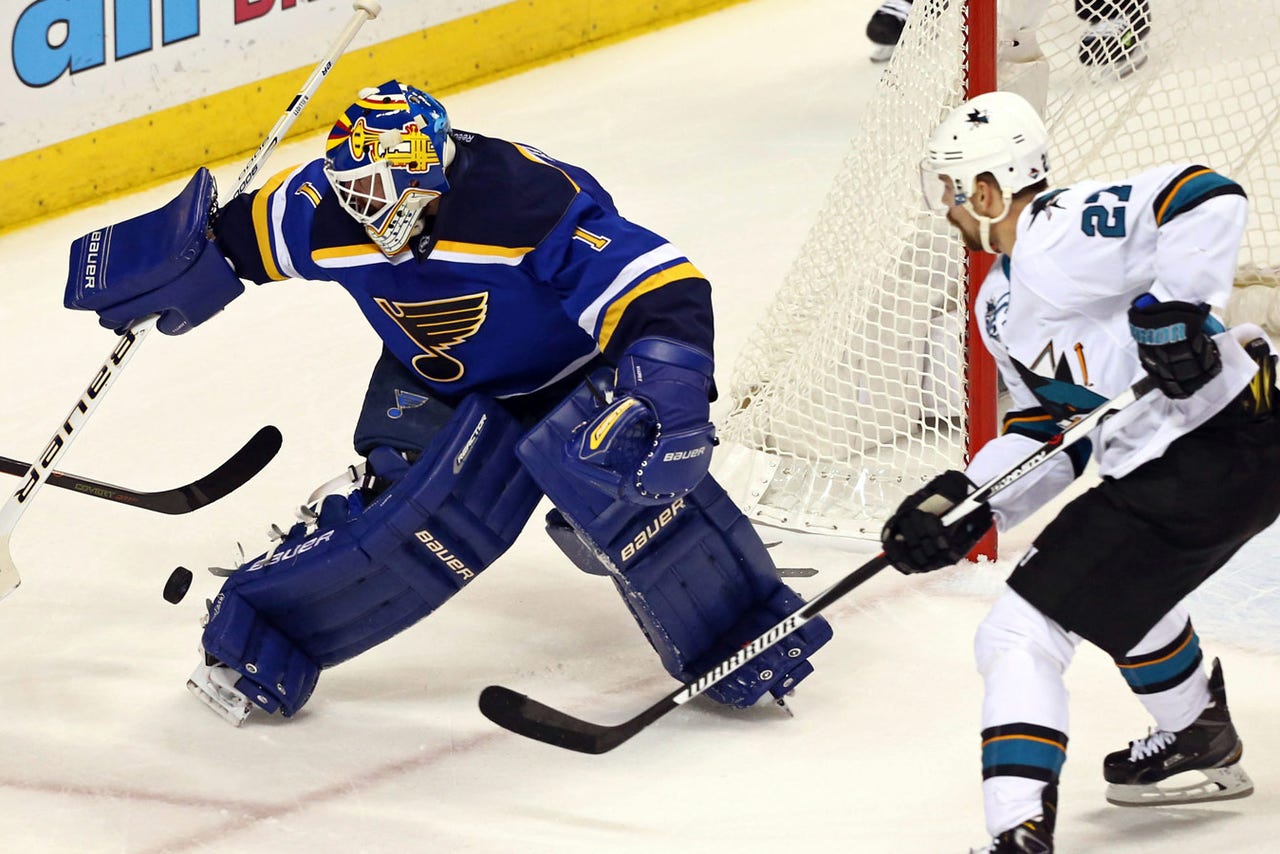 SAN JOSE, Calif. -- When Peter DeBoer took over as coach in San Jose, one of the first tasks he wanted to complete was making sure the Sharks were more than just a power-play team.

Improved depth and 5-on-5 play helped get San Jose back to the postseason after missing it a year ago, but come playoff time that power play has served as an impressive weapon and a barometer for the team's success.

One game after getting shut out on the man advantage, the Sharks struck twice following St. Louis penalties in a 4-0 win Tuesday night that tied the series at one game apiece heading into Game 3 on Thursday in San Jose.

The Sharks lead the NHL with 15 power-play goals this postseason and their 30 percent success rate is tops among all teams that have played more than one round. San Jose is 13-for-32 on the power play in nine playoff wins, compared to 2-for-18 in its five losses.

With a five-man top unit that has years of experience together, San Jose is a finely tuned unit. Joe Thornton is the playmaker, spending most of his time along the half-boards or behind the net. He has plenty of options.

Brent Burns scored both power-play goals in Game 2 off one-timers that St. Louis goalie Brian Elliott had little chance to save. Captain Joe Pavelski led the team with 12 power-play goals in the regular season, with many coming on deflections in front of the net or rebounds. Logan Couture and Patrick Marleau bring versatility with the ability to create plays for teammates or score on big shots of their own.

"Our power play's pretty free-flowing," Thornton said. "Really just can't key on one guy. We got five guys that can hurt you. I think for us it's just the way you move around, it's really hard to defend."

The Blues managed to neutralize the Sharks in Game 1 when they killed all three power plays in a 2-1 victory. They were short-handed five times in Game 2, including a slash behind the play by Troy Brouwer that led to the Sharks' second goal of the game and an interference call on Steve Ott for hitting Pavelski from behind when the puck was not in the area.

The other big difference in Game 2 was that the Blues failed to take advantage of their power-play chances. After getting a man-advantage goal from captain David Backes to open the scoring in Game 1, St. Louis went 0-for-6 on the power play Tuesday night, including a weak four-minute chance early in the third period when Marleau was called for a high-sticking penalty and the Sharks lead was only 2-0.

San Jose used 13 of its 18 skaters for more than a minute of penalty-killing time with top defensive pair Marc-Edouard Vlasic and Justin Braun each spending more than 5 minutes on the ice with the Sharks short-handed.

The Blues managed 12 shots on the power play but were unable to beat Martin Jones as the Sharks did a good job controlling rebounds and keeping St. Louis to the outside.

"You want to use the power play to get momentum," forward Robby Fabbri said. "Last night we didn't execute on any of them. Just the way some games go. We got to stay confident and go with our next chances."

NOTES: Hitchcock said he plans to tinker with his lineup for Game 3 but gave no specifics. ... DeBoer said Thornton looked fine Wednesday after taking a slash on his left hand from Jay Bouwmeester during the game.