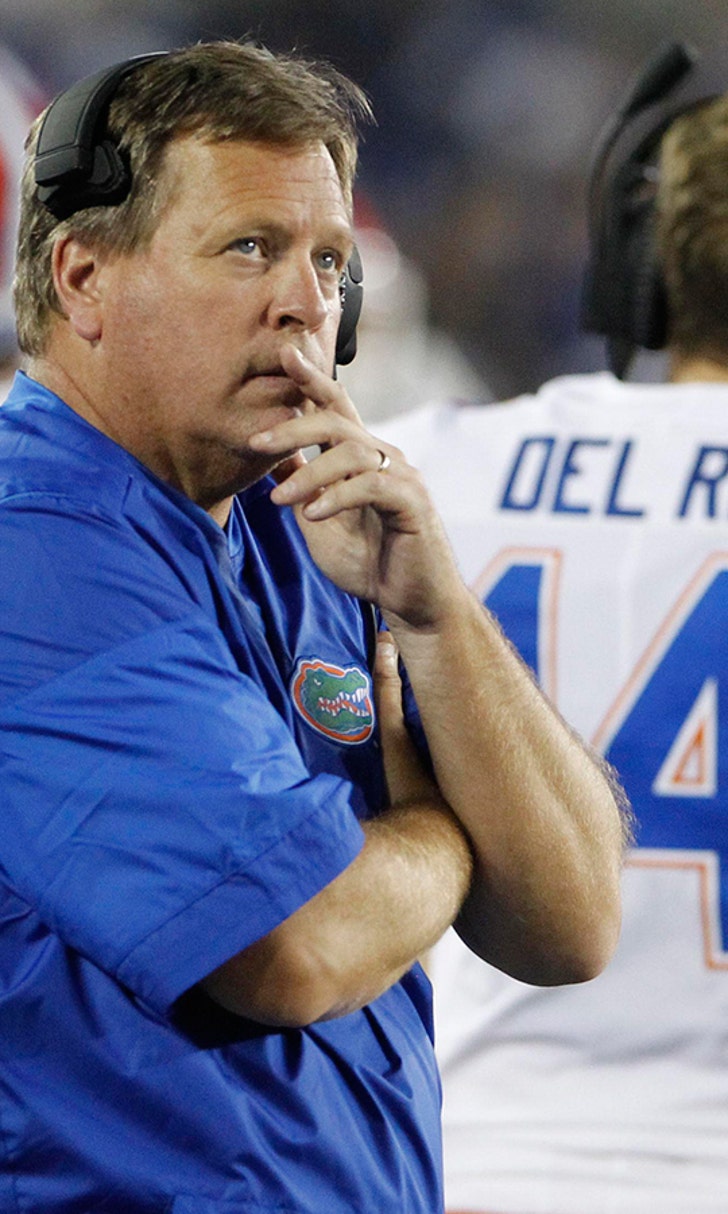 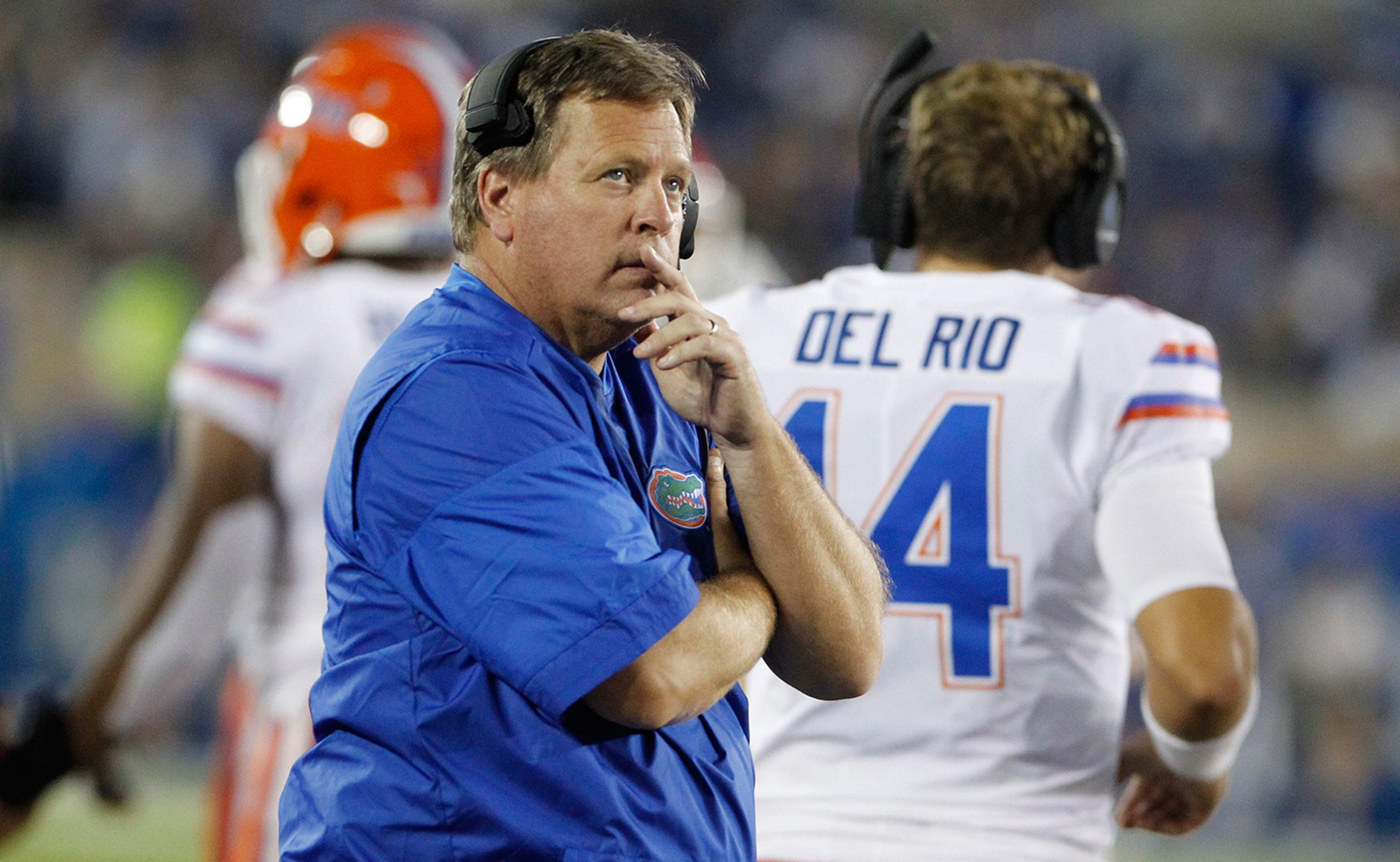 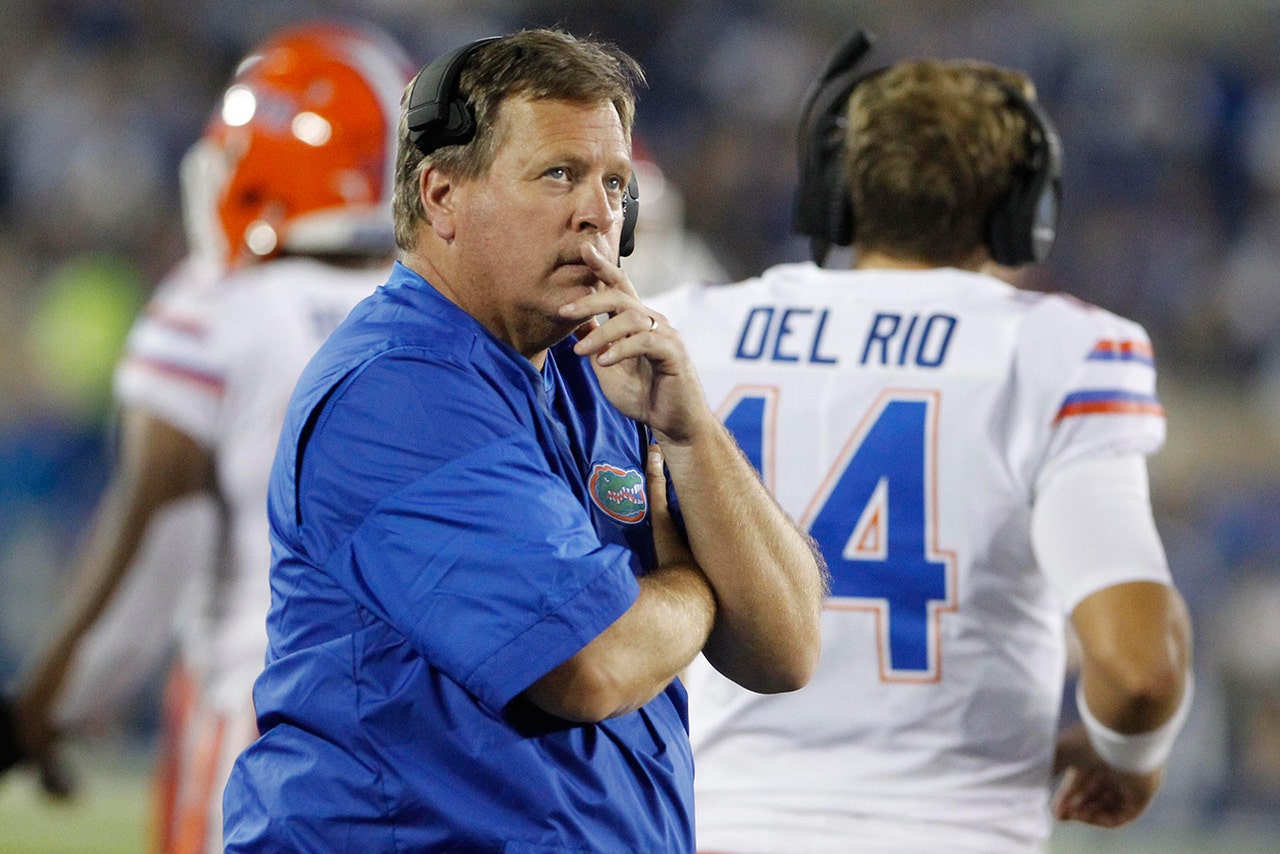 GAINESVILLE, Fla. (AP) -- The paperwork for Jim McElwain's departure hadn't even been completed when Florida athletic director Scott Stricklin announced a motto for his coaching search: He wants the Gators to be fun again.

That surely starts with an improved offense.

The school and McElwain agreed to part ways Sunday, a day after a third consecutive loss and nearly a week after McElwain said his players and their families had received death threats.

Stricklin said the sides reached an agreement in principle to settle McElwain's $12.5 million buyout, but he declined to reveal details until the deal is signed.

"This is more than just wins and losses," Stricklin said. "I'll just leave it at that."

Florida (3-4, 3-3 Southeastern Conference), which is still paying former coach Will Muschamp, hoped to significantly reduce McElwain's sum and likely used his actions over the last week as leverage.

Regardless, McElwain's tenure will be remembered for failing to fix a floundering offense. Three years ago, McElwain proclaimed he could win with his dog at quarterback. The Gators currently rank 113th in total offense, in triple digits nationally for the third time in McElwain's three seasons.

"When Florida has been really good, from a distance, it has looked really fun and I want it to be really fun," Stricklin said. "Our fans, they deserve it to be really fun. I want our players and student-athletes to have a lot of fun, like this is a rewarding experience to come here and get a degree from a top-10 public university and to play at one of the storied football programs in the country."

McElwain went 22-12 with the Gators, including 4-9 against ranked teams, and became the first coach in league history to take a team to the SEC championship game in his first two years. Florida was eliminated from contention in the Eastern Division with a 42-7 loss to rival Georgia on Saturday. It was Florida's most lopsided loss in the series since 1982.

McElwain's downfall was more about relationships than records.

His already-strained rapport with administrators reached a new low last Monday when he mentioned the death threats. The bombshell shocked Stricklin, who had not been notified about a potentially harmful situation.

Stricklin met with McElwain later that day, and the coach rebuffed a request to provide more information about the threats. The school's position was this: If there were death threats and administrators did nothing about them, the Gators would be legally liable if something horrible happened. If McElwain exaggerated the threats or made them up altogether, then he essentially sullied an entire fan base without merit.

McElwain made the situation even worse two days later when he said he would provide more details about the death threats "when it becomes unmanageable."

The former Alabama assistant and Colorado State head coach complained publicly about Florida's facilities shortly after taking the job and openly questioned the school's commitment to the football program two years later. His initial comments came while the Gators were planning to build an indoor practice facility and his most recent ones came after they had announced plans to build a $60 million, stand-alone football facility.

They probably would have found a way to live with them had McElwain delivered on promises to improve an offense that has been dormant for nearly a decade.

McElwain didn't make Florida's offense any better than his predecessor and repeatedly failed to adequately develop a quarterback.

The Gators surely will hire another offensive-minded coach to start the next rebuild.

Mississippi State's Dan Mullen seems like the obvious choice. The 45-year-old Mullen was Florida's offensive coordinator under Urban Meyer and worked for Stricklin in Starkville, Mississippi. His resume includes a No. 1 draft pick (Alex Smith), an NFL Rookie of the Year (Dak Prescott) and a Heisman Trophy winner (Tim Tebow). Mullen also is familiar with the pressure of coaching in the SEC and in Gainesville.

"I think fans sometimes look at hiring coaches kind of like you or I might look at going down to Best Buy and buying a 50-inch TV," Stricklin said. "You look at the side of the box and read all the specs and you open up the box and that's what's going to be in there. Personnel hirings are not quite like that. ...

"These are figure-it-out kind of jobs. Every school is different. Every school is unique. Every school has its own set of strengths and challenges. There's not a one-size-fits-all approach to what's going to be successful at every school. So you have to get somebody who's smart enough to come in and figure out the puzzle at your particular school."