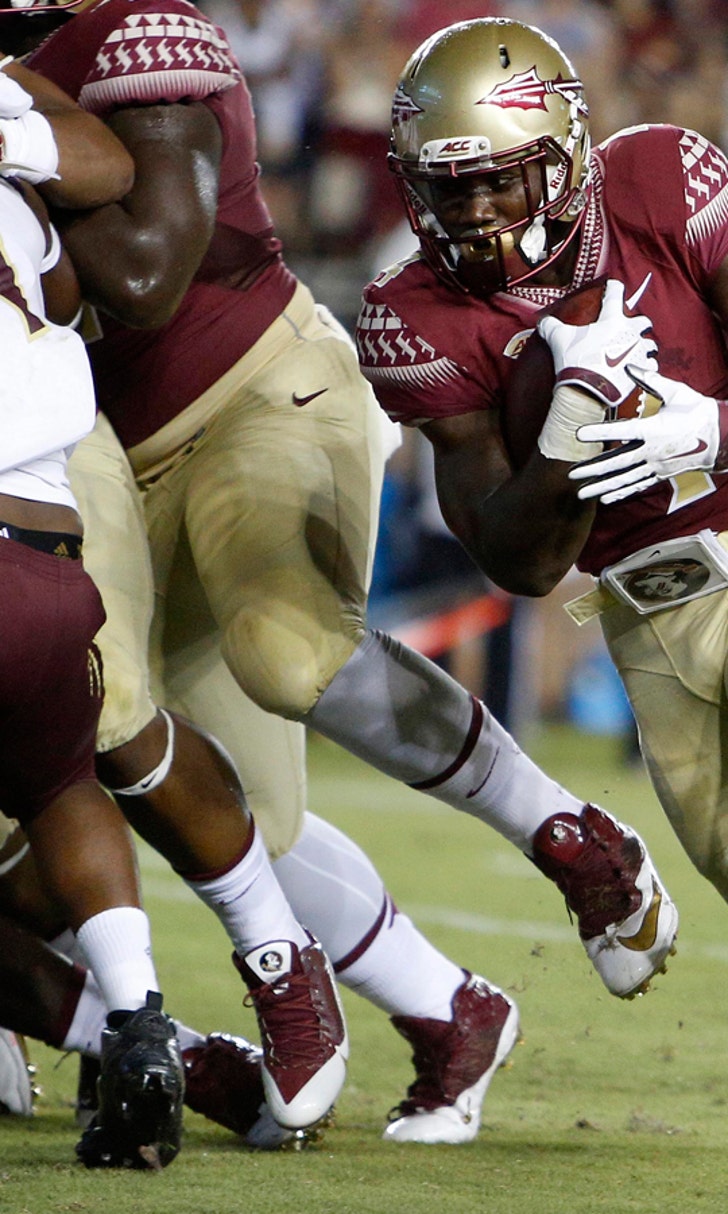 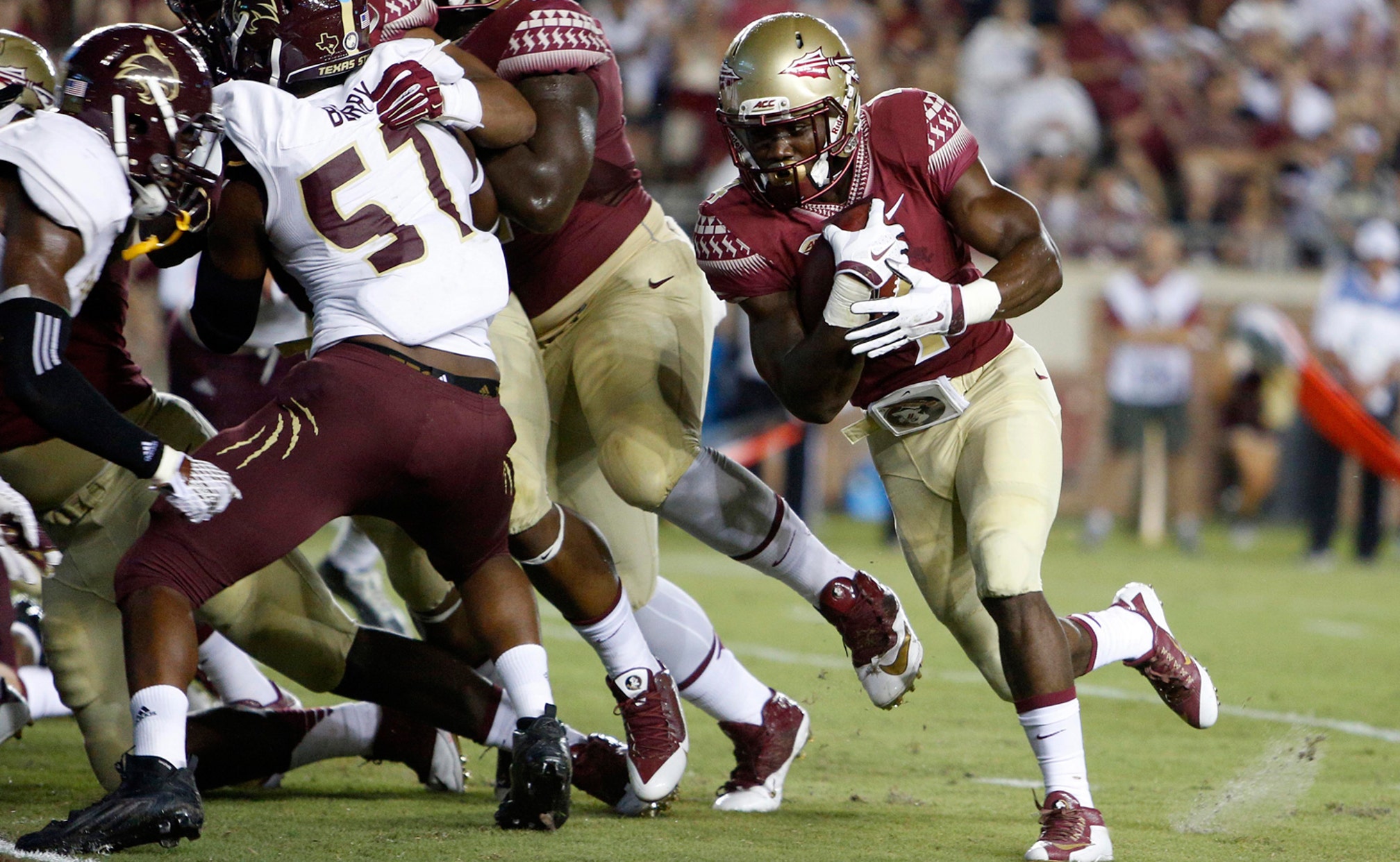 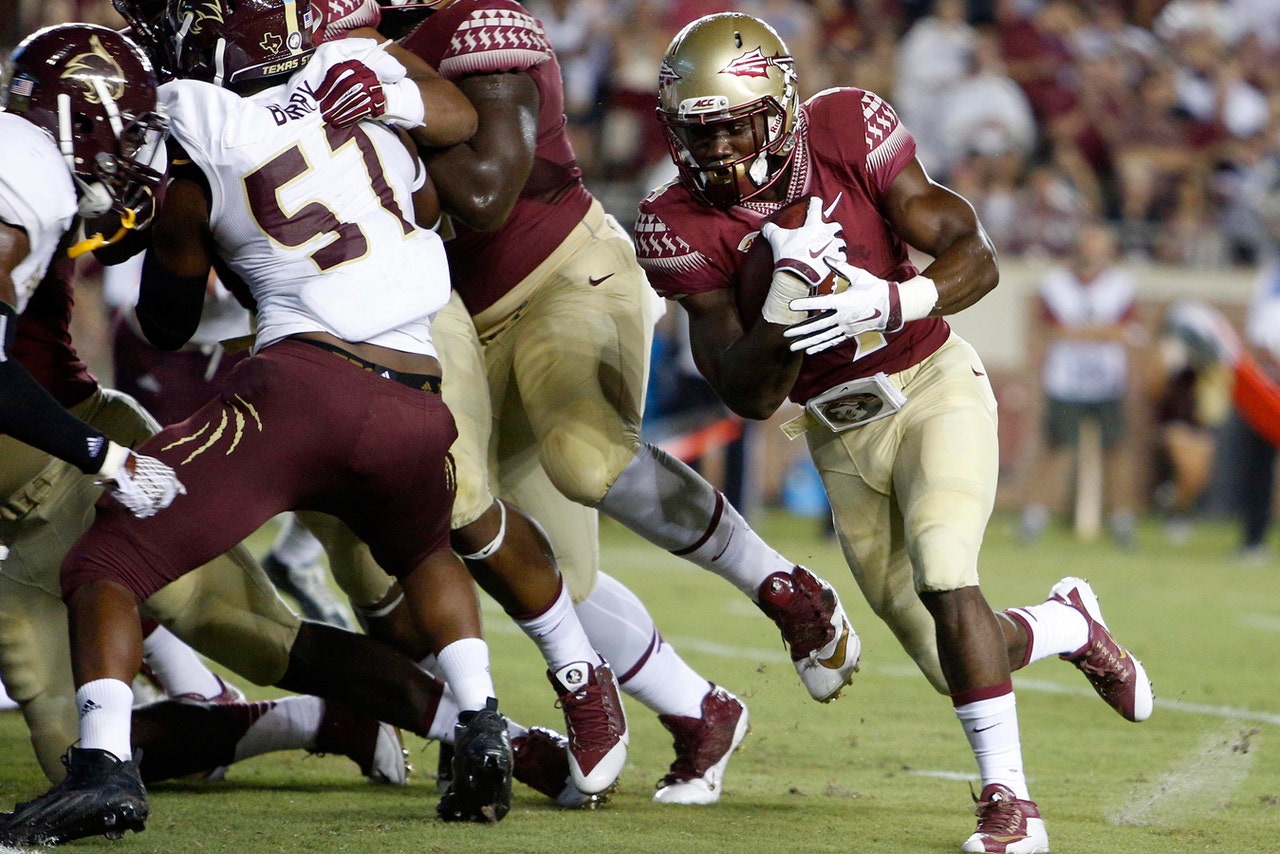 The graduate transfer from Notre Dame matched a career high with four touchdown passes and had the seventh 300-yard game of his career to help the No. 10 Seminoles beat Texas State 59-16.

"We put up 59 points. That's a good thing for a quarterback," said wide receiver Jesus Wilson, who caught a 14-yard touchdown pass early in the fourth quarter to make it 42-10. "He reminded me of Jameis (Winston, who was drafted first overall by Tampa Bay). He made some really good throws."

Golson, who got his degree in May and arrived in town a couple months later, was 19 for 25 for 302 yards.

"I liked what Everett did, not just throwing the ball but what he managed to gain," Fisher said. "I thought he was accurate with the ball and protected it for the most part."

Florida State mainly kept it on the ground in the first half, running on 23 of 32 plays. Golson though took advantage of the worn-down Texas State defense in the second half, going 12 of 16 for 228 yards.

During the preseason, Fisher talked about Golson's ability to extend plays with his feet. He showed that on his first touchdown pass as he eluded the rush, rolled left and found Travis Rudolph for a 5-yard touchdown strike to make it 28-10 with 9:06 remaining in the third quarter. Fisher was also pleased when he saw Golson make a couple checks at the line and get the offense into better looks.

Golson also threw a touchdown pass to Ryan Izzo before wrapping up his night with a 55-yarder to Ja'Vonn Harrison.

Sean Maguire, who competed with Golson during the preseason, came in midway through the fourth quarter and directed two scoring drives, including a 24-yard touchdown pass to Johnathan Vickers.

Dalvin Cook ran for 156 yards and two touchdowns, Mario Pender added 92 yards on 14 carries, and Florida State averaged 6.5 yards a carry. The Seminoles ended up having a 636-300 edge in total yards.

Said Cook about Golson: "He's a guy that don't lack confidence at all. He is going to get everybody going. That's just him."

Texas State cut it to 14-10 in the second quarter on Chris Nutall's 4-yard run, but Florida State took control by scoring on seven of its next eight drives. The Bobcats didn't cross into Seminoles' territory again until midway through the fourth quarter.

In six season openers under Fisher, the Seminoles have outscored their opponents 299-69.

"Overall, I thought it was a solid first game. Nothing spectacular. There is a lot of work to be done but you can see the potential for this team," Fisher said.

The start of the game was delayed 63 minutes because of lightning.