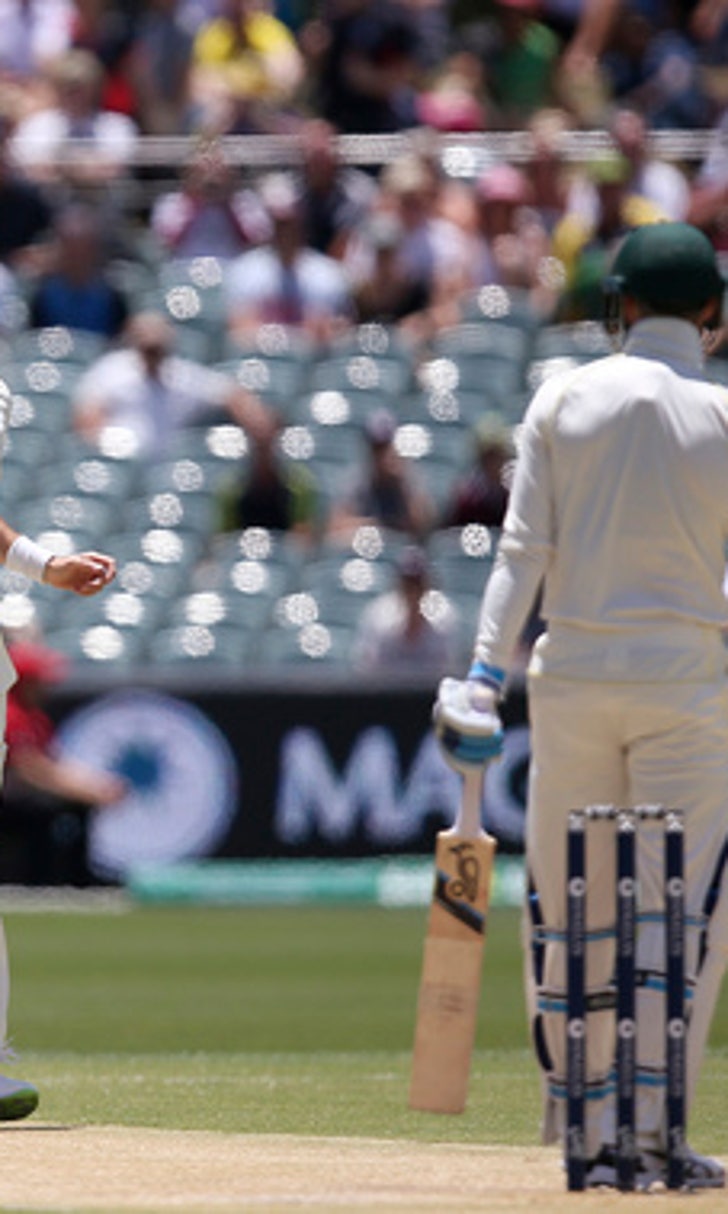 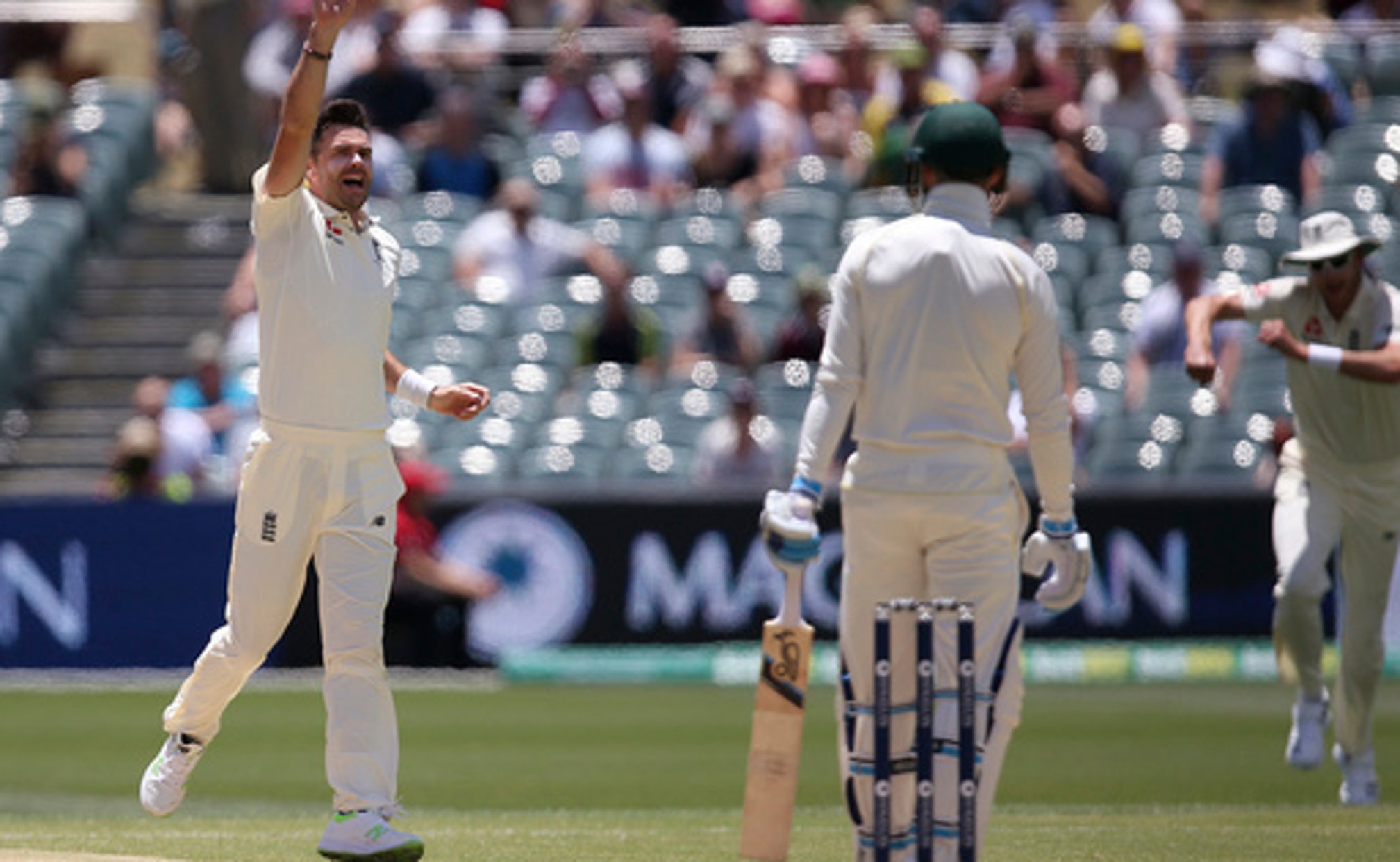 ADELAIDE, Australia (AP) Jimmy Anderson produced his best bowling performance ever in Australia to drag England back into the inaugural day-night Ashes test, and skipper Joe Root posted an unbeaten 67 to bring an unlikely upset closer to reality.

England, after losing the series-opener by 10 wickets last week in Brisbane and being bowled out for 227 to concede a 215-run first-innings deficit in the second test, reached 176-4 at stumps on Tuesday.

That leaves Root's lineup with three sessions remaining on Wednesday and six wickets in hand to score the 178 runs required to reach a victory target of 354.

England's record for a successful fourth-innings run chase was 332-7, set in Melbourne in 1928. After surviving the night session on the fourth day for the loss of only two wickets, there's growing confidence of a broken record.

A crucial 78-run partnership between Root, who faced 114 balls and had an lbw decision against him overturned on 32, and Dawid Malan (29) guided England through most of the night session. After Malan was bowled by Pat Cummins late, Chris Woakes went in as night watchman and survived eight balls to be 5 not out at stumps.

''We are a good amount of runs short but are in a fantastic position,'' Anderson said. ''We have got batters in the shed to get us close.''

England was completely behind the game at the Adelaide Oval until Australia skipper Steve Smith opted not to enforce the follow-on for the night session on Monday.

It backfired badly, with Anderson and Woakes taking two wickets each as Australia slid to 53-4 with the ball seaming and swinging wildly around under lights.

It didn't get better in daylight hours for the home team, with Anderson returning 5-43 - his first five-wicket haul in Australia and 25th in in his test career - and Woakes taking 4-36 to skittle Australia for 138 in the first session on Tuesday. No Australian batsman surpassed 20 in the second innings.

''We're delighted to be in this position to have any sort of chance of winning - which we didn't think we would have after the first couple of days,'' Anderson said. ''It'd be a huge win ... it's very rare that a team declares then loses.''

England reached dinner at 68-2 after losing Alastair Cook (16) and Mark Stoneman (36), setting the scene for a big night session for the Australian bowlers.

It didn't happen - possibly because the ball was already 28 overs old by the time the lights were turned on rather than hard, shiny and new, and also because there was a lack of composure from the Australians.

Smith didn't review an early lbw decision against Cook when he should have, then burned two umpire referrals in the space of three balls on desperate attempts to have Root and Malan dismissed when the umpire had ruled not out. That meant the Australians had no more reviews.

Root, meanwhile, used his referral to perfect advantage, asking for a review after he was given out lbw, when England was 101-3, and having the decision overturned when the tracker technology showed the ball from Nathan Lyon was going over the stumps.

Also under review will be Smith's decision not to send England back in to bat on Monday night.

''In hindsight, we didn't get an opportunity to bowl with the new ball under lights,'' Australia bowling coach David Saker said. ''Maybe we got it wrong. But if we come out of this winning the game, which I still think we will, you can say it was justified in some way.

''The past two days haven't gone to plan but I still think we're in front. If we get (Root's) wicket in the morning, the game changes.''