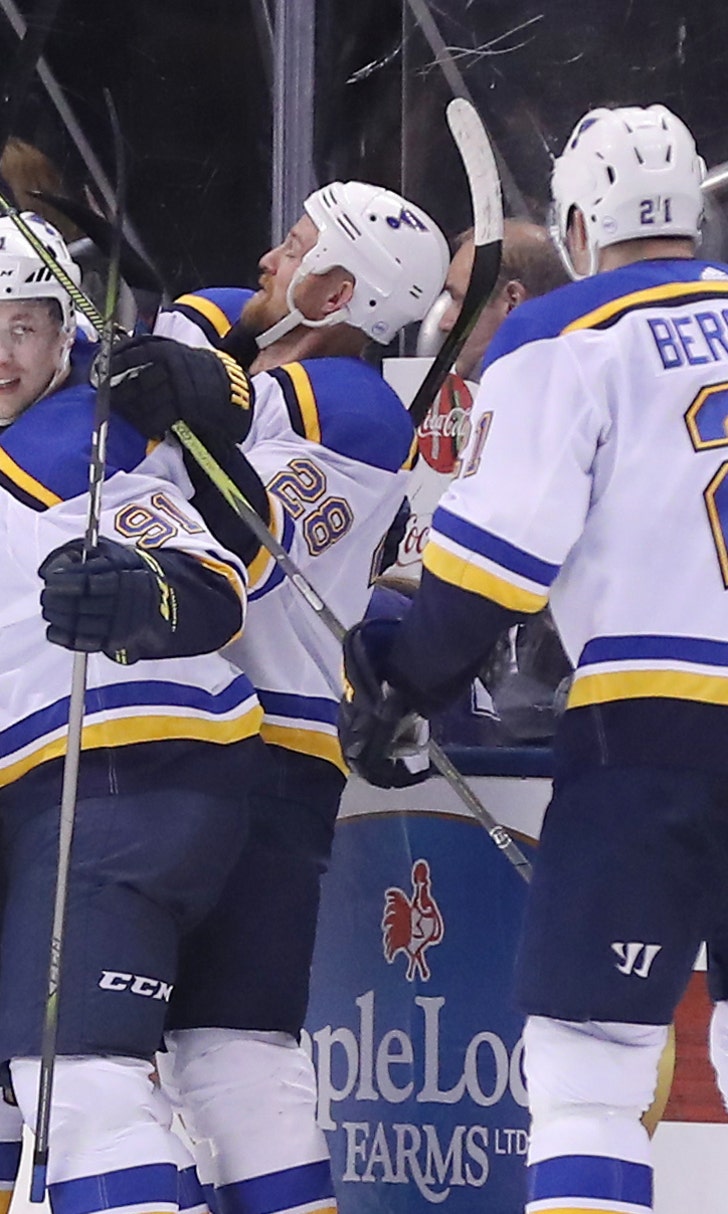 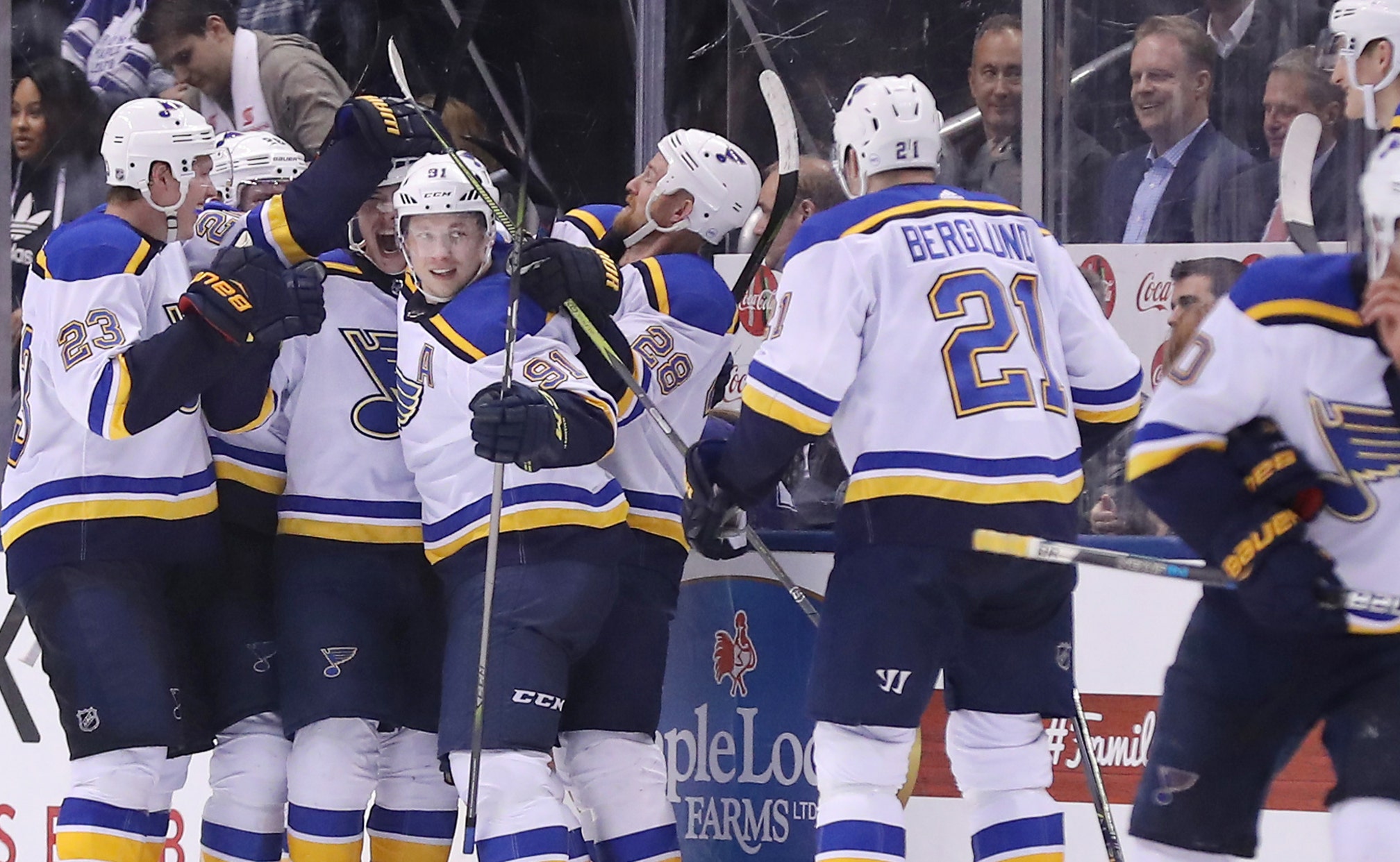 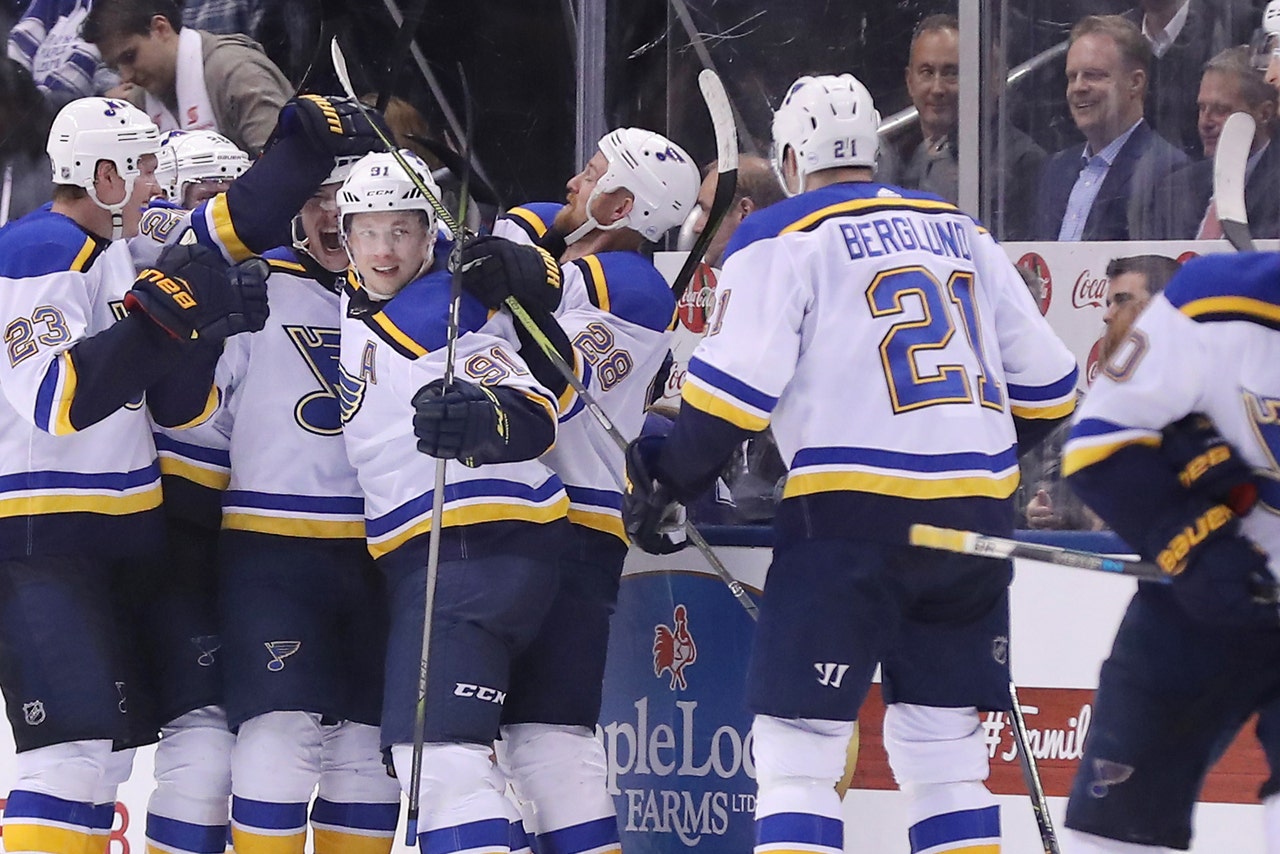 TORONTO -- Alexander Steen pulled the St. Louis Blues back into the game, and then Vince Dunn finally got rewarded for a fabulous first performance in his home province.

Steen tied it with 57 seconds left and Dunn scored 1:43 into overtime, lifting St. Louis over the Toronto Maple Leafs 2-1 on Tuesday night.

Connor Brown put Toronto ahead on a short-handed breakaway midway through the third period, but Steen scored with goalie Carter Hutton pulled for an extra attacker by backhanding Alex Pietrangelo's rebound past Frederik Andersen.

Dunn, a 21-year-old rookie defenseman from Mississauga, Ontario, then capped the rally in OT. He snapped a low shot past Andersen after choosing to keep the puck on a 2-on-1, ending it with his game-high seventh shot on goal.

Dunn was recalled Monday from the Chicago Wolves of the AHL, where he played to stay sharp during the team's bye week.

Vince Dunn on scoring @StLouisBlues' game-winner: "Yeah, a lot of emotions tonight. ... Pretty special feeling get that one here in my hometown." #AllTogetherNowSTL pic.twitter.com/k0HDWyH4SI

Dunn got the first game-winning goal of his career in his 40th game.

"For a young kid, this is a meaningful game for him," Yeo said. "He wanted to play in this game. A lot of family and friends. He did a great job of being ready to go."

"Sometimes it goes that way, but you want to keep learning from it and keep moving forward. That's the only thing we can do now," Andersen said. "We're going to go through stretches like this in a season, but I thought we've been good at closing out games early in the year and I think we've got to get back to being solid like that."

St. Louis dominated in the first period as the Maple Leafs struggled to connect passes. Toronto's best chances came with Blues forward Kyle Brodziak in the penalty box for slashing, but the Leafs had only a few threats on net. By the end of the first, St. Louis had outshot Toronto 14-7.

The biggest play of the opening 20 minutes came when Leafs forward Matt Martin squared up Brodziak behind the St. Louis net and crushed him with a body check. Blues tough guy Chris Thorburn came to Brodziak's defense and fought Martin.

Andersen kept the Leafs in the game through the first two periods, including stopping Thorburn on a breakaway with about nine minutes left in the second. Play opened up in the period, but the game remained scoreless.

In the third period, Andersen again stymied Thorburn, sliding post-to-post on a wraparound attempt and getting a pad on the puck before then covering up the rebound in the first four minutes of play.

Brown finally opened the scoring shortly after, outracing Pietrangelo to the puck after the Blues' captain mishandled a pass at the blue line.

"We got a point and played a real good team," Toronto coach Mike Babcock said. "I thought it was a real good hockey game. They were too quick for us in the first. I thought we played better as the game went on."

NOTES: It was both teams' first game back after the bye week.