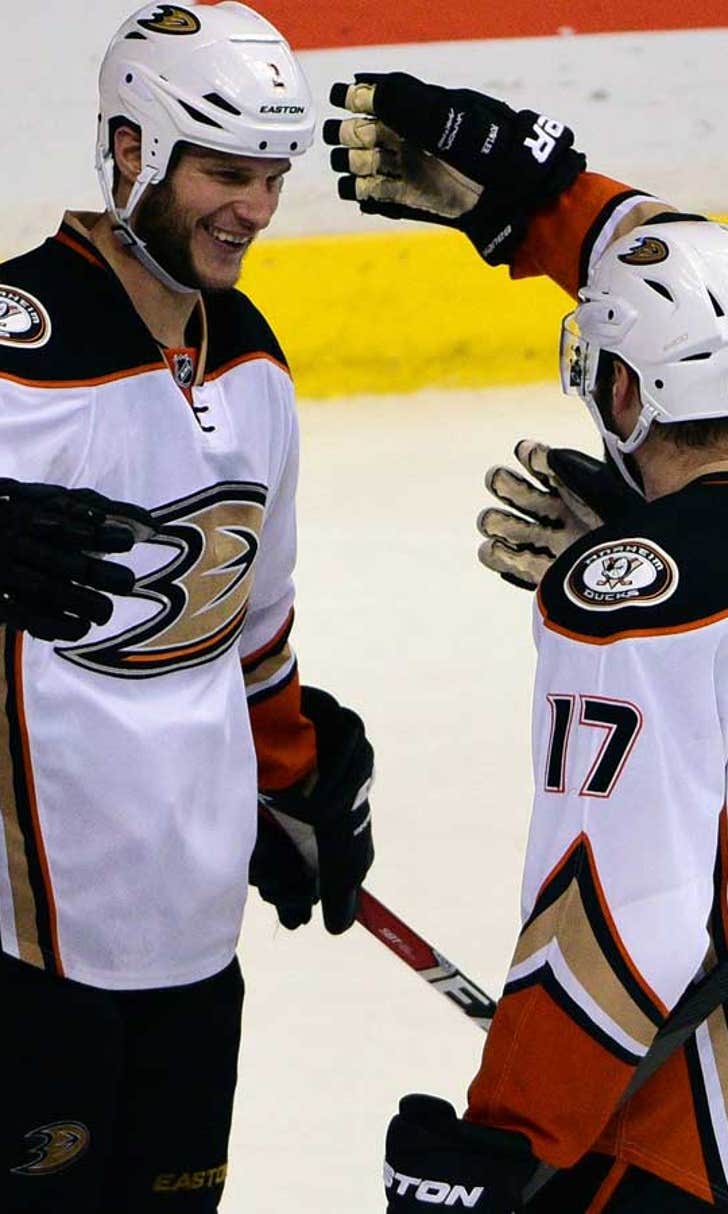 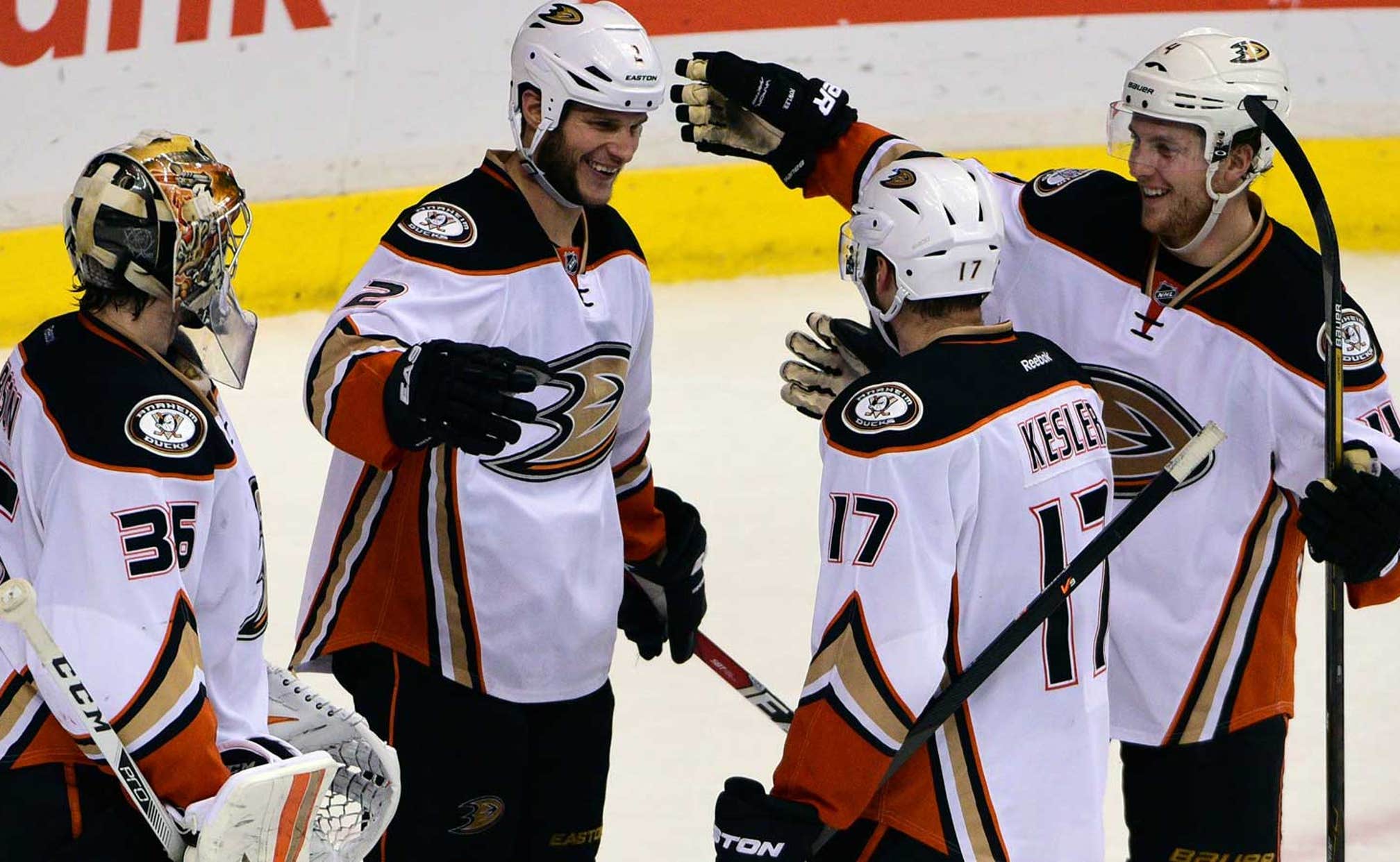 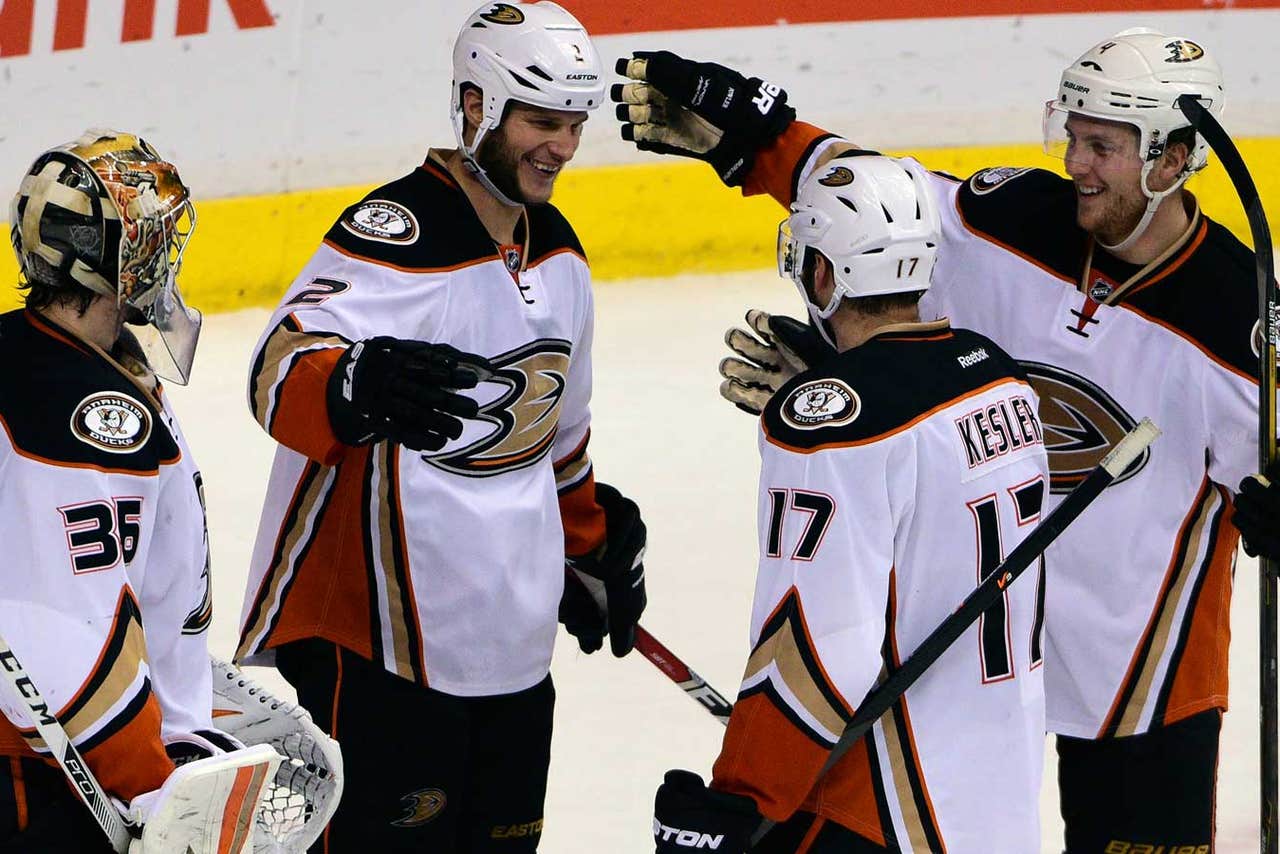 VANCOUVER, British Columbia (AP) -- This has been a productive business trip for the Anaheim Ducks.

Ryan Getzlaf, Rickard Rakell and Sami Vatanen each had a goal and an assist and Anaheim beat the Vancouver Canucks 5-2 on Thursday night to finish a grueling seven-game trip with yet another victory.

Josh Manson and Kevin Bieksa also scored and John Gibson made 19 saves for the Ducks. Anaheim wrapped the trip -- which included over 7,500 miles traveled -- with a 5-1-1 record and improved to 11-1-1 over their last 13 overall.

"I think it's just one of those things when you find your game and you're playing the right way and everyone is on board," Bieksa said. "It took us a while to find of find our team identity."

The Ducks are 18-4-2 since Christmas and sit just two points behind the Los Angeles Kings for first in the Pacific Division after starting the season 1-7-2.

"We're a long ways from being where we want to be in a month from now," Anaheim coach Bruce Boudreau said.

Jannik Hansen and Sven Baertschi scored for Vancouver, and Ryan Miller stopped 28 shots. The Canucks dropped their third in a row -- all at home -- to fall to 0-5-1 over their last six at Rogers Arena. Daniel Sedin added two assists.

The Canucks are eight points back of the second wild-card spot in the Western Conference.

"The job doesn't change," Miller said. "It's frustrating, but you've got to park it. A lot of hard lessons for some guys here, but you've just got to keep going."

The Ducks scored 2:03 into the second period when Rakell jumped off the bench on a change with Anaheim cycling and ripped his 15th of the season shortside on Miller.

Anaheim went up 2-0 at 10:25 when Vatanen took a feed from Getzlaf on the power play and blasted a shot past Miller for his eighth. The goal came just 15 seconds after Vancouver's Adam Cracknell was whistled for delay of game for shooting the puck over the glass.

Getzlaf made it 3-0 with his seventh at 4:14 of the third on a 3-on-1 break. Getzlaf let go a slap shot from inside the faceoff circle with the teams playing 4-on-4 just seconds after Gibson stopped Hansen on a 2-on-1.

Manson then stretched the lead to 4-0 just 27 seconds later by poking a puck behind Miller for his fourth.

Hansen got Vancouver on the board at 6:18 when he tipped Daniel Sedin's feed past Gibson for his 17th, and Baertschi made it 4-2 with his 12th at 11:58 on a power play. Bieksa added his third into an empty net with 2:31 left to deal the Canucks' dwindling playoff hopes another blow.

After coming out flat in back-to-back 5-2 home losses to Toronto and Minnesota, Vancouver had a better start against Anaheim, but the Ducks came closest early when Bieksa's point shot found its way through traffic and hit the post behind Miller.

Gibson then made a nice stop on Daniel Sedin at the other end on a 2-on-1 rush seconds after a Canucks' penalty expired.

Miller was called into action to stop Mike Santorelli on a point-blank chance after a nice feed from Hampus Lindholm off the cycle as the teams went to the locker rooms scoreless.

NOTES: Gibson shut out Vancouver in his only other two starts against the Canucks, including his NHL debut in April 2014. ... Ducks forward Andrew Cogliano played his 679th straight game to tie Canucks captain Henrik Sedin for the sixth-longest ironman streak in NHL history. ... Vancouver visits Calgary on Friday night. Anaheim returns home to host the Flames on Sunday night.