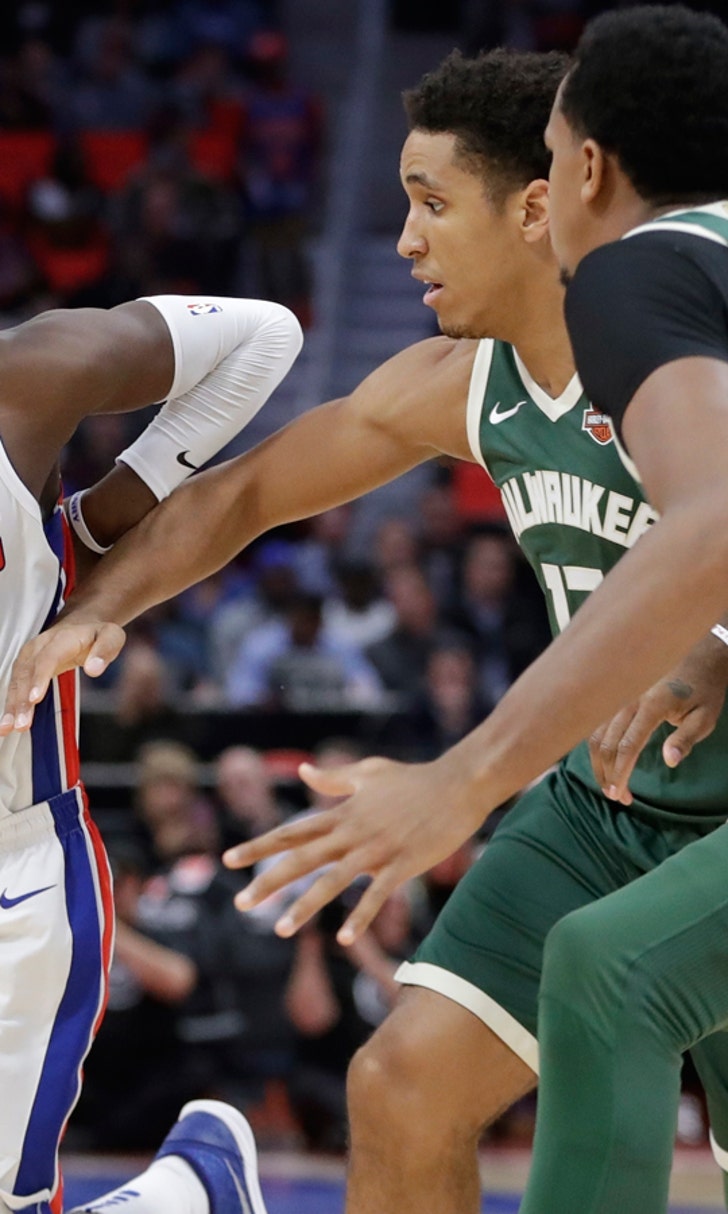 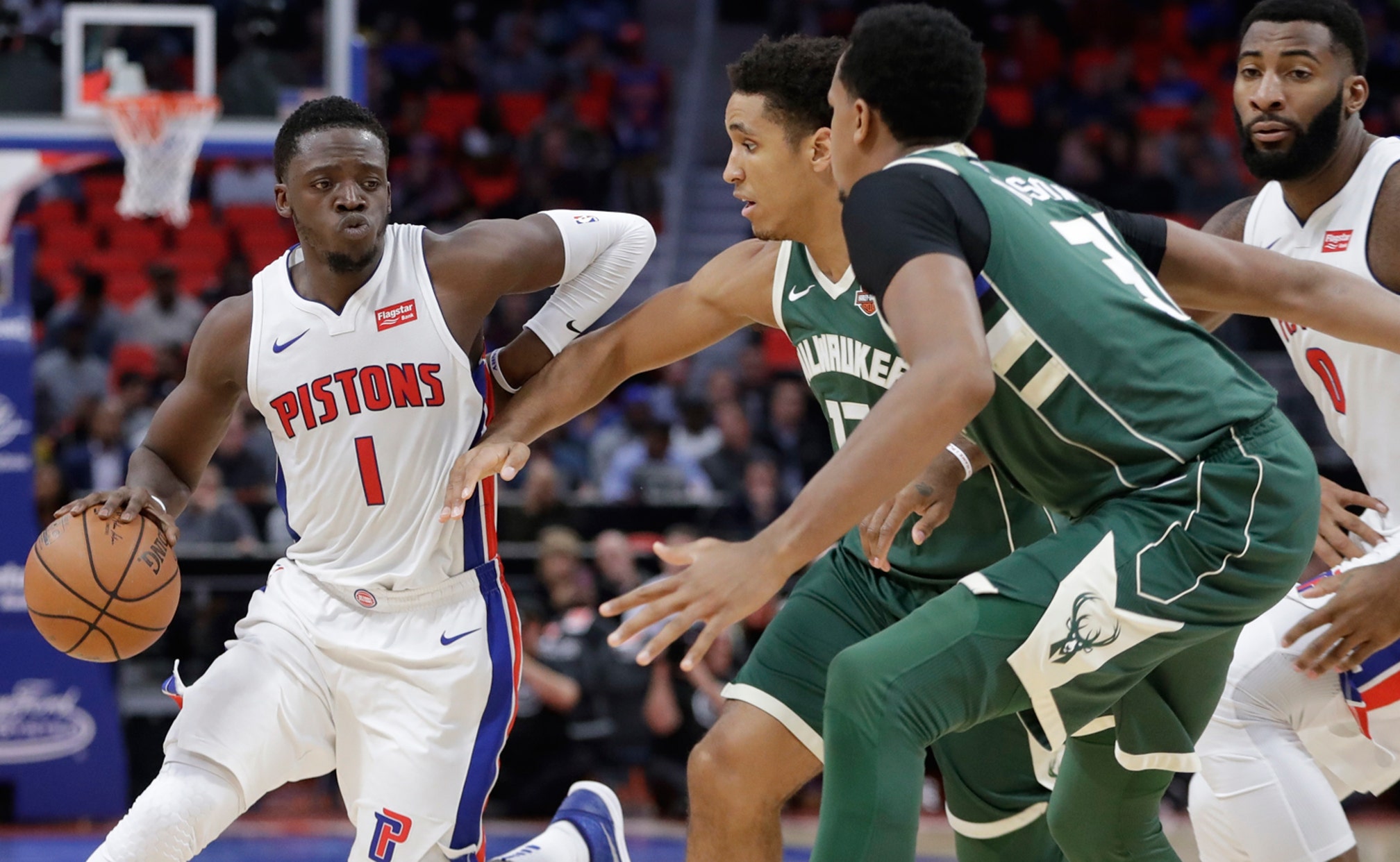 Drummond goes 14-of-16 from line as Pistons beat Bucks 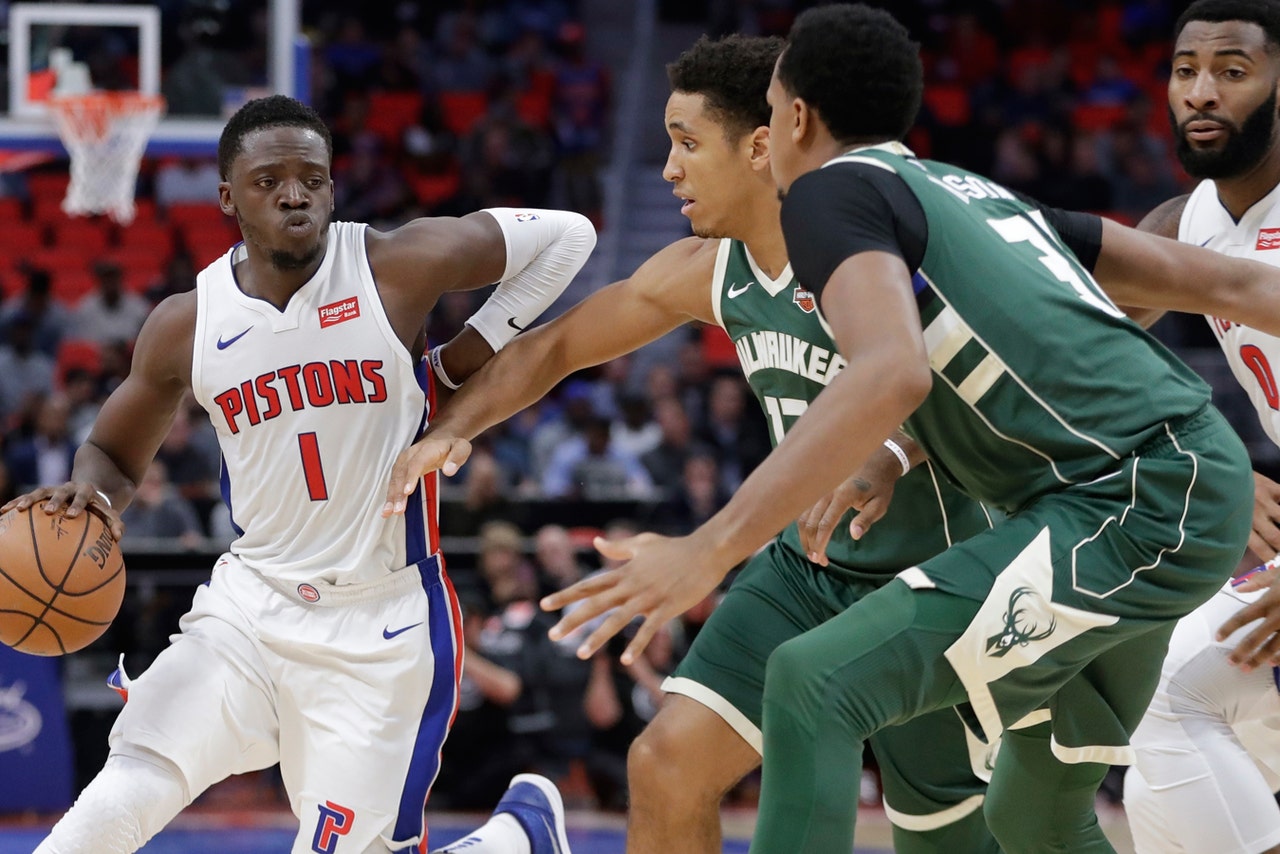 DETROIT (AP) -- The best ovation yet for the Detroit Pistons at Little Caesars Arena came as a result of Andre Drummond's free throw shooting.

"Obviously, their idea was, `We'll just let him catch the ball, and then we'll hammer him,'" Van Gundy said. "I don't think that strategy's going to work this year."

Drummond scored 24 points, going 14 of 16 at the free throw line, and the Pistons took over sole possession of first place in the Central Division with a 105-96 win over the Milwaukee Bucks on Friday night. Drummond scored 14 during a third quarter in which he made 10 of 12 foul shots, quite a showing for a player who is under 40 percent from the line in his career.

It was the most free throws Drummond has made in a game in his career, and he's shooting 78 percent (28 of 36) from the line this season.

"It's just a mental toughness thing," Drummond said. "Being ready all the time to shoot the same shot."

Avery Bradley scored 19 of his 23 points in the first half for the Pistons, who went on a 21-5 run late in the second quarter and led 59-48 at halftime. The lead was 17 early in the third, and Drummond helped hold off the Bucks for the rest of that period.

"Obviously, he really helps the Pistons when he's making free throws," Bucks coach Jason Kidd said. "He's worked hard on it and he's done a nice job of improving that part of his game. He can keep a run going from the line or he can stop an opponent's run, and that's a huge factor given everything else he can do."

"I thought we defended him really well, and then I get the boxscore: 29 points ... four blocked shots," Van Gundy said. "I mean, the guy's just a great, great player."

There have been a surprising number of empty seats in the first season for the Pistons at Little Caesars Arena, and that was the case again Friday. But there were enough fans to create a lively atmosphere, especially as Drummond made free throw after free throw in the third.

In the final seconds of the period, he stole the ball near midcourt and dribbled all the way to the basket before drawing a foul. He waved his hand to ask for more noise, and the crowd obliged.

Detroit, which entered the game tied with Indiana for first place in the Central Division, has won four of five. This was the first game back home for the Pistons after a road trip that included a win at Golden State , and they moved a game ahead of the Pacers.

"We have to get better off the bench, but everyone has to start playing better defense," backup guard Jason Terry said. "We have a few days off coming up, and that's important, because we've lost our defensive principles. We'll start hitting those shots, but you can't win if you don't play defense."

Bucks: Khris Middleton, coming off a 43-point performance Wednesday against Charlotte , scored 16. ... Milwaukee was without Greg Monroe, sidelined because of a left calf strain.

Pistons: Detroit played without Jon Leuer due to a left ankle sprain.

Bucks: At Cleveland on Tuesday night.