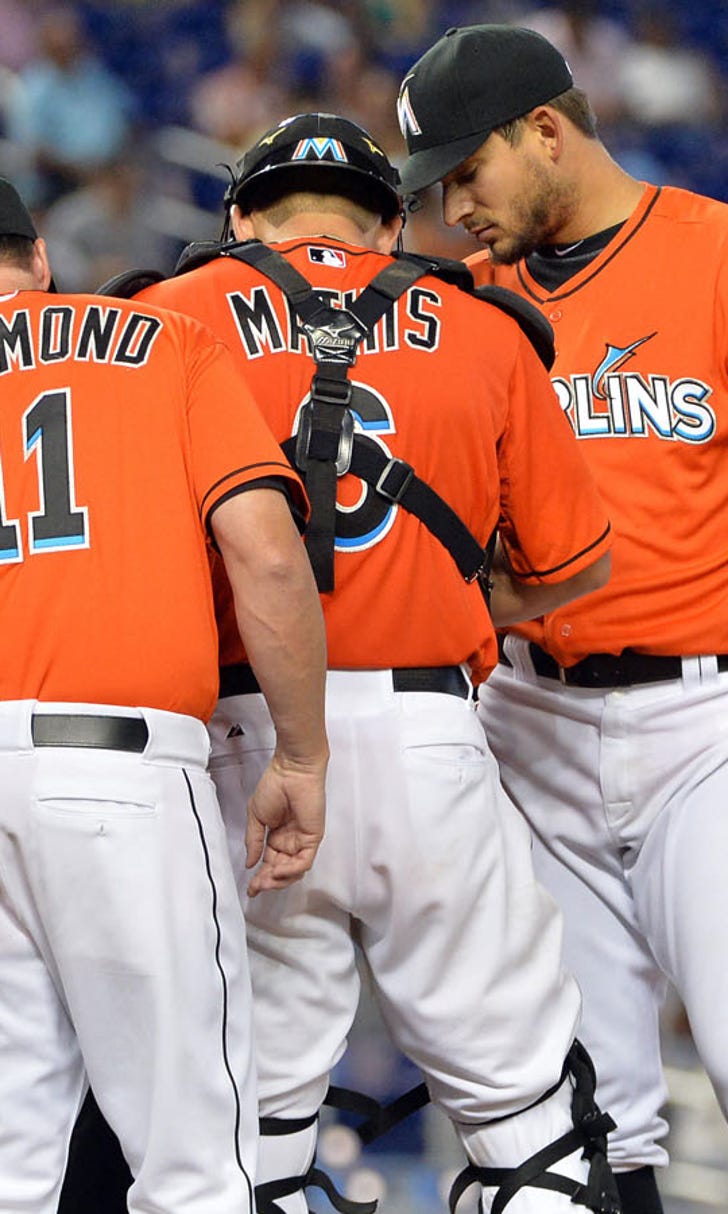 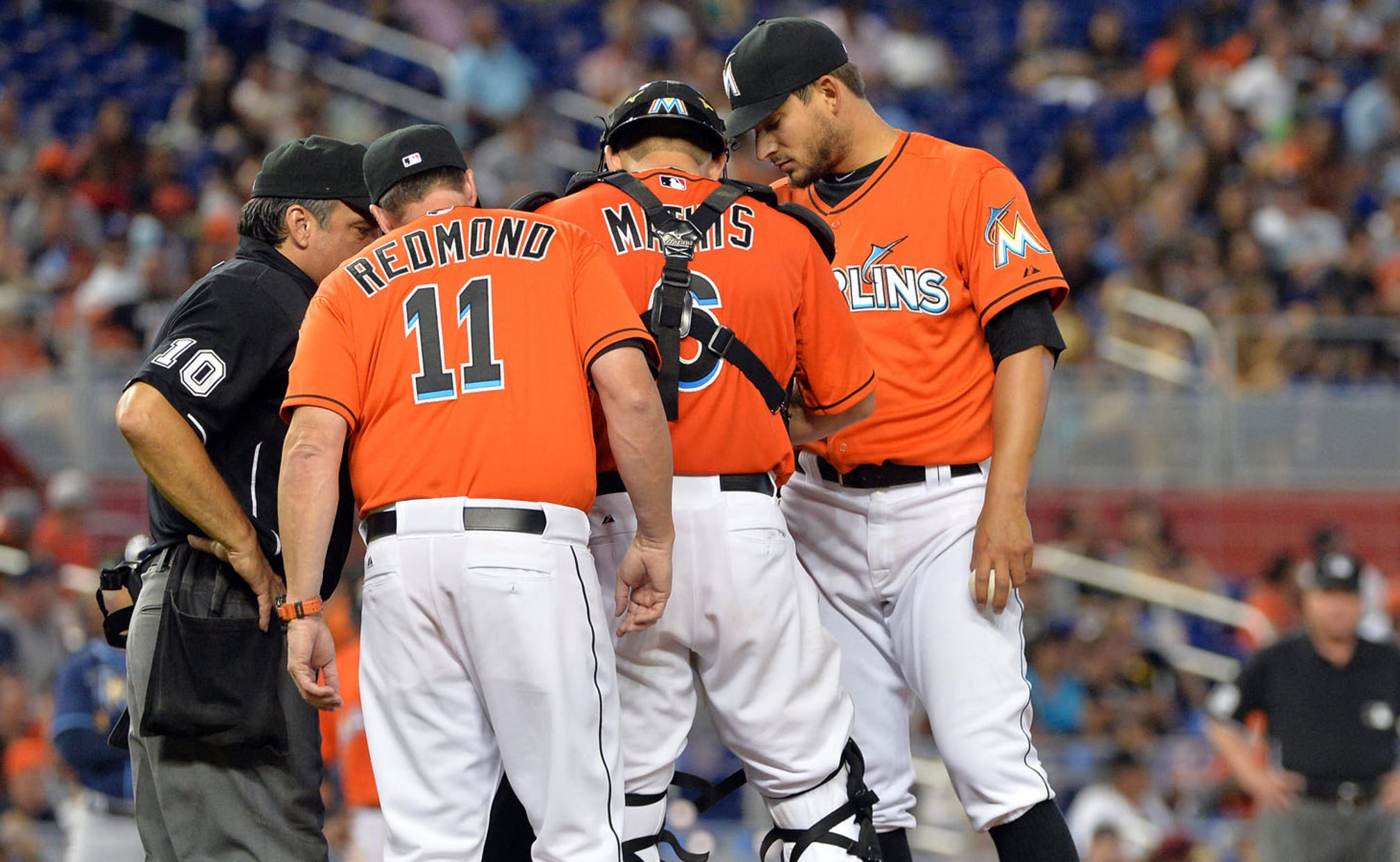 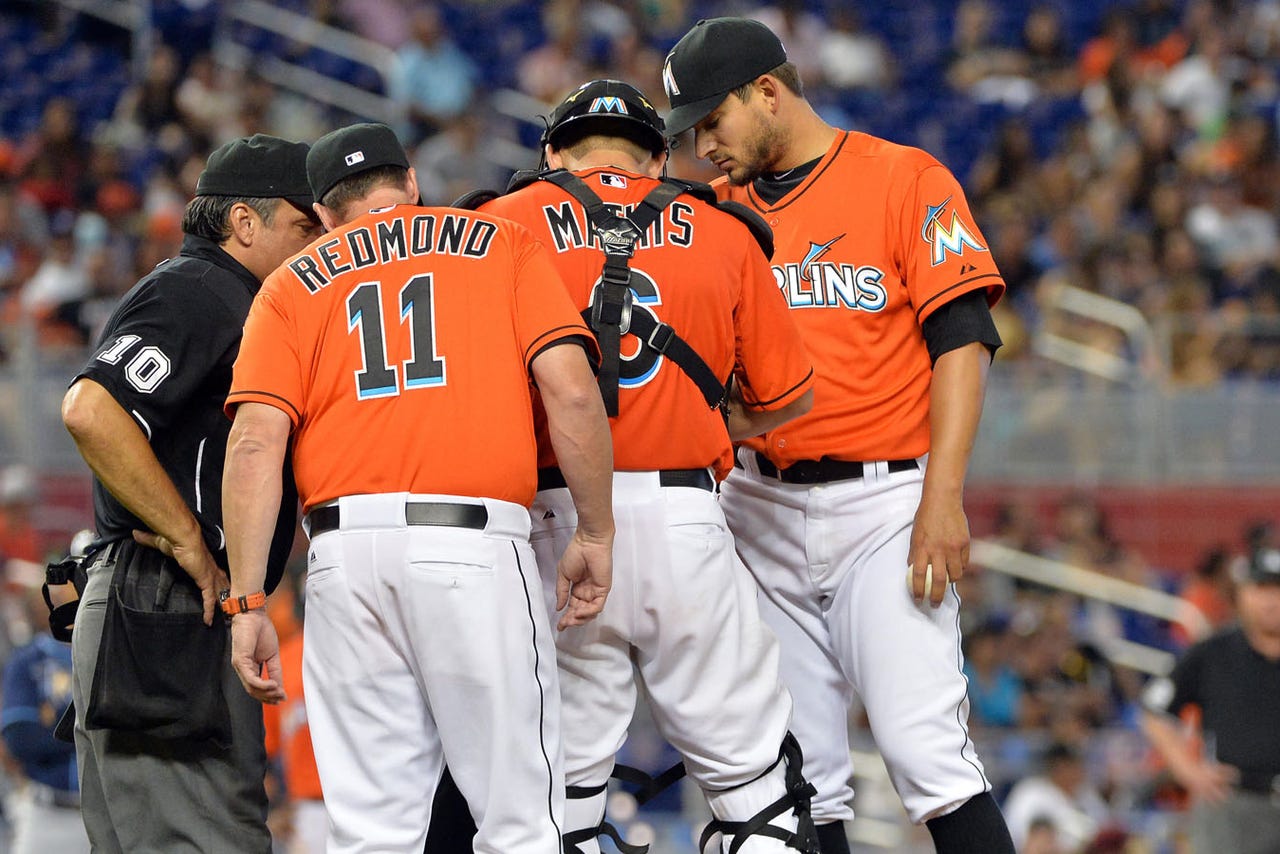 MIAMI --If the injury bug was transferrable from one team to another, the Miami Marlins appeared to have got a little too close to the severely banged-up Tampa Bay Rays on Sunday.

Don Kelly, making a start at third base for the struggling Martin Prado, made what seemed like a pretty routine play fielding a reasonably sharp grounder in the top of the second.

Subsequent replays showed the ball clipped Kelly's ring finger on his throwing hand before going into the glove, a blow that resulted in a fracture and a pretty significant amount of blood.

MLB.com reports that Mathis said after the game he expects to miss 4-6 weeks of action.

Both players will likely land on the 15-day DL, with potential replacements likely to be infielder Reid Brignac and catcher J.T. Realmuto.