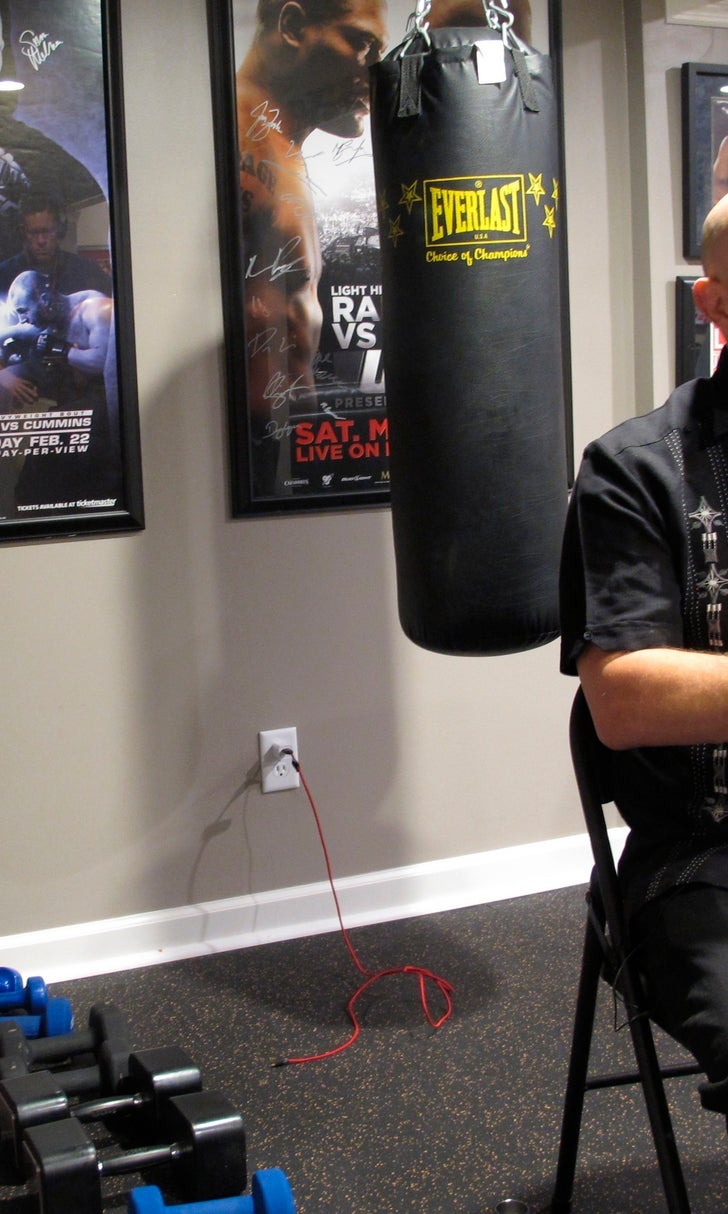 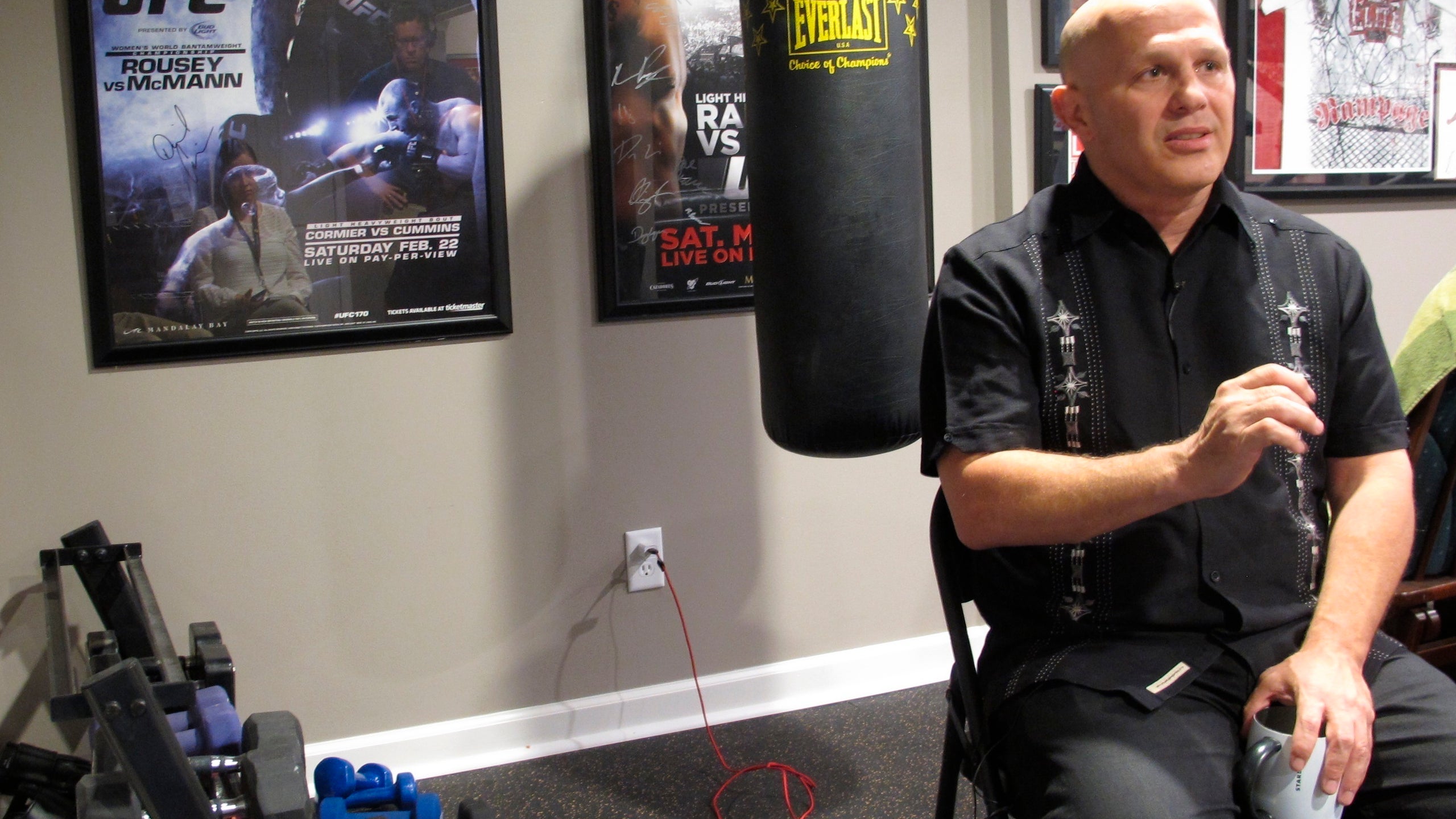 COLUMBUS, Ohio (AP) — Of the 150-plus men alleging two decades of sexual misconduct by a former Ohio State team doctor, ex-wrestler Mike DiSabato has been the loudest, often literally raising his voice with claims of being abused, betrayed by his alma mater and stifled by detractors in a web of connected woes.

DiSabato, whose allegations helped spur the ongoing investigation about the late Dr. Richard Strauss, is a pit bull about defending his own claims and character when he considers them under attack. In recent months, that has alienated former teammates and allies, drawn questions about his motives and bumpy business and legal history with the university, and even landed the whistleblower in jail in a tangential harassment case.

Nonetheless, the allegations DiSabato started raising last spring are now the subject of a law firm's investigation for the university; a U.S. Department of Education Office for Civil Rights investigation; two federal lawsuits with dozens of plaintiffs; and conversations by middle-aged men reevaluating whether Strauss encounters they joked about in college locker rooms or mentally buried for years were actually sexual abuse.

"I'm not going to let them put a scarlet X over my varsity O," DiSabato said, patting the gray logo on the letter jacket he wears.

No one has publicly defended Strauss, who killed himself in 2005. Strauss' family has said only that they were shocked at the allegations, which span 1979 to 1997 and include athletes from at least 16 sports .

"Sometimes his being loud, you know, helped push the envelope early on when we needed it," said Brian Garrett, who says he witnessed and experienced sexual misconduct by Strauss while briefly working at his off-campus clinic in 1996.

If not for DiSabato, other alumni might not have realized similarities in their experiences with Strauss, said Steven Snyder-Hill, who made a documented complaint after being examined by the doctor at the student health center in 1995.

Garrett, who didn't know DiSabato previously, disagrees with the ex-wrestler's fight-on-all-fronts style. But Garrett said his belief in DiSabato's claims about being fondled by Strauss in exams isn't shaken by other bits of DiSabato's life that complicate his reputation.

He sometimes seems erratic. When he talks about Strauss — in interviews, public statements, comments to federal investigators , middle-of-the-night emails to friends and media and lawyers he doesn't seem to trust — he often rambles into other claims that he considers related: misdeeds in the wrestling world, exploitation of college athletes, conspiracies and cover-ups.

DiSabato also talks about the scrutiny his unrepentant outspokenness induces. It echoes the kind of costs voiced by headline accusers such as actress Rose McGowan, who lamented being gaslighted by Harvey Weinstein, or Andrea Constand, who recalled being cast as "a gold-digger, a con artist, and a pathological liar" before Bill Cosby was convicted of sexually assaulting her.

DiSabato said that he has bipolar disorder and post-traumatic stress disorder, and that his battles with Ohio State have exacerbated his depression.

Critics question whether his past beefs with Ohio State, including it ending an apparel licensing deal with a business he had, were factors in his decision to speak up about Strauss.

In the harassment case that got him jailed for 12 days before he pleaded no contest and got probation, DiSabato is accused of sending harassing messages to a university-affiliated administrator who publicly criticized his character and questioned his motives. DiSabato contended he was the one being harassed.

Some people question whether his motives are political — a point particularly in focus last summer when DiSabato and other ex-wrestlers alleged that Republican U.S. Rep. Jim Jordan knew Strauss was groping athletes back when Jordan was an assistant coach at Ohio State. Jordan denied knowing of abuse, and other former wrestlers mustered a public-relations wave of comments defending the congressman, joined by a former teammate's widow who characterized DiSabato as a bully with a "displaced personal vendetta."

DiSabato, the sixth of nine kids from an Italian Catholic family in Columbus with deep ties to wrestling, said he's standing up for himself and for accountability at Ohio State, where he competed in the late 1980s and sent two of his own children to study.

So how much do his motives matter in assessing his claims? That's a classic conundrum with whistleblowers, said Richard Moberly, the University of Nebraska law college dean who has researched related legal matters.

It's common, Moberly said, that observers consider not just the facts of alleged misconduct, but also the motives and character of the person reporting it.

"Whistleblowers come in all shapes and sizes and all different personalities, but it does take a certain amount of courage to stand up in that way and to continue to fight," he said.

Ohio State won't comment about DiSabato but has said it is grateful to alumni coming forward with allegations about Strauss.

DiSabato acknowledges his style puts even fellow accusers in an awkward position at times, but he said he doesn't regret his approach.

"I know I make it difficult for everyone," he said, "but that's what whistleblowers do."