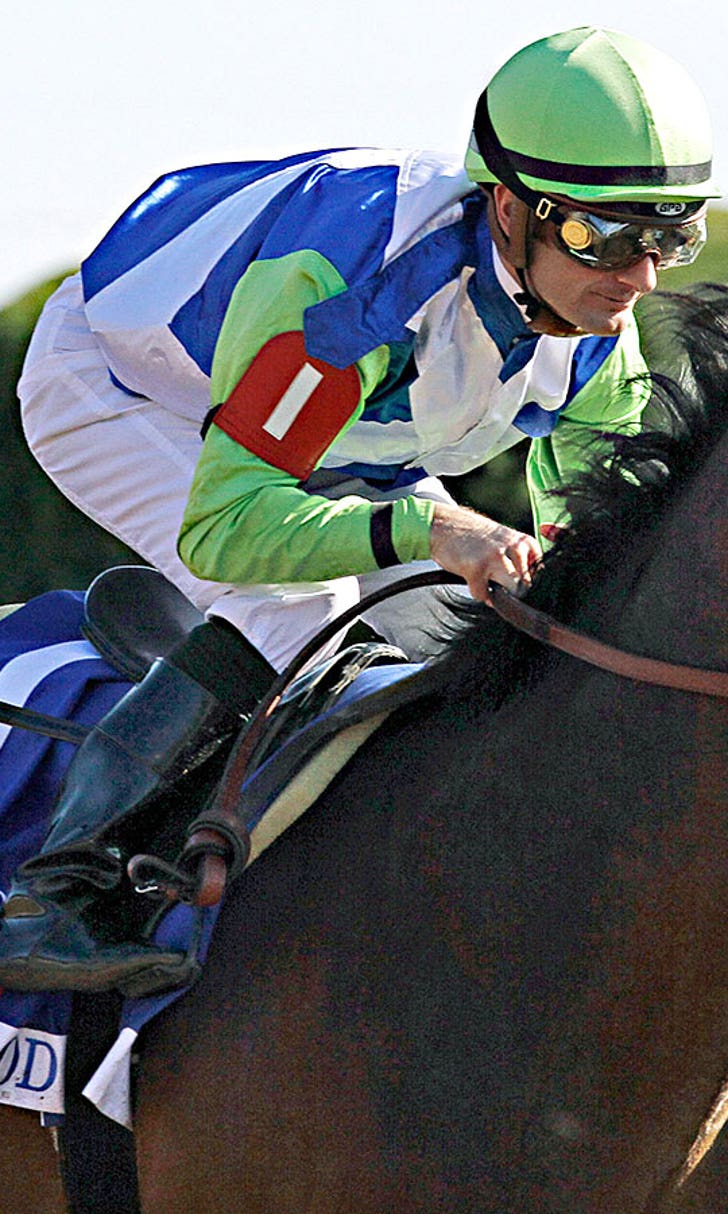 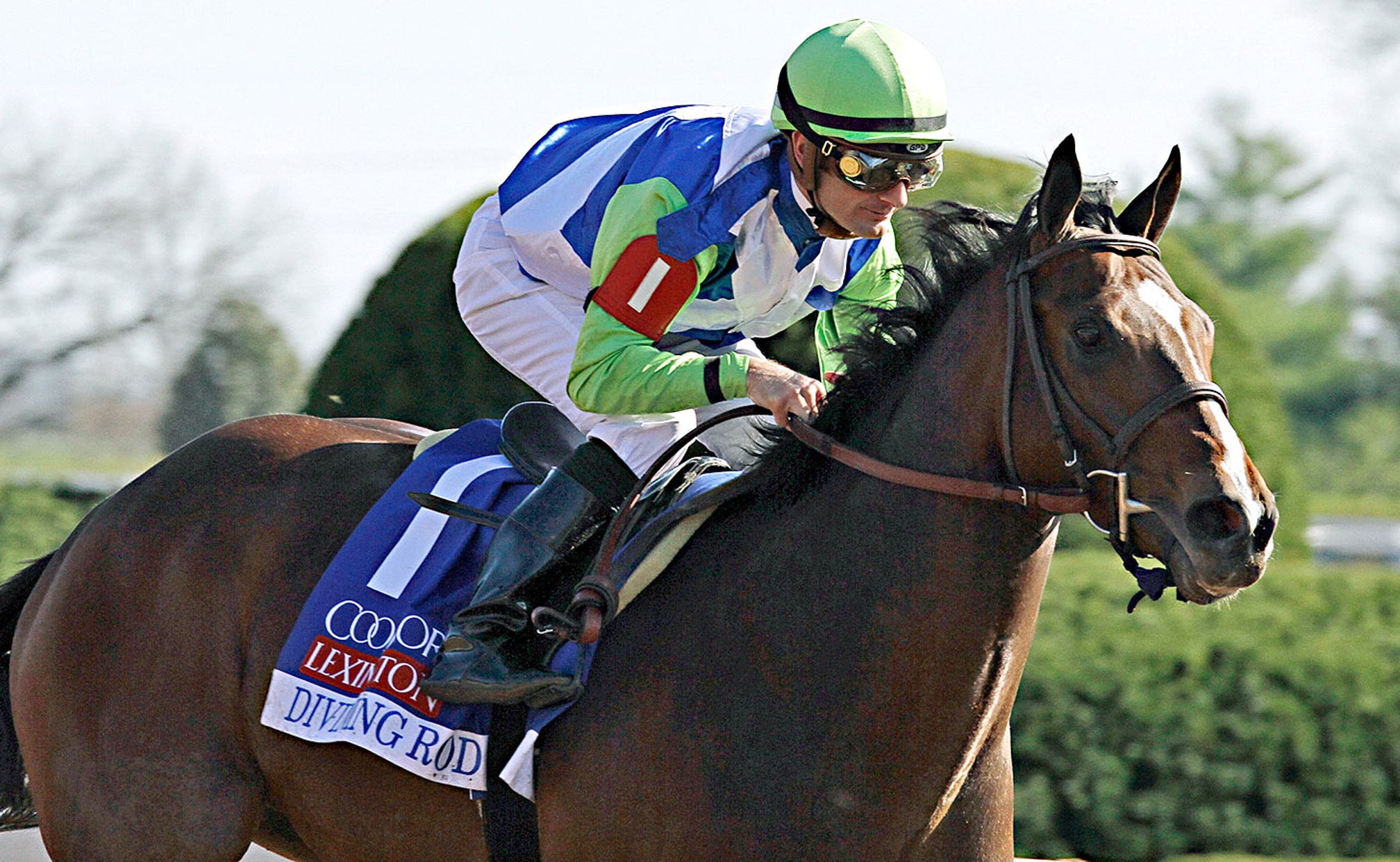 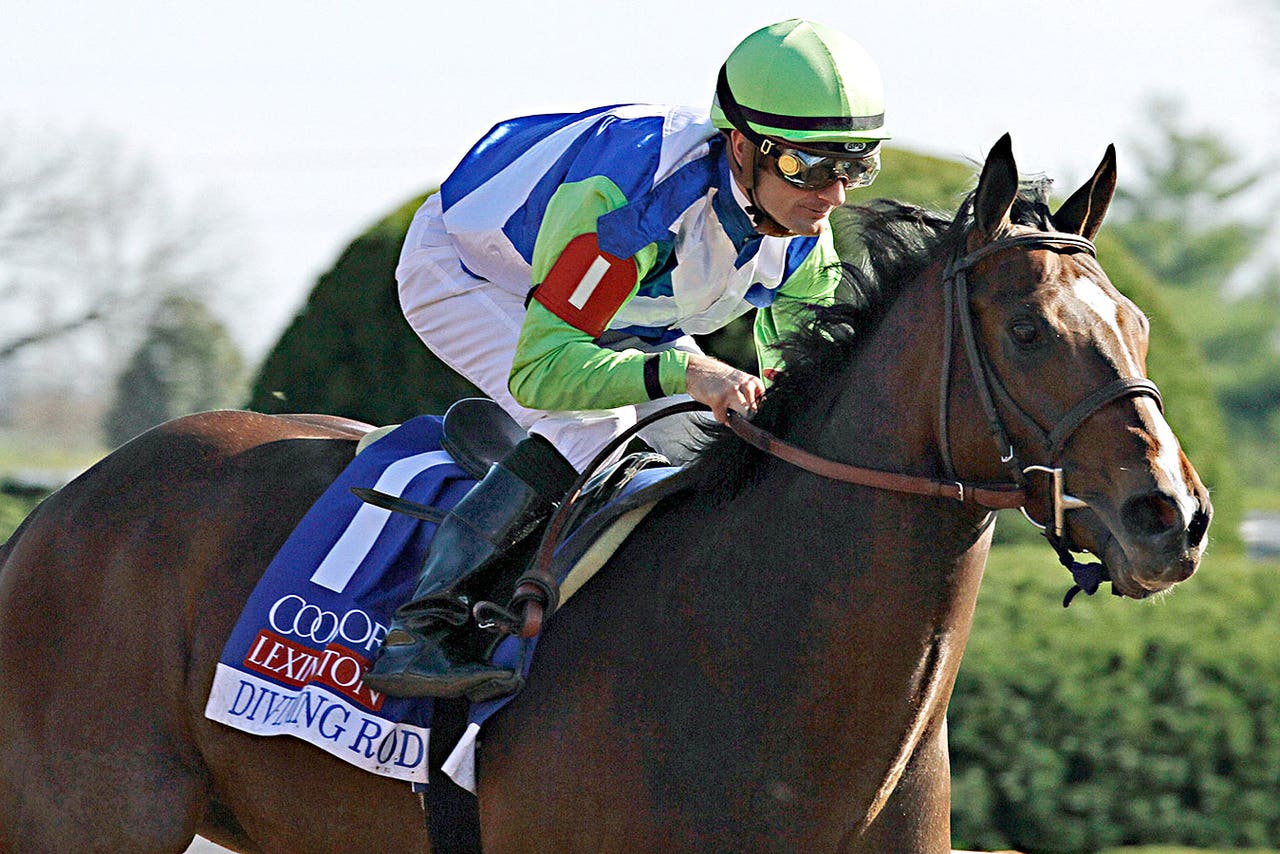 Divining Rod's points standing puts him just outside the cutoff for the Kentucky Derby that goes off three weeks from now at Churchill Downs.

Being part of the field will require some reshuffling among the hopefuls and a quick recovery by Divining Rod, but trainer Arnaud Delacour said nothing's out of the question after the dark brown colt's convincing victory Saturday in the $250,000 Coolmore Lexington at Keeneland.

Divining Rod took charge entering the stretch to win the Grade 3 race, good enough for 10 more points that gave him 20 overall toward the May 2 Run for the Roses and put him in a six-way tie for 23rd place. The Derby is limited to the top 20 points earners.

''We'll have to see how he comes back,'' Delacour said. ''We'll make up our minds after that. One race at a time. We'll consider it for sure.''

Divining Rod provided something to think about with his first graded stakes victory.

He kept pace with the leaders early off the rail before surging forward on the far turn. Divining Rod then moved past Fame and Power and Donworth in the stretch to win by three lengths.

''We knew there were a couple of horses with speed in there and we wanted to teach him something,'' said Leparoux, who earned his third Coolmore Lexington win in five years. ''He was very proficient and very relaxed behind. The dirt didn't bother him at all, and he finished up very strong.''

Divining Rod won his November debut by 2 3/4 lengths at Laurel Park and entered the Coolmore Lexington with a second and two third-place efforts at Tampa Bay Downs. The $150,000 victory boosted his career earnings to $249,800.

''It was a good trip,'' Donworth rider Joel Rosario said. ''He didn't break (from the gate) that sharp. He's a big horse and he cannot get out of the gate very quick. He took me right away to follow the leader. He was going nice and easy, nice and comfortable. He ran good.''