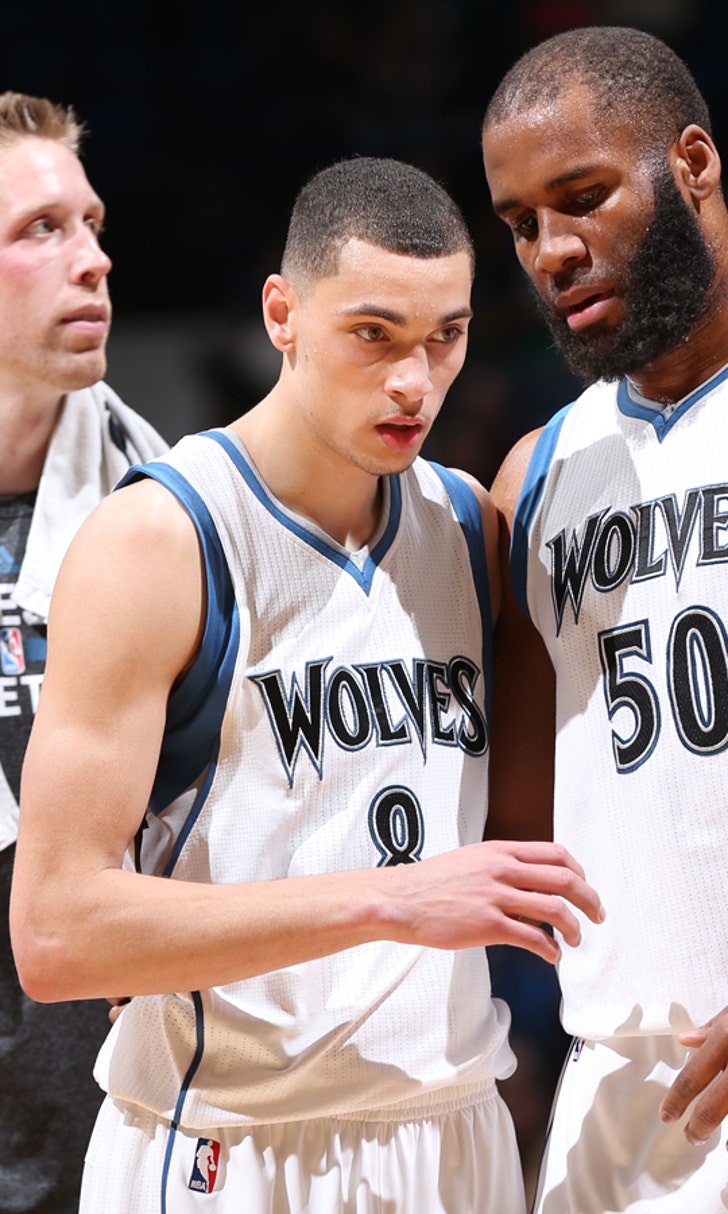 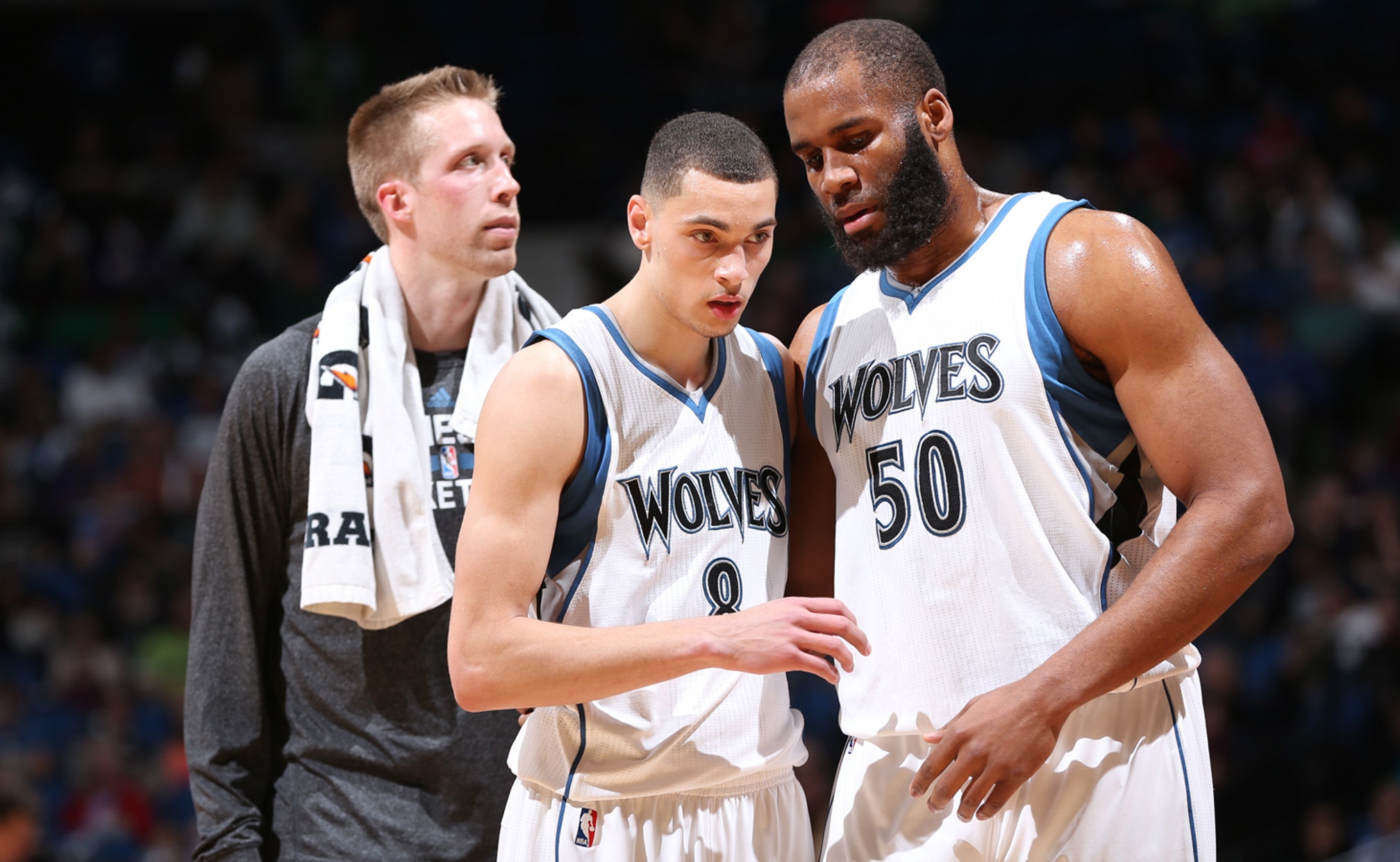 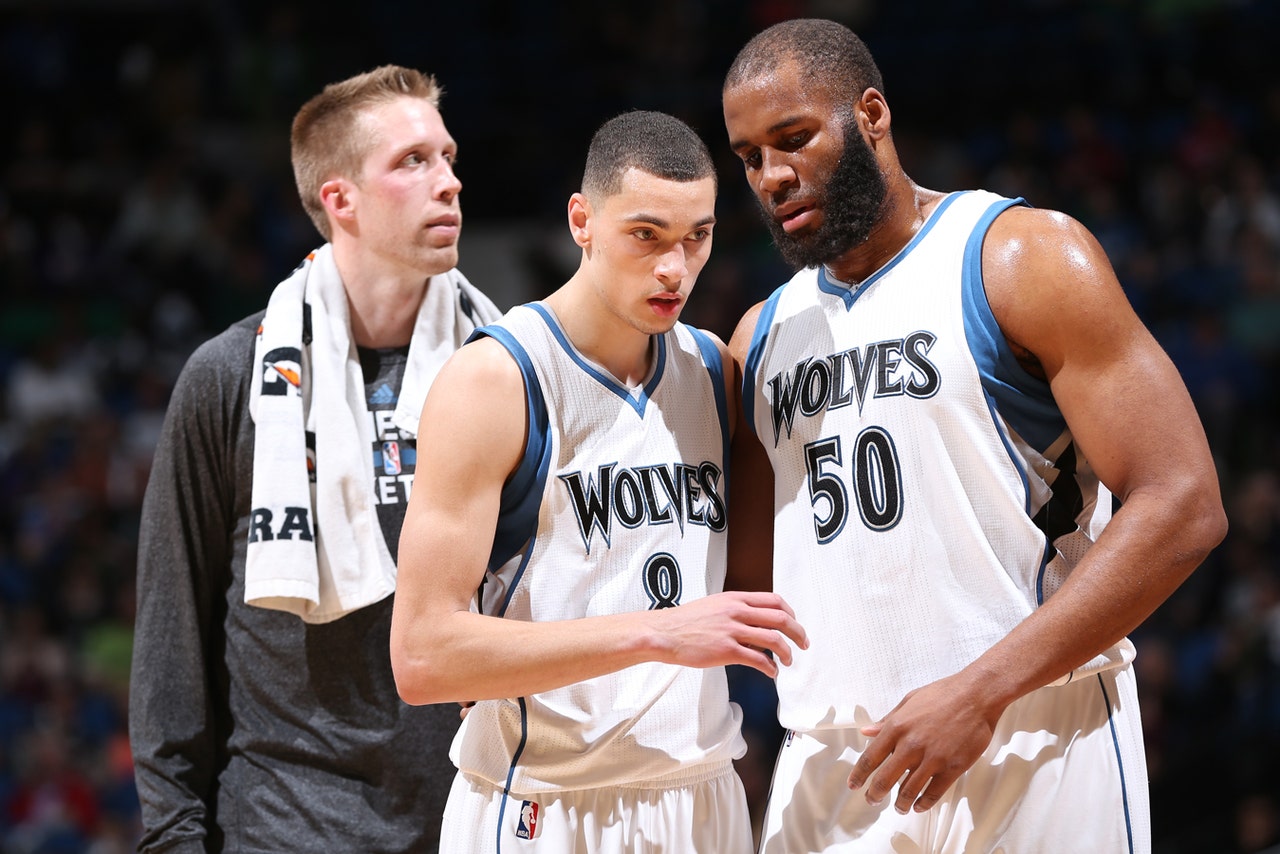 MINNEAPOLIS -- Anthony Davis and the New Orleans Pelicans have been fighting for their playoff lives for more than a month.

After dispatching the lowly Minnesota Timberwolves on Monday night, they have one round left. Against the defending champions, no less.

Davis had 24 points, 11 rebounds and six blocks to move the Pelicans one step closer to a playoff berth with a 100-88 victory over the Timberwolves.

Tyreke Evans and Eric Gordon scored 22 points apiece for the Pelicans (44-37). Their magic number for clinching a playoff spot in the rugged Western Conference has been reduced to one. They have the same record as Oklahoma City, but hold the tiebreaker heading into the season finale Wednesday against San Antonio.

"Honestly, we thought we'd be in the playoffs. We had injuries and close games, but we wouldn't want it no other way," Davis said. "We've fought through adversity since I've been here. It's just another test for us, and I think we'll be able to handle it."

Zach LaVine had 24 points, seven assists and five rebounds for the Timberwolves (16-65), who were down to six healthy players at the end of the game. After the New York Knicks (17-64) beat Atlanta on Monday night, the Wolves now have the worst record in the league.

The Thunder defeated Portland on Monday night to ensure they would enter the season finale at Minnesota on Wednesday with their playoff hopes alive. But a win for the Pelicans over the Spurs or a loss by the Thunder would put the budding superstar Davis in the playoffs for the first time in his three-year career -- and the franchise there for the first time since 2011, when it still went by the nickname Hornets.

It won't be easy, with the Spurs more closely resembling the team that steamrolled the league on its way to a fifth title last summer, and the short-handed Timberwolves, who have lost 11 straight, hardly equipped to give the Thunder much of a test.

"We get to play the champs on our home floor," coach Monty Williams said. "Our crowd should be crazy and our guys should have a good time with it."

Williams said before the game he thought a young team short on playoff experience was pressing with a berth within reach. The Pelicans gave up 69 points in the second half of a loss to Houston on Sunday and looked tight in the early going against a Wolves team playing with only eight healthy players for about a month.

New Orleans led 22-20 after the first quarter and it was tied early in the second period before Davis took over. He knocked down a jumper, assisted on two 3-pointers and had an emphatic swat of a dunk attempt by Adreian Payne in a breathtaking final six minutes of the half.

Emboldened by their 22-year-old leader, the Pelicans finished the half on a 24-9 surge for some much-needed breathing room.

The Timberwolves trimmed the deficit to single digits with three minutes to go in the fourth period. But they didn't have enough left after Chase Budinger departed with a sprained left ankle. Budinger finished with 18 points and eight rebounds.

"It was just an up-and-down game," said LaVine, who was 8 for 24 from the field. "A lot of in-and-outs. But I'm a confident person. If I get the shots, I feel like I can make them so I'm going to shoot them."

A loss to the Thunder on Wednesday would give the Wolves the best odds of winning the NBA draft lottery. Finishing with the worst record would give them a 25 percent chance at the No. 1 pick. Minnesota has never drafted first overall.