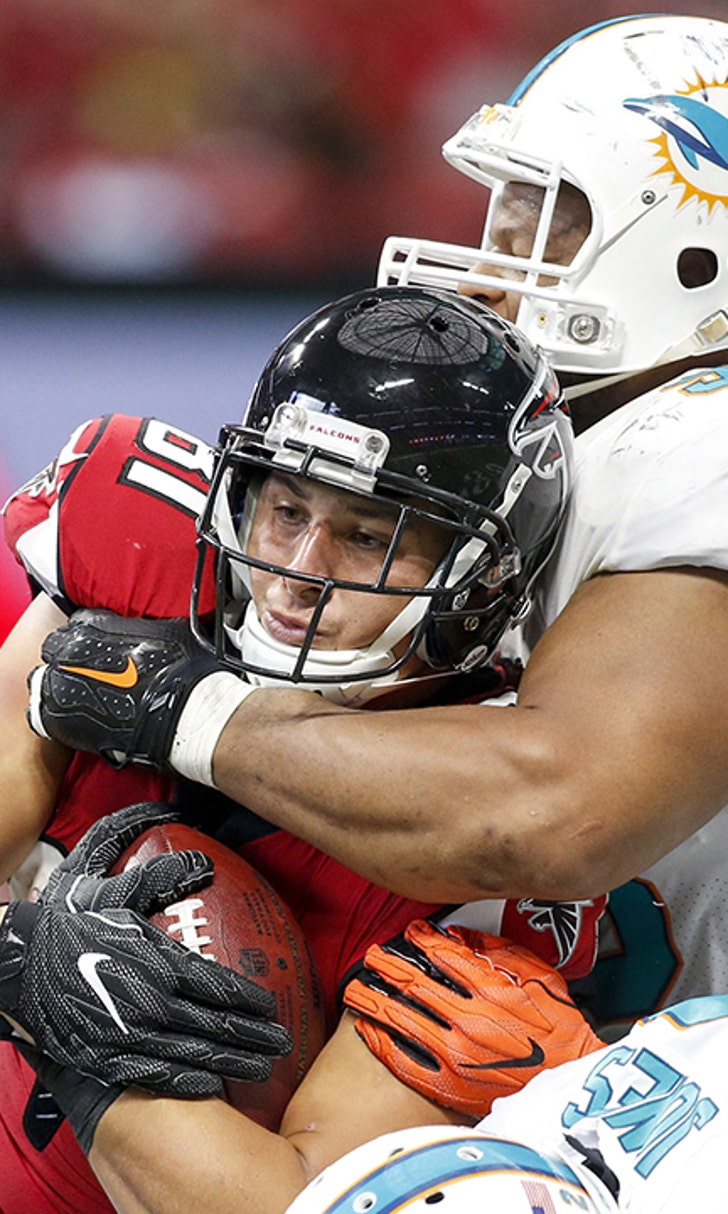 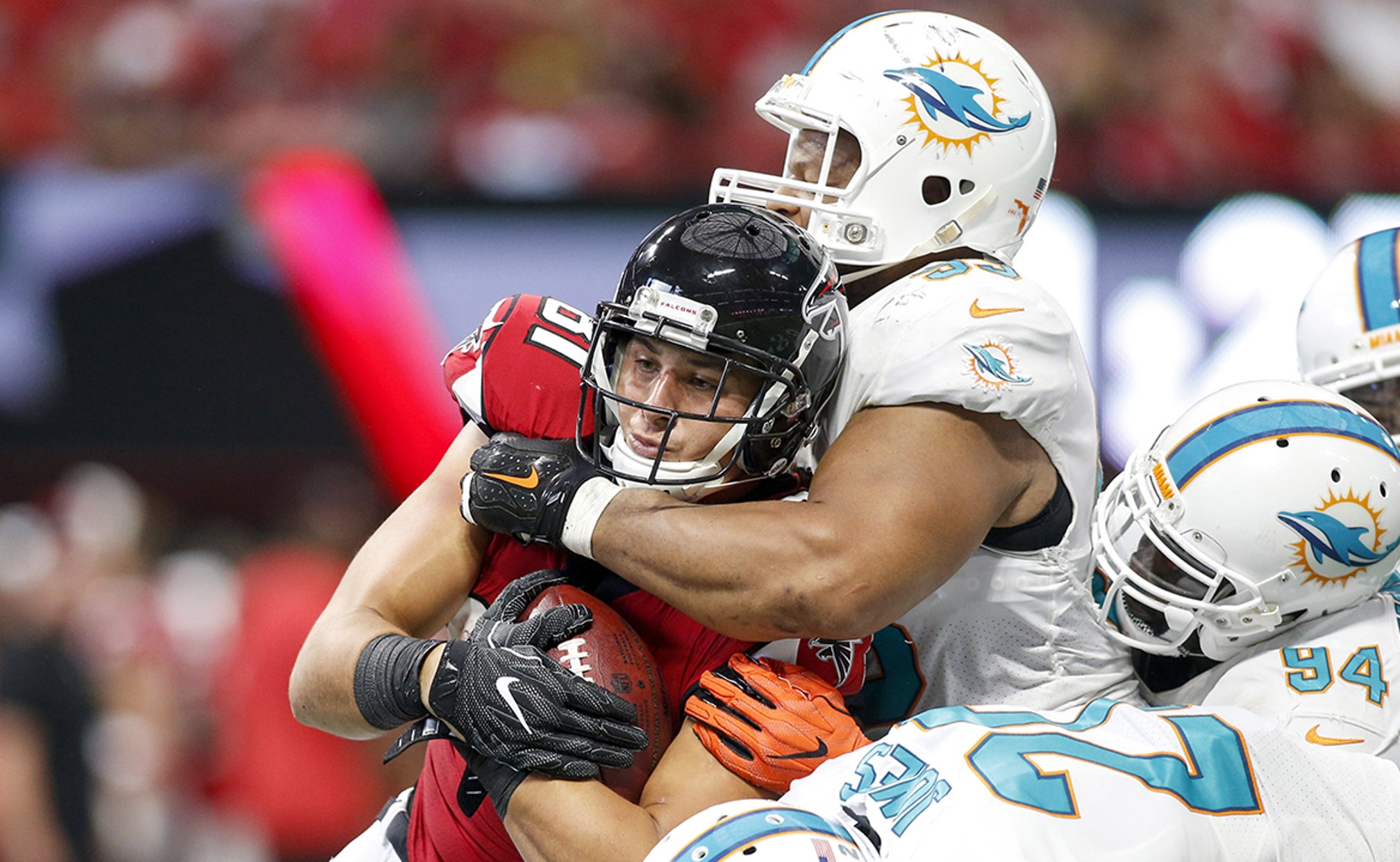 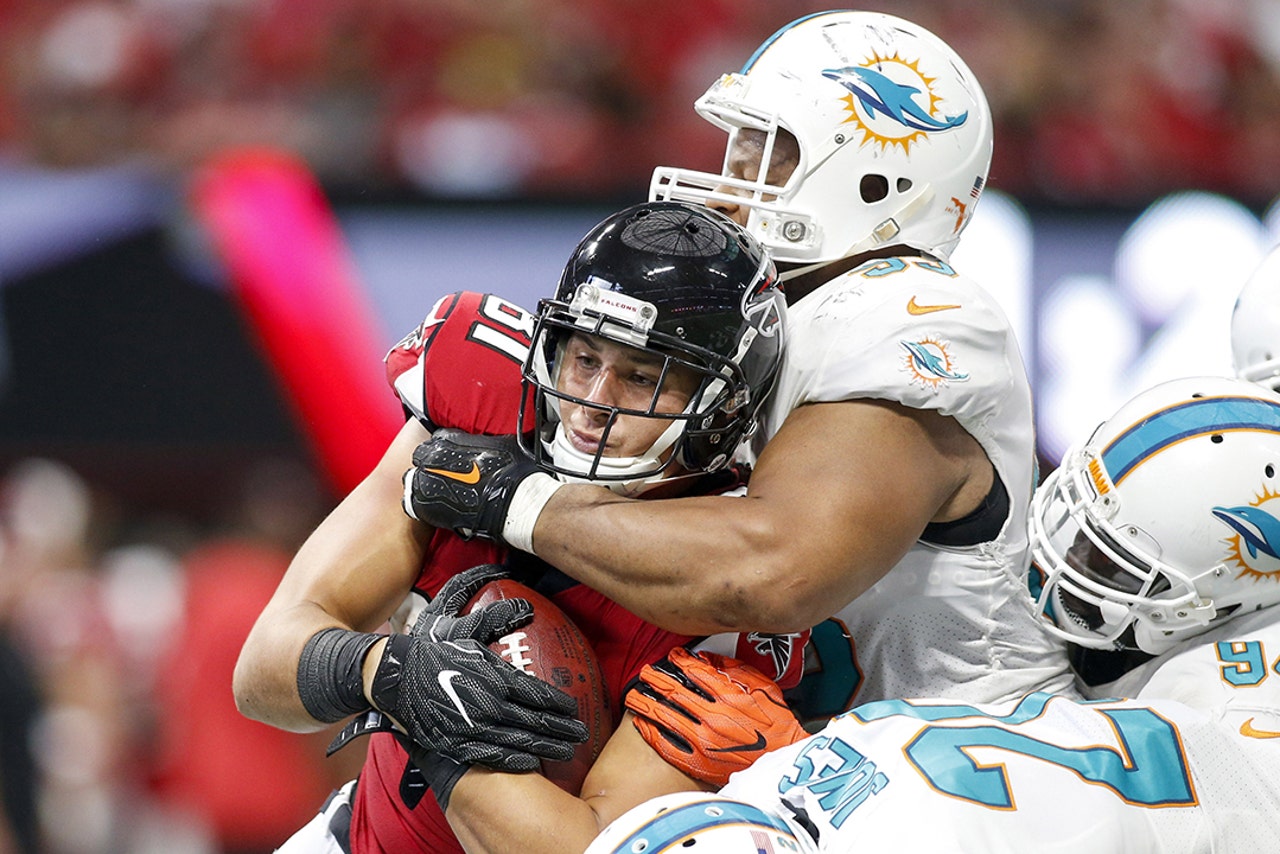 DAVIE, Fla. (AP) -- Ndamukong Suh, a friend of billionaire Warren Buffett who knows a thing or two about investing, declines to offer a prediction about the Miami Dolphins' fortunes.

Five games into the season, the Dolphins (3-2) could still go either way. But their Suh-anchored defense is definitely on the upswing.

Miami ranks in the top five in the NFL in points, yards and first downs allowed. A balanced and deep defense has kept the Dolphins in the AFC East race even though they've scored just 61 points, by far the fewest in the league.

While coach Adam Gase has been searching for ways to get the offense going, from the defense he just wants more of the same.

"It's all about staying healthy at this point," Gase says.

Stingy D is a big change for the Dolphins, who made the playoffs last season despite allowing a franchise-record 6,122 yards. This season they've held every opponent under 21 points, and in last week's comeback win they pitched a second-half shutout against the Atlanta Falcons.

On Sunday the Dolphins tackle the New York Jets.

"They've been playing really well," Jets tight end Austin Seferian-Jenkins says. "Their linebackers are great, their D-line is great and their secondary is great, so we've got our hands full."

New York beat Miami 20-6 in Week 3, but the Dolphins were short-handed in that game and now have four different defensive starters.

They're especially strong up front, where five-time Pro Bowl linemen Suh and Cameron Wake lead the charge. The back end is led by big-play safety Reshad Jones, who has three of the team's four takeaways. Third-round draft pick Cordrea Tankersley and second-year veteran Xavien Howard have clamped down at cornerback.

The unit's newest star is first-year coordinator Matt Burke, a former Dartmouth safety who mixes a fiery demeanor with an attention to detail. Burke was promoted from linebackers coach to replace Vance Joseph, now the head coach at Denver.

"I'm just trying to put the guys in good position to make plays, man," Burke says. "The guys have bought into the big picture. I preach a lot that everything matters -- every play, every rep in practice, every little technique. They're really dialed in. It has been good to see."

The defense's biggest improvement this season has been against the run. Last season the Dolphins allowed 4.8 yards per carry, worst in the NFL, and this season they rank seventh at 3.5.

The line has been bolstered by the addition of three rookies -- first-round draft pick Charles Harris, fifth-round choice Davon Godchaux and sixth-round selection Vincent Taylor. They were on the field together at times during last week.

"I honestly don't think about it," Burke says. "That shows the progress of those kids."

Suh has been a mentor to the rookies, blossoming as a leader at age 30.

"Probably more than I've ever seen him, he's really trying to help those guys," Burke says. "I think he sort of sees where he is in his career and thinks, 'Another way I can help is to keep my legacy going with some of these guys and help them become good players.'"

Suh continues to draw a double team on almost every play, leaving linebackers to make a lot of tackles, which they're doing.

Veteran newcomers Lawrence Timmons and Rey Maualuga have joined Kiko Alonso to give Miami its most experienced and talented linebacking group in at least five years.

Is it a championship defense? Burke recoils from the suggestion, noting there's plenty of room for improvement. He wants to see tighter pass defense, more takeaways, and fewer missed tackles and chunk plays.

And he wants to see a better performance against the Jets.

"These guys beat us pretty good last game," he says. "We definitely have not played our best game by far. By far. We're not thinking about defensive stats or championships or any of that. We're trying to win a game."