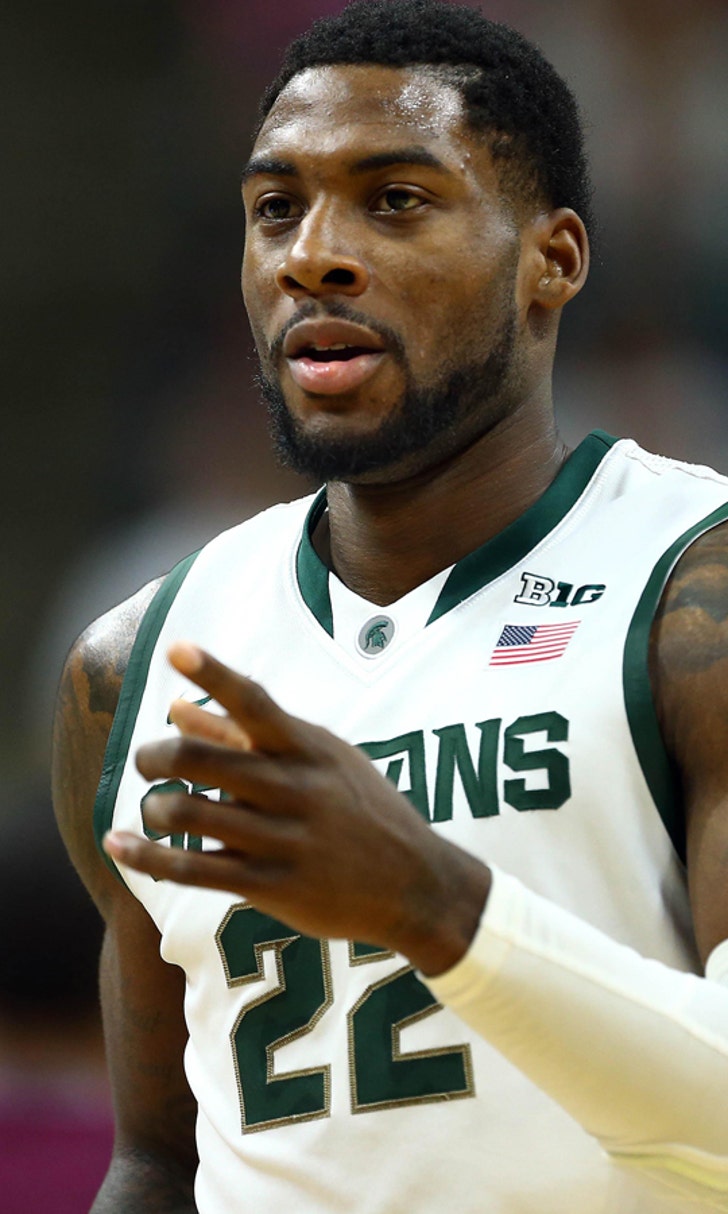 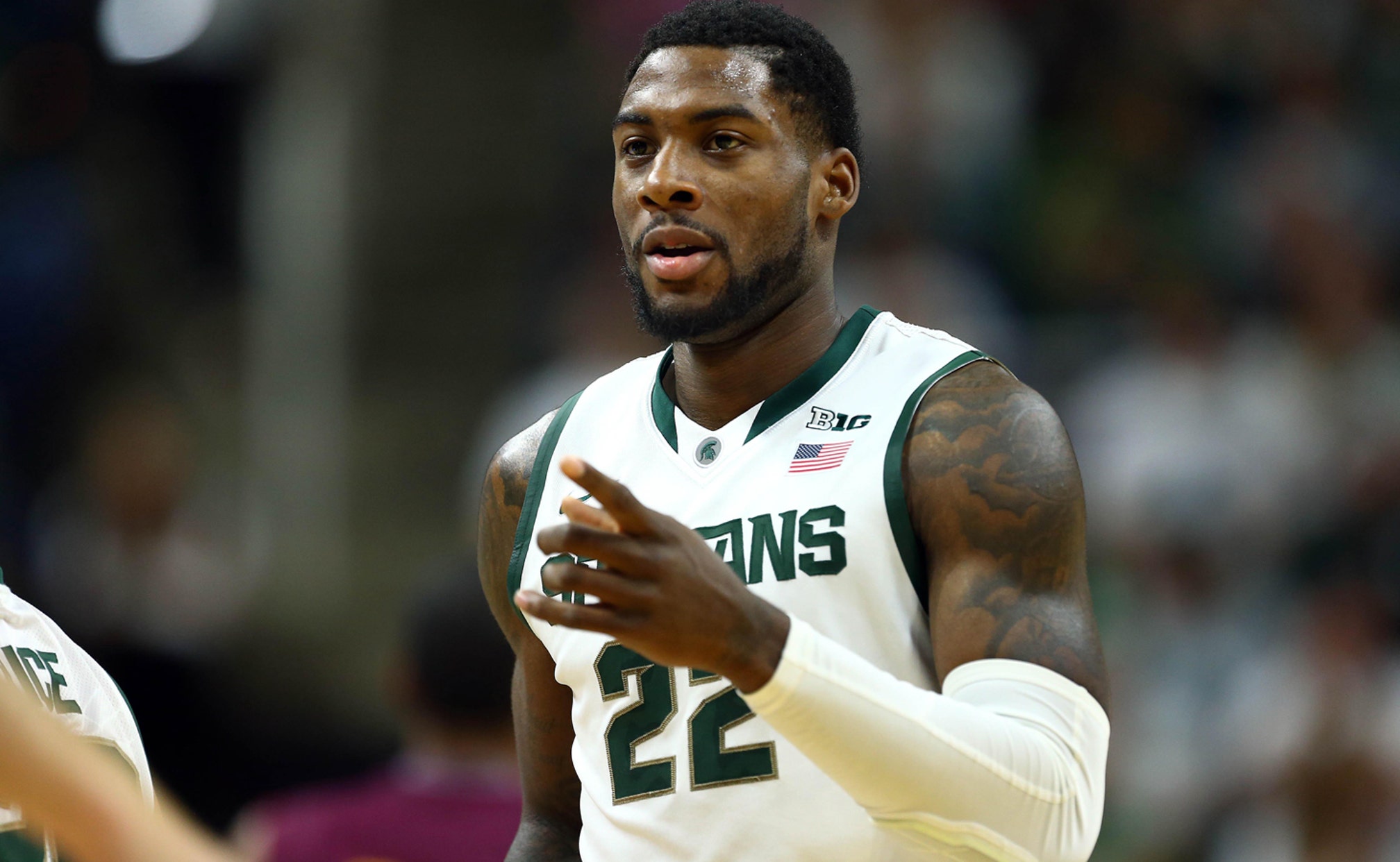 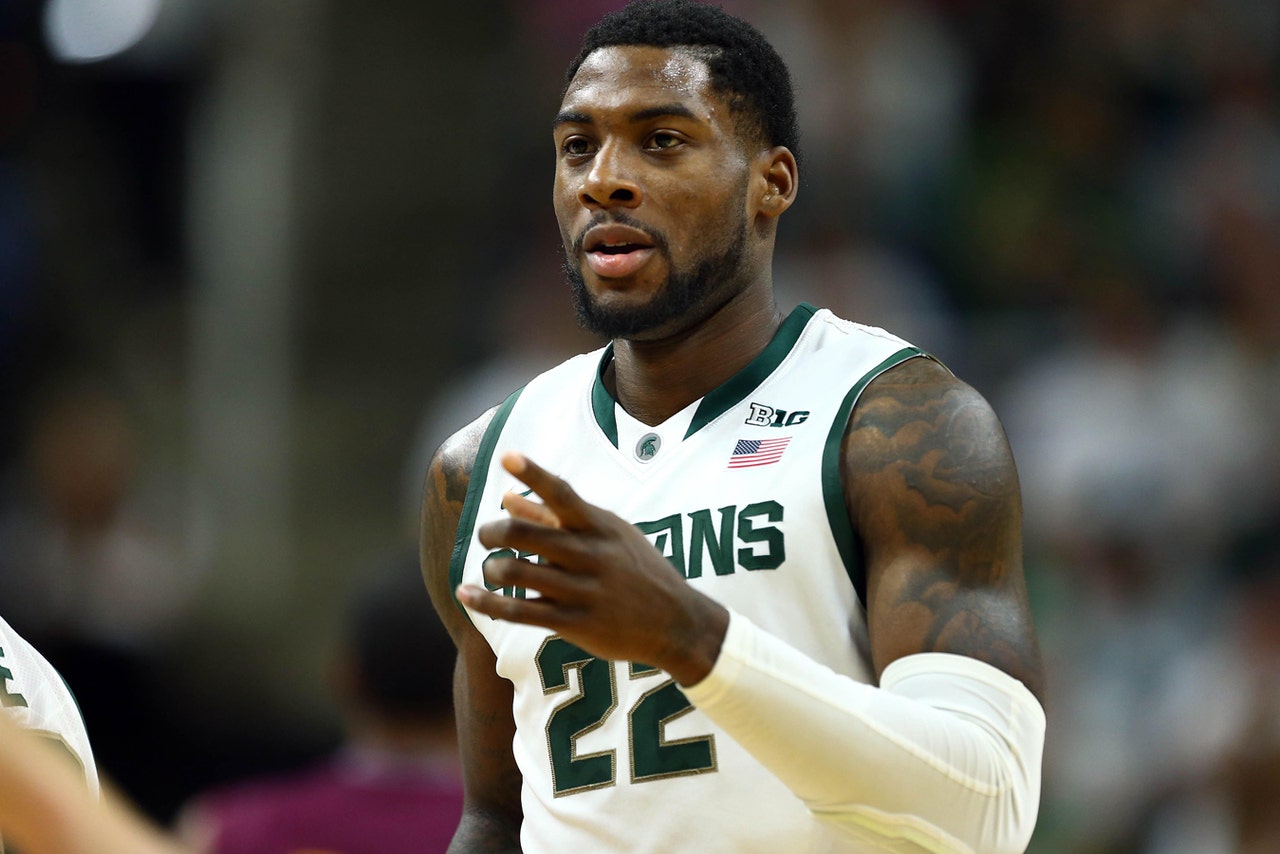 Branden Dawson takes his senior leadership role to heart, helping his Michigan State teammates stay positive through adversity and getting them more involved in the offense.

His coach, however, would like to see him be a bit more selfish as the No. 20 Spartans host Santa Clara on Monday night in the on-campus portion of the upcoming Orlando Classic.

Dawson has scored in double figures in each game and is shooting 67.7 percent for Michigan State (2-1) after hitting 7 of 11 from the field and netting 15 points in Friday's 87-52 win over Loyola.

Marvin Clark Jr. scored 15 points off the bench, a contribution that can be attributed to Dawson. When Clark picked up a technical foul, Tom Izzo was going to remove him before Dawson told the coach that the freshman "needs to learn how to play through it."

"When Clark came out (of the game later), Branden jumped to him, too, and that was impressive to me that we're starting to get a couple players coaching the team," Izzo said. "That will help us a lot."

Izzo also believes the Spartans will be more successful if Dawson is more assertive on the floor. He added seven rebounds, three assists and a block against Loyola.

"He's just so unselfish," Izzo said. "Sometimes you try to set up something for him and he's such an unselfish kid, that he's passing it out and passing it to different people. We need to get him scoring more.

"I said, what I hate about him (is what) I love about him. He's unselfish, he doesn't care about (statistics), but I wish he would a little bit more."

Dawson and Travis Trice, who is averaging a team-high 17.7 points, are the lone seniors in Michigan State's deep rotation, but junior Denzel Valentine also has stepped up to provide some leadership for a youthful squad.

Izzo hopes all three continue playing at a high level with the Spartans trudging through a road-heavy start to the season. They won at Navy in their opener and fell to No. 4 Duke in Indianapolis, and they'll head to Orlando for three games beginning Thursday before visiting Notre Dame on Dec. 3 following this two-game home stretch.

"I've got to be the dumbest scheduler in America," said Izzo, who is 54-0 at home in November. "Our games are OK, but six out of the first eight on the road is not good for a young team."

Santa Clara must get used to playing on the road as well. It fell at Utah State 60-54 on Wednesday and will also be heading to Orlando following this contest.

Brandon Clark totaled 52 points through his first two, but he finished with nine to end a 25-game streak of scoring in double figures.

"I hoped we learned a little bit about ourselves," coach Kerry Keating said. "I thought we showed signs of a young team kind of settling (for shots) a little bit."

Santa Clara won the only other meeting between these schools, as two-time NBA MVP Steve Nash scored 23 points in a 77-71 victory at the Maui Invitational in 1995 - Izzo's first season as Spartans coach.