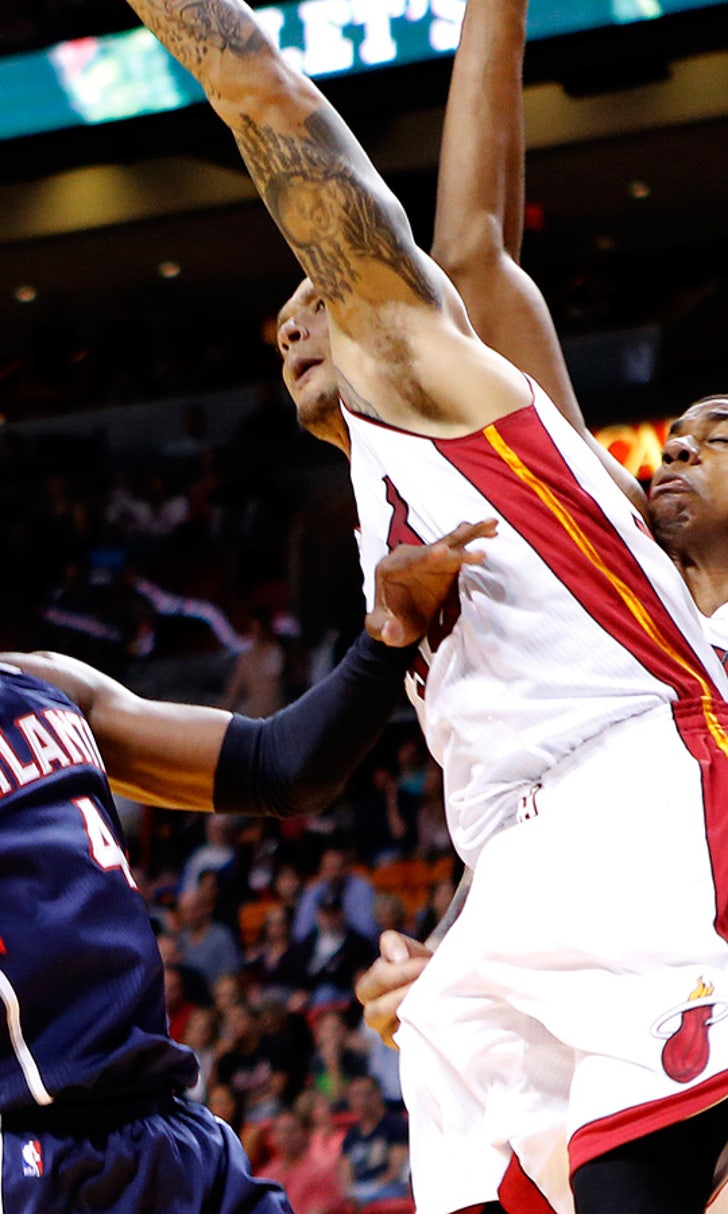 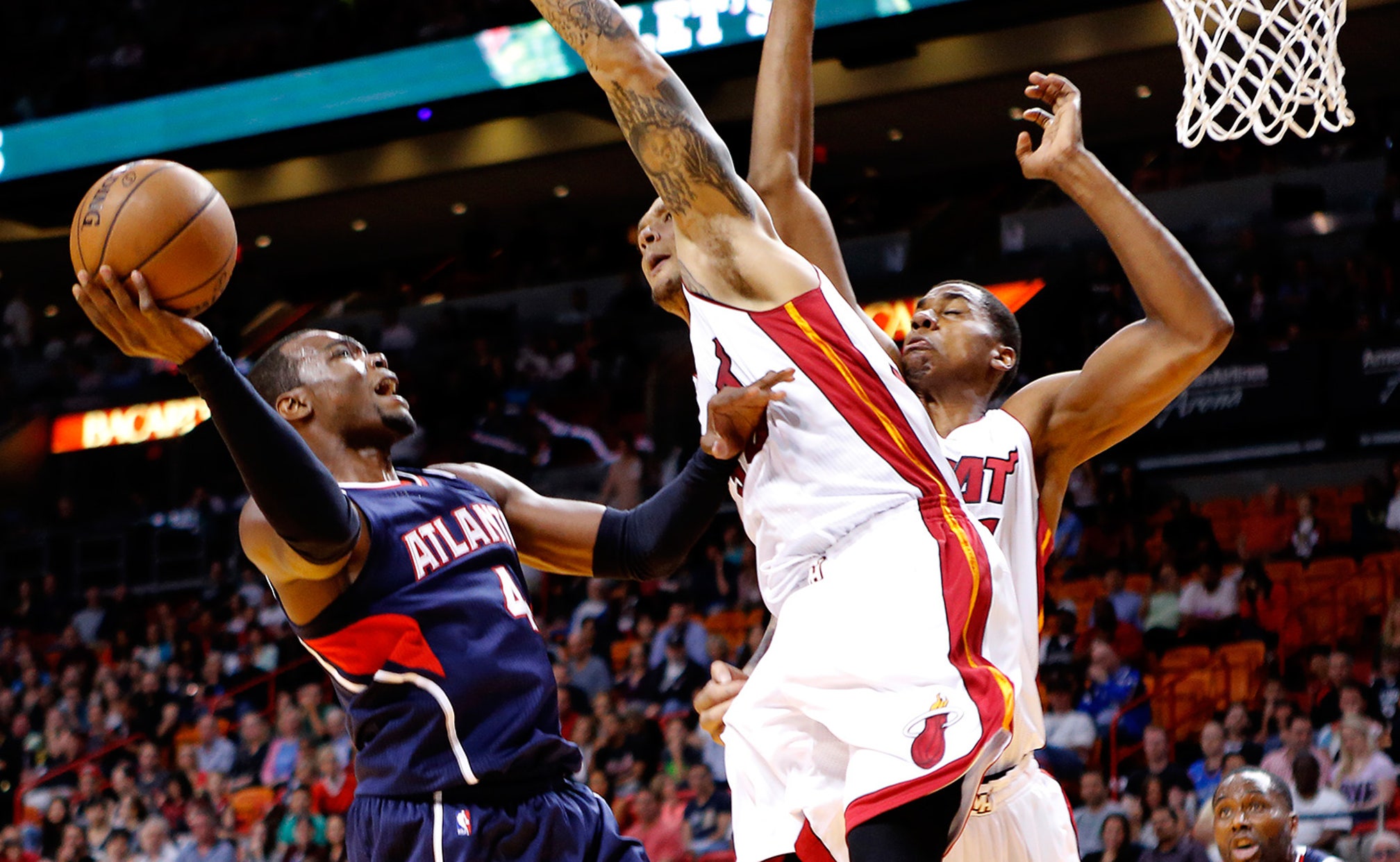 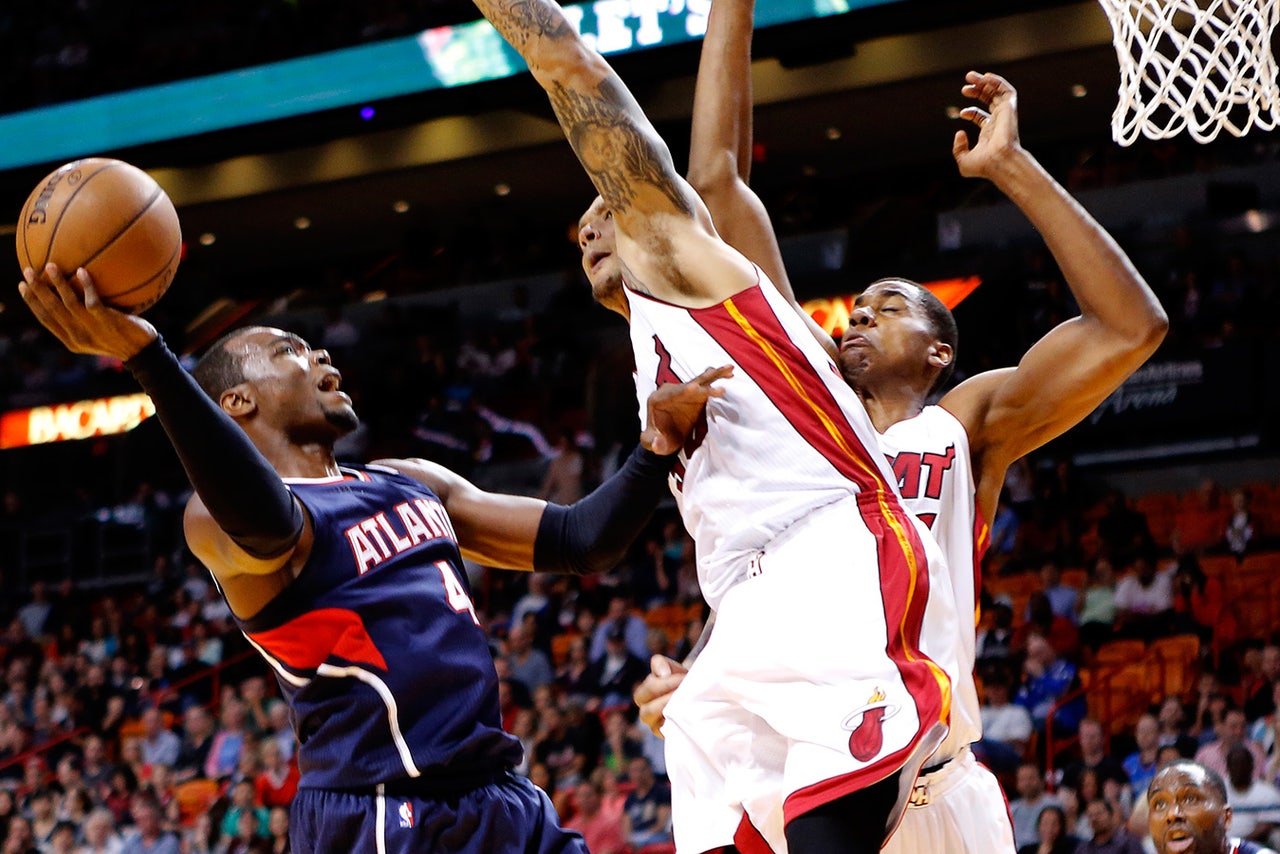 Al Horford sat out. So, too, did Jeff Teague and DeMarre Carroll and Pero Antic.

Still, not having those resting starters wouldn't keep the Hawks from winning the second game of back-to-backs for the eighth time this season.

Behind Paul Millsap's 22 points and Kyle Korver moving to fourth on the franchise's all-time 3-point list with No. 549, they edged the Heat 93-91 Saturday night in Miami to push their Eastern Conference lead to 10 games.

When LeBron James was in a Heat uniform, he and the Big 3 were an obstacle Atlanta couldn't overcome. They lost 11 of 12 games during that triumvirate's reign, and nine straight. But that isn't even the longest skid the Hawks have suffered against Miami, dropping 10 in a row from Dec. 16, 2003-March 4, 2006.

Why go through Atlanta's struggles in this series? Because it illustrates just how long it's been since the rivalry has been defined by the Hawks' dominance.

The Hawks have a chance to build on that, getting Miami on March 27 at Philips Arena, where they've already rolled to an 11-point win on Nov. 14.

As previously stated, the Hawks defense is truly the aspect of their rise that doesn't get enough attention -- ranking fourth in the league in defensive efficiency (100.0) -- but that's expected with ball movement that can be so appealing to the eye.

It was the D, though, hat paved the way for Atlanta while it rested so many of its key pieces.

On the season, the Hawks are holding opponents to 96.4 points per game, 33 percent 3-point shooting, while averaging 8.8 steals and forcing 15.7 turnovers.

Those figures get even more impressive during this recent winning steak, as Atlanta is giving up just 88 points and teams are shooting 25.2 percent from distance, while the Hawks are totaling 10 steals and forcing 20 turnovers.

The Heat turned the ball over 23 times Saturday, which the Hawks translated into 31 points. Four over those turnovers came during a 10-minute stretch in the first half when Miami missed 15 straight shots.

By halftime, the Heat had 14 turnovers, while making just 12 baskets.

Miami did manage to claw back into the game, going on a 29-14 spur to cut the lead to 65-62 off a pair of Goran Dragic free throws with 9:58 left. But the Hawks held the Heat to just four field goals over the next eight minutes in a final score that thanks to 3-pointers by Luol Deng and Mario Chalmers in the last 12 seconds, wasn't as close as it seems.

Rumored to be movable ahead of the trade deadline, John Jenkins made the most of his season-high 22 minutes on the floor.

He scored 12 points on hitting 3 of 4 on 3-pointer and 4 of 6 overall, equaling the output he had in the blowout loss to the Cavaliers on Nov. 15.

But what made it so astounding is that Jenkins, who had played 11 total minutes over the last nine games, coming in having hit four 3s all season long. He also snagged a career-high seven rebounds after sitting at four on the year coming in.

The performance of Kent Bazemore -- who spearheaded that aforementioned defensive effort -- loomed larger, but with Jenkins heading toward free agency this summer, a performance like this can go a long way toward either keeping him in Atlanta or piquing someone else's interested on the opener market.

Regardless, the plug-and-play aspect of coach Mike Budenholzer's system continues, and the Hawks look all the more dangerous for it.