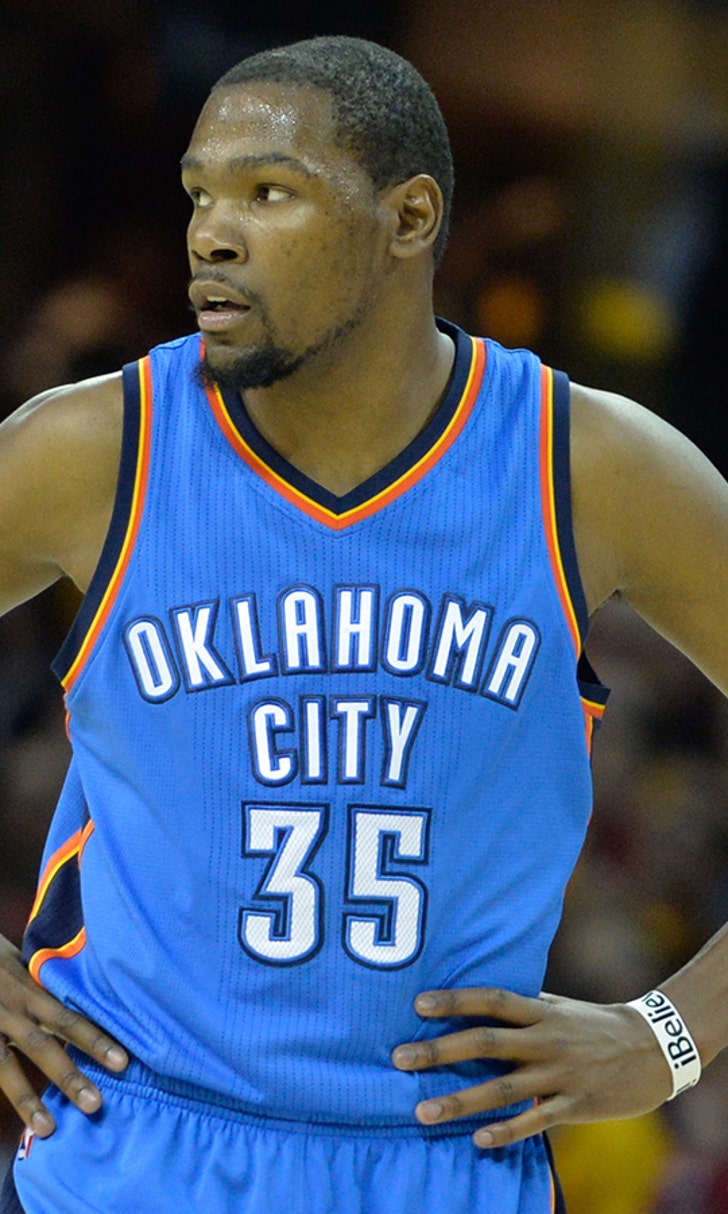 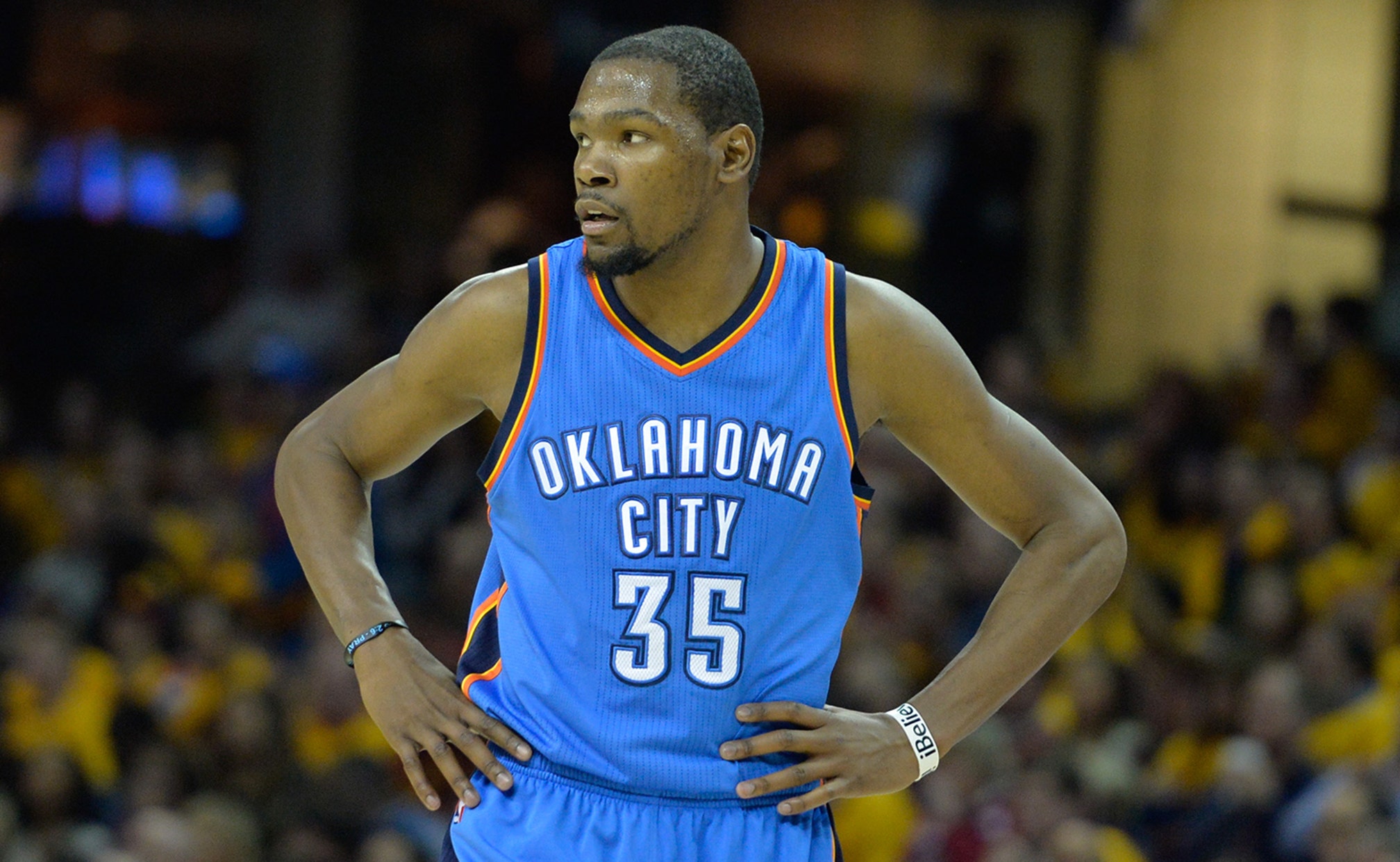 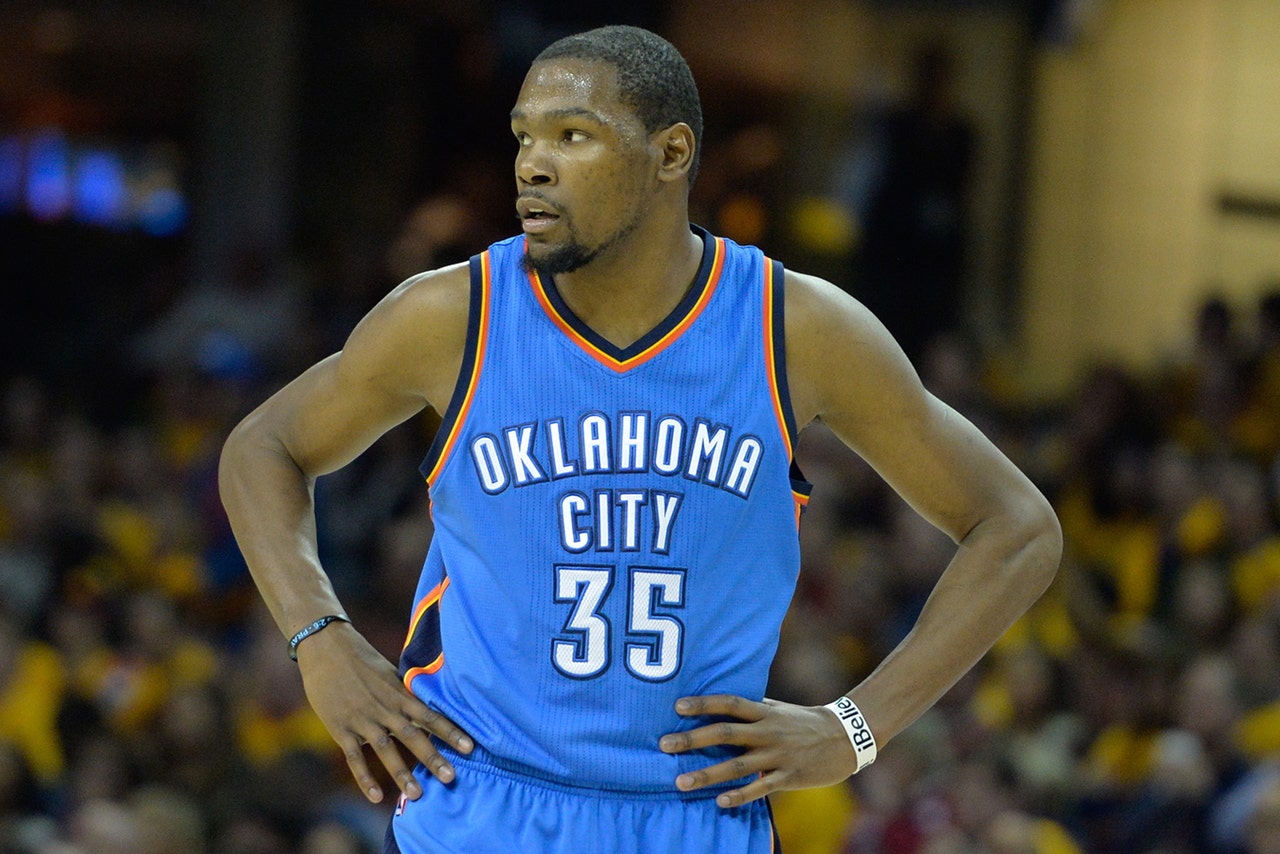 So, the Clippers Matt Barnes got into it with James Harden's mom.

The Rockets and the Clippers are set for Game 3 Friday night, but while you're thinking about why Barnes would engage with Harden's mother, here's a look at some classic Thunder trash-talking moments. No mother jokes here.

An injured Durant wasn't able to play against the Rockets in Oklahoma City, but it didn't stop Durant from talking to Dwight Howard.

"You're a p****," Durant said more than once to Howard. Those are big words coming from a guy wearing a sports coat on the sideline, but then again, Durant wasn't alone. He had some back-up. Alongside him that night in Oklahoma City were injured Thunder teammates Russell Westbrook, Perry Jones, Andre Roberson, Mitch McGary and Anthony Morrow.

First, Perkins, then with the Thunder, tried to motivate his team by saying, "They're still Sacramento," in November when talking about the lowly Kings. Apparently, Gay didn't like it, calling Perkins a "Clown." Perkins responded by calling Gay a "Virus."

"At least if I paint my face I can wash the paint off," Perkins said. "A virus gets in your bloodstream. You can't get over that."

We'll never get over you either, Perk.

The Thunder beat the Hawks in Atlanta but some court-side fans were talking to Durant and Westbrook late in the game.

Westbrook had to be restrained by Perkins. "Sometimes they can get a little disrespectful," Perkins said of the fans.

See, Perkins is always the voice of reason.

"If that's what he wants to do, good. They lost," Westbrook said to The Oklahoman. Said Durant: "I think Russ put him in his place. Let him know who the best point guard in the league is."