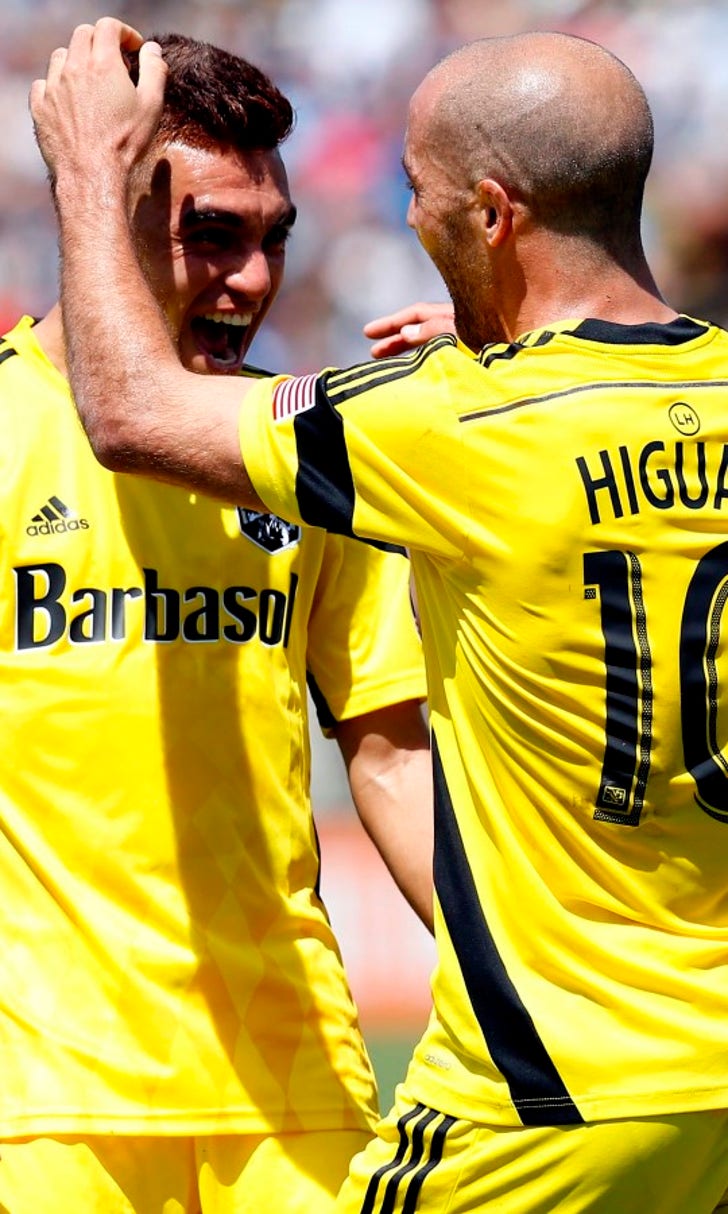 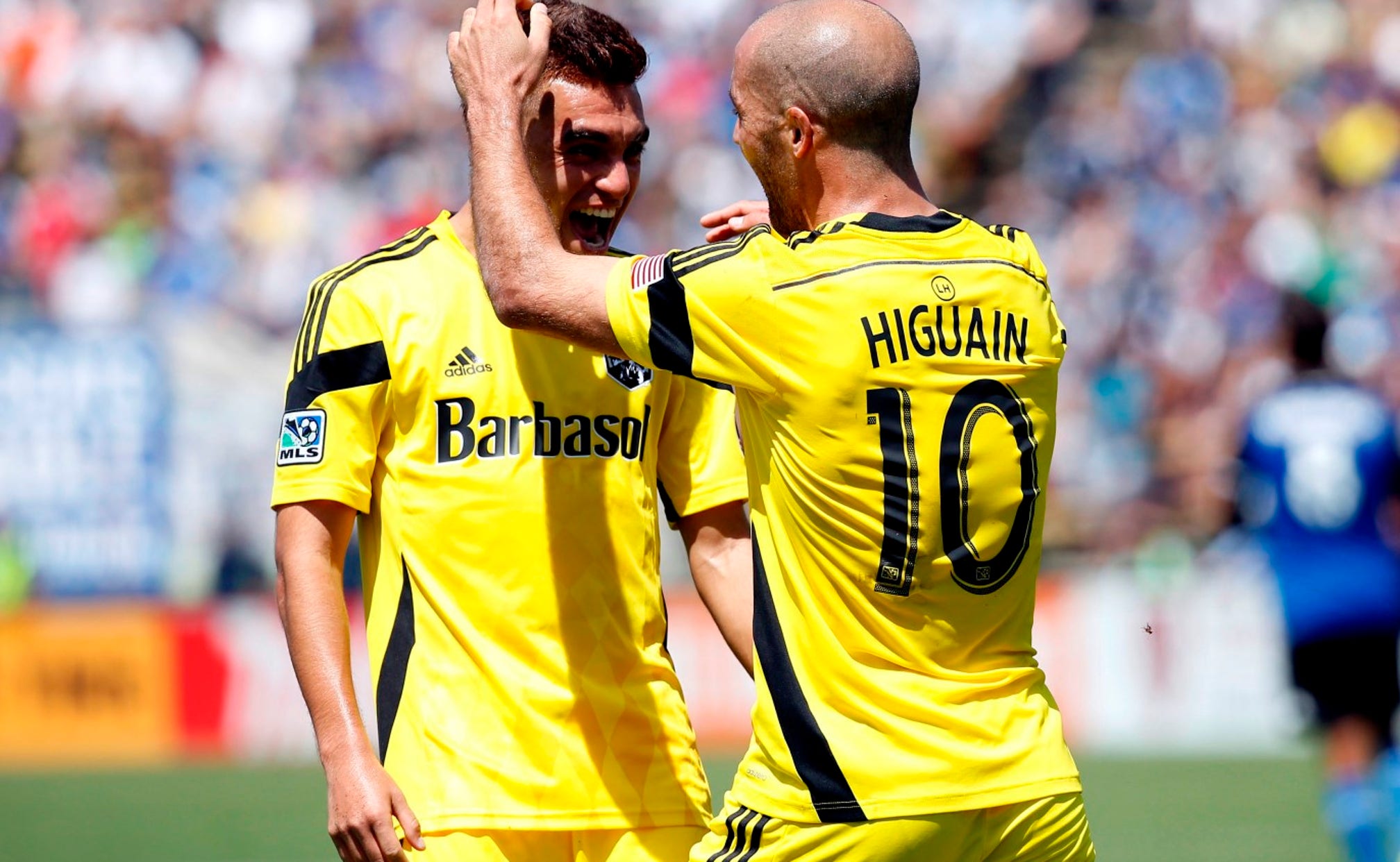 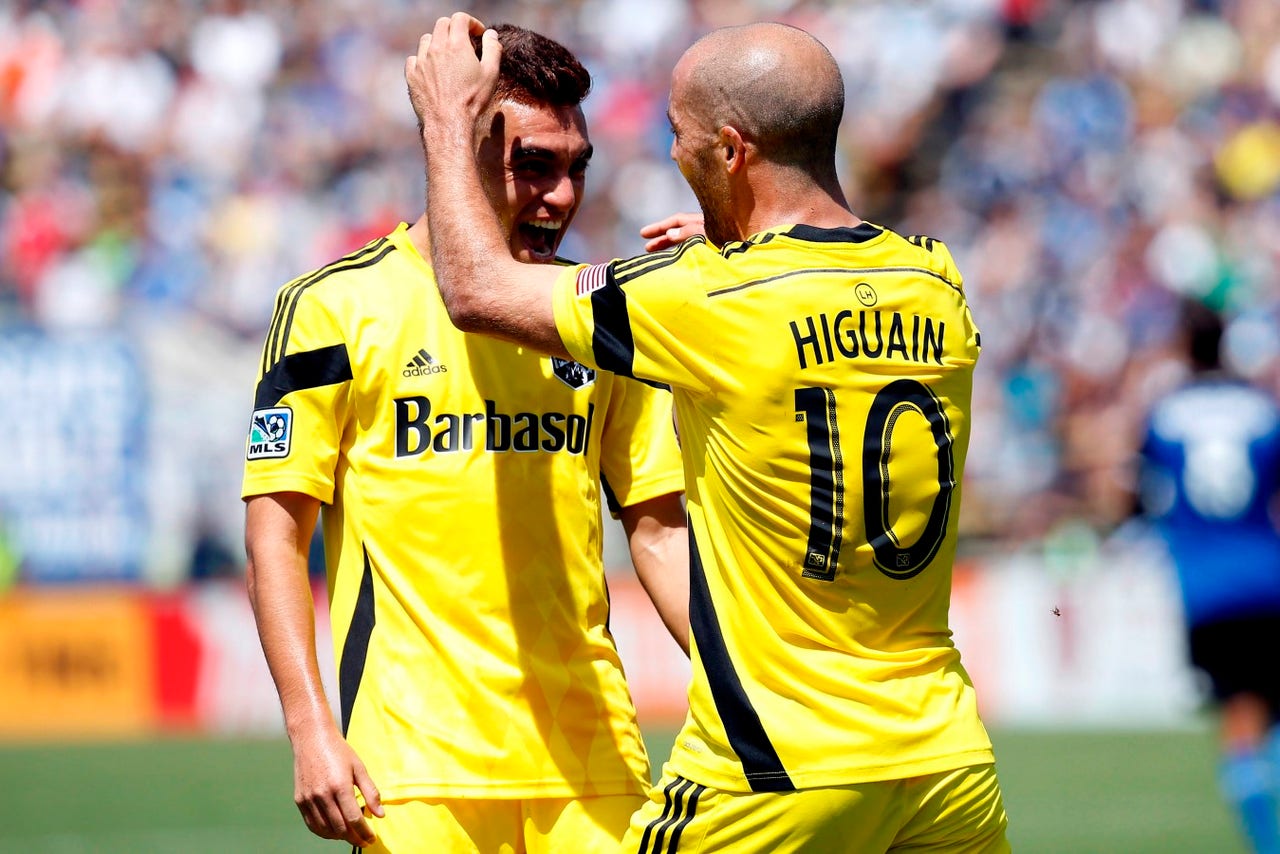 SANTA CLARA, Calif. (AP) -- Chris
Wondolowski scored on a header in the 51st minute to help the San Jose
Earthquakes tie the Columbus Crew 1-1 on Sunday.

Wondolowski has three goals this season for San Jose (0-2-2).

Federico Higuain scored his fourth goal
of the season with left-footed strike in the 44th minute for Columbus
(3-1-1). The Crew are unbeaten in three road games this year.

Columbus created the best buildups in a
first half marked mostly by end-to-end counterattacks. Higuain finally
cashed in one of those chances just before the half, slipping in
unmarked while Hector Jimenez found Waylon Francis with a diagonal pass.
Francis took the ball to the end line before turning in a grounded
cross for Higuain to slot home with his left foot from 12 yards.

San Jose nearly tied it in the 47th
minute when Yannick Djalo, freshly inserted at the half, took a short
corner and beat Steve Clark with a delicate chip that ricocheted off the
back post and out

The Quakes continued their pressure and
tied on their fifth corner kick in the opening 6 minutes of the second
half. Wondolowski got in behind Victor Bernardez's near-post run and
headed home Shea Salinas' delivery.

Crew forward Dominic Oduro beat
Earthquakes goalkeeper Jon Busch with a strong header in the 82nd
minute, but crashed off the crossbar. Wondolowski came close in the 89th
minute after being freed by a lead pass from Jean-Baptiste Pierazzi,
but his shot tailed wide of the near post.