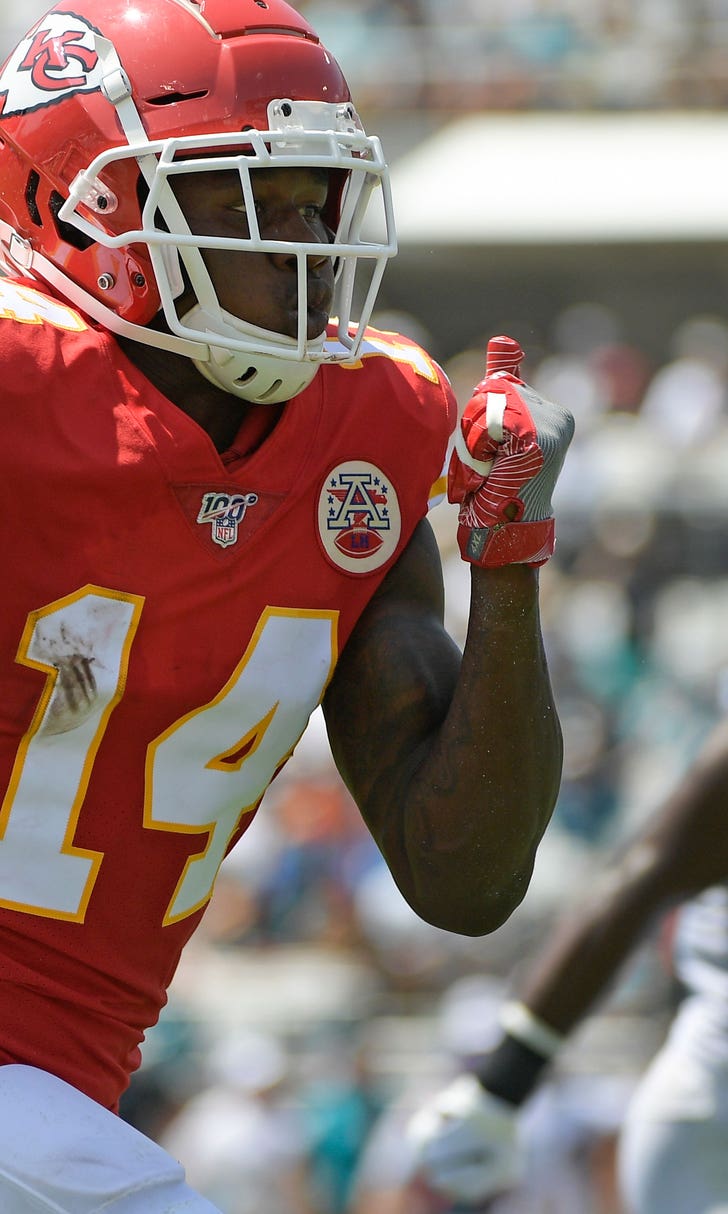 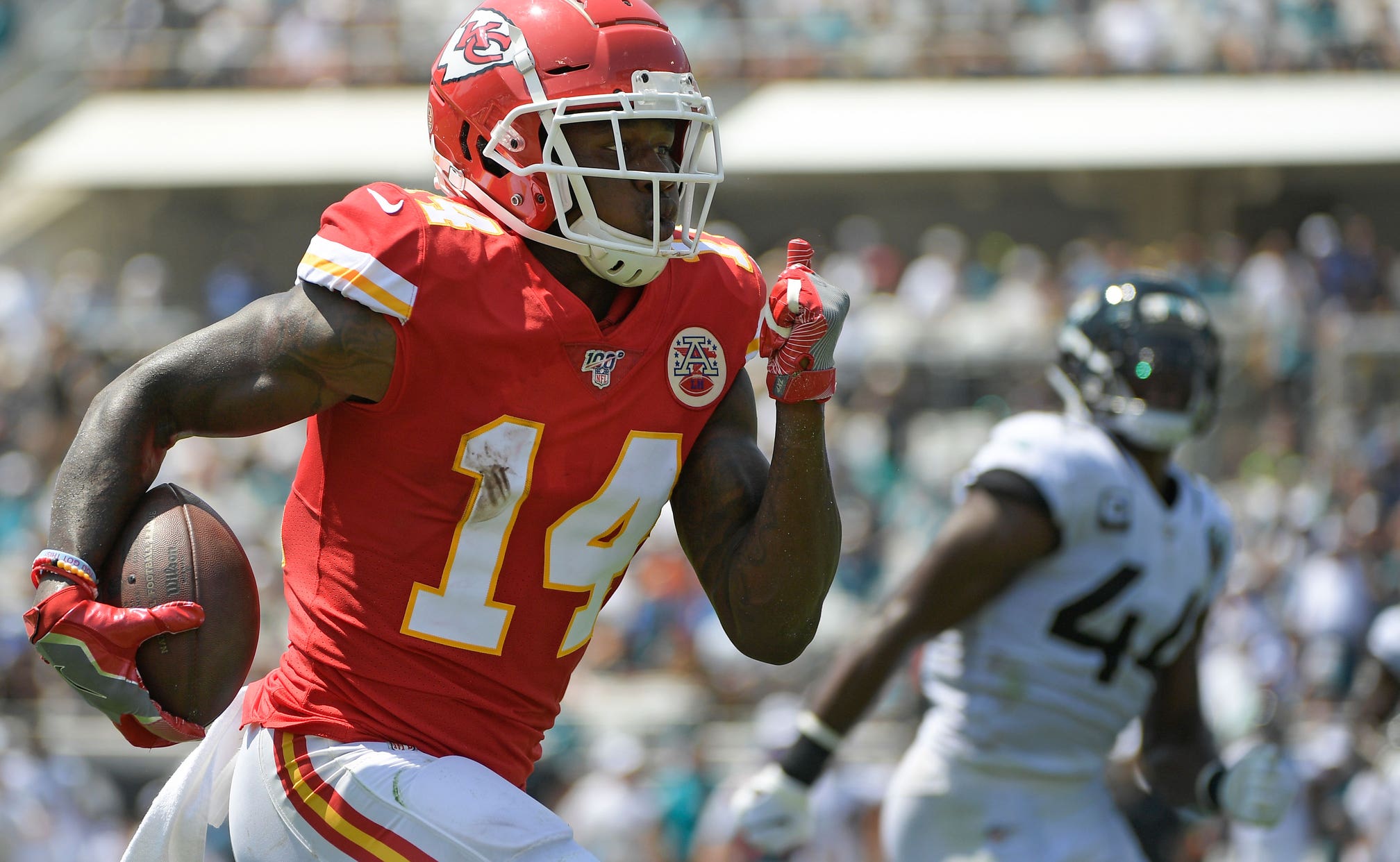 Chiefs' Watkins, four other starters to sit out Broncos game 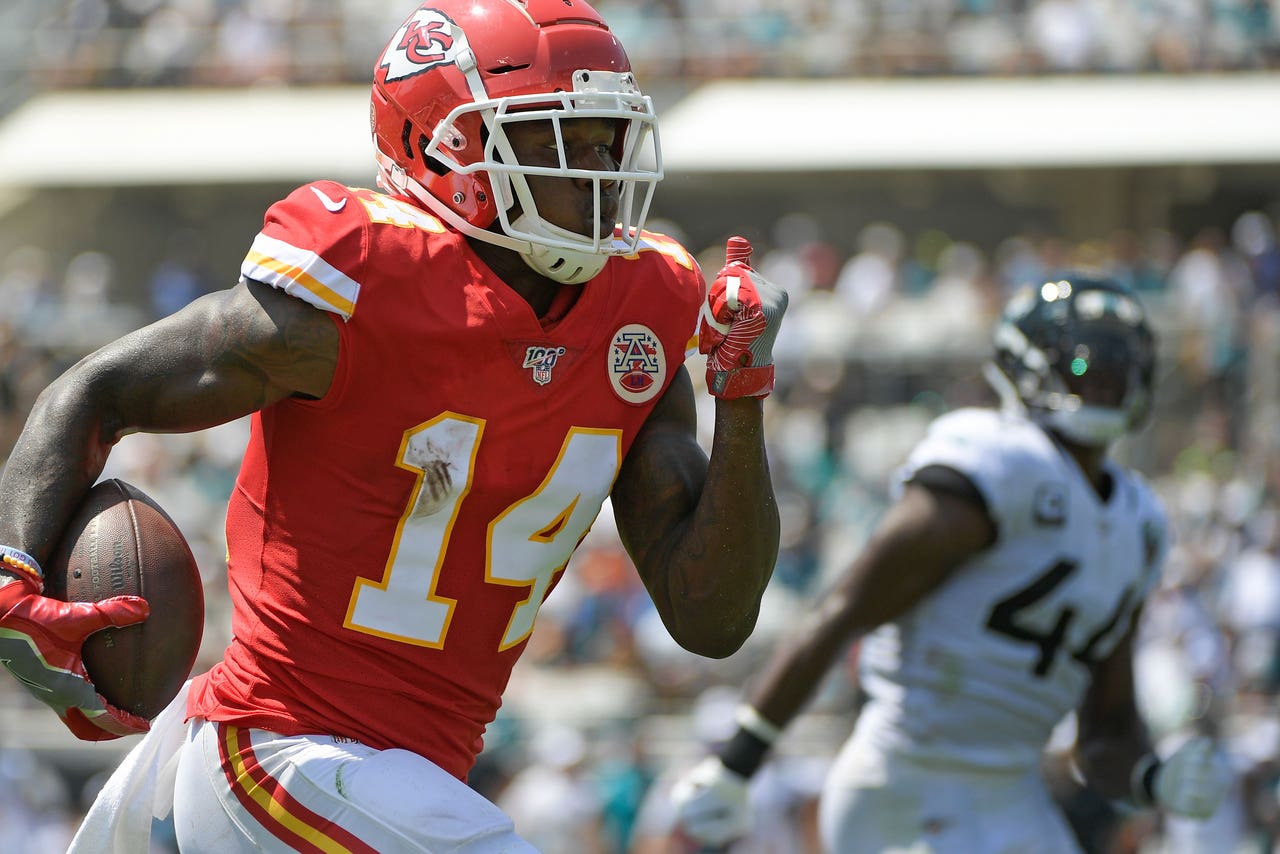 Watkins was a limited participant in practice this week but was ruled out Wednesday.

The Chiefs are down several starters as they face a division rival on short rest. Defensive back Kendall Fuller was ruled out after breaking his thumb in last week's loss to Houston, defensive tackle Chris Jones and left tackle Eric Fisher have core muscle injuries, and left guard Andrew Wylie is out with an ankle injury.

Cornerback Bashaud Breeland was listed as questionable with a non-injury designation. If he's unable to play, the Chiefs would have Charvarius Ward, Mo Claiborne and rookie Rashad Fenton at cornerback.

The Chiefs did get some positive news in that middle linebacker Anthony Hitchens would be back on the field. The on-field play-caller missed last week's game with a groin injury. 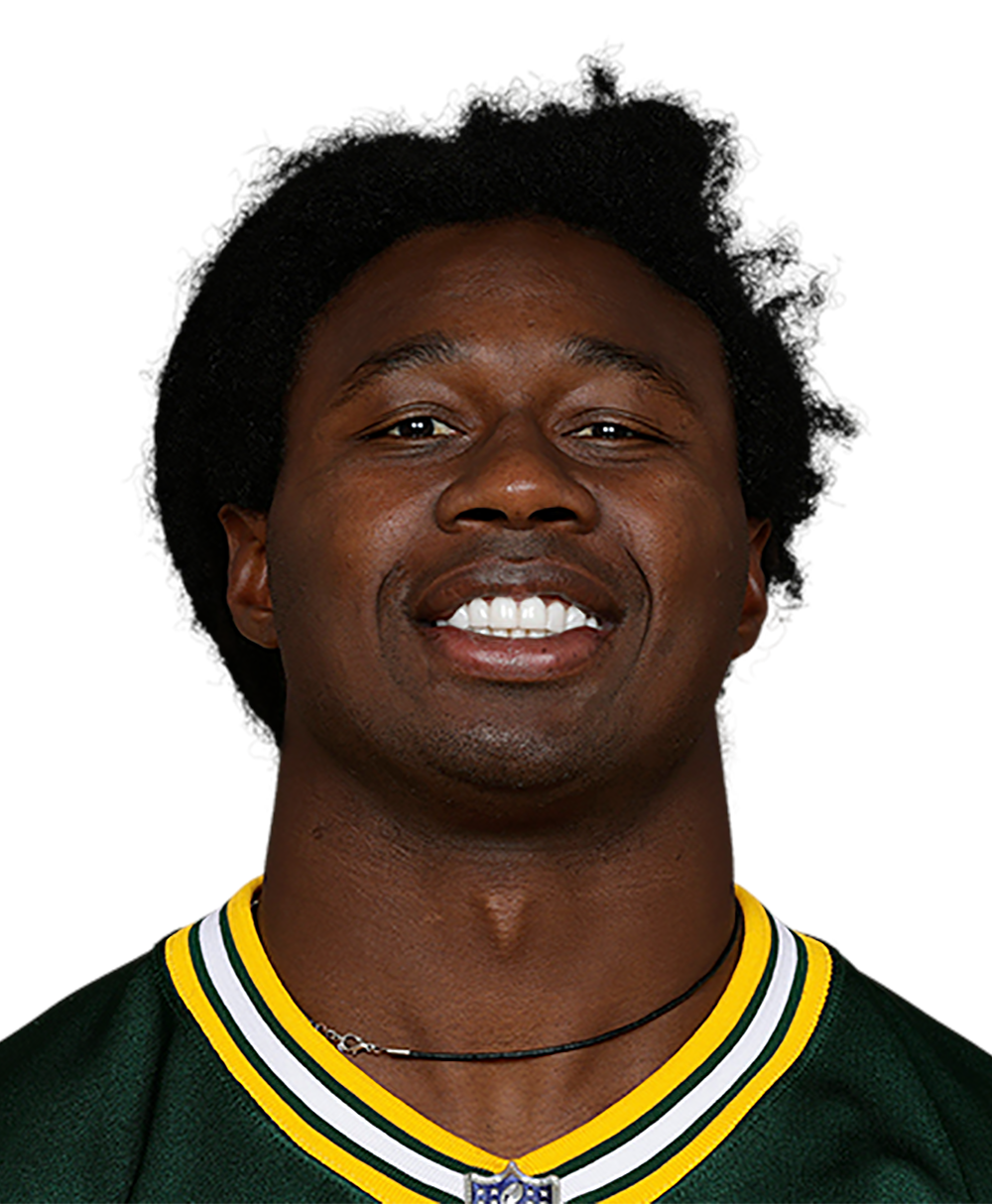