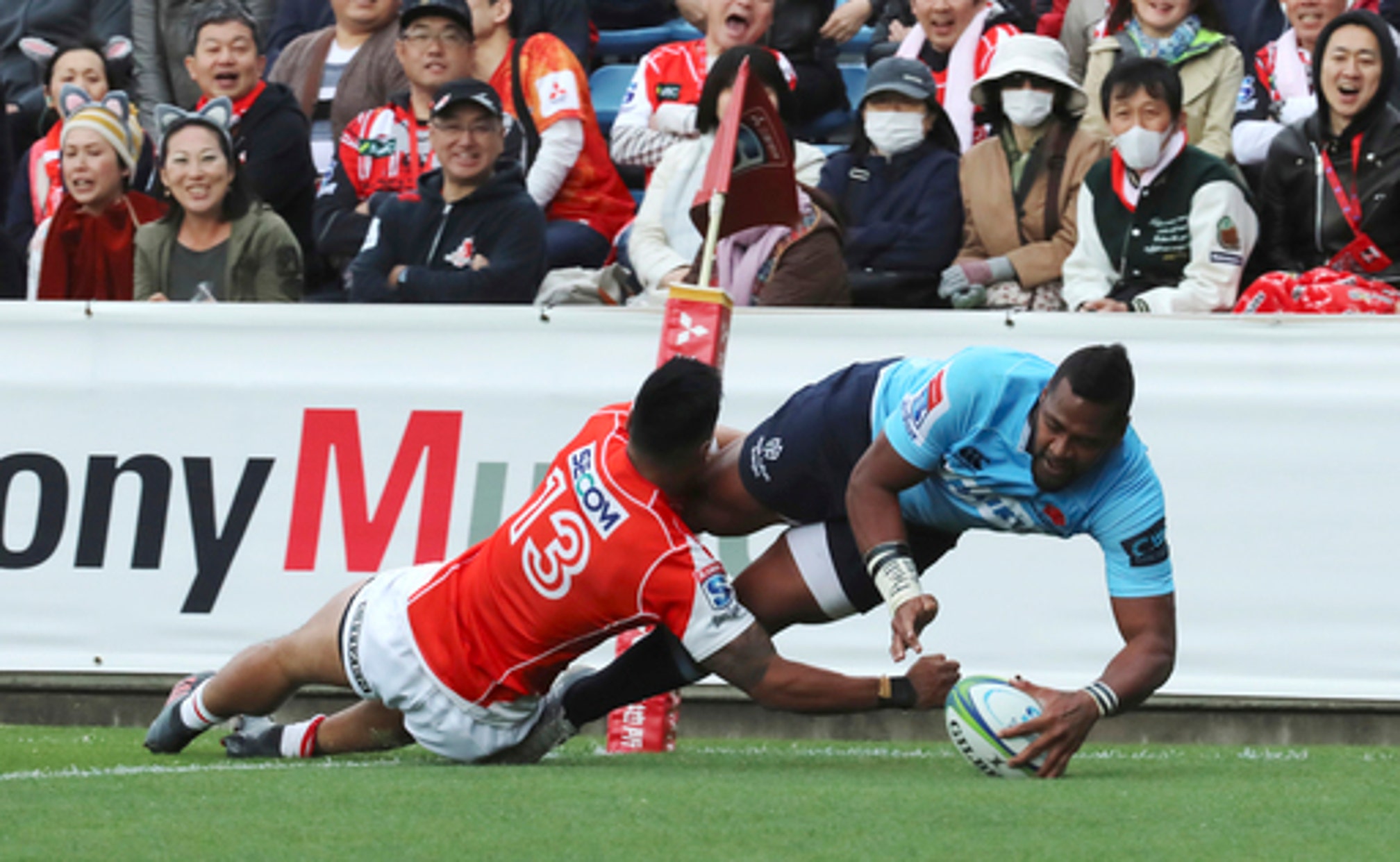 JOHANNESBURG (AP) Lions wing Madosh Tambwe scored a hat trick inside the first 13 minutes in a 52-31 win over the Stormers in Super Rugby and a return to form for last year's runner-up on Saturday.

Tambwe finished with four tries and the Johannesburg-based Lions with eight to go to the top of the overall standings, although they've played two games more than their close rivals.

One of those rivals is New Zealand's Chiefs, who needed a penalty try in the 74th minute to edge the Blues 21-19. That extended to 14 matches the Chiefs' record winning streak over the neighboring Blues.

Tambwe scored inside the first minute at Ellis Park with a blistering solo break from deep, went in again in the ninth from close range, and collected a cross-kick in the 13th for his hat-trick try.

He added a fourth early in the second half as the Lions played the relentless attacking rugby that carried them to the last two finals.

The Lions led the Cape Town-based Stormers 52-17 with their eighth try, scored by returning Springboks winger Ruan Combrinck, before the Stormers pulled it back toward respectability with two late scores, the second a penalty try well after the final hooter.

The Lions are 11 points clear in the South African conference and two clear of New Zealand's Hurricanes in the overall Super Rugby standings. Australia's Melbourne Rebels are third and the Chiefs fourth, but the Lions have played eight games to six by the Hurricanes, Rebels, and Chiefs.

The Lions have also played seven of their eight games in South Africa and face the test of a four-game tour to Australia and New Zealand.

In Hamilton, New Zealand, the Chiefs benefited after the Blues were reduced to 14 men in the 67th by the sin-binning of lock Josh Goodhue for a professional foul.

The Chiefs forced a series of scrums close to the Blues line and were awarded the game-clinching penalty try when the Blues collapsed the last of those scrums, which seemed likely to yield a pushover try. The automatic conversion gave the Chiefs their first lead since the 35th when the Blues went ahead unexpectedly with a try to captain James Parsons.

The Chiefs showed again their ability to eke out wins in even the most difficult situations, rallying from 19-14 down to steal the match. Their best players were Brodie Retallick and his locking partner, Canada international Tyler Ardron, who showed skill around the field and helped answer the Blues' physical approach at breakdowns.

''I thought we created plenty of opportunities but we didn't finish many,'' Chiefs captain Sam Cane said. ''What was pleasing was that we didn't get too frustrated.''

The win extended the Chiefs' run of wins over the Blues which stretches back to 2011 and is the longest by one team over another in Super Rugby history.

The Jaguares were still in the match, 26-14 down and on attack, in the 66th minute. But the Crusaders won a tighthead at a scrum near their own line and Ryan Crotty scored from the subsequent breakout, before Mataele scored his second try three minutes later to make the Crusaders' win seem emphatic.

Elsewhere, the New South Wales Waratahs took a bonus point from a seven-tries-to-four, 50-29 win over the Sunwolves in Tokyo. But Waratahs captain Michael Hooper was sin-binned for foul play and could face further sanctions.

And in an all-Australian derby at Canberra, the ACT Brumbies overcame an 18-12 halftime deficit to beat the Queensland Reds 45-21.