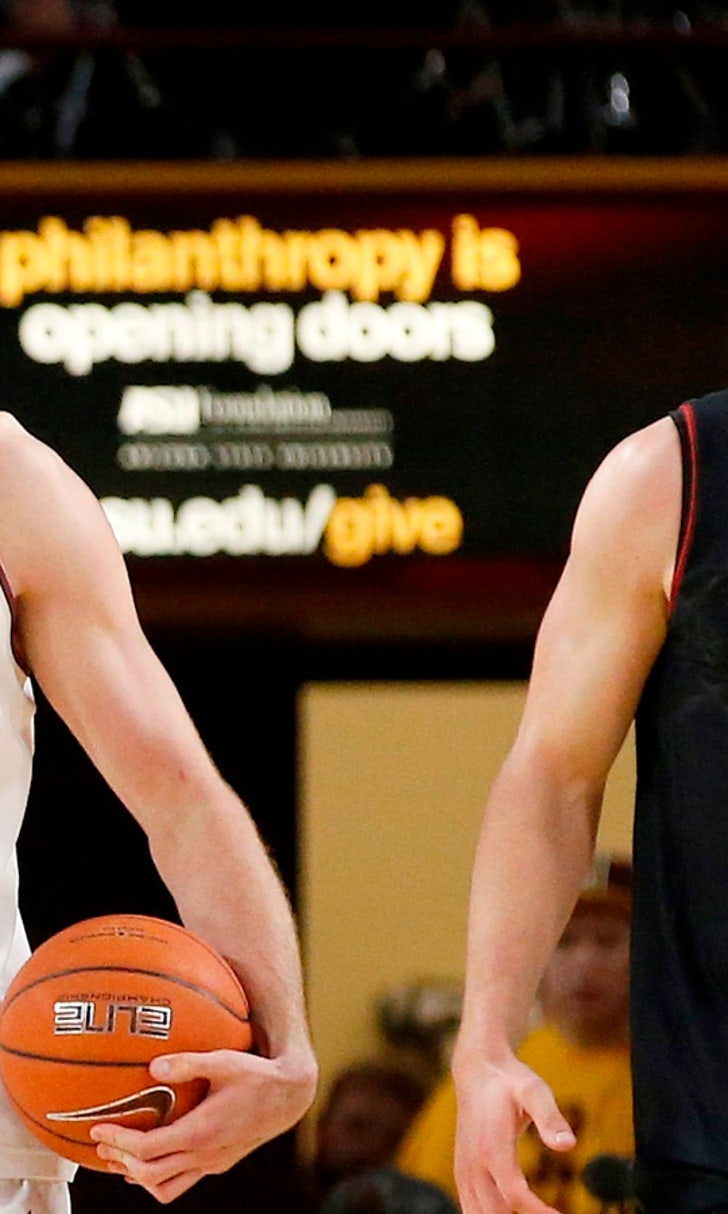 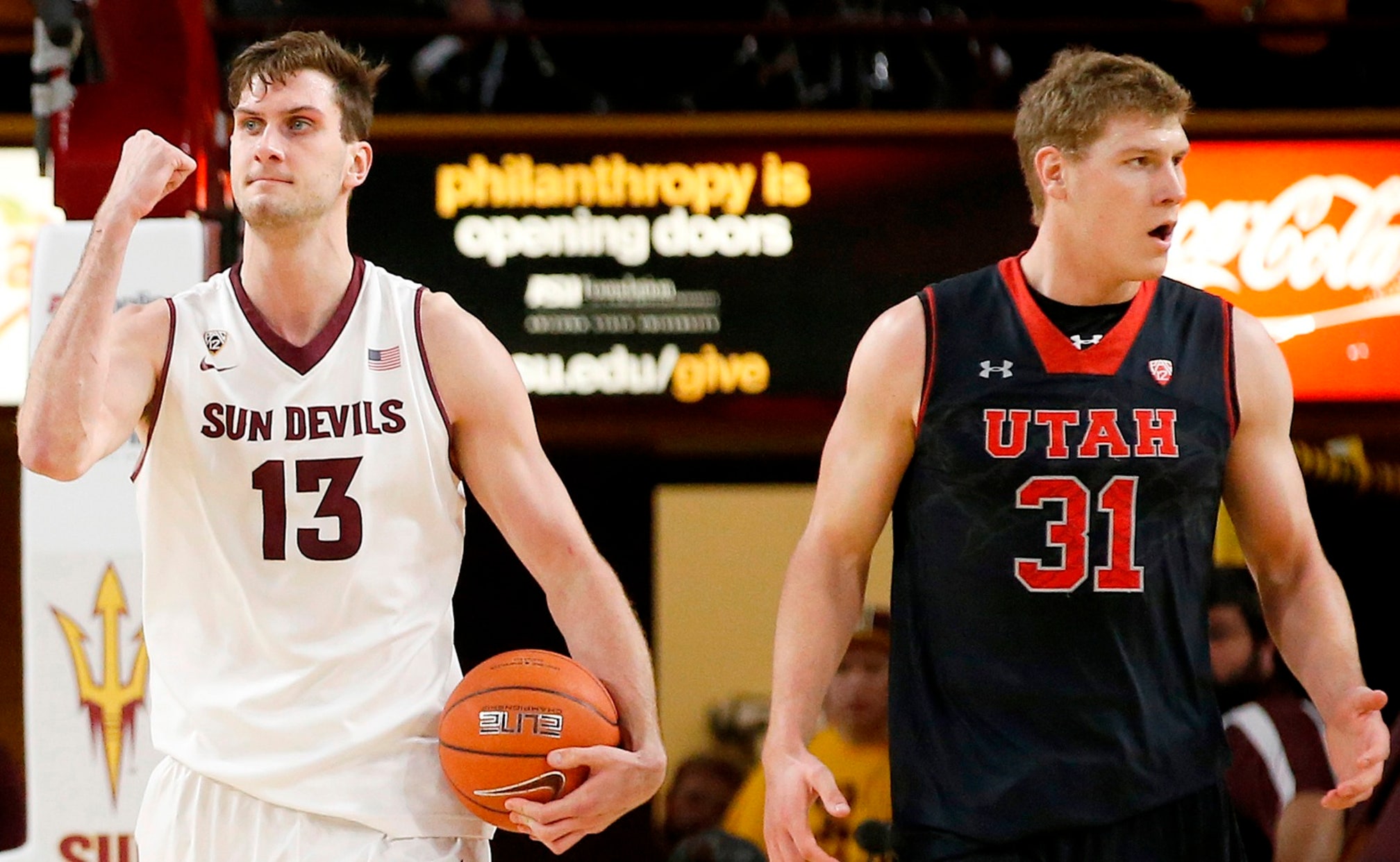 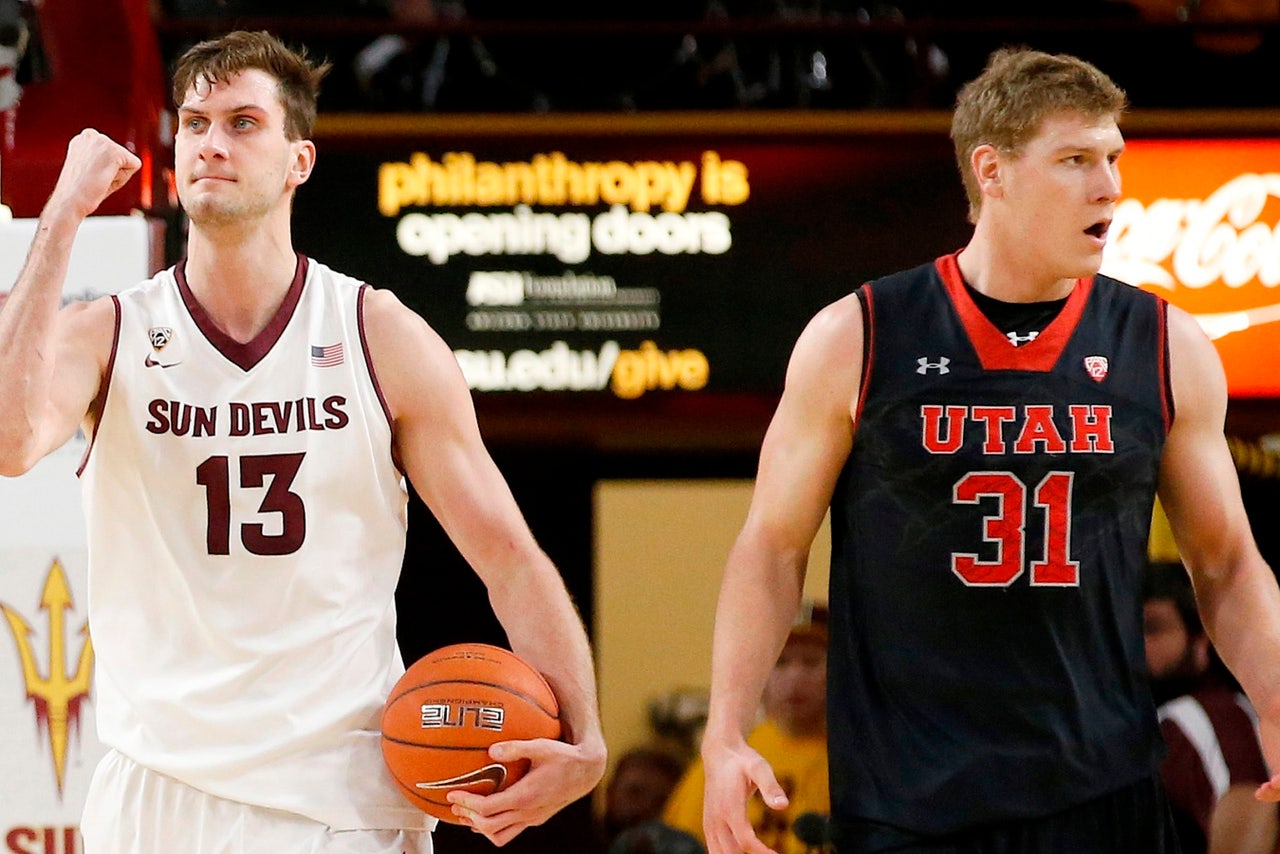 Jordan Bachynski had 11 points and 12 rebounds for Arizona State.

Shaquielle McKissic added 11 points for Arizona State, which had lost two in a row.

After missing three of four free throws, Arizona State finally put it away when Jermaine Marshall made three of four at the foul line.

Arizona State got a strong game from seldom-used Bo Barnes, who scored nine points, including a pair of 3s.

Utah, coming off home victories over UCLA and Southern California, used a 9-0 run to go up 28-19 on Loveridge's 3-pointer with 8:10 left in the half.

Carson brought the Sun Devils back, scoring seven points in a 10-2 spurt that cut the lead to 34-33 on Gilling's 3-pointer 3:50 before the break.

But Wright's three-point play, followed by Loveridge's 15-footer boosted it to 39-33.

McKissic's baseline jumper at the buzzer cut Utah's lead to 41-37 at the half.

Arizona State took its first lead since the opening minutes, 46-45 on Bachynski's two free throws with 6:33 to play. But Loveridge responded with a 3-pointer and Utah was on top 48-46.

Gilling's 3 put the Sun Devils up 50-49, triggering a 7-0 surge that had Arizona State ahead 54-49 when Brandan Kearney scored with 12:58 left. Utah managed one final surge before the Sun Devils pulled away for good.